Accessibility links
A Warning For Latin America's Faltering Economies: 'Innovate Or Die' : Parallels Latin economies thrived when prices for raw commodities soared. But with those prices down sharply, the region is hurting owing to a lack of high-tech and other cutting-edge industries. 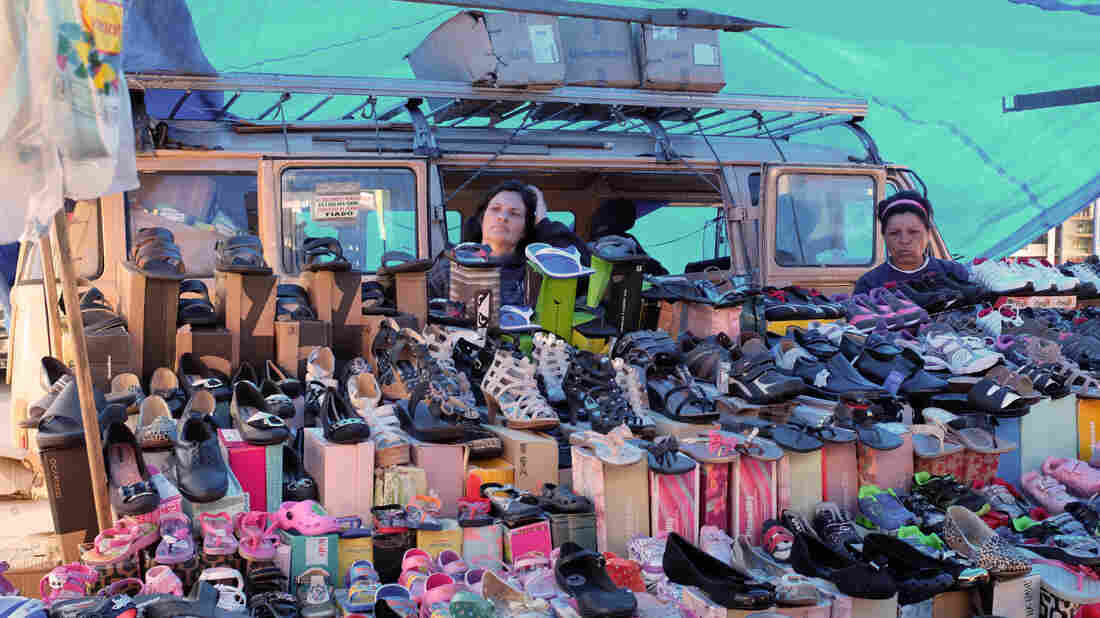 A woman waits for customers at a street market where she sells shoes in Sao Paulo. Brazil and other Latin American economies have prospered by selling commodities and low-tech goods. But now many economies are struggling, and some point to the region's lack of high-tech and other cutting-edge industries. Andre Penner/AP hide caption 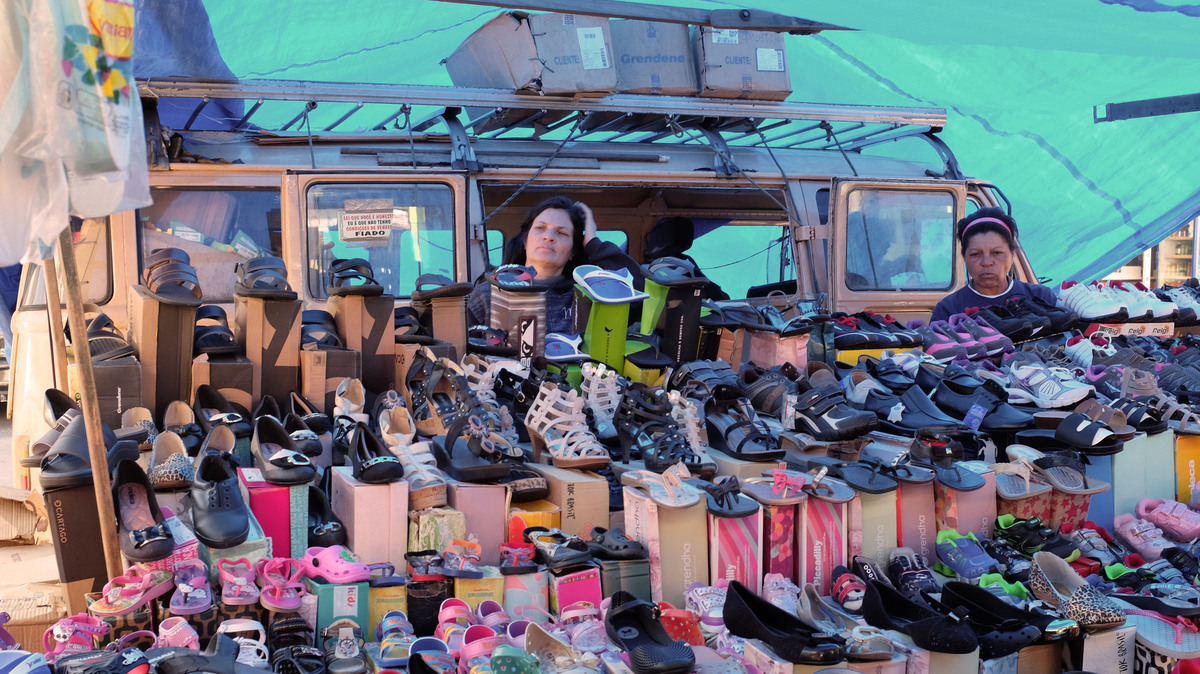 A woman waits for customers at a street market where she sells shoes in Sao Paulo. Brazil and other Latin American economies have prospered by selling commodities and low-tech goods. But now many economies are struggling, and some point to the region's lack of high-tech and other cutting-edge industries.

One look at the Brazilian flag and you think: This must be a space-age, high-tech country. That star-spackled orb in the middle glowing like a planetarium. The banner wrapped around it hailing "Order and Progress." Engineers must be rock stars there, right?

Unfortunately, no. And that's a big reason Brazil and much of the rest of Latin America are headed into a steep economic slump these days. The region's stubbornly low-tech ethos has come back to haunt it — and unless it purges that ghost, and fast, it may miss out on real development in the 21st century the way it did in the 20th.

Ronald Wieselberg knows that all too well. The Rio de Janeiro-born engineer is vice president for business development at Safety Pay, a tech company in Miami Beach that facilitates online transactions with and within Latin America.

Wieselberg still cares about Brazil, which is why he helps run a scholarship fund his engineer father recently set up back in Rio. Called JS3, it helps Brazilian students pursue mostly STEM-related fields — science, technology, engineering and math — that are chronically neglected in Brazil and throughout Latin America.

"We want people to study these things in Brazil," says Wieselberg, "and not just rely on the United States."

That sort of educational philanthropy is rare in Latin America — and the region needs it now more than ever. Brazil's economy, the region's largest, slid into recession this year, and Latin America's decade-long economic boom has suddenly turned south.

The main culprit: global prices for commodities like Brazilian soybeans and Venezuelan oil that have collapsed like sand castles on Copacabana Beach.

"Brazil has taken a free ride on this commodity boom," says Wieselberg. "And that made Brazilians, especially the government, very complacent." 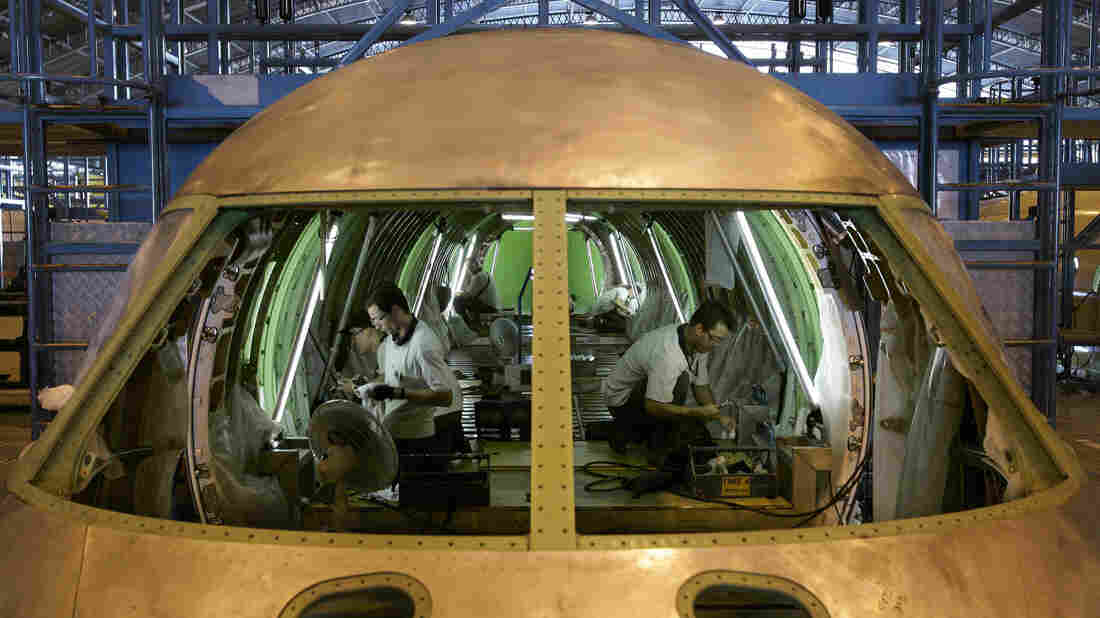 Brazilian technicians assemble an aircraft at an Embraer plant, in Sao Jose dos Campos, north of Sao Paulo, in 2007. Embraer is a relatively rare example of a high-tech industry in Latin America that has built an international reputation. Mauricio Lima/AFP/Getty Images hide caption 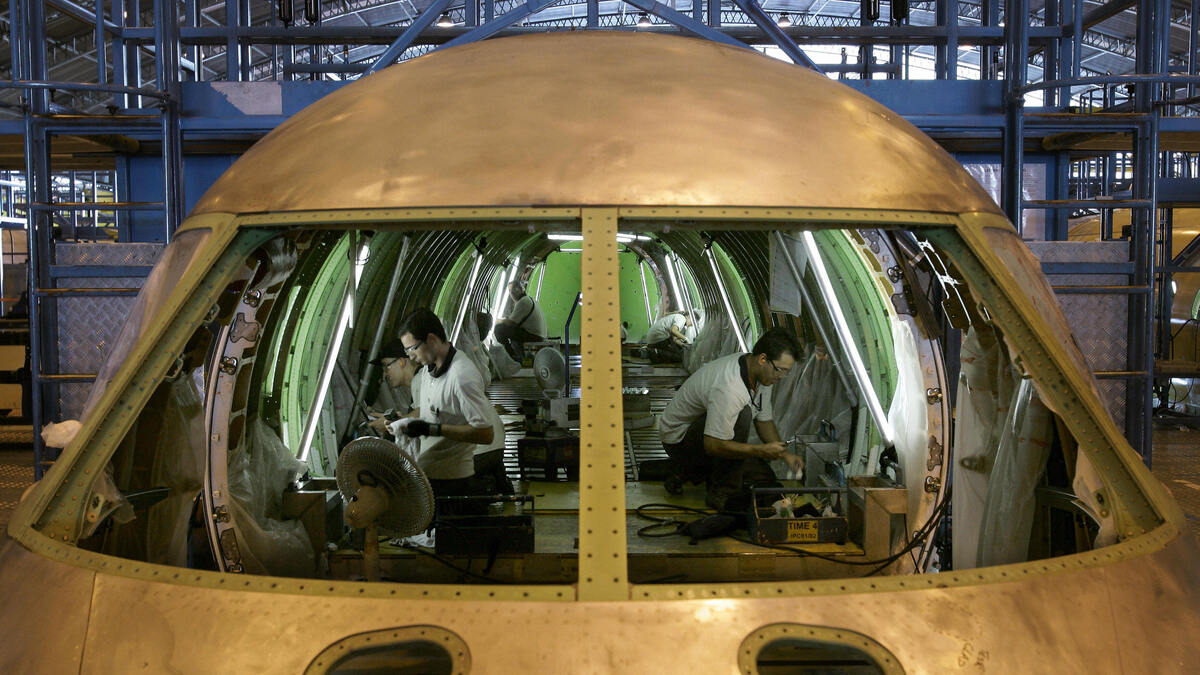 Brazilian technicians assemble an aircraft at an Embraer plant, in Sao Jose dos Campos, north of Sao Paulo, in 2007. Embraer is a relatively rare example of a high-tech industry in Latin America that has built an international reputation.

A Dependence On Commodities

But if Brazil and Latin America want to reach the next level of development, they have no choice now but to wake up and ditch their dependence on raw commodities exports. From Mexico to Argentina, they have to start building more high-tech, value-added industry, like Brazilian jet-maker Embraer, which is a rare example.

Sounding that alarm has become something of a movement these days. Miami Herald columnist Andres Oppenheimer just published a book whose title is a not-so-subtle warning for the region: Crear o Morir! — Innovate or Die!

On the opening page, Oppenheimer asks why Latin America has yet to produce a tech visionary like the late Apple computer founder Steve Jobs. It's an especially apt question when you consider that a new, tech-hip generation of Latin Americans seems ripe for that mission.

"[Go to] any technology fair in Brazil and you see tons and tons of startups by 20-year-olds," says Wieselberg. "That has been a real game changer in terms of how people [there] perceive themselves as entrepreneurs."

Problem is, the game has yet to change inside Latin America's power corridors, says Gabriel Sánchez Zinny, an Argentine who heads the education consulting firm Kuepa.com in Washington, D.C.

"I don't even think the conversation today in Latin America among political leaders and business leaders includes, 'How can we increase or improve competitiveness?' " says Sánchez, who is author of a new book addressing the region's tech deficiency, Educación 3.0.

So it's not surprising that South Korea alone submits 10 times more patents for new inventions than Latin America does as a whole.

"Latin American schools are not producing workers and professionals who can be successful in a knowledge-based economy," says Sánchez. "It's about making human capital the center of development in Latin America for a change."

The region is finally starting to come around to that education imperative. The Brazilian government a few years ago launched "Science Without Borders," a program that hopes to send more than 100,000 students to universities in the developed world for STEM training.

Many of them are going to Florida. The University of Florida in Gainesville, in fact, has hosted almost 300 of those Brazilians, more than any other U.S. school.

Among them is Lara Nesralla, an engineering undergraduate, who says a big challenge is changing her country's attitude about what she does.

"If you're a lawyer or a doctor, people respect you," says Nesralla. "But if you are an engineer in Brazil or a research scientist, you're not so respected." Especially, she adds, if you're a woman.

Mexico recently started a program similar to Science Without Borders, and the number of Latin American students doing STEM studies in the U.S. is on the rise. What's more, they plan to return home for a change. Latin America could finally see brain gain instead of brain drain.

That, says Ernane Vieira Neto, a Brazilian Ph.D. student in ecology at the University of Florida, should create a virtuous cycle: "It will stimulate other people [in Latin America] to follow their steps and improve our science programs."

Tim Padgett is the Americas editor for WLRN in Miami. You can read more of his coverage here.