Accessibility links
When Islamic Radicals Turn Moderate : Parallels The world has been focused in recent days on Muslims who have been radicalized. Here's the story of a radical who turned moderate. 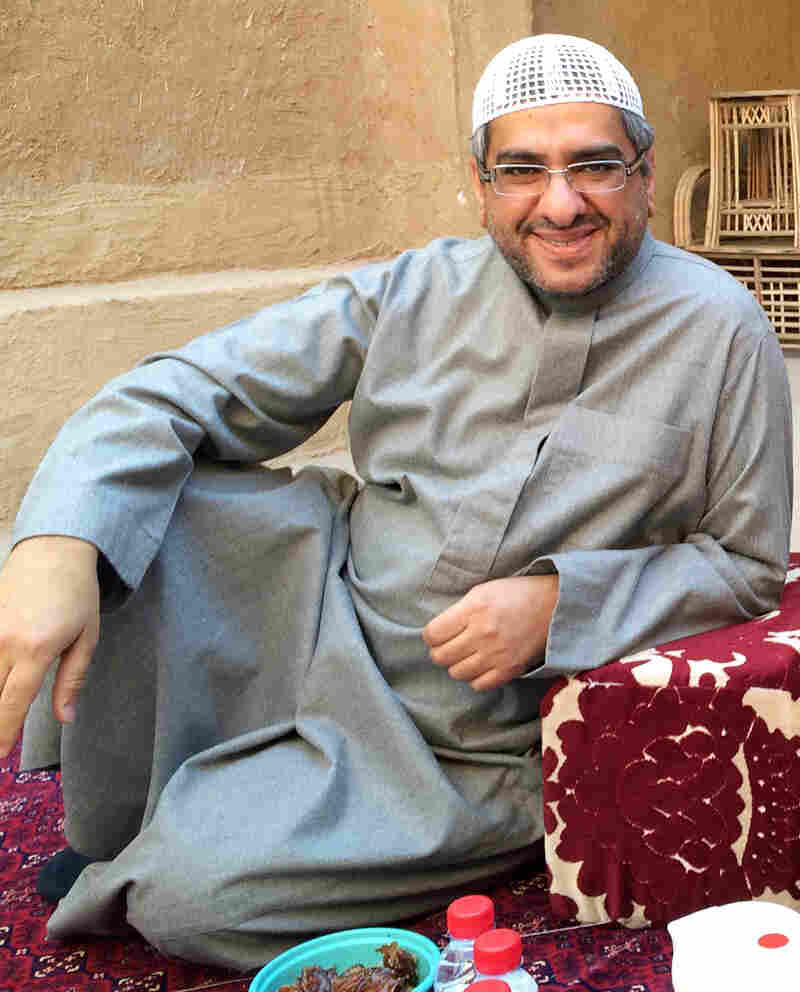 Mansour al-Nogaidan was a radical Islamist in the 1990s who was jailed in Saudi Arabia. He abandoned his extreme beliefs and is now a moderate who advises governments on how to prevent and reverse radicalization. Courtesy of Mansour al-Nogaidan hide caption 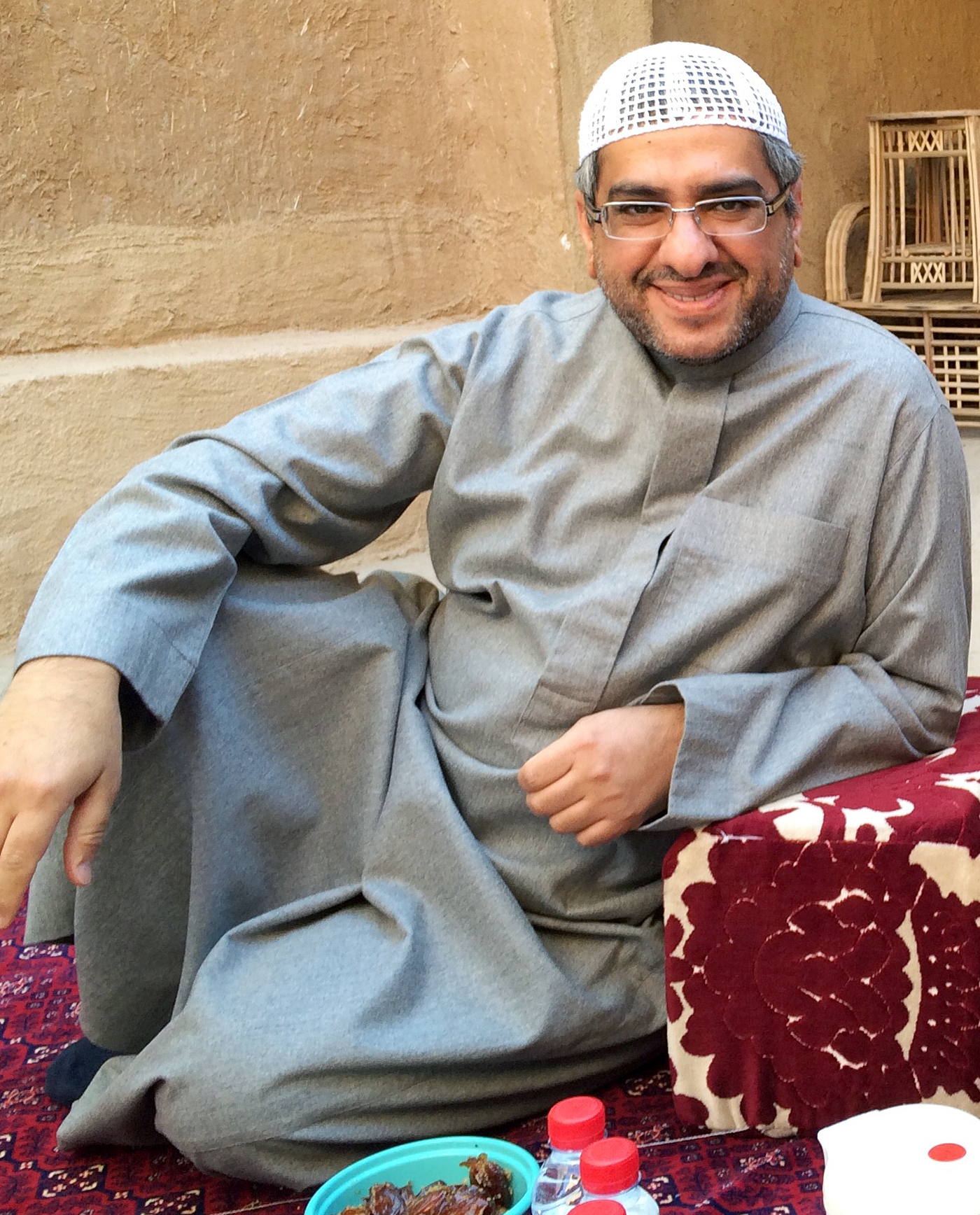 Mansour al-Nogaidan was a radical Islamist in the 1990s who was jailed in Saudi Arabia. He abandoned his extreme beliefs and is now a moderate who advises governments on how to prevent and reverse radicalization.

After last week's Paris shootings that targeted an irreverent political magazine and Jews in a kosher grocery store, there's been a flood of stories about the dangers of Muslim radicalization and how it happens.

What about people who go the other way, from extremist to moderate? These people exist; the U-turn happens.

When I meet Mansour al-Nogaidan at the Al Mesbar Research and Studies Center in Dubai, in the United Arab Emirates, he starts off by telling a story about his young son.

Nogaidan says his kid is obsessed with an animated video, "Joseph: King of Dreams," a musical based on the Bible story of Joseph, the son of a Jewish shepherd.

Now, says Nogaidan, his son asks if he can be a Jew. Nogaidan, an impish man, is short and stout with a high, childlike voice. He's dressed in a white cotton thobe, the traditional ankle-length robe worn by men in Saudi Arabia and elsewhere in the Gulf.

He is daring me to ask the obvious question. Would he allow his son to become a Jew?

"Yes," he says, a striking answer for a Muslim, more so because Nogaidan was once a radical.

In the 1990s, he went to jail in Saudi Arabia for his part in firebombing one of the most popular video shops in the capital, Riyadh, and a women's center in his home town of Buraidah.

His transformation from jihadi to moderate came after he got out of jail and went through what he calls a long and painful spiritual journey. He began to question religious teachings, "the rote manner in which we Muslims are fed our religion."

What World Leaders Say, And What They Do

Now, he's a harsh critic of any interpretation of Islam, including Saudi Arabia's ultraconservative creed. He calls for an Islamic reformation, especially in Saudi Arabia, where he's been denounced as an infidel and he gets regular death threats by email and on his phone.

"Muslims are too rigid in our adherence to old, literal interpretations of the Koran," he wrote in a 2007 article for The Washington Post. "It's time for many verses — especially those having to do with relations between Islam and other religions — to be reinterpreted in favor of a more modern Islam."

Nogaidan now advises governments on how to combat extremism. "Mesbar," the name of his group, means "probe," he explains. The Mesbar Center tracks radical Islamist movements and works to promote a more tolerant culture.

"There is a vacancy of tolerance, so let's spread tolerance — that's the key," he says.

It's a debate underway in the Middle East as some young, radicalized Muslims pursue an intolerant, puritanical form of Islam at odds with the moderate religion lived by millions of Muslims. 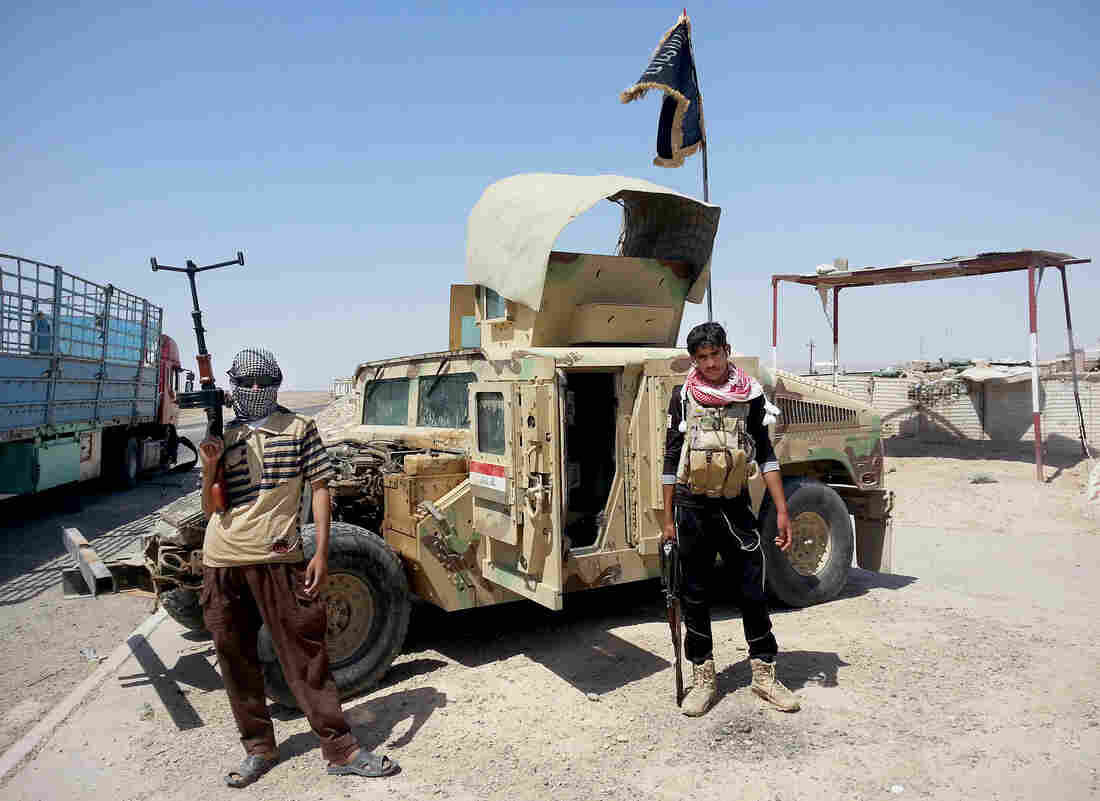 Militants of the Islamic State stand with a captured Iraqi army Humvee outside Baiji oil refinery, north of Baghdad, in June 2014. While there is increased radicalization in many parts of the Arab world, there are also groups and individuals working to deradicalize young Muslim men. AP hide caption 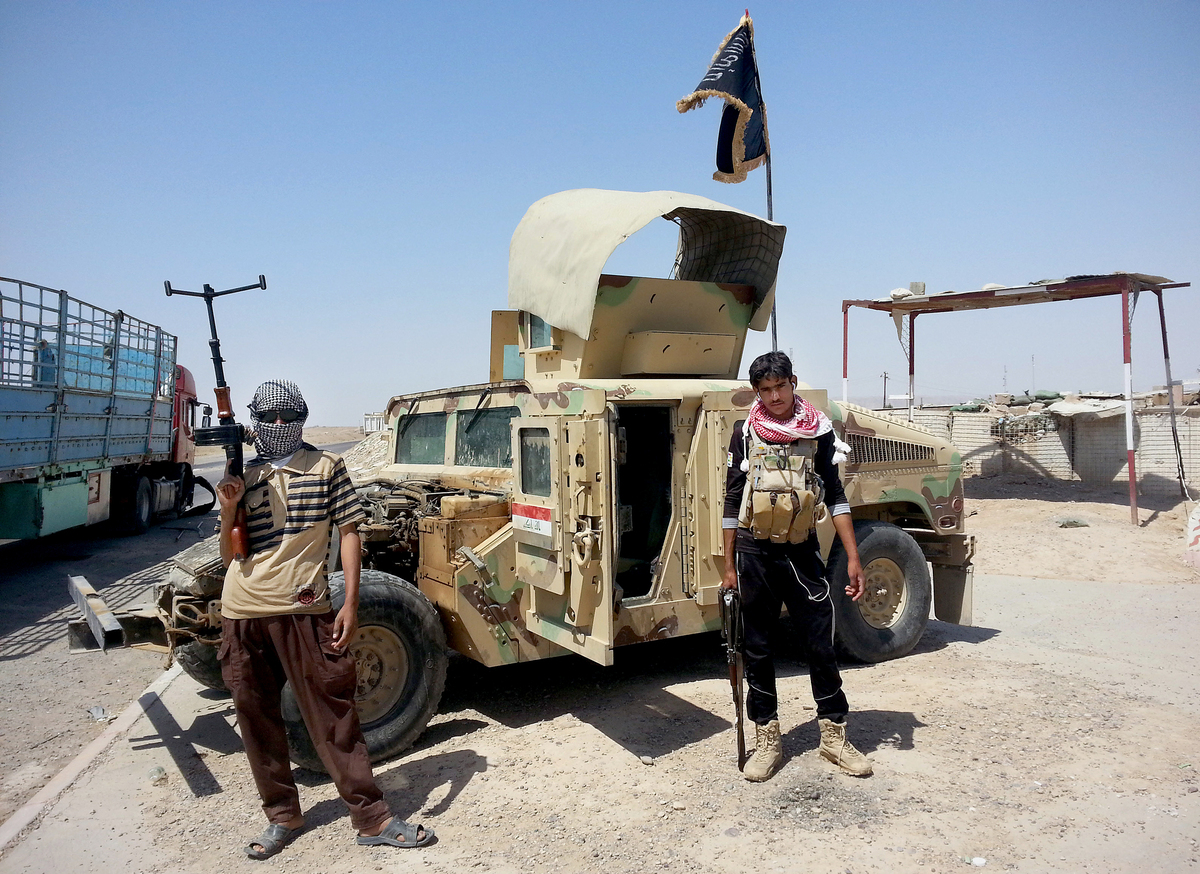 Militants of the Islamic State stand with a captured Iraqi army Humvee outside Baiji oil refinery, north of Baghdad, in June 2014. While there is increased radicalization in many parts of the Arab world, there are also groups and individuals working to deradicalize young Muslim men.

In Europe, the attacks in Paris have relaunched a debate about Islam and compatibility with the West. And that's dangerous, says Abdullah Hamidaddin, an adviser at the center.

"These are French citizens, they committed a crime in France," he insists, and now, "French Muslims feel they are being put in a corner."

France's Muslim population, which doesn't identify with the attackers, now fears an anti-Muslim backlash, he says. The result could prompt more radicalization.

Some of these young radicals streaming into the Middle East aren't even religious, he says. "It's macho rather than Islam."

Hamidaddin has studied ISIS recruiting videos and he says the videos are a good indication of the ISIS strategy, enticing a generation of alienated youth.

"They are even using some of the famous [Sony] PlayStation games," he says.

One recruitment tool is Grand Theft Auto, one of the most popular international video games. The video is familiar; the audio has been replaced by Quranic readings.

"They know what they are tapping into, not the religious part of the person, but a sense of adventure, the part that is looking for a thrill," he says.

Rasha al-Aqeedi, an Iraqi editor, works at Mesbar. She is from Mosul in northern Iraq and keeps in close contact with Iraqis from her hometown, which has effectively become a capital city in the caliphate proclaimed by ISIS.

"It's horrible. Any form of modern life is gone in Mosul," she says.

She knows some young Iraqis who have joined the radical group.

"It's very appealing," she says, as those at the bottom of the social scale rise to the top. "They get money, they get power, they get to bully people. That's awesome for someone who was a nobody a few months ago."

ISIS used the familiar language of Islam to win over the population when it first arrived.

"In Muslim societies, we have been trained to embrace this for many years," says Aqeedi. But as the horrors of life under ISIS rule become clear, the brutal attacks on minorities, the destruction of the city's cultural history, Iraqis of Mosul are rethinking, she adds.

"People have seen where intolerance can go and they are not happy with it," she says. Many are now saying that this is not religion at all, she adds. "Once we get rid of the bad guys, it's the debate we can no longer escape."

At the core, ISIS is a political movement that has thrived in the chaos of Iraq and Syria but is also the product of the region's ills — unemployment, underdevelopment, a lack of governance and absence of pluralism in religious discourse — says Hamidaddin.

"We can't avoid this fight any longer," he says. "We are on a train heading for a cliff."