Accessibility links
Saudi King Abdullah, Who Laid Foundation For Reform, Dies : Parallels Abdullah put forward the Arab Peace Initiative for a deal with Israel, cracked down on al-Qaida within the kingdom, and became known as a ruler committed to reform. But the moves were limited. 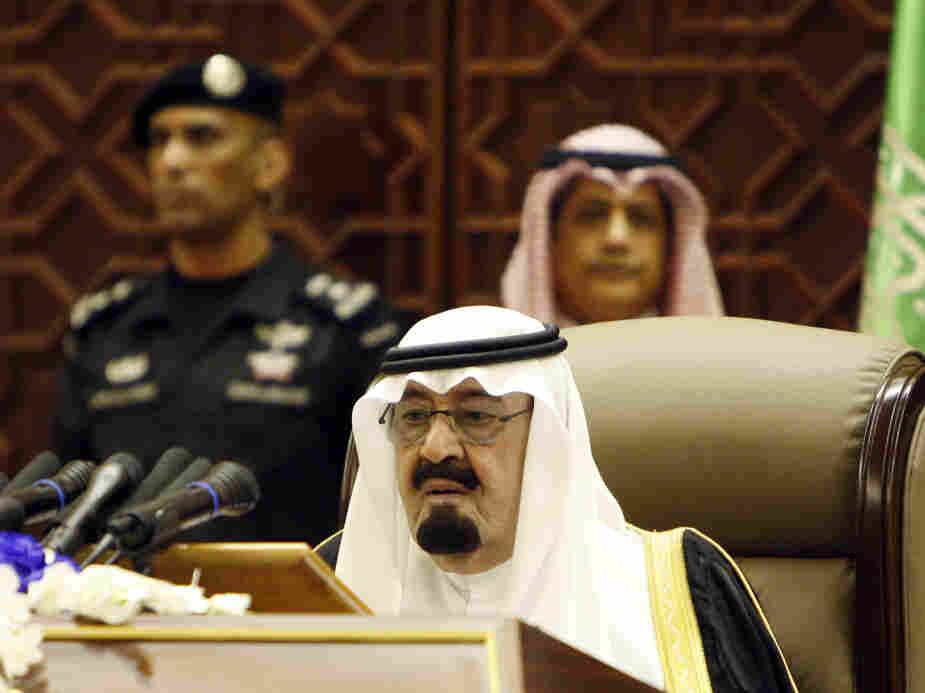 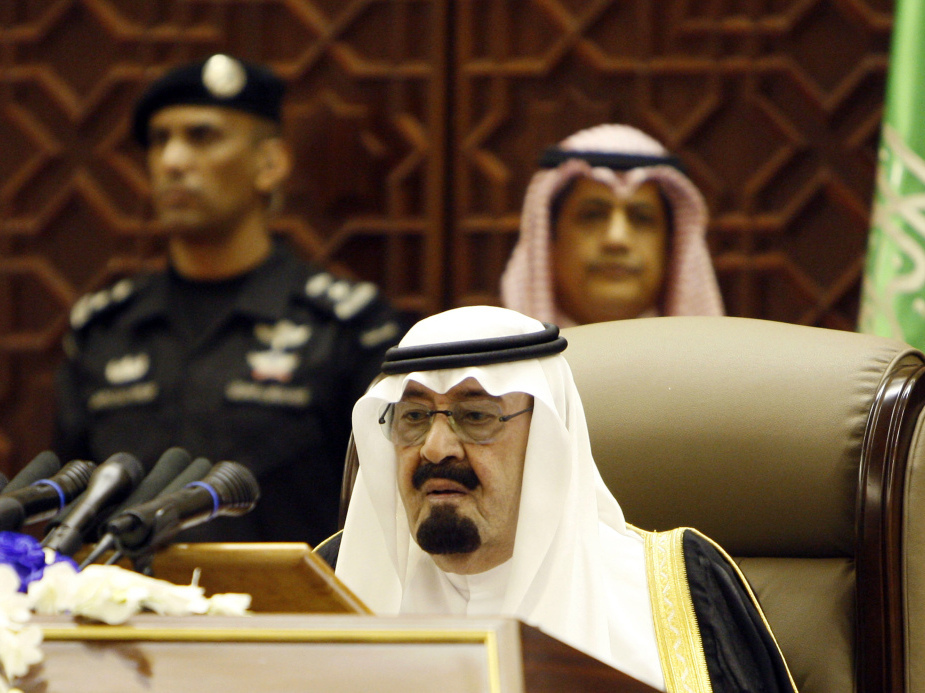 King Abdullah bin Abdulaziz al-Saud of Saudi Arabia has died. He was 90 and had been hospitalized for a lung infection.

Abdullah was born before Saudi Arabia was even a country. It was the early 1920s, and his father, Abdul Aziz ibn Saud, set out to conquer the tribes of the Arabian Peninsula. In one famous battle, ibn Saud surrounded the capital of a rival tribe.

"Famously, instead of executing everybody, he invited them to be his guests," says Robert Lacey, author of two books on Saudi Arabia.

And ibn Saud married one of those guests; Abdullah was a result of this marriage.

His father eventually declared the land he'd conquered a kingdom. It remained of little interest to the West until 1938, when an American company discovered vast reserves of oil. After World War II, oil exports soared and Saudi Arabia boomed.

Abdullah's father died in 1953, and his dozens of sons vied for power and influence, but Abdullah did not stand out from the crowd.

"I can remember when I lived in Saudi Arabia in the late '70s, early '80s. Abdullah was a sort of joke," Lacey recalls. "He was very butch and powerful-looking with his black beard, and then he would open his mouth and out would come this stutter."

Abdullah later got a speech coach. Unlike the so-called playboy princes, he was known for austerity and toughness. 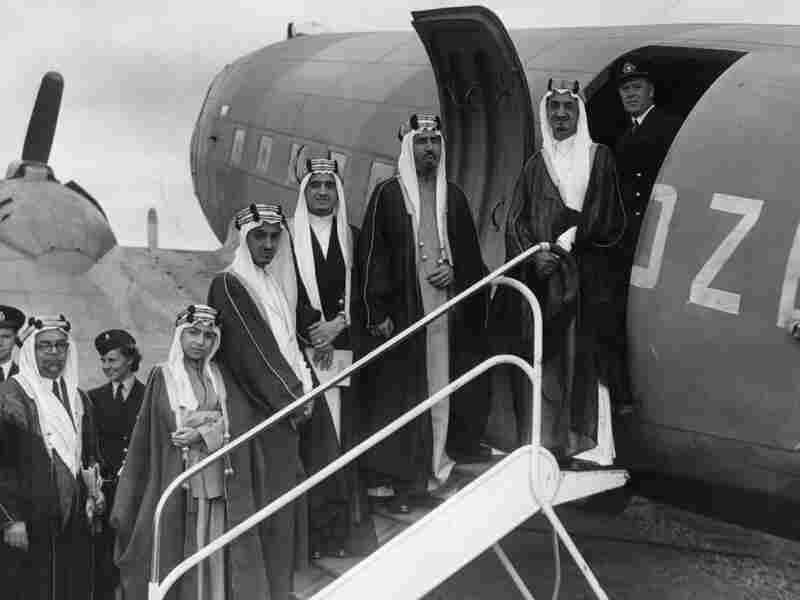 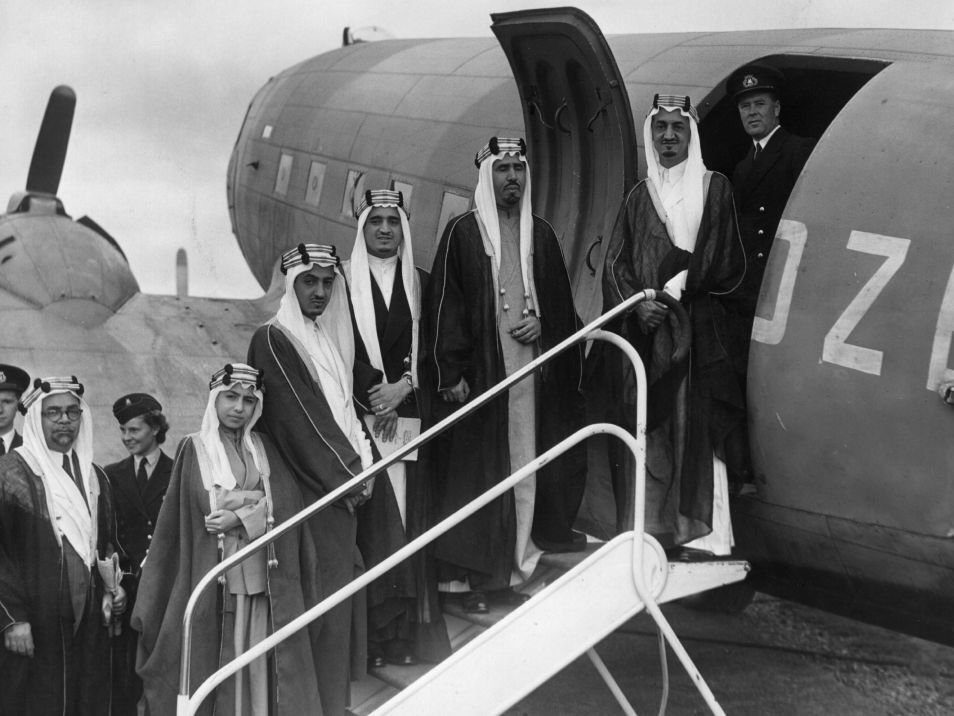 "When he engages, he engages very personally, very directly, and you can feel the power in him," said Ford Fraker, who was a U.S. ambassador to Saudi Arabia from 2007 to 2009, during Abdullah's reign. "He can be very charismatic, to the point where I've been in meetings where he's actually moved people to tears."

It was a turbulent time. The holy shrine at Mecca recently had been seized by Islamist fanatics. Iran had undergone an Islamic revolution, and the Soviets had invaded Afghanistan. Fahd wanted to keep Saudi Arabia's own restive religious establishment on his side, and spent millions on Islamic universities and put religious leaders in key government jobs.

In 1995, Fahd suffered a debilitating stroke, making Abdullah the de facto leader of Saudi Arabia. Then came the attacks of Sept. 11, 2001.

'They Literally Were In Denial'

The fact that 15 of the 19 hijackers were Saudi shook the Saudi leadership and threatened the kingdom's relationship with the U.S. 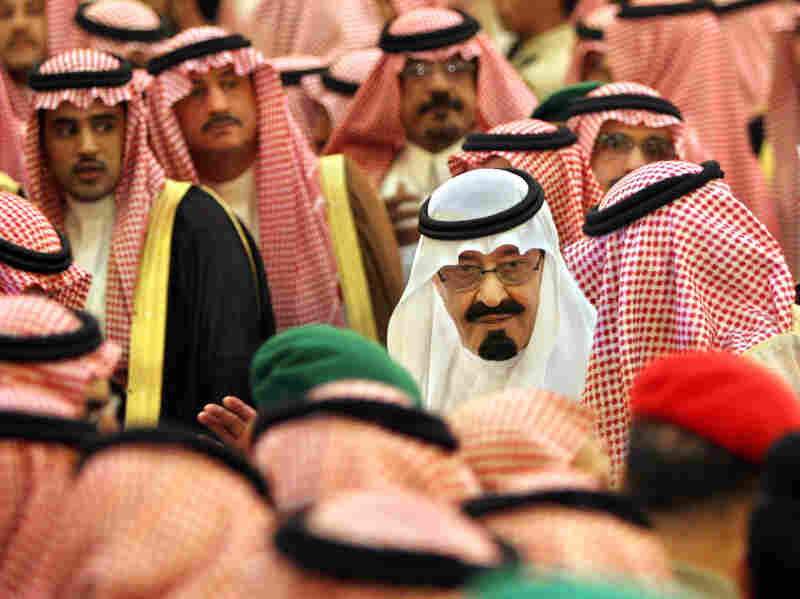 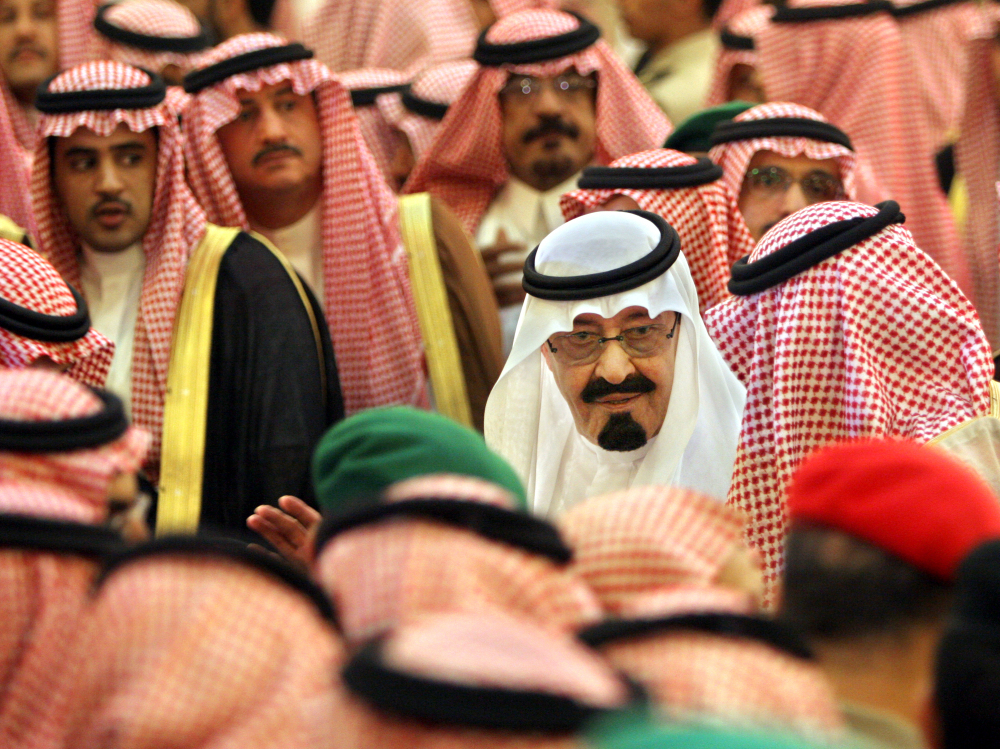 King Abdullah receives condolences on the death of King Fahd on Aug.2, 2005.

"The Saudis, by and large, could simply not believe that 15 of their sons had hijacked these airplanes and done what they had done," said Robert Jordan, another former U.S. ambassador to Saudi Arabia who arrived in the kingdom less than a month after the attacks. "They literally were in denial."

But even then, Abdullah viewed the attackers as a handful of deviants, rather than a widespread movement. Instead, Abdullah thought the best way to tackle the problem was to resolve the Arab-Israeli crisis. That, he believed, would deprive terrorists of their main motive for attacking the West.

He helped draft a peace plan that was later adopted by the Arab League. The idea of the so-called Arab Peace Initiative was that Israel would withdraw from land seized during the 1967 war, and Arab countries would declare peace with Israel.

It was only in 2003, after a series of attacks inside Saudi Arabia that killed more than 160 people, that Abdullah changed his mind about the threat posed by al-Qaida.

"That was a turning point, and after that turning point we saw tremendous progress in capturing and killing most of the al-Qaida leadership in Saudi Arabia," Jordan said.

Lacey says that not only did Abdullah's attitude toward al-Qaida change, but he also began to question how influential the religious establishment had become. After all, many of the terrorists had been educated in Saudi schools and prayed in Saudi mosques.

"Abdullah's diagnosis of 9/11 was that the religious had got out of hand, and there was a famous episode when in one of the public meetings held to discuss what had gone wrong, a learned sheikh said, when it comes to the wali al amr — the powers that govern — we must remember that the religious are part of that as well as the secular government," Lacey said. "And he was slapped down immediately."

Supporter, If Not Creator, Of Reform

Later, key religious figures were sacked and the religious police reined in. Slowly, Abdullah came to be known as a ruler committed to reform.

In 2005, King Fahd died and Abdullah officially assumed the throne that he effectively already had held for a decade. In interviews with the Western media, he underscored his commitment to women's rights in the country where women weren't allowed to drive.

"I believe strongly in the rights of women. I believe the day will come when women drive," he told Barbara Walters at the time. "The issue will require patience. In time, I believe it will be possible."

That was 2005, but only recently has progress been made toward allowing some women to drive. It has long been said that under Abdullah, the rulers wanted reform more than the people. But dissidents say that is just an excuse for inaction.

Under Abdullah the country did hold its first-ever elections, for city councils. But only men could run.

"Maybe not everything he believed in will be materialized," said Jamal Khashoggi, a columnist with Al Arabiya News. "But he put us — or he put the foundation for reform. At least he succeeded in making officials and the public accept the term 'reform.' It is a beginning."

The concern, said law student Najla Saud al-Faraj in 2010, was whether that momentum toward reform would continue under the next Saudi king.

Faraj said she had enjoyed some freedoms under Abdullah, but she wasn't sure they would last.