Accessibility links
Where Is All That Excess Oil Going? : Parallels Oil prices are low because there's too much on the market. That extra oil has to be stored somewhere. A lot of it is sitting on ships at sea, with traders hoping the price will go up soon. 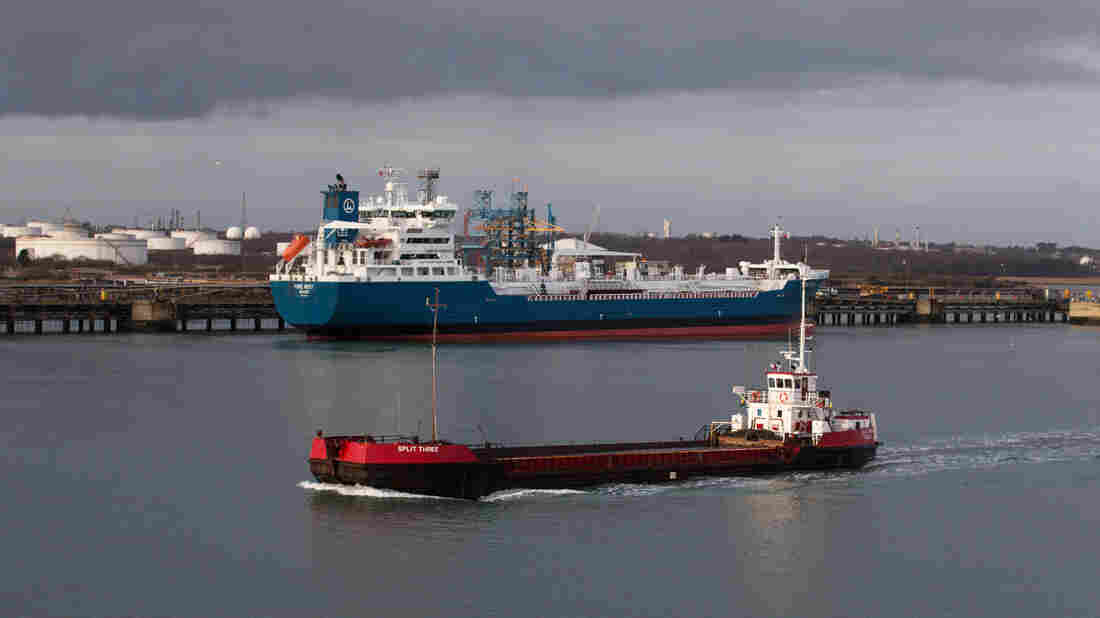 Tankers are berthed beside the Fawley oil refinery on Jan. 7, in Southampton, England. With low oil prices, some traders are buying oil and storing it in tankers, hoping the price will rise soon so they can sell it at a profit. Matt Cardy/Getty Images hide caption 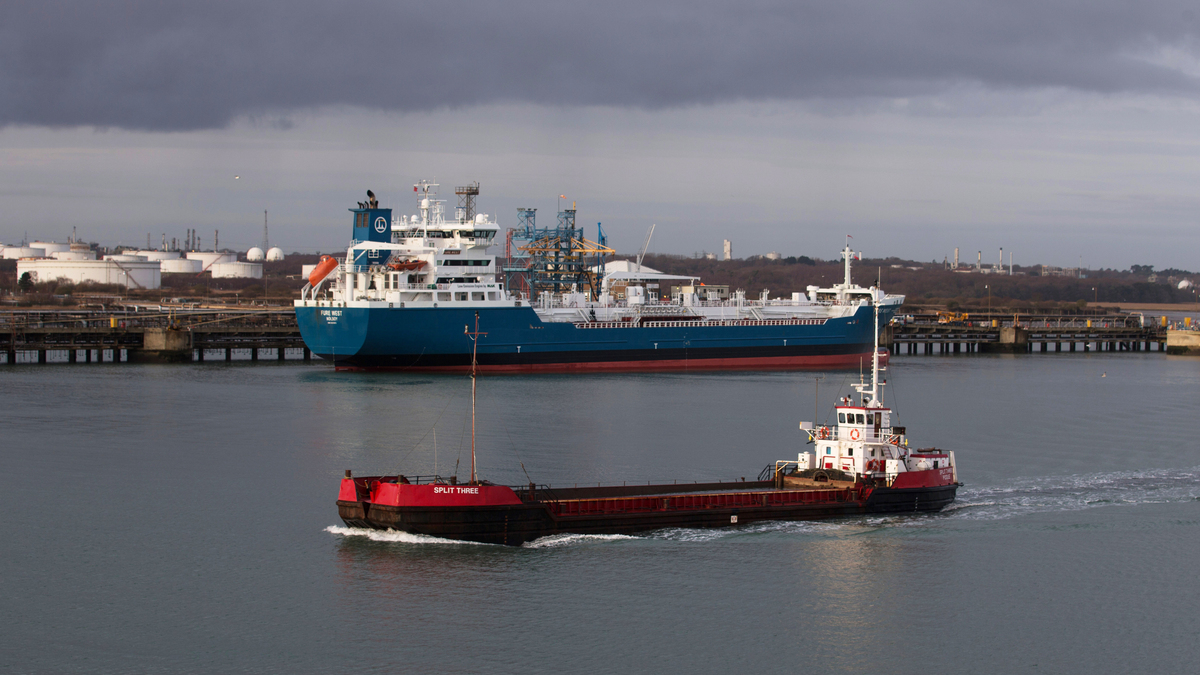 Tankers are berthed beside the Fawley oil refinery on Jan. 7, in Southampton, England. With low oil prices, some traders are buying oil and storing it in tankers, hoping the price will rise soon so they can sell it at a profit.

There's a term traders use when the price of a commodity like oil has fallen because of oversupply but seems guaranteed to rise again.

It's a market that's "in contango," says Brenda Shaffer, an energy specialist at Georgetown University. "It almost sounds like a sort of great oil dance or something."

And Shaffer says that some oil speculators see an oil market that is in contango in a major way.

"Some people out there think that oil is going to get more expensive so it's worthwhile now to buy oil, lock it in, and have those supplies, have them stored and have them available to sell a few months down the line, if you actually believe it's going to go up," she says.

The last time this happened was in 2008-2009, after the price of crude oil plummeted to about $35 barrel amid a global downturn. At least 70 million barrels were stored on tankers until the price rebounded.

Crude oil is now selling for less than $50 per barrel, less than half its price last summer. It's almost certain to go up again. But when?

Some international traders are betting that the price will head north soon. They are buying oil, putting it on tankers, anchoring the ships — and waiting it out. Basil Karatzas, a ship broker and adviser, says the tanker market is very active right now.

"Especially tankers for crude oil and particularly for very large crude oil carriers, the supertankers for transporting 2 million barrels of oil each time," he says.

It costs about $15 million a year to store the crude oil on one oil tanker, according to Karatzas. Only a few international traders have the heft to buy and sit on this much oil, he says, companies such as Vitol, Trafigura and Gunsor Beheer. He says he's inundated with calls from investors who want to take advantage of the contango and buy and store oil. But it's not so easy to do.

"You have to have a special license; you have to be a registered trader with oil producers like Saudi Arabia," he says. "If you are just a financial institution, you cannot just show up in Saudi Arabia and tell them I want to buy 2 million barrels of oil because I want to speculate. They will not sell it to you."

Ken Medlock, senior director of the Center for Energy Studies at Rice University, says oil companies and countries are also trying to take advantage of the soft market.

"The Saudis have been very active themselves creating storage capabilities," he says. "There was an announcement a few months back of an expansion of storage capability in Asia. So they've been playing into this as well."

Medlock says the risk for traders is that the price could keep dropping and stay low for a prolonged period.

"Then the oil you're holding on to, that you've been hoping to sell forward, if you haven't fully contracted that out, you're going to sell at a loss," he says.

Medlock says trading in international oil is not for the fainthearted. But if prices turn in their favor, the traders stand to make a huge profit on the oil they are now storing.