Accessibility links
In 'Red Notice,' Success Draws Treachery, Tragedy In Putin's Russia : Parallels Robert Siegel talks to Bill Browder, an American financier who was expelled from post-Soviet Russia and saw an attempt to claim his company devolve into a deadly bureaucratic and legal farce. 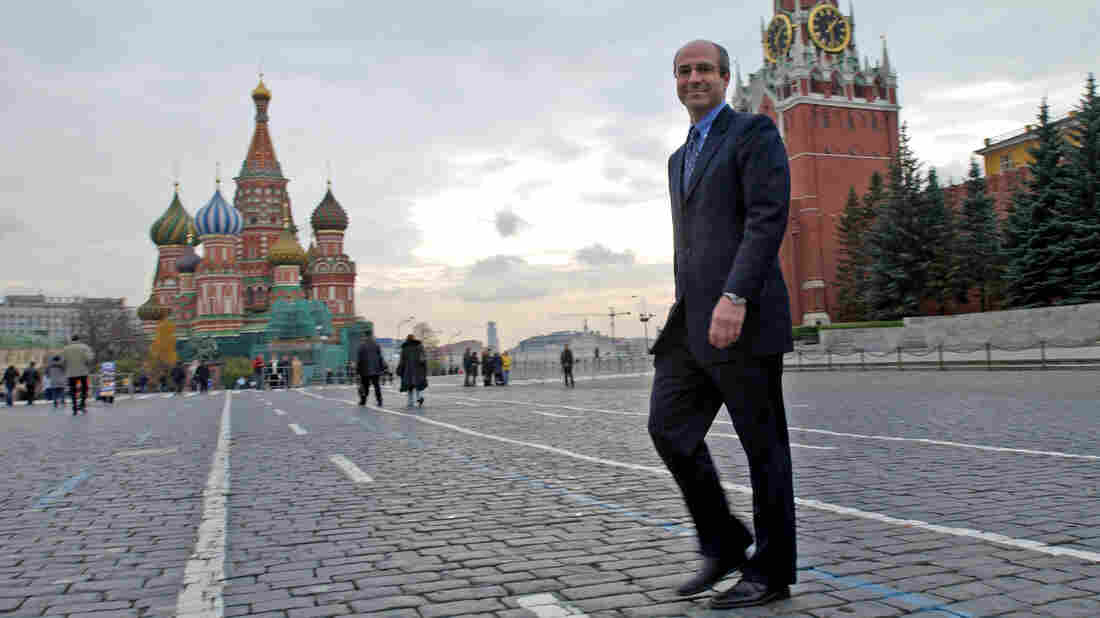 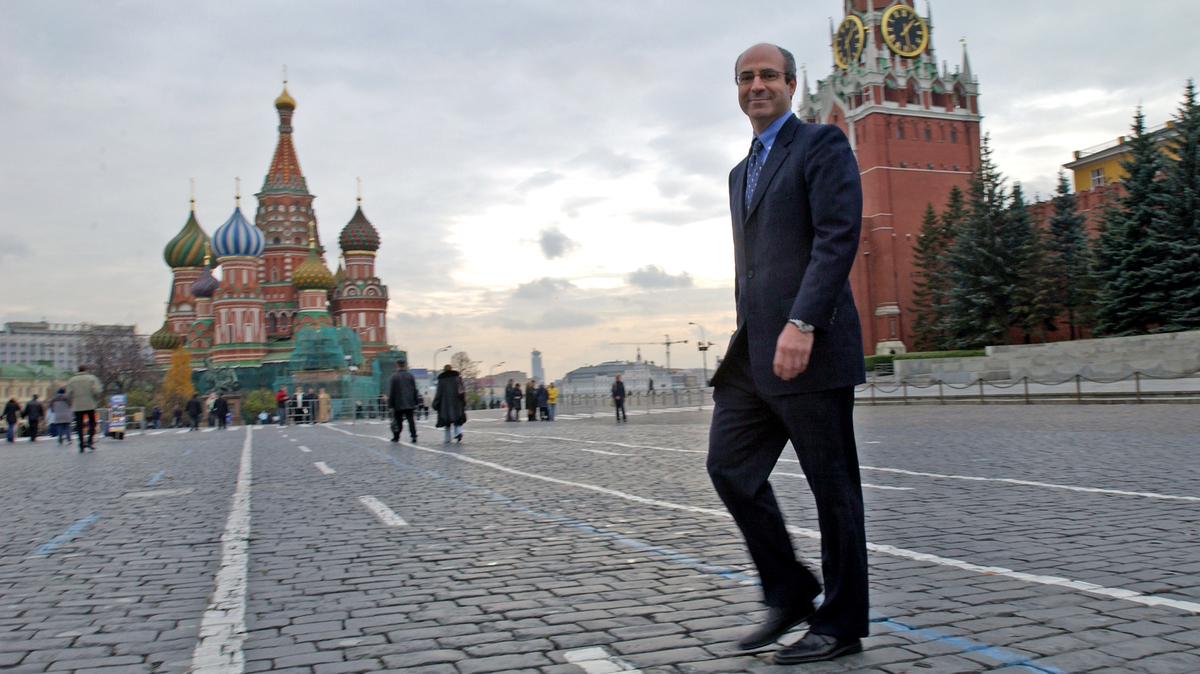 William Browder's new book, Red Notice, is named for the type of warrant the Russian government has sought from Interpol in hopes of capturing him.

The hedge fund manager made huge profits with Hermitage Capital Management, a company he started in Russia in 1996. That, he says, drew the attention and machinations of a corrupt group of Russian officials. 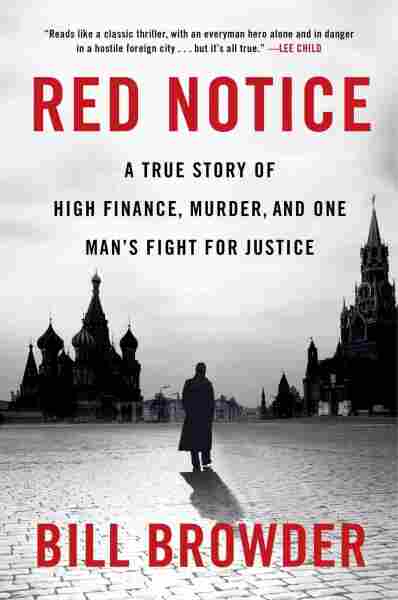 A True Story of High Finance, Murder, and One Man's Fight for Justice

In an interview with NPR's Robert Siegel, Browder discusses Red Notice and his experiences in Russia — which he calls "a place where lies reign supreme" in his book — as well as why he made an unusual capitalist missionary to the post-Soviet nation.

On the takeover of his companies

What was most remarkable about it was that it involved just about everybody right up the chain of command, up to probably a Cabinet-minister level. So they applied for this illegal tax refund after stealing our companies. And they applied for it on the 23rd of December 2007, and it was approved and paid out one day later — a $230 million tax refund, the largest refund in Russian history, paid out, with no questions asked. ...

And then the police go around to all of our banks looking for assets — but they didn't find anything there, because I had taken all the money out beforehand. We had $4 billion worth of assets and we sold every last penny and got it out of the country.

Russia is an interesting place because they're extremely evil but they're not that good at implementing their evil. So they kicked me out in 2005 and it took 18 months before they actually started moving forward on their scam.

As we learned about these raids and their frustration in not finding anything, I started to laugh because, I thought, all this effort ... and they didn't get anything.

On his lawyer, Sergei Magnitsky

Sergei was working with us on the investigation. And Sergei as I was laughing said: "Bill, you shouldn't relax. And the reason you shouldn't relax is there's much more to the story. There's never a sort of clean and happy ending like you think." 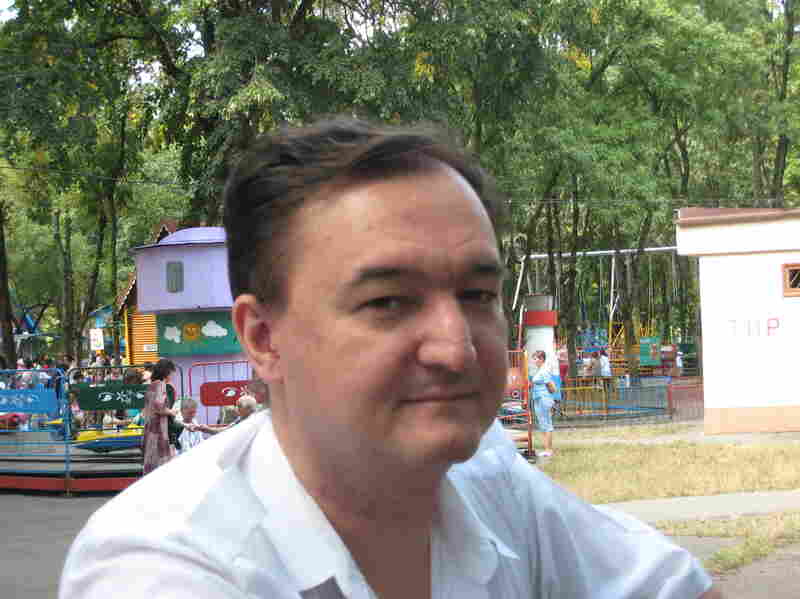 Sergei Magnitsky, shown in 2008, was Browder's attorney. He investigated a 2007 incident in which Russian law enforcement officers raided Browder's offices and stole $230 million in taxes that Browder's companies had paid to the Russian government. He was arrested, tortured and, in 2009, beaten to death by eight guards in full riot gear. Courtesy of the Magnitsky Family hide caption 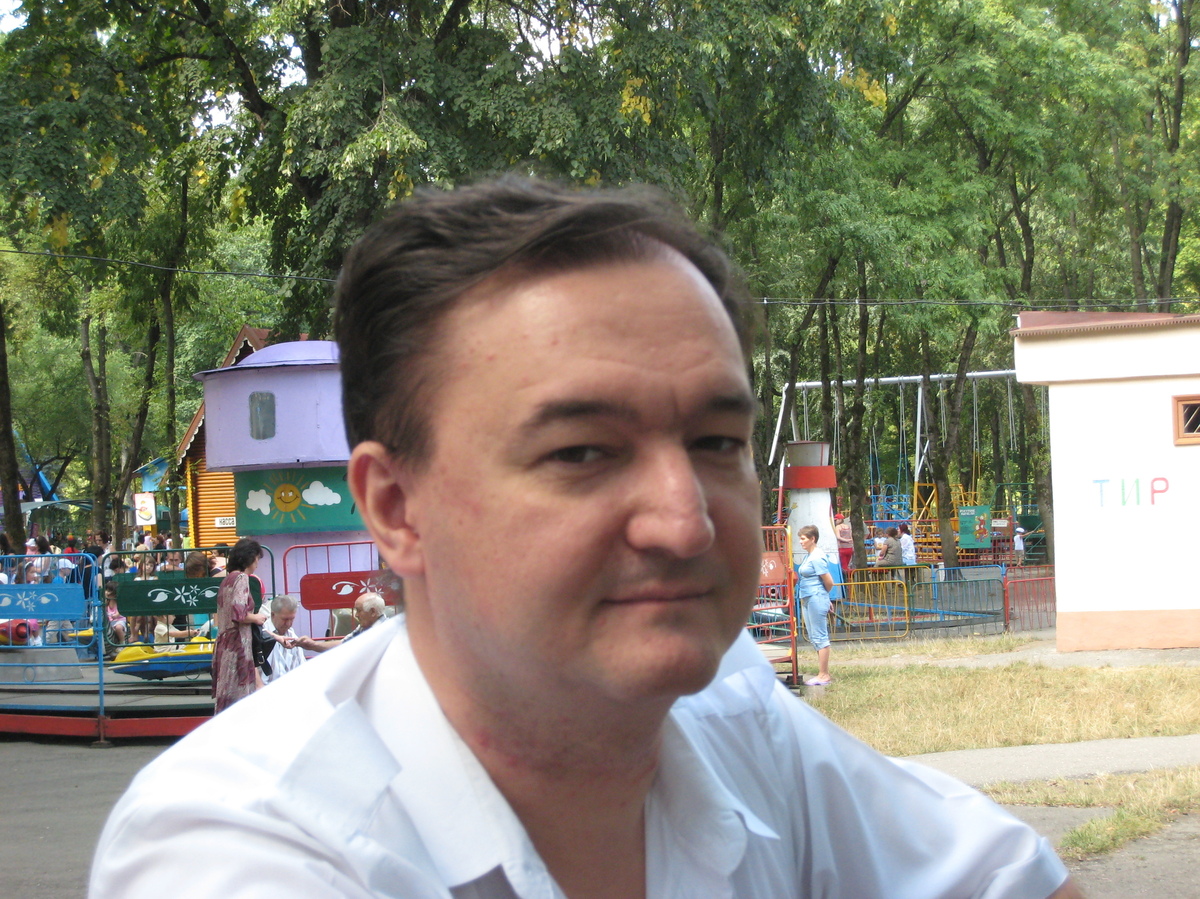 Sergei Magnitsky, shown in 2008, was Browder's attorney. He investigated a 2007 incident in which Russian law enforcement officers raided Browder's offices and stole $230 million in taxes that Browder's companies had paid to the Russian government. He was arrested, tortured and, in 2009, beaten to death by eight guards in full riot gear.

Courtesy of the Magnitsky Family

He was an idealist, a man of a new generation of Russians, and he thought that the country was a normal country. And so he thought, if police officers were involved in the theft of $230 million, that he would report that. And so he testified against a number of police officers involved, hoping that the good guys would get the bad guys.

Instead, he was arrested in November of 2008. They put him in pretrial detention, and then they started to torture him to get him to withdraw his testimony.

They wanted to get him to withdraw his testimony against the police officers and sign a false confession to say that he stole the $230 million. And Sergei, in spite of this ever-increasing torture, refused to perjure himself. For him the idea of lying was worse than the idea of being tortured.

And so the torture got worse and his health broke down. He ended up losing 40 pounds, getting very severe pains in his stomach and being diagnosed as having pancreatitis and gallstones, and needing an operation. And a week before the operation was due, they came to him again with this Faustian bargain of "you sign a confession and then you can have your medical care."

He refused to sign this false confession. He went into critical condition. He was supposed to be taken to a prison with a hospital, but instead they put him in an isolation cell, and eight riot guards with rubber batons beat him to death on Nov. 16, 2009.

Read an excerpt of Red Notice