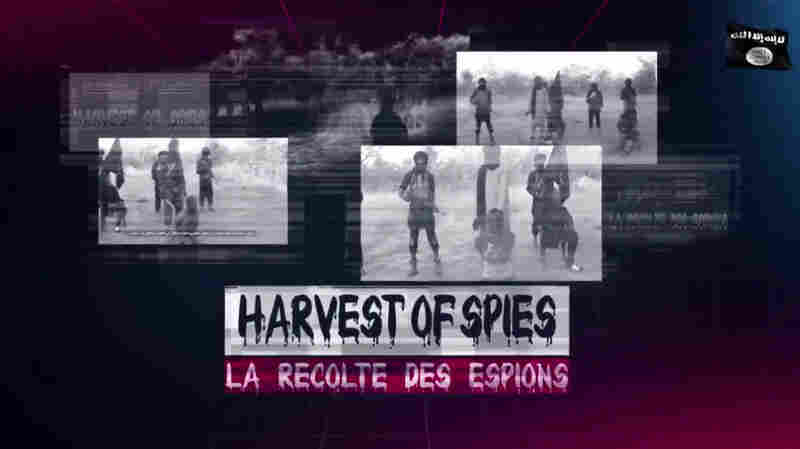 The most recent propaganda videos from Boko Haram have higher production values than in the past and other similarities to ISIS-produced videos. Boko Haram/Sendvid hide caption 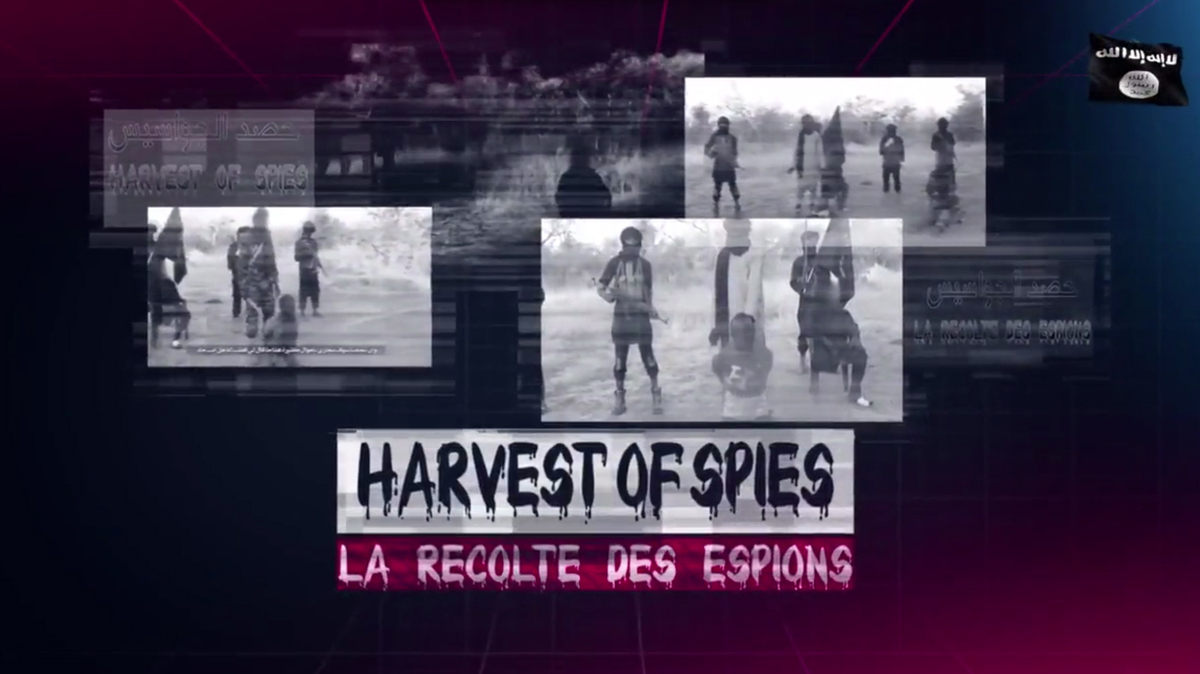 The most recent propaganda videos from Boko Haram have higher production values than in the past and other similarities to ISIS-produced videos.

In its latest video, Islamist extremists from the Nigerian group Boko Haram display the bodies of two men accused of spying. They have been beheaded.

It's a development that may indicate a shift in allegiance by Boko Haram away from al-Qaida.

For the past few years, Abubakar Shekau has been the face of the Boko Haram insurgency — dominating the group's videos, which showed him in military fatigues, clutching an AK-47 rifle and surrounded by masked gunmen bristling with weapons.

In a video last year, he taunts the Nigerian government after Boko Haram abducted about 300 boarding school girls from their dorms almost a year ago.

Shekau told the world the girls had converted to Islam and been married off to his fighters, and he vowed to establish a caliphate in areas captured by Boko Haram.

With Cash And Cachet, The Islamic State Expands Its Empire

Boko Haram Ventures Out Of Nigeria, Hitting Village In Chad

Boko Haram Suspected In New Round Of Killing And Kidnapping

But the group's leader doesn't feature in its latest videos, which bear more than a passing resemblance to those of ISIS, says Kayode Akindele, a Nigeria-based financial, political and risk analyst for TIA Capital.

"We've seen Boko Haram step up their PR campaign, especially in the last two to three recordings they've released. The campaign is more professionally done, and they seem to provide less of a focus of Shekau," Akindele says. "It seems to be a change of strategy."

The latest video, Harvest of Spies, shows the apparent beheading of two people Boko Haram accused of spying. The images echo ISIS productions, even using the sound of a beating heart and deep breathing in the background.

Beheadings are not new to Boko Haram, says Akindele, but showing video of the purported executions is. Yet he doesn't believe this heralds the start of a deeper relationship between the Nigerian insurgents and ISIS.

"Boko Haram has had every opportunity to proclaim allegiance towards ISIS. They haven't," Akindele says. "One of the latest videos by Shekau, he praised ISIS, but did not pledge allegiance in that sense."

"If you notice from the last couple of videos, they've started doing French translations," says Akindele. "I think a lot of these videos are now targeted to instil fear and maybe support among those populations."

"I think they don't have any wider aspirations, as ISIS does, of a global umma or caliphate," he says.

"We've seen over the course of the last year what I call a convergence — not necessarily evidence of command and control or direct coordination, but shout-outs to each other," says Pham.

After Boko Haram kidnapped the schoolgirls last year, ISIS militants kidnapped Yazidi women and girls, and according to Pham, [ISIS'] magazine "actually cited what the Nigerians had done as a precedent, justification for what they'd done."

Pham says the U.S. should be concerned by Boko Haram's flirtation with ISIS.

"With Boko Haram, the danger is to use the past to analyze the present, much less to predict the future. This is a group that has shown its ability to evolve at an almost dizzying pace," Pham says. "And its leadership has shown a great flexibility in ideology and methods, depending on who they choose to align with."

Nigeria has pledged to contain Boko Haram by the time postponed elections are held on March 28, but deadly suicide bombings continue as the insurgents battle the regional forces now lining up against them. The vote was delayed because of security concerns in the northeast — Boko Haram's stronghold.