Accessibility links
Can Obama Turn Pariahs Into Partners? : Parallels The president's tenure has been marked by outreach to nations that previous U.S. presidents, Republican and Democrat alike, ostracized for decades. It may take years to see if this approach succeeds. 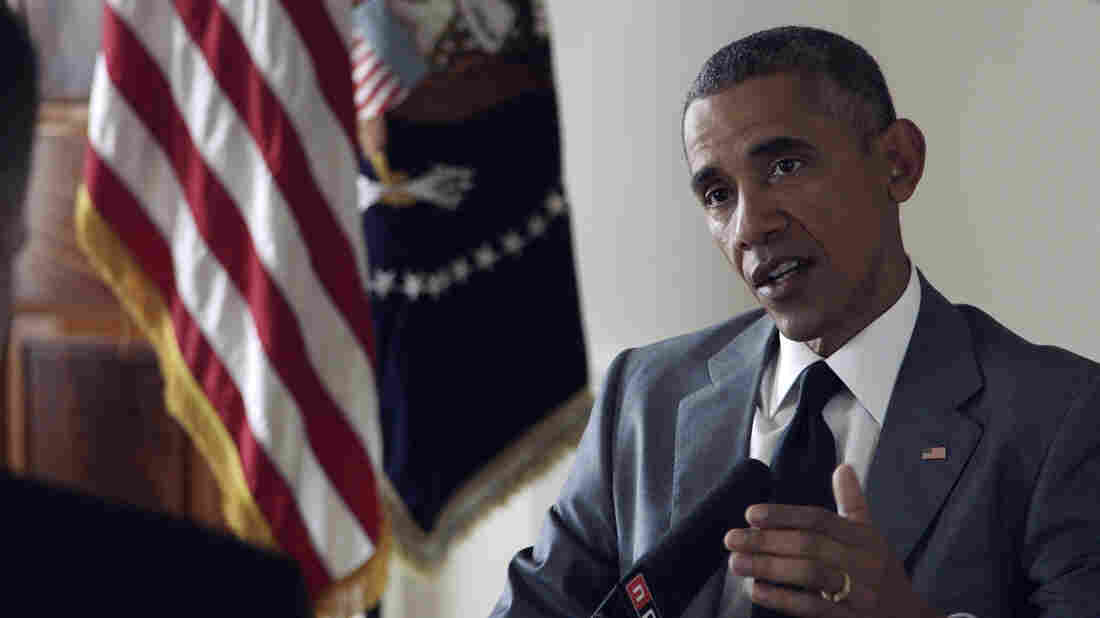 President Obama speaks to NPR's Steve Inskeep at the White House on Monday. The president is pressing hard for a full-fledged nuclear agreement with Iran, part of his outreach to states that previous presidents ostracized for decades. Maggie Starbard/NPR hide caption 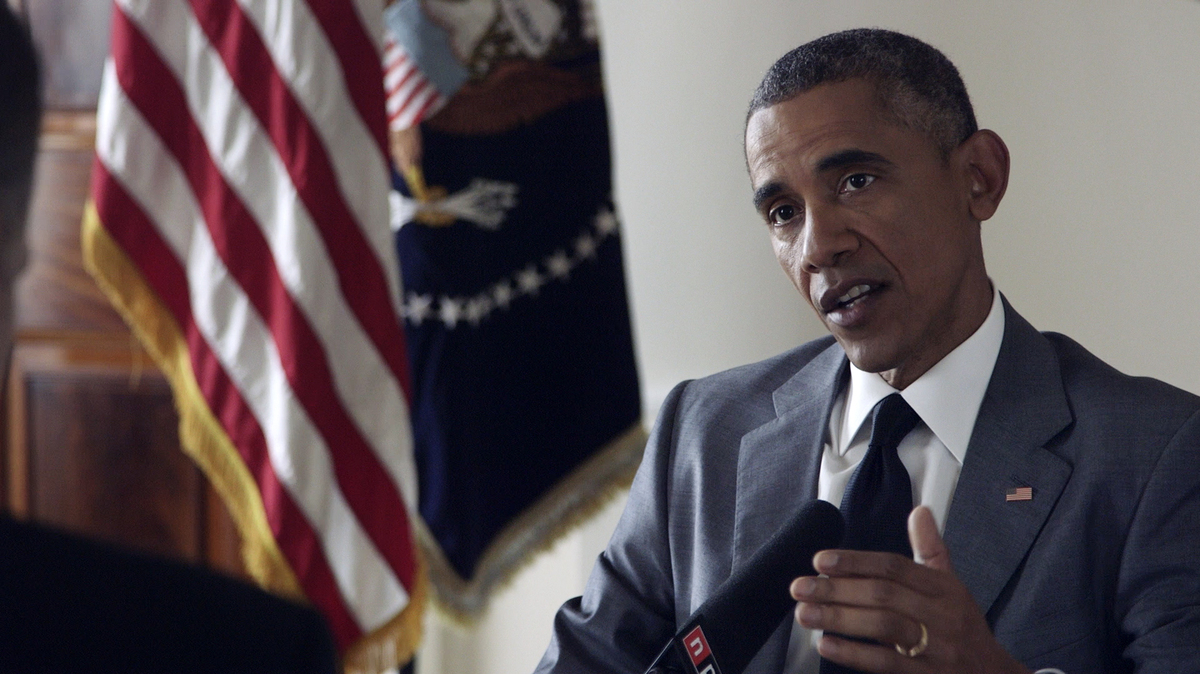 President Obama speaks to NPR's Steve Inskeep at the White House on Monday. The president is pressing hard for a full-fledged nuclear agreement with Iran, part of his outreach to states that previous presidents ostracized for decades.

President Obama is lobbying hard for a full-fledged nuclear deal with Iran. He hopes to raise the U.S. flag at an embassy in Cuba before he leaves office. He traveled to Myanmar last fall as he moves to normalize relations.

Obama's tenure has been marked by this outreach to pariah states that previous U.S. presidents, Republican and Democrat alike, isolated for decades. It's an approach that springs from his belief that engagement is more likely to encourage good behavior than punitive measures.

It's also a notion still being tested. All these moves are playing out and there's no clear-cut success yet. So far, the president has probably earned at least as much criticism as praise.

But Obama argues that the U.S. is strong enough to take chances and see if these countries are open to his initiatives. He likes to point to instances where countries have simply hunkered down and blamed the U.S. when facing sanctions, embargoes and isolation.

"The country that is most isolated in the world is North Korea," Obama said in an interview with NPR's Steve Inskeep. "I think it would be hard to argue that, by virtue of the fact that they can't feed their people, and that they are almost entirely cut off from global trade, that that somehow lessened their capacity for mischief and troublemaking."

Still, many Republicans say the president has offered too many concessions, offering economic relief to Iran, Cuba and Myanmar without insisting on fundamental, irreversible change. Iran could cheat on a nuclear deal. The Castros remain entrenched in Cuba. The former generals in Myanmar, also known as Burma, may have taken off their uniforms, but they still call the shots.

Making His Case For An Iran Deal

The president acknowledges there's no guarantee these countries will respond in the way he hopes. But in making his case for a nuclear deal with Iran, Obama says the U.S. will be better positioned regardless of the path Iran chooses.

"Now, ideally, we would see a situation in which Iran, seeing sanctions reduced, would start focusing on its economy, on training its people, on re-entering the world community, to lessening its provocative activities in the region," the president added.

He went on to say, "But the key point I want to make is, the deal is not dependent on anticipating those changes. If they don't change at all, we're still better off having the deal."

The focus will be reaching a final agreement by the end of June. But the negotiations are also seen as a development that could chip away at decades of distrust on other fronts. The U.S. and Iran, for example, share common goals that include defeating the self-declared Islamic State in Iraq and Syria and suppressing the Taliban in Afghanistan.

A New Approach In Cuba

In Obama's view, developing a dialogue can give the U.S. a better feel and understanding of long-standing rivals as opposed to simply trading recriminations from afar.

This was part of his thinking with Cuba, where the president says the U.S. embargo, dating back more than a half-century, has failed and that a new approach is needed.

"Do we have the ability to change the relationship with the United States and Cuba in such a way that it benefits the Cuban people over the long term?" the president told NPR.

Obama concluded, "I don't expect immediate transformation of the Cuban-American relationship overnight, but I do see the possibility — a great hunger within Cuba to begin a change — a process that ultimately, I think, can lead to more freedom and more opportunity."