Accessibility links
Rome's Plan For Prostitutes Upsets Sex Workers And The Catholic Church : Parallels One neighborhood is creating a "zone of tolerance" to confine prostitutes to certain areas. The community likes it and says it had to act because Italian society has failed to address the issue. 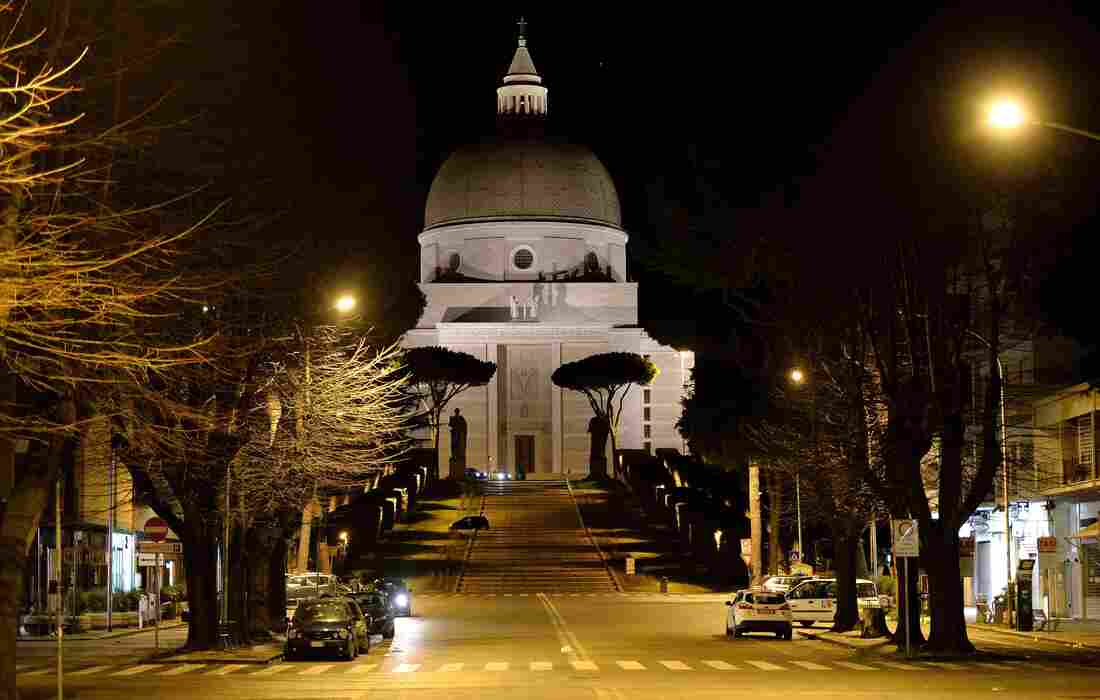 The Sts. Peter and Paul Basilica is in Rome's EUR district. The area has seen a rise in prostitution, and authorities have approved plans for a red light zone where prostitution will be officially tolerated in certain areas. While much of the community appears to support the move, Catholic groups are among those opposed, saying it legitimizes the exploitation of women. Filippo Monteforte/AFP/Getty Images hide caption 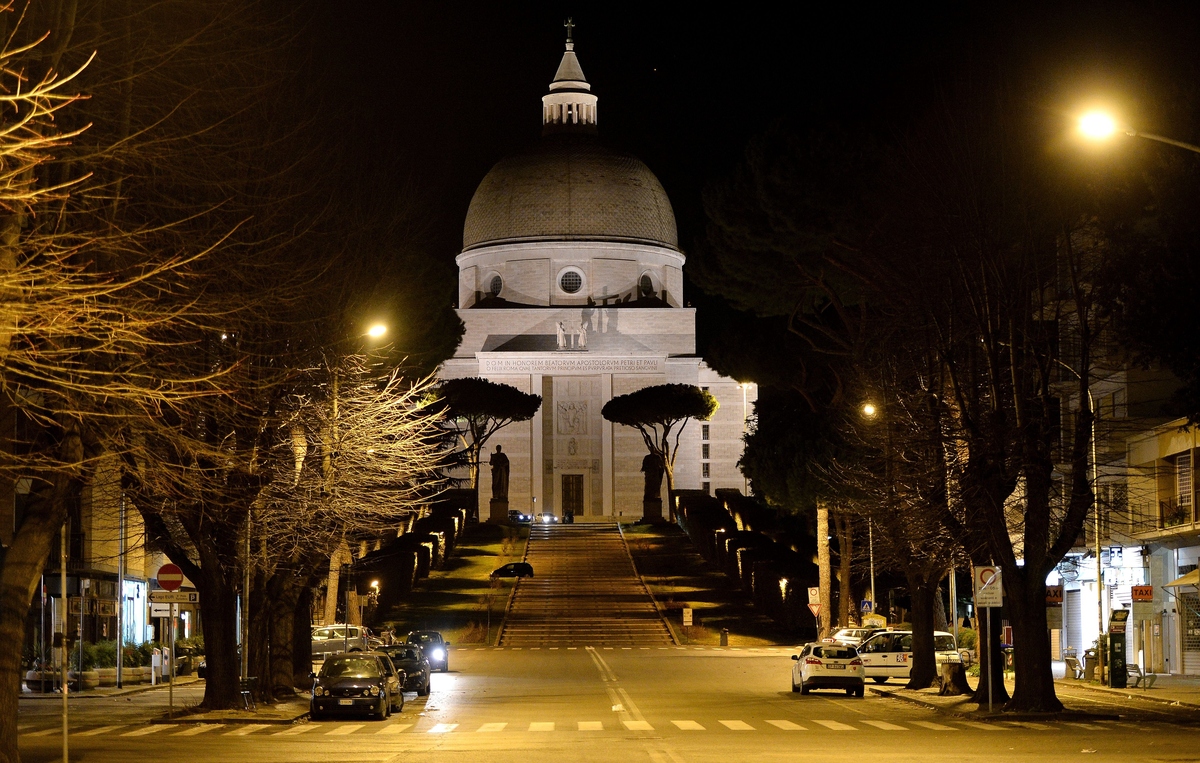 The Sts. Peter and Paul Basilica is in Rome's EUR district. The area has seen a rise in prostitution, and authorities have approved plans for a red light zone where prostitution will be officially tolerated in certain areas. While much of the community appears to support the move, Catholic groups are among those opposed, saying it legitimizes the exploitation of women.

On Rome's southern outskirts, EUR is a middle- and upper-middle class neighborhood full of parks and office buildings. With tens of thousands of people coming and going every day, the neighborhood has also become a magnet for prostitutes.

This has upset many residents. Now, neighborhood officials are preparing to create a "zone of tolerance," which is welcomed by the local community, but not the Catholic Church or the prostitutes.

"That would be so much better than this open-air pigsty," he says. "All day long, outside office buildings and schools, while kids are walking with their grandparents. It's embarrassing! Why should my 75-year-old father have to explain to my 6-year-old son what that couple is doing behind the trees?"

In one of the many paradoxes of modern Italy, aiding and abetting prostitution is a crime, but the exchange of sexual services for money is legal.

"In this neighborhood, there's a prostitute every 20 yards," says district President Andrea Santoro. He says Italian society has failed to tackle the problem, and politicians hide their heads in the sand.

"Until a while ago, streetwalkers were more or less part of the landscape," he adds.

But now, with the economic crisis and growing insecurity, there's growing public intolerance. Santoro wants to prevent an explosion of social tensions of the kind that led to riots last year in other neighborhoods. He says Italian law allows the municipality to issue an ordinance banning the solicitation of sex on certain streets.

"We have chosen the zones where prostitution will be banned. Near homes, schools, churches, parks and playgrounds, there will be zero tolerance," he says. "Sex workers can solicit elsewhere, on the margins of residential areas."

Rome City Hall has agreed to earmark about $2 million this year for a pilot program that would include greater police surveillance and fines of up to $500 dollars for men caught with a sex worker on a prostitution-free street.

Santoro says the plan also calls for specially trained social and health workers to assist prostitutes and help women who want to get off the streets.

"I don't know if this is absolutely the best solution. But given the tools at our disposal and given the hypocrisy around prostitution, I believe right now this is the best proposal possible," he says.

The great majority of prostitutes in Italy are foreigners. Many are undocumented women from Nigeria, victims of human traffickers and women from European Union countries such as Romania and Bulgaria.

Exact statistics are hard to find. But some studies say there's been a 25 percent increase in the sex market in Italy in the last seven years.

Oria Gargano, who works for Bee Free, a group that provides shelters for women who want out of the sex trade, says there's another Italian paradox: The more Italian women have freed themselves from a patriarchal society, the more Italian men seek the services of prostitutes.

The Italian men "don't like the emancipation, the liberation. They say to the prostitutes, 'OK, with you it's OK,' " she says. Because Italian women "want to be free, we want to have our dignity, this is the result."

While Gargano does not disapprove of Santoro's plan, the idea is vehemently opposed by Catholic organizations that say it legitimizes the exploitation of women.

Father Aldo Buonaiuto, the head of a Catholic group that assists victims of the sex slave trade, says, "First, let's free these slaves, and you don't do it by moving them from one street to another, creating ghettos for them. It is shameful that the city of Rome, the cradle of Christianity, can carry out such a proposal, endorsing the sale of the human body."

He says he would like to see Italy adopt Sweden's pioneering law that criminalizes the buyer, not the prostitute.