Accessibility links
As The Arctic Opens Up, The U.S. Is Down To A Single Icebreaker : Parallels Melting ice means more of the Arctic is accessible to exploration and shipping, and countries are racing to establish a presence. But they still need heavy icebreakers, and the U.S. is falling behind. 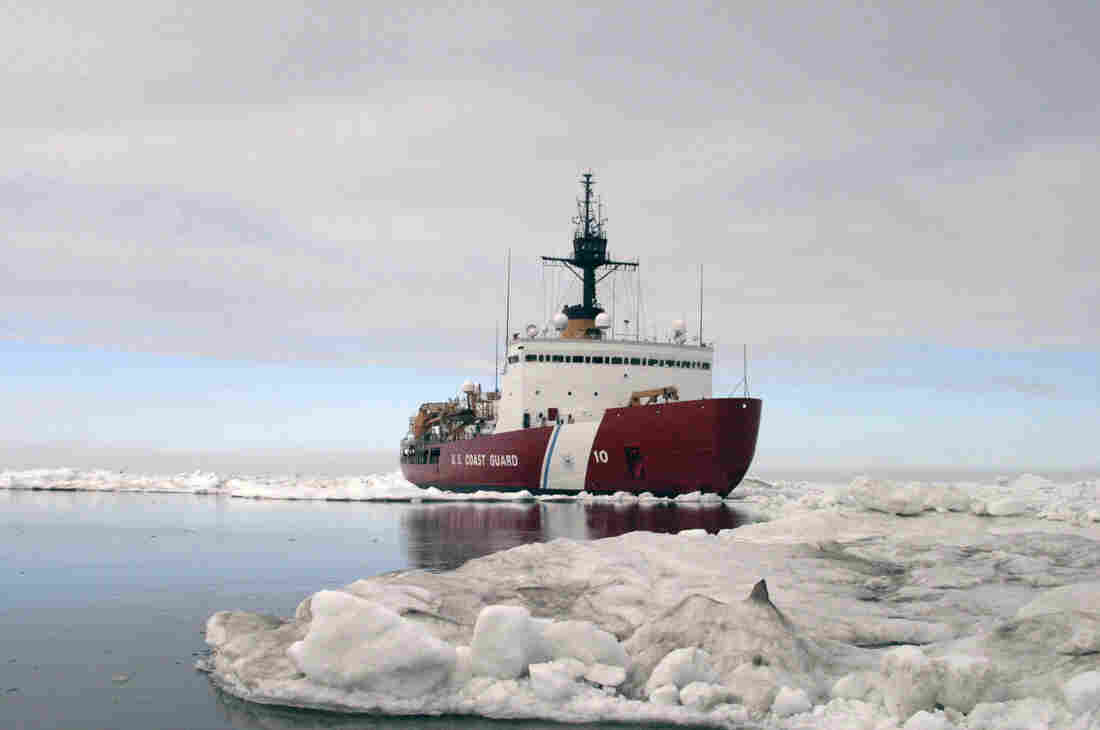 The Polar Star completes ice drills in the Arctic in July 2013. Built in the 1970s and only meant to last 30 years, the vessel is the U.S. Coast Guard's only heavy icebreaker. U.S. Coast Guard/Reuters/Landov hide caption 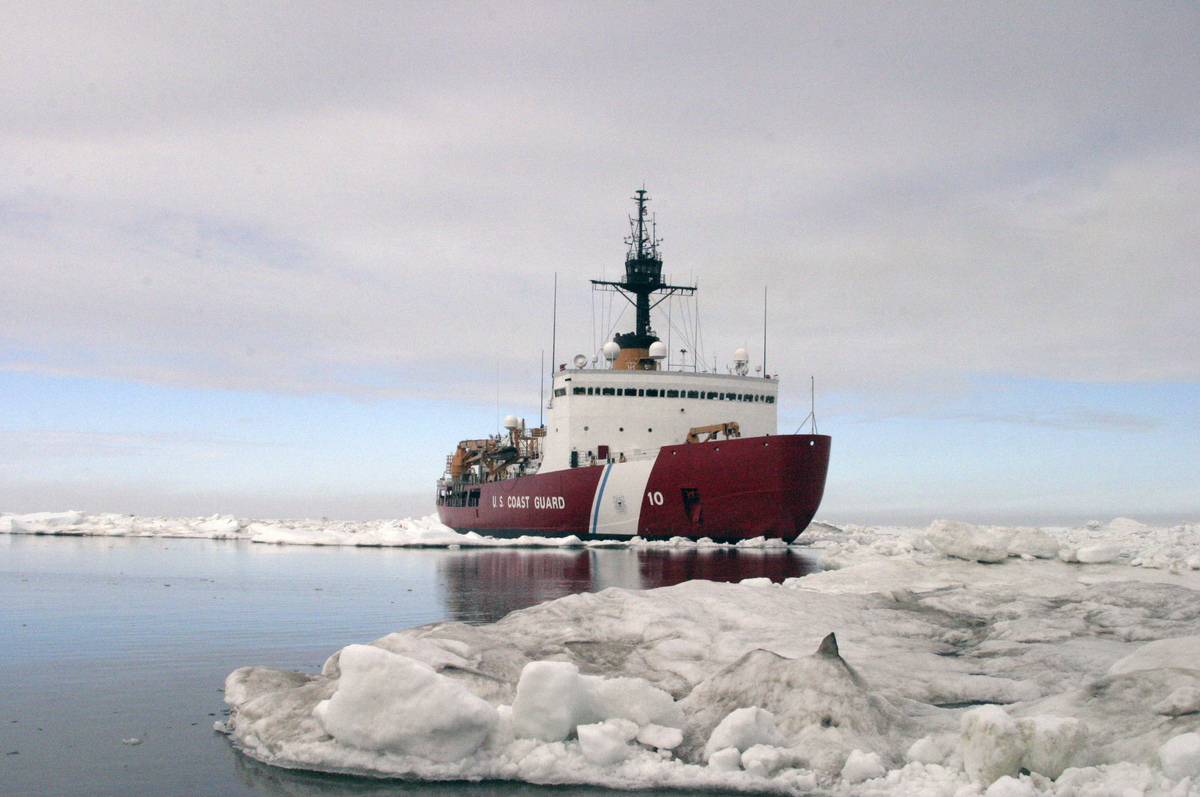 The Polar Star completes ice drills in the Arctic in July 2013. Built in the 1970s and only meant to last 30 years, the vessel is the U.S. Coast Guard's only heavy icebreaker.

Melting ice in the Arctic is creating opportunities for access to oil and gas, and shipping lanes. But the area is still mostly frozen and navigating the inhospitable region on top of the world still requires an icebreaker, the heavy duty ships that are able to crash through massive layers of ice.

The U.S. Coast Guard is responsible for search-and-rescue missions, as well as protecting the environment and defending U.S. sovereignty. The U.S. is one of five countries with territorial claims to the land and waters of the Arctic (The others are Canada, Russia, Norway and Denmark.).

The problem is, the Coast Guard doesn't have enough icebreakers, says Shiva Polefka, an Arctic specialist at the Center for American Progress.

"Our GDP is at least eight times that of Russia. And yet we say we can't afford an icebreaker. We just need to make it a priority."

"At present, we have one heavy icebreaker that's capable of accessing all corners of the Arctic year-round," he says.

That vessel, the Polar Star, was built in the 1970s and was designed to last three decades. It's now in its 40th year and showing its age.

But at least it's still operational, Polefka says, unlike its sister icebreaker, the Polar Sea.

"The Polar Sea had a major engine breakdown in 2010, had to be towed into its home port of Seattle, and it's basically been ... just rusting in the docks in Seattle," he says.

There is another, smaller icebreaker used for scientific research, but it doesn't have the capabilities of the Polar Star.

Having just a single, old heavy icebreaker at a time when other countries are jockeying for position in the Arctic weighs heavily on Adm. Paul Zukunft, commandant of the U.S. Coast Guard.

"Russia has approximately 27 ocean-going icebreakers. ... Some of those are nuclear-powered," he says. "And so we're not even in the same league as Russia right now." 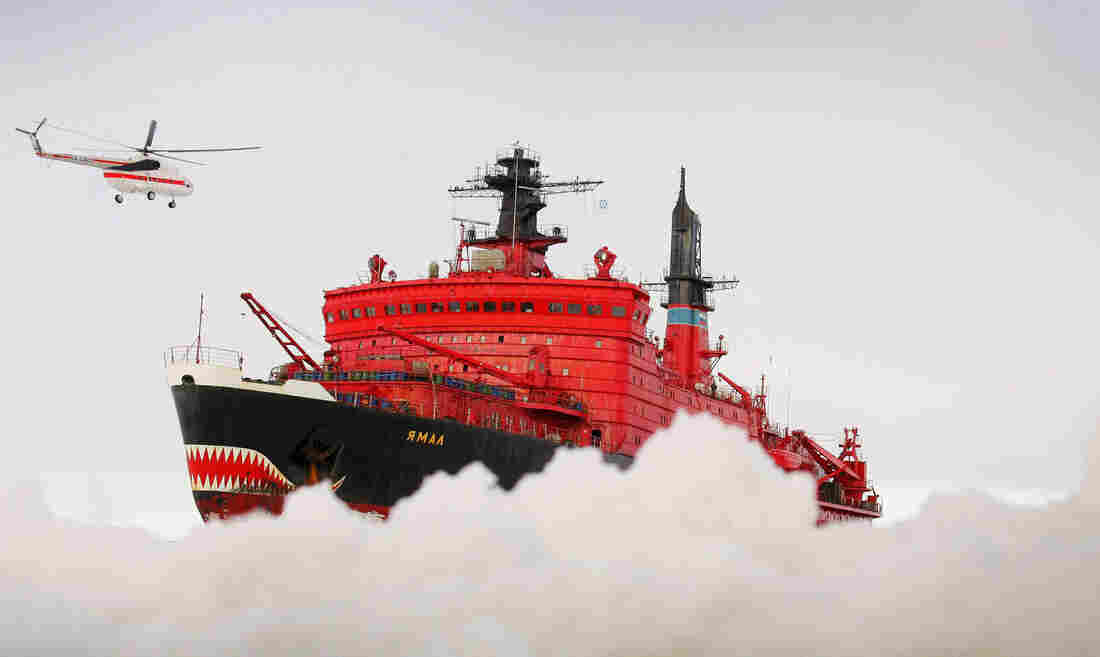 In this photo from September 2009, the Russian, nuclear-powered icebreaker Yamal heads to an ice field in the Arctic Ocean, north of Wrangel Island, where a new research station is to be established. Russia has approximately 27 heavy icebreakers. Smirnov Vladimir/ITAR-TASS/Landov hide caption

Canada, Finland and Sweden all have more icebreakers than the U.S.

China — hardly what you'd call an Arctic nation — recently commissioned its second icebreaker. India is in the process of acquiring its own.

Zukunft says he'd be happy with just one new one right now. But he's unlikely to get that any time soon.

"My acquisition budget for this year is $1.1 billion to buy new stuff," he says. "That would be one icebreaker and nothing else." 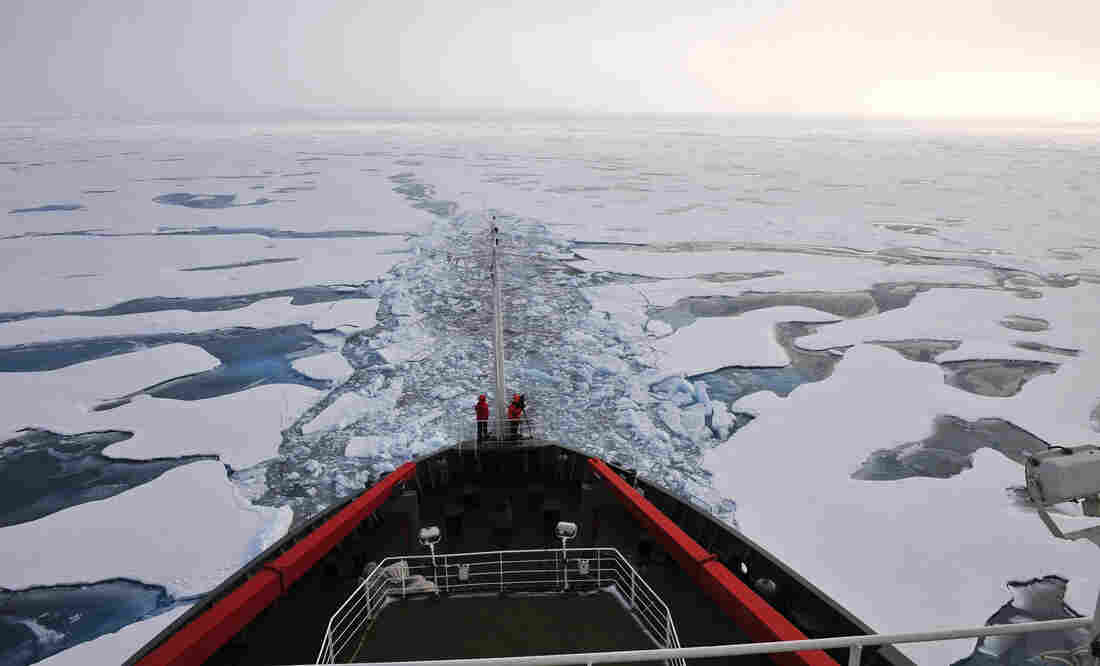 China also has a single icebreaker — Xue Long, or Snow Dragon, shown here sailing in the Arctic Ocean in 2010 — with one more on the way. Zhang Jiansong/Xinhua/Landov hide caption 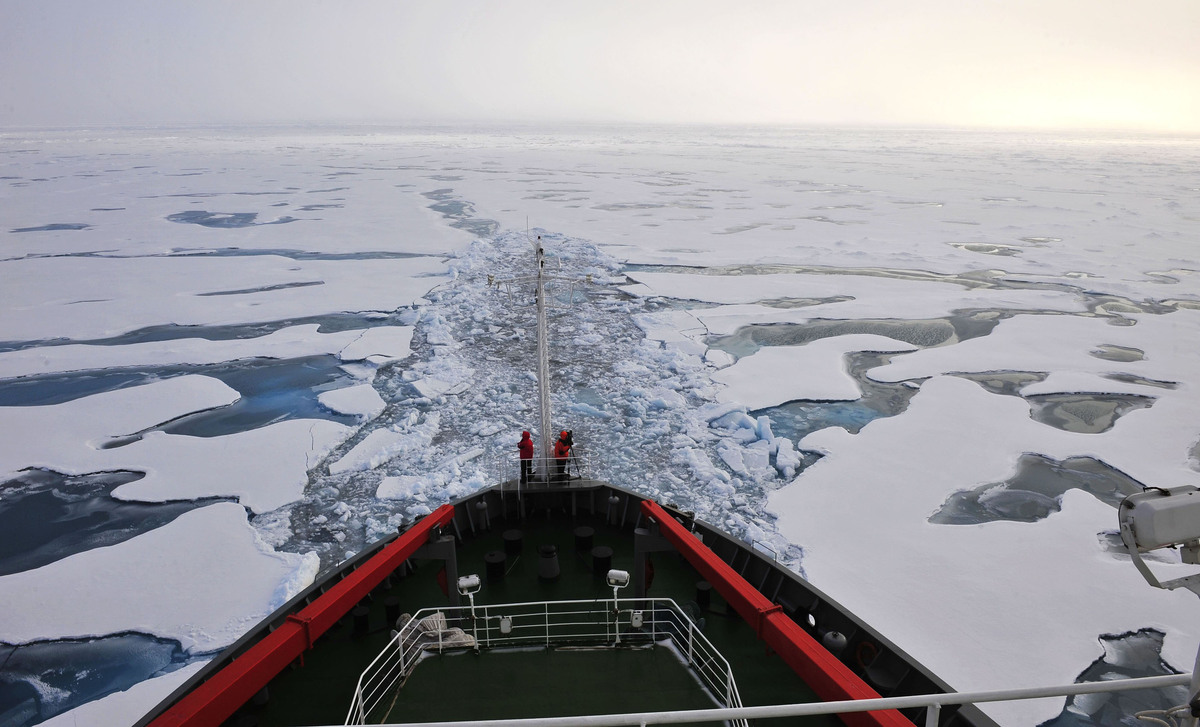 China also has a single icebreaker — Xue Long, or Snow Dragon, shown here sailing in the Arctic Ocean in 2010 — with one more on the way.

The Coast Guard falls under the Department of Homeland Security, which has a tiny budget compared to the Pentagon, says Polefka with the Center for American Progress.

As a comparison, Polefka says, the Navy intends to spend about $20 billion per year for the next 20 years to build new ships.

"Yet the Navy says explicitly in their strategic planning documents that they depend on the Coast Guard to access icy waters. The Navy has no icebreakers of their own," he says.

The Arctic may be the world's next geopolitical battleground. Temperatures there are rising faster than anywhere else in the world, and the melting ice will have profound consequences on the roof of the world. NPR examines what's at stake, who stands to win and lose, and how this could alter the global dynamic in a special series, Race To The Arctic.

But neither the Pentagon nor any other U.S. agency has stepped up to pay for even one icebreaker.

Malte Humpert, the executive director of the Arctic Institute, says that's likely because of uncertainty about what is going to happen in the Arctic. There are questions about how fast the ice will melt and whether it's worth investing in heavy polar icebreakers. He says it's not like acquiring a destroyer or frigate, which can be used anywhere in the world.

Humpert says the Arctic doesn't have the same strategic importance to the U.S. that it does to other northern nations. He says one-fifth of Russia's GDP is generated above the Arctic, and 40 percent of its future oil and gas lies under the frozen waters.

"So from that perspective, it makes a lot more sense to build icebreakers to gain access to open the shipping lanes and so forth," Humpert says.

"Our GDP is at least eight times that of Russia. And yet we say we can't afford an icebreaker," he says. "We just need to make it a priority."

The Polar Star — the only U.S. heavy icebreaker in use — is expected to reach the end of its life by 2020. After that, the Coast Guard may need to rethink its motto of semper paratus, Latin for "always ready."