Accessibility links
Tough Painkiller Rules Push Some Russian Cancer Patients To Suicide : Parallels The rules have been altered following cases where patients killed themselves, saying they couldn't bear the pain and couldn't get painkillers. But advocates say the changes haven't gone far enough. 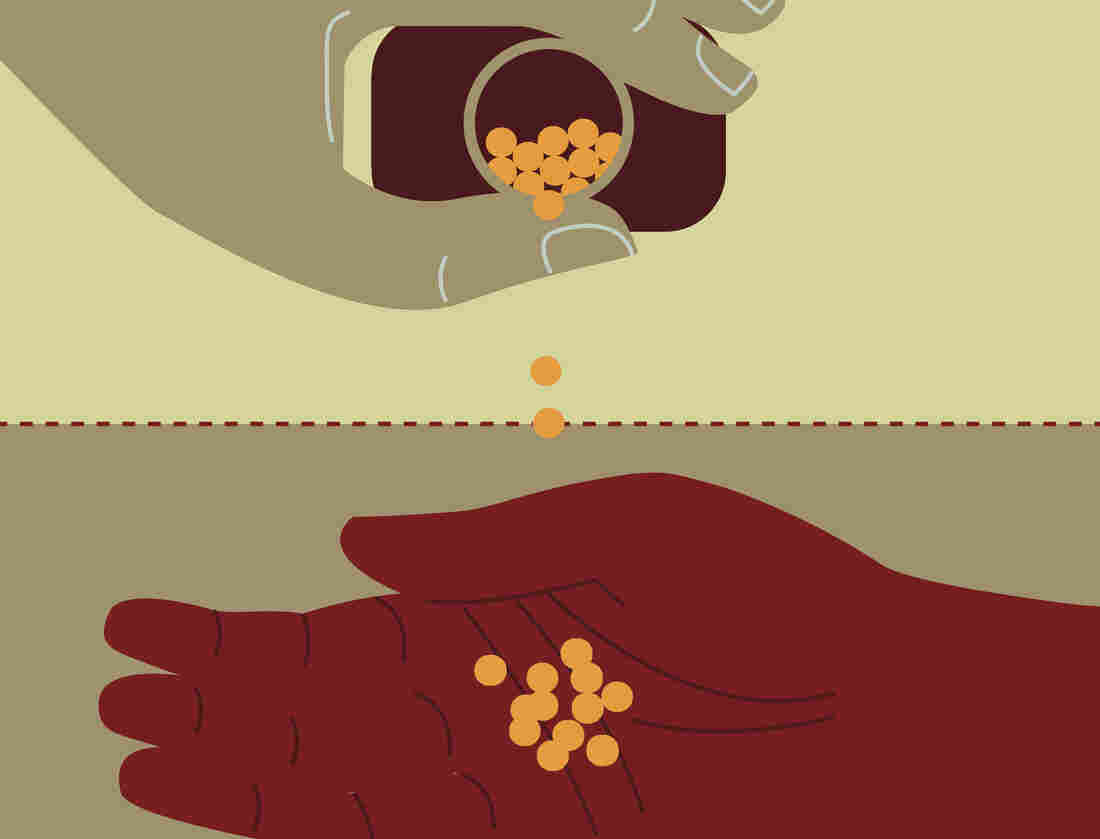 Russia has strict rules on dispensing painkillers. Family members say some cancer patients killed themselves because they could not obtain the medicine and the pain was too great. Andy Baker/Ikon Images/Getty Images hide caption 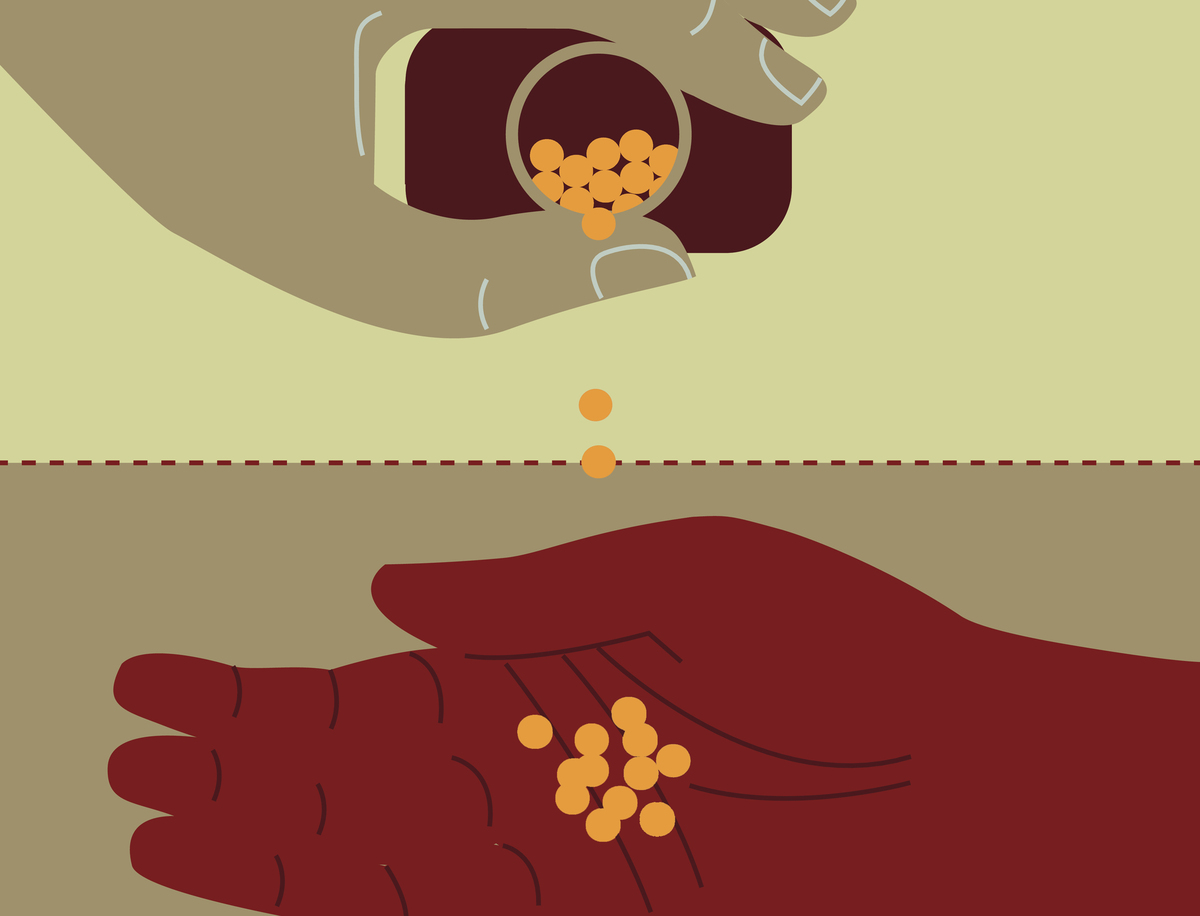 Russia has strict rules on dispensing painkillers. Family members say some cancer patients killed themselves because they could not obtain the medicine and the pain was too great.

There has been a spate of suicides among cancer patients in Russia and family members say their loved ones took their own lives because of unbearable pain, the result of government rules that make it hard to get painkilling drugs.

There's a support hotline for cancer patients called Project Co-operate, where volunteers offer advice and information to callers from all across Russia.

"They are humiliated by the system," Goldman says. "Nobody tells you how you do it. You have to dig it out yourself. So this is the problem. There is no social support for these people."

Goldman's nonprofit group works with a stable of volunteers, most of them psychologists, who try to make up for that missing support.

The job of listening to those pleas for help, she says, is so stressful that most volunteers work only four hours a week — more than that and they burn out.

One of the biggest problems for patients, Goldman says, is getting proper treatment for pain when people are in the terminal stages of their illness.

That's because Russia's anti-narcotics police, the agency that also combats trafficking in heroin and other illegal drugs, also takes a very hard line on prescription painkillers.

"Doctors are very easy targets for the police, because everything is documented," Goldman says. "If you make one mistake, it's so easy to find, and the police also need to show that they are working, and they need to show a number of cases that they have solved."

The result is that many Russian doctors are afraid to write prescriptions for painkillers, because they could be prosecuted if anything is out of order.

Many patients are unwilling to complain publicly for fear of making their situation worse.

A high-profile case in 2014 saw a 73-year-old doctor convicted on drug charges after prescribing pain medication for a dying cancer patient who was a friend of hers.

The conviction was overturned after a second trial, but the doctor said she was exhausted by the legal battle.

Experts say there's also a problem with Russia's medical culture, and the way doctors regard pain.

"They think that pain is normal, that suffering from pain is normal when you have cancer, that dying in suffering is normal," says Anna Federmesser, the director of the Vera Hospiece Charity Fund, one of the few hospice services in Russia.

"It is quite typical that we hear from doctors, when they talk to their patients, 'Yes, you are in pain, but what can you do? This is what cancer is about,'" Federmesser says.

"How do you understand how painful it is for the patient?" she asks. "You cannot measure it, the only gauge is what the person tells you, and it means you have to trust the patient to tell you the truth."

The problems with pain relief have led to an upsurge in suicides by people in the last stages of cancer.

In February, there were at least 11 such deaths in Moscow alone.

Last year, there was a high-profile case in which a navy admiral shot himself after he couldn't obtain pain medication for late-stage pancreatic cancer.

He left a note blaming the government and the Health Ministry, saying that he didn't want to put his family through the ordeal of watching him suffer.

That helped lead to revisions in the law on painkilling narcotics that just took effect this month.

Among other things, doctors will be able to give patients supplies of drugs for up to 15 days at a time, instead of just five.

But Federmesser says what's really needed is to free doctors from the fear of prosecution.

"If we trust doctors to work on our open hearts, to do brain surgery, organ transplants, we maybe should trust them when we talk about working with pain in a patient," she said.

Russian medical officials and lawmakers have promised to keep working on the issue.