Accessibility links
Seeking Control Over Narrative, Egypt Puts Growing Pressure On Journalists : Parallels It's not easy being a journalist in Egypt. The government sometimes tries to control the words reporters use, and new legislation could carry fines or jail time for contradicting the state. 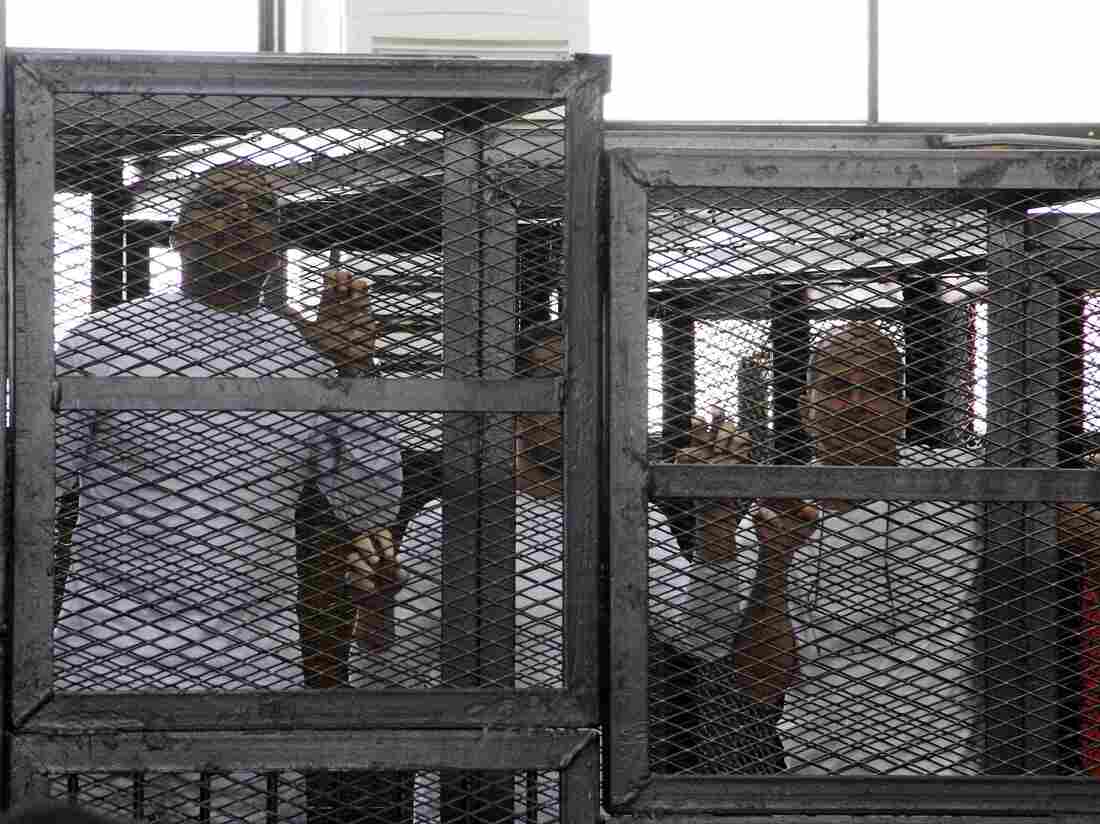 Al-Jazeera English journalists Mohammed Fahmy, left, Baher Mohamed, center, and Peter Greste, right, appeared in a cage during their trial on terrorism-related charges in Cairo in March 2014. The journalists denied all charges. Greste, an Australian, was released earlier this year, but Fahmy, a Canadian-Egyptian, and Mohamed are still on trial. Heba Elkholy/AP hide caption 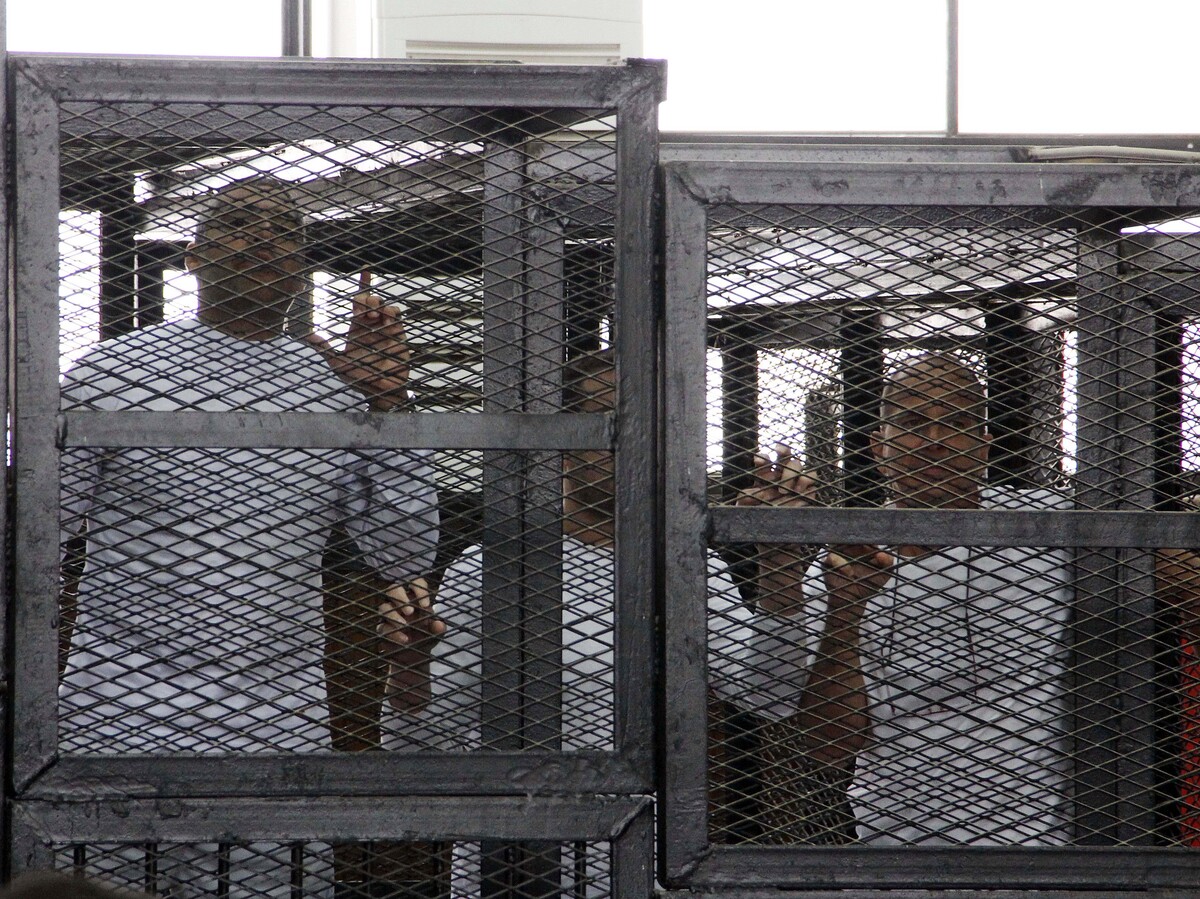 Al-Jazeera English journalists Mohammed Fahmy, left, Baher Mohamed, center, and Peter Greste, right, appeared in a cage during their trial on terrorism-related charges in Cairo in March 2014. The journalists denied all charges. Greste, an Australian, was released earlier this year, but Fahmy, a Canadian-Egyptian, and Mohamed are still on trial.

On Saturday, a blast ripped through Cairo's Italian consulate, rocking the capital. And one of the first things Egyptian police did was briefly hold four foreign journalists — because they arrived too quickly.

It's not a surprise in the current atmosphere, where the foreign media is basically being painted as an enemy of the state in local press and in official statements.

At a recent press briefing at the Foreign Ministry, foreign journalists were given a one-page English guideline on how to describe "terrorists." So as not to tarnish the image of Islam, the ministry says we're not supposed to use terms like "fundamentalist," "jihadists," "Islamist," "Islamic State" or "ISIS."

They prefer some straightforward words, such as "extremist." But they also encourage descriptive language — like "slayers," "destroyers" and "eradicators."

Now, the law doesn't require we take these suggestions. But it is one indication of how much the state is trying to control the narrative at a time when Egypt faces more militant attacks and critics question whether the government can deal with the violence.

A military spokesman was quoted in the semi-official state newspaper Ahram as saying Egypt is fighting two wars, one a "media war" with foreign press who are purposely damaging the Egyptian people's morale — and the other a "ground war" with militants. And a group working under State Information Services, a government body that deals with the press, started emailing foreign reporters asking them to correct casualty figures because they were much higher than the official death toll after an attack by the self-proclaimed Islamic State in the Sinai earlier this month.

With all the accusations in the state-run press against foreign media as enemies of the state, reporting here can be hard work. I'm hesitant to pull out my microphone in the street because Egyptian citizens are encouraged to look for perceived suspicious activity — and turn you over to the police.

This week, a draft counterterrorism law is likely to pass. It includes a lot of broad and worrying language.

One article could easily gag the press. It says if you report something that contradicts information from an official body of the state, you face a minimum of two years in jail.

Egyptian journalists are up in arms about the new legislation. They've complained to the government. So now it looks like the minimum jail time may be replaced with hefty fines for journalists.

These aren't idle threats. The Committee to Protect Journalists says there are at least 18 journalists behind bars.