Accessibility links
The Iranian Nuclear Deal: What Happens Next? : Parallels The nuclear negotiations were complicated. Tuesday's deal has created a whole new set of issues that will require Iran to scale back its program and the international community to ease sanctions. 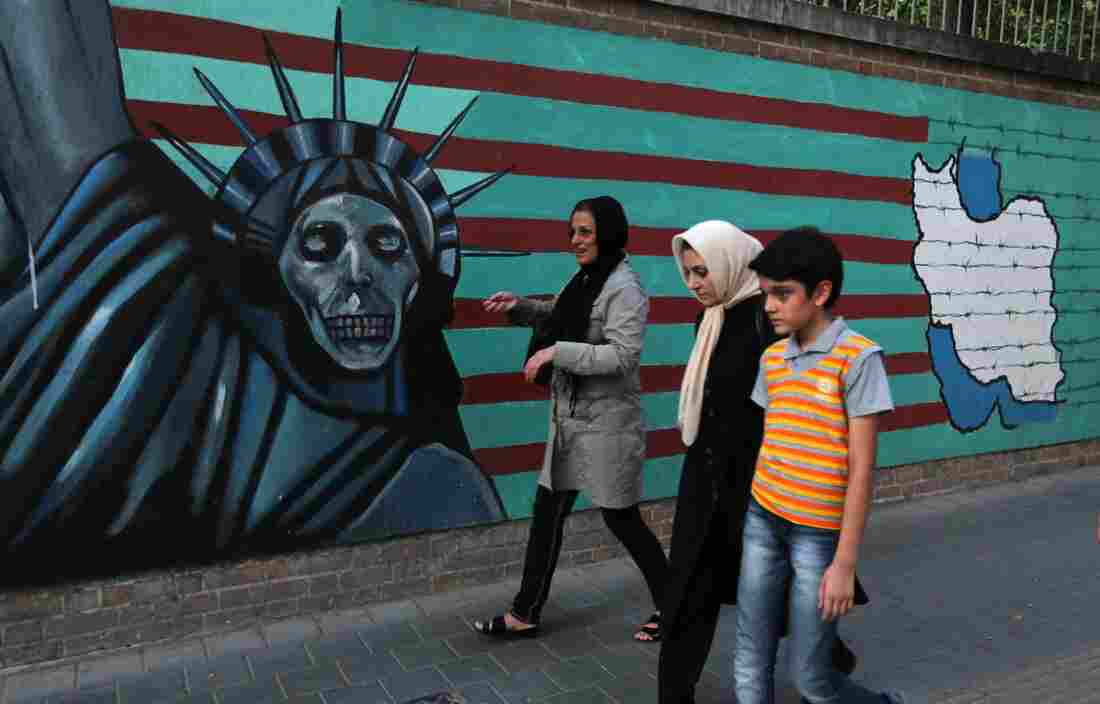 An Iranian family walks past anti-U.S. graffiti on the wall of the former U.S. embassy in Tehran on Tuesday. President Hassan Rouhani told Iranians that "all our objectives" have been met by a nuclear deal agreed upon Tuesday after talks with six world powers, including the U.S. Atta Kenare/AFP/Getty Images hide caption 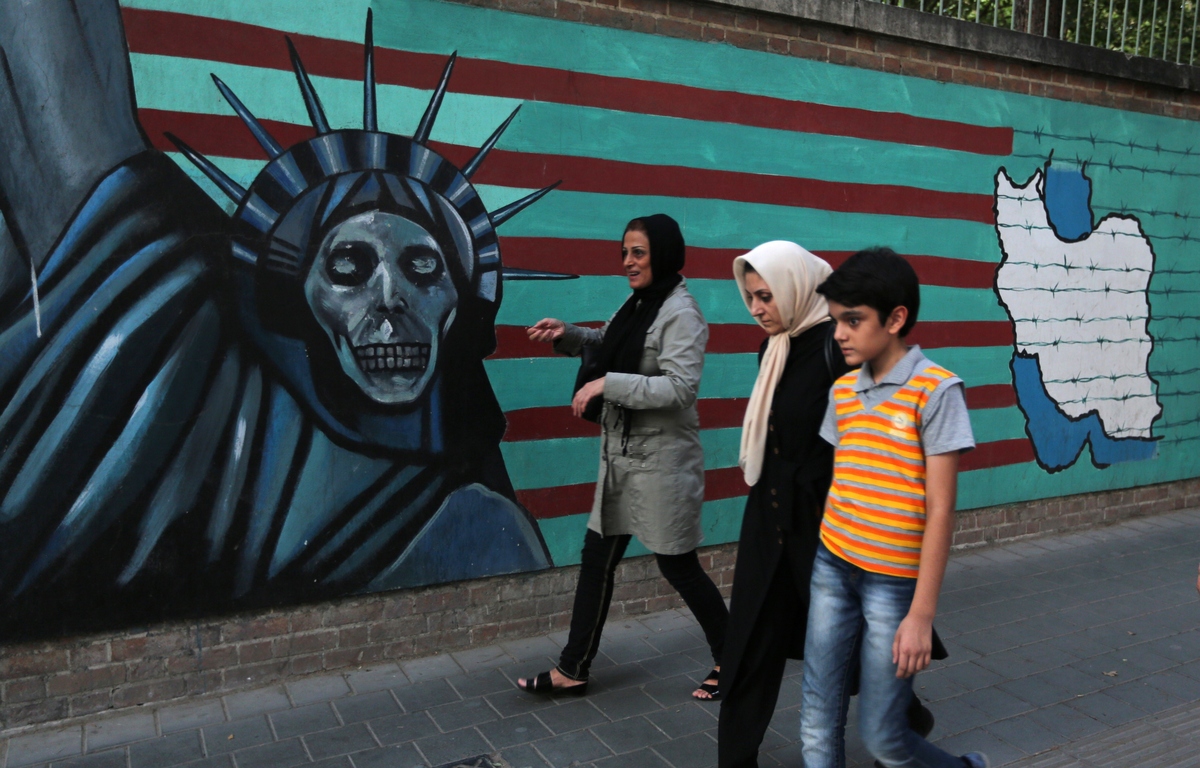 An Iranian family walks past anti-U.S. graffiti on the wall of the former U.S. embassy in Tehran on Tuesday. President Hassan Rouhani told Iranians that "all our objectives" have been met by a nuclear deal agreed upon Tuesday after talks with six world powers, including the U.S.

The Iranian nuclear negotiations were hugely complicated. If you understood them, even vaguely, congratulations.

Now that there's a deal between Iran and six world powers, there's a whole new set of issues to master. Iran is obligated to scale back its nuclear program, inspectors will be poking around to ensure compliance and the international community will have to lift a raft of sanctions.

Here's a primer on what to expect in the next few months:

There will be lots of moving parts. President Obama is already facing resistance in Congress. Iran's leadership may also encounter some domestic critics, though the initial response on the streets of Tehran was celebratory. Inspectors from the International Atomic Energy Agency will spend the coming weeks and months making sure Iran is reducing its uranium stockpile and meeting other initial requirements.

Assuming Iran is in compliance, international sanctions will be suspended. The U.S., the United Nations and the Europeans will then be obliged to start removing the punitive measures, which are to be lifted in a phased manner.

Netanyahu: 'This Deal Gives Iran A Path To A Nuclear Arsenal'

2. Can The U.S. Congress Block The Deal?

In theory, yes. In reality, probably not. Congress has 60 days to review the deal and Republican majorities could well vote it down in both the House and the Senate. But Obama said he would veto such congressional action. Both houses would need a two-thirds majority to override the veto. Obama wouldn't need a single Republican vote for the deal to survive as long as most Democrats support him.

3. What Does The Deal Mean For Oil Prices?

Oil prices initially dipped Tuesday when the deal was announced, based on the expectation that more Iranian oil will be coming on the market. Oil prices fell by half last summer and have remained soft. Brent crude recovered a bit on Wednesday and was trading at around $58 a barrel.

More Iran oil will keep prices low or perhaps depress them further, according to analysts. That means OPEC and other oil producers, including Russia, will continue to face a tough economic environment, while energy prices should stay low in the U.S.

4. How Much Money Will Iran Get As Sanctions Fall Away?

The most commonly cited estimate is at least $100 billion within the next year, though it could be larger.

Under the sanctions, many European states and other countries stopped buying Iranian crude over the past three years. Those still importing it have been putting money into escrow accounts. Those accounts are now estimated to total around $100 billion, which would be released to Iran.

In addition, Iran could potentially double its exports, mostly by resuming sales to Europe. Iran currently exports a little over 1 million barrels a day, but that could go up to 2 million or more, which is where Iran was a couple of years ago before the oil sanctions kicked in.

Financial sanctions also will be lifted, opening the way for European countries to do business in Iran.

The U.S. has imposed many sanctions against Iran since relations were ruptured following Iran's 1979 Islamic revolution. While the U.S. will have to remove sanctions linked to Iran's nuclear program, the Obama administration made clear that non-nuclear sanctions, such as those related to human rights violations, will stay in place.

5. What Happens As Restrictions Ease After 10 Years?

Critics say this may be the weakest part of the deal. After a decade, restrictions on Iran's nuclear program will start to fall away.

In an April interview with NPR, Obama conceded that Iran's "breakout time" for developing a nuclear weapon could dwindle considerably after this period.

While Iran's program will be scaled back initially and then essentially frozen until 2025, the deal acknowledges Iran's right to nuclear enrichment and the country will be able to conduct some research in the interim.

Dennis Ross, who handled Iran policy at the White House during Obama's first term, put it this way in an email:

"The strengths are that we definitely buy 10 to 15 years in terms of deferring an Iranian nuclear weapon. The main weaknesses are that Iran will be a nuclear-threshold state at year 15 and the gap between that and nuclear weapons will be small."

Greg Myre is the international editor at NPR.org. Follow him @gregmyre1.