Accessibility links
Iran Nuclear Pact Could Spark Buildup Of Conventional Weapons : Parallels As part of the nuclear deal, an embargo on selling conventional arms to Iran will be lifted in five years. This makes U.S. allies in the Middle East uneasy, and they may want more weapons themselves. 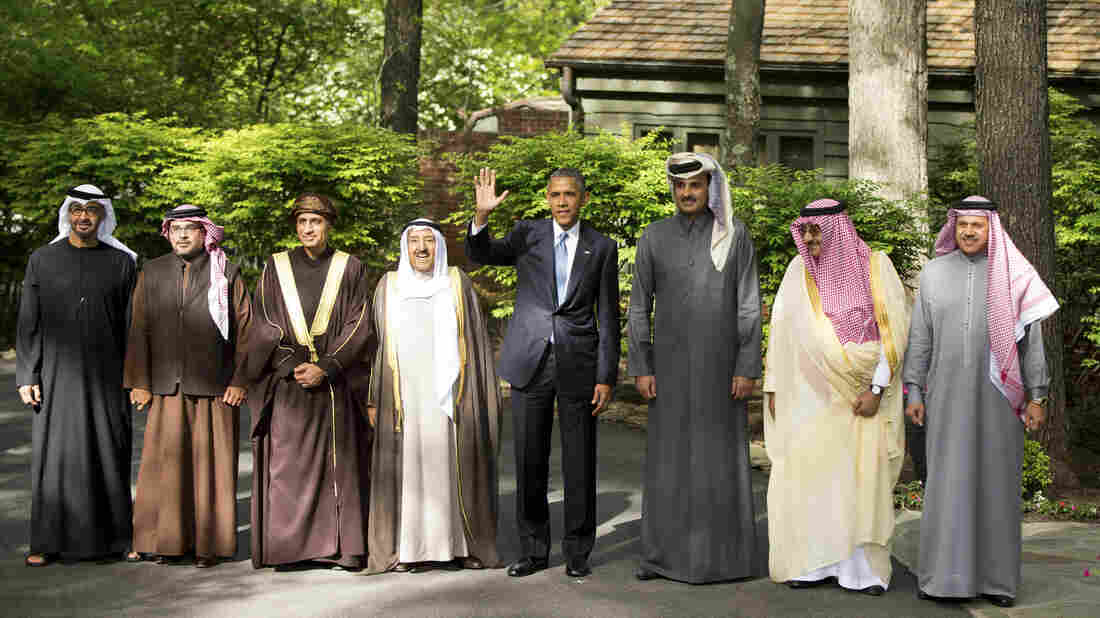 President Obama hosts leaders of the Gulf Cooperation Council at Camp David, Md., on May 14. The president gave assurances that the U.S. would support its allies in the region concerned over Iran's growing influence. Andrew Harnik/AP hide caption 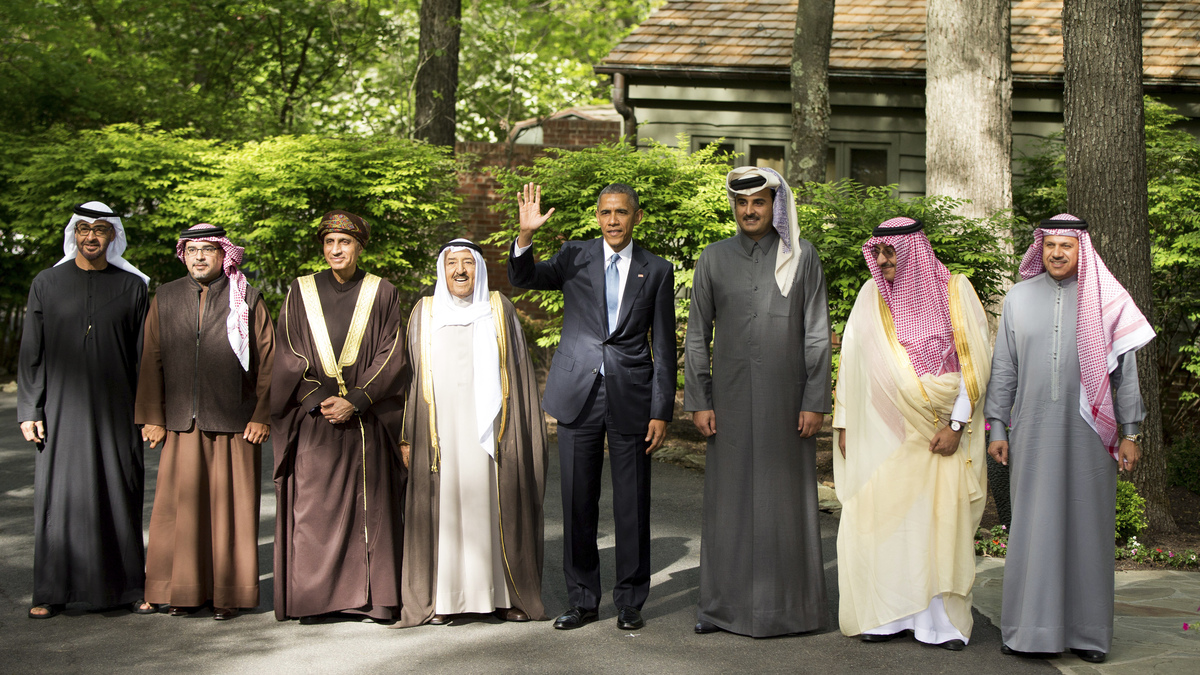 President Obama hosts leaders of the Gulf Cooperation Council at Camp David, Md., on May 14. The president gave assurances that the U.S. would support its allies in the region concerned over Iran's growing influence.

The deal between Iran and six world powers is limited to keeping that nation from building a nuclear bomb. But it's inevitable that the agreement, announced Tuesday in Vienna, will have broader consequences and one of them could be a buildup of conventional arms in the Middle East.

As part of the nuclear deal, a United Nations arms embargo on Iran, which was imposed in 2007 in response to the country's nuclear program, will be lifted in five years for most weapons, and in eight years for ballistic missiles.

This is making some U.S. allies in the region uneasy, and they're likely to seek more conventional weapons to counter an anticipated buying spree by Iran.

The U.S. has assured its allies that they can count on Washington's help standing up to Iran. Two months ago, President Obama invited the Arab leaders of the Gulf Cooperation Council, or GCC, to Camp David, where he promised them greater security cooperation.

"We'll help our Gulf partners improve their own capacity to defend themselves," the president said. "The United States will streamline and expedite the transfer of critical defense capabilities to our GCC partners. We will work together to develop an integrated GCC defense capability against ballistic missiles, including an early warning system."

All of which could prove a bonanza for U.S. arms manufacturers, says William Hartung, who closely tracks the arms trade in the Middle East for the Washington-based Center for International Policy.

"It'll definitely be a kind of an arms bazaar environment," he says. "If they go ahead with an integrated defense system, it'll be a huge boon to U.S. contractors — like Raytheon and Lockheed Martin and others that work in the missile defense area — because those systems could easily cost tens of billions of dollars."

Netanyahu: 'This Deal Gives Iran A Path To A Nuclear Arsenal'

That would be in addition to the tens of billions of dollars worth of weapons U.S. arms contractors already have sold to Israel, Saudi Arabia and other adversaries of Iran.

Anthony Cordesman, an expert on Middle East military matters at the Center for Strategic and International Studies, says that, far from starting an arms race, these developments will be about keeping Iran from getting back into a game in which it's already very far behind.

"Its air forces, its surface-to-air missile forces, its land forces are worn and really not highly capable," Cordesman says. "They're large in numbers but low in war-fighting ability."

Despite that disadvantage, there were warnings on Capitol Hill that the agreement reached in Vienna could touch off a nuclear arms race in the Middle East.

"Saudis are already taking steps now, maybe working with Pakistan, to produce their own nuclear capability," says Rep. Michael McCaul, the Republican chairman of the House Homeland Security Committee. "Then Turkey's going to want that, and Egypt's going to want it, and on and on and on."

That concern is unfounded, says Philip Gordon, who was the top Middle East adviser at the White House until three months ago.

"You're taking Iran away from the brink and giving reassurance that it's not close to breaking out and suddenly having a nuclear capability, which is what would lead the other countries to get one," he says.

Cordesman says that, above all else, the Arab Gulf States want Washington's reassurance.

"They're going to want to make sure that the U.S. will make good on its security guarantees, that it will be a partner, that there will be, in any emergency, U.S. support," he says.

Those assurances will likely be delivered next week, when Defense Secretary Ash Carter travels to Israel and other nations in the Middle East.