Accessibility links
Beyond A Bailout: Greece Needs Debt Relief, IMF Says : Parallels Greece is so saddled with debt it probably can't turn its economy around for years, the International Monetary Fund says. But writing down debt would require an OK from Germany, which has opposed it. 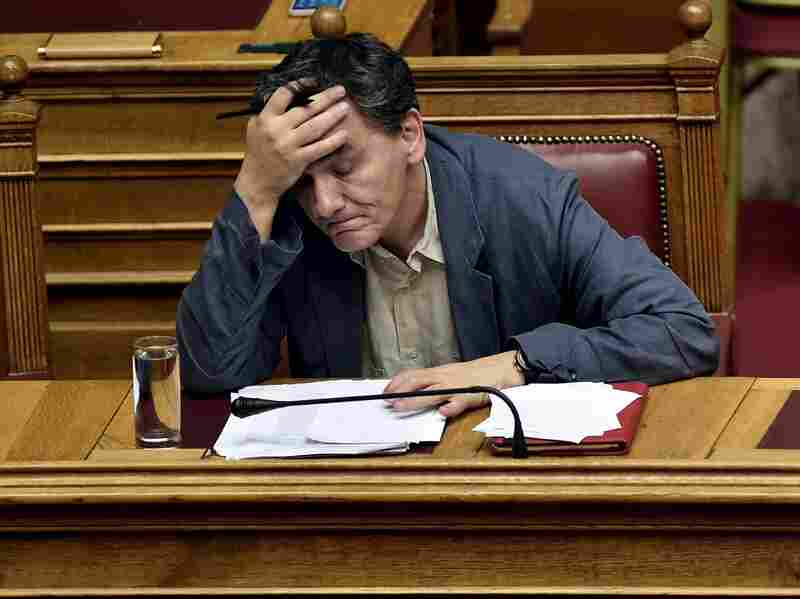 Greek Finance Minister Euclid Tsakalotos attends a session of Parliament in Athens on Wednesday as lawmakers prepared to vote on reforms demanded by eurozone creditors in exchange for a new bailout. Aris Messinis/AFP/Getty Images hide caption 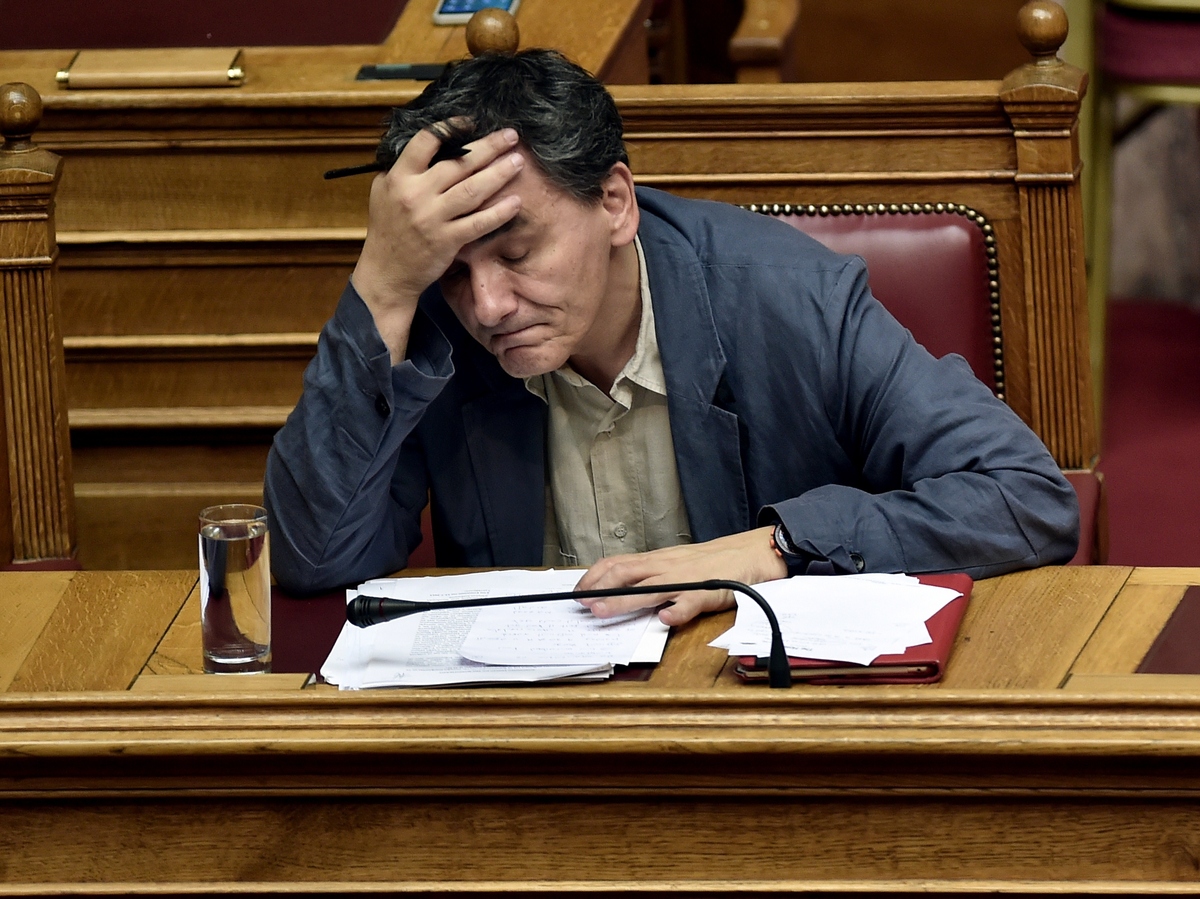 Greek Finance Minister Euclid Tsakalotos attends a session of Parliament in Athens on Wednesday as lawmakers prepared to vote on reforms demanded by eurozone creditors in exchange for a new bailout.

Whatever comes of the latest bailout plan for Greece, it may not be enough to save the country's economy, a new report from the International Monetary Fund says.

The IMF says Greece is so saddled with debt that it probably can't turn its economy around for years — even if it does everything its creditors want. The IMF wants European officials to grant some kind of debt relief to Greece, but such a move has been strongly opposed by Germany.

Before this year, Greece's troubled economy had been slowly getting back on its feet. But the bank shutdowns and debt default of the past few weeks have erased many of its gains, Harvard economist Ken Rogoff says.

"They're in free fall at the moment," he says. "You still can't get money out of the ATMs; it's really hard to get bank loans. So in the very near term, this situation's extremely grim — likely to get worse before it gets better."

If Greece is ever to recover, it needs investment dollars. But the current uncertainty and turmoil are scaring investors away, says Nicolas Veron, visiting fellow at the Peterson Institute for International Economics.

"There is also the constant threat of an exit from the eurozone, and very plainly there are a number of people in Germany who have made it known that they thought it remained a good idea and this acts as a constant drag on investment in Greece," he says.

Tired Of Greek Reruns? Understandable, But A New Season Is Beginning

Greece By The Numbers

What's Next For Greece?

Even if Greece complies with all the economic reforms that its European creditors want — and that's a very big if — IMF officials say it still faces very tough going. Though many factors can play a role, some economists say a country is in trouble if its debt levels exceed about 90 percent of its annual gross domestic product. The IMF says Greece's debt load is well above that and rising fast.

"The IMF forecast is that debt-to-GDP ratio in Greece will go to 200 percent in 2017 if all those measures are implemented, and that's far beyond any capacity to pay it back," says Aidan Regan, a lecturer at University College Dublin.

Regan says that as a country that exports very little, Greece has no real chance of growing fast enough to pay off its debt anytime soon. In that sense, he says, the debt load has become unsustainable.

The IMF passed on a chance to write down Greece's private sector debt in 2010, in what it later acknowledged was a big mistake.

Domenico Lombardi of the Center for International Governance Innovation says the situation "is really getting out of hand. The IMF wants to raise this issue more strongly and with greater determination."

A lot of economists agree with the IMF that without debt relief Greece's fate is essentially sealed. European officials have already had to extend the deadline for Greece to pay what it owes.

Veron, of the Peterson institute, says as a result Greece's condition isn't as dire as some people believe. "Because repayment is so much into the future and the interest rates are pretty low, there is not a big burden on the Greek economy from the repayment of that debt," he says.

But Lombardi says Europe needs to go further. "What is required is really a more fundamental and more radical approach rather than kicking the can down the road as it has been done so far," he says.

Any debt relief will have to get the approval of Germany, and German officials have repeatedly made clear they're unwilling to write down Greece's debt — something that would be hugely unpopular in Germany. They have left open the possibility of extending the terms of Greece's loans again, but even then it will take many years for Greece to pay off what it owes.

In the audio of this story, as in a previous Web version, we say economists generally agree countries get in trouble when their debt exceeds 90 percent of their annual gross domestic product. While true at one time, economists today take a more nuanced view. They generally say many factors influence the point at which a country's debt becomes unsustainable.