Accessibility links
Nuke Inspectors Gear Up For Iran, But Americans Unlikely To Be Included : Parallels The International Atomic Energy Agency can have 130 to 150 inspectors to keep tabs on Iran's nuclear program. The U.S. is paying the largest share, but probably won't have inspectors inside Iran. 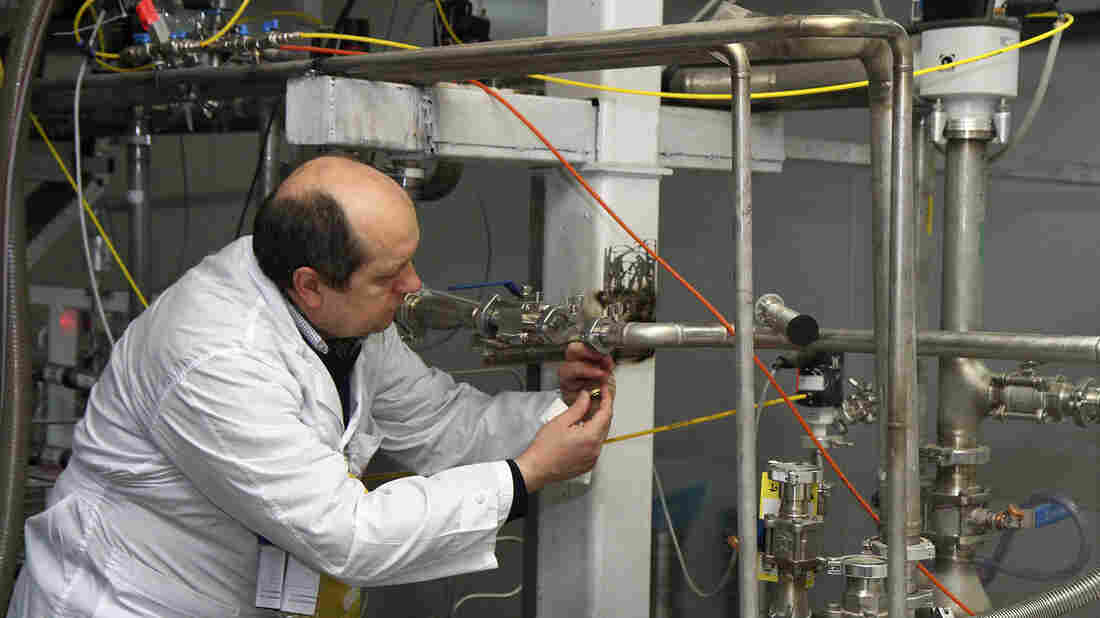 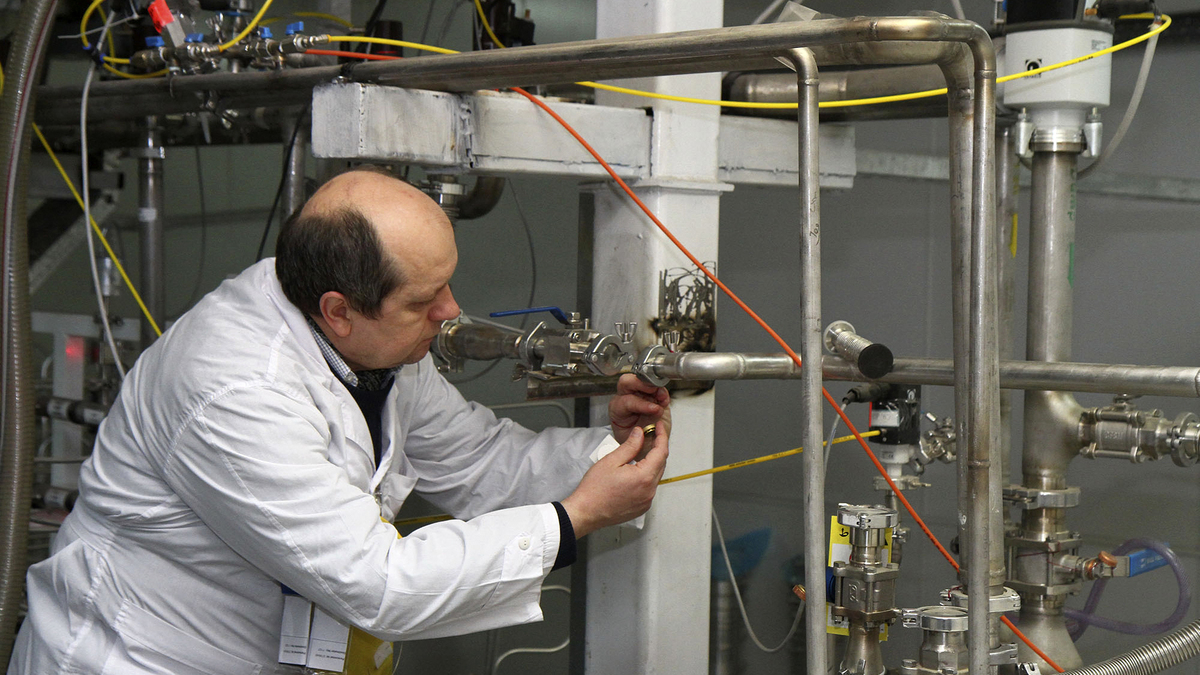 An International Atomic Energy Agency inspector cuts a uranium enrichment connection at Iran's Natanz facility, 200 miles south of Tehran, in 2014. This week's nuclear deal gives the IAEA up to 150 inspectors to monitor Iran for compliance.

The International Atomic Energy Agency has the big job of making sure Iran complies with the landmark nuclear deal reached this week in Vienna.

So how will the IAEA go about this? How many inspectors will they have? How many will be Americans?

Thomas Shea, who spent more than two decades as an IAEA inspector, says Iran does not accept any American inspectors today. He recently told the Atlantic Council that he hopes that will change.

"I do think that there's a need for more Americans on the staff," he said, pointing out that the U.S. pays a quarter of the IAEA's $380 million annual budget. Shea says this should entitle the U.S. to have one out of four of the inspector jobs.

However, the language in the agreement says that Iran "will generally allow the designation of inspectors from nations that have diplomatic relations with Iran."

Since the U.S. and Iran broke off ties after the 1979 Islamic revolution, it appears unlikely that any American inspectors will be getting a first-hand look at the Iranian nuclear facilities.

Trevor Findlay of Harvard University's Belfer Center for Science and International Affairs says it is not necessary and, perhaps, not helpful, to have American inspectors inside Iran.

"In the Iraq case that was a significant point of controversy," Findlay told NPR. The presence of US inspectors in UN teams in Iraq "caused political difficulties and in the end was counterproductive."

Iraq accused U.S. inspectors of being spies and claimed their main aim was to obtain Iraqi military secrets.

A U.S. Role Outside Iran

The IAEA needs to make sure that its reports on Iran are viewed around the world as objective, Findlay said. He thinks the U.S. could do more in Vienna, where the inspectors' reports are analyzed and where the IAEA's task force on Iran is based.

The IAEA director general, Yukiya Amano, says it costs about one million euros (a little more than $1 million) a month to keep tabs on Iran's nuclear program at present and that figure may rise as this deal is implemented.

The agency will need additional inspectors and the agreement calls for that number to rise to between 130 and 150 that are dedicated to Iran. They will rotate in and out, and only a small portion of the total are expected to be in Iran at any one time.

Lifting Sanctions Will Release $100 Billion To Iran. Then What?

U.S. officials say they will make sure the IAEA has what it needs. Jon Wolfsthal, a nuclear expert in the White House, told the Atlantic Council that the Obama administration is already offering technology to ensure Iran adheres to strict limits on its uranium enrichment program.

He cited the cameras and online enrichment monitors that will be installed at enrichment facilities.

"It's sort of like a thermostat. You could set it so that when it hits 3.67, you are good," Wolfsthal explained, referring to the level to which Iran can enrich uranium under the deal. "When it hits 3.68, it sends an alarm out and we know they've gone above the enrichment level."

IAEA inspectors won't just be monitoring known nuclear sites. They will also try to make sure there are no hidden facilities.

If inspectors want to go a site, Iran has a maximum of 24 days to let inspectors in or satisfy the IAEA's requests in other ways before Iran is found in non-compliance. Wolfsthal disagrees with those who say this deal gives Iran too much leeway.

"Are we worried Iran is going to build an underground enrichment or reprocessing facility? If they are, they can't get rid of it in 24 days," he said, describing uranium as a "pesky element" with a half-life of about 4 billion years. "That doesn't easily go away."