Accessibility links
Obama's Roots A Source Of Pride — And Discord — In Kenya : Parallels When President Obama was elected in 2008, Kenyans rejoiced. U.S.-Kenya relations have had ups and downs since then. Kenyans now eagerly await Obama's first presidential visit to his father's homeland. 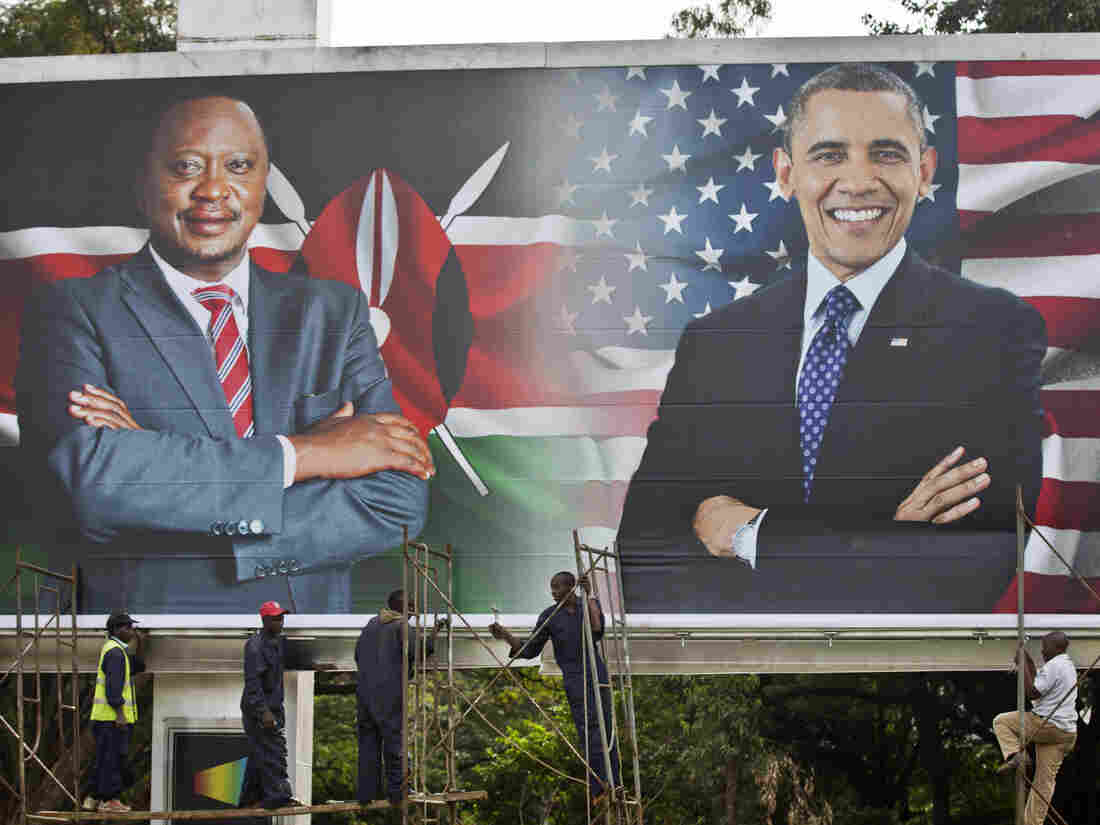 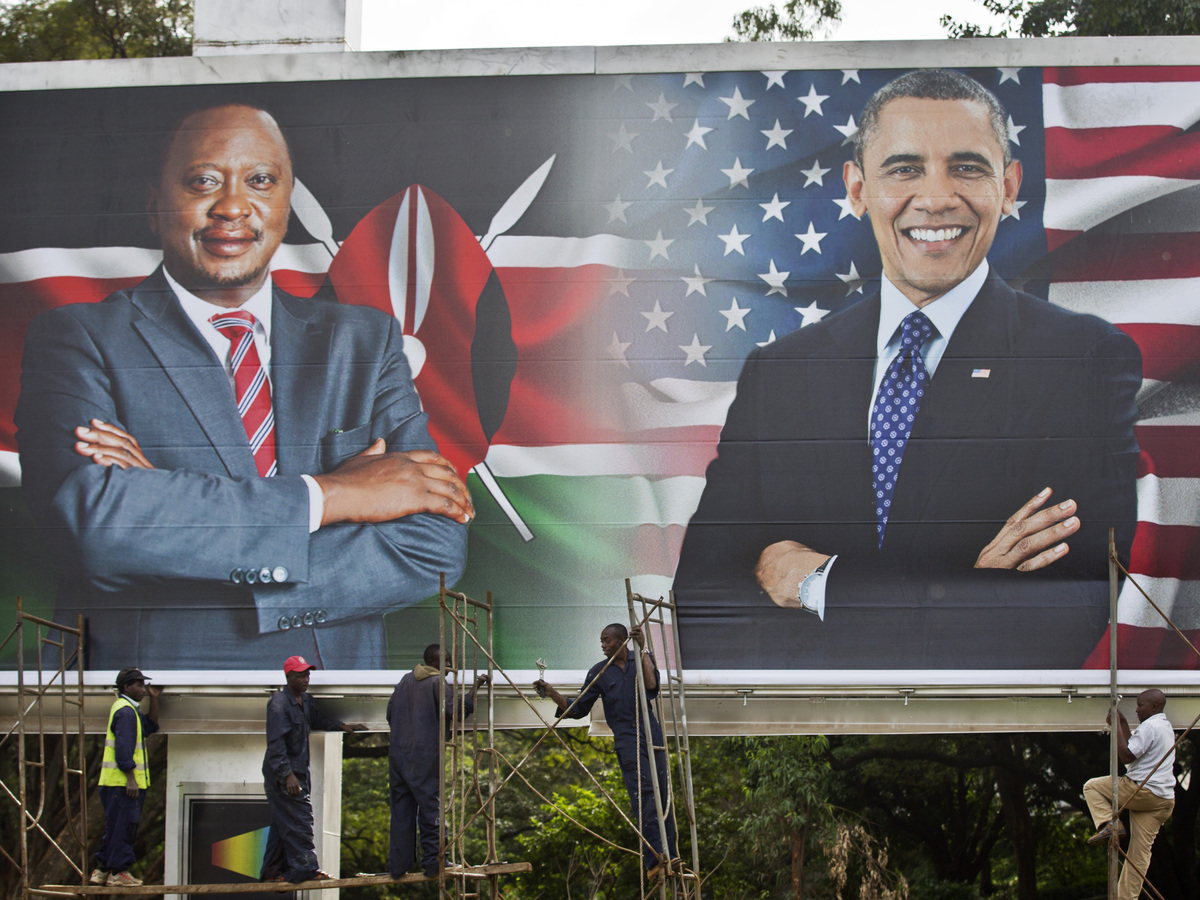 The billboard that President Obama will see when he exits the airport in Nairobi on Friday says: "Welcome Home, Mr. President."

Obama's Kenyan roots have been a source of pride, but at times a source of discord, too, in the land of his father's birth.

For example, when Barack Obama won the U.S. presidency in 2008, Kenyans were ecstatic. His victory was declared a national holiday.

To The Dismay Of Kenyans, President Obama Will Just Fly By

"There were a section of Kenyans who celebrated, others who cursed and mourned, seeing Obama as a Luo," says Caleb Atemi, a Nairobi-based media consultant.

That perception played into a leadership battle between Kenya's two dominant tribes.

2012 was the run-up to an election year in Kenya. On one side was Raila Odinga, an ethnic Luo like Obama's father, Barack Senior. On the other was Uhuru Kenyatta, the son of Kenya's first president and a Kikuyu.

The polls were neck and neck. One month before the election, in February 2013, Johnnie Carson, then Obama's Assistant Secretary of State for African Affairs, said:

"We as the United States do not have a candidate nor a choice in this election process. But ... choices have consequences."

"Choices have consequences" referred to charges against Kenyatta in the International Criminal Court — that he'd orchestrated violence during the last election, in 2007.

Obuya Bagaka, a professor at Nairobi's Kenya School of Government, says the phrase marked a pivot in U.S.-Kenya relations. Kenyatta's campaign went on the offensive and spun it as an attempt by America to meddle in African politics. Obama was cast as favoring a particular candidate.

Many observers at the time thought that the U.S. did seem to be favoring one candidate — the one who wasn't accused of war crimes. Obama's Kenyan roots became an issue. Carson's words were spun in Kenya as evidence of the American president's ethnic favoritism. And there was a backlash by Kenyan voters. Uhuru Kenyatta squeaked by with a victory.

As president, Kenyatta made a point of courting China with a "Turning East" policy. President Obama flew over Kenya on his July 2013 Africa trip, but did not land. Relations between the U.S. and Kenya took a hit.

The two countries' trade relationship also improved. Kenyatta was a guest at the U.S.-African Leaders Summit, convened by the White House last summer. And Friday, President Obama will make good on his 2013 promise to visit Kenya before the end of his term.

Of course, one could have started this history even earlier, with the bad blood between Obama's father and Kenyatta's father.

Obama's father, Barack Senior, had public disagreements with Kenyatta's father, Jomo Kenyatta, the first Kenyan president. It was seen as a political dispute exacerbated by their ethnic differences.

Or one could go back to the scholarship Barack Senior was awarded in 1959 to study economics in the United States, where he would leave behind a son in Hawaii who would grow up to become president — the first sitting U.S. president to visit Kenya.