Accessibility links
Torn Between Native And Adoptive Lands, Israel's Iranian Jews Hope For Peace : Parallels About 100,000 Iranian Jews have made Israel their home, and small numbers continue to move to the country. And no one feels more torn about the enmity between the two countries than they do. 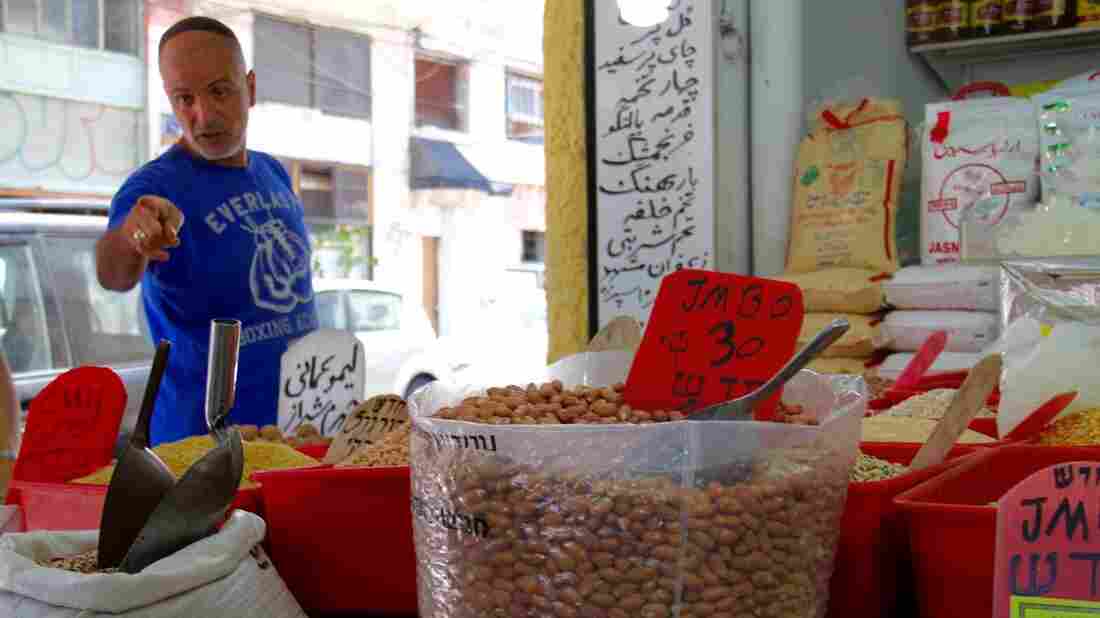 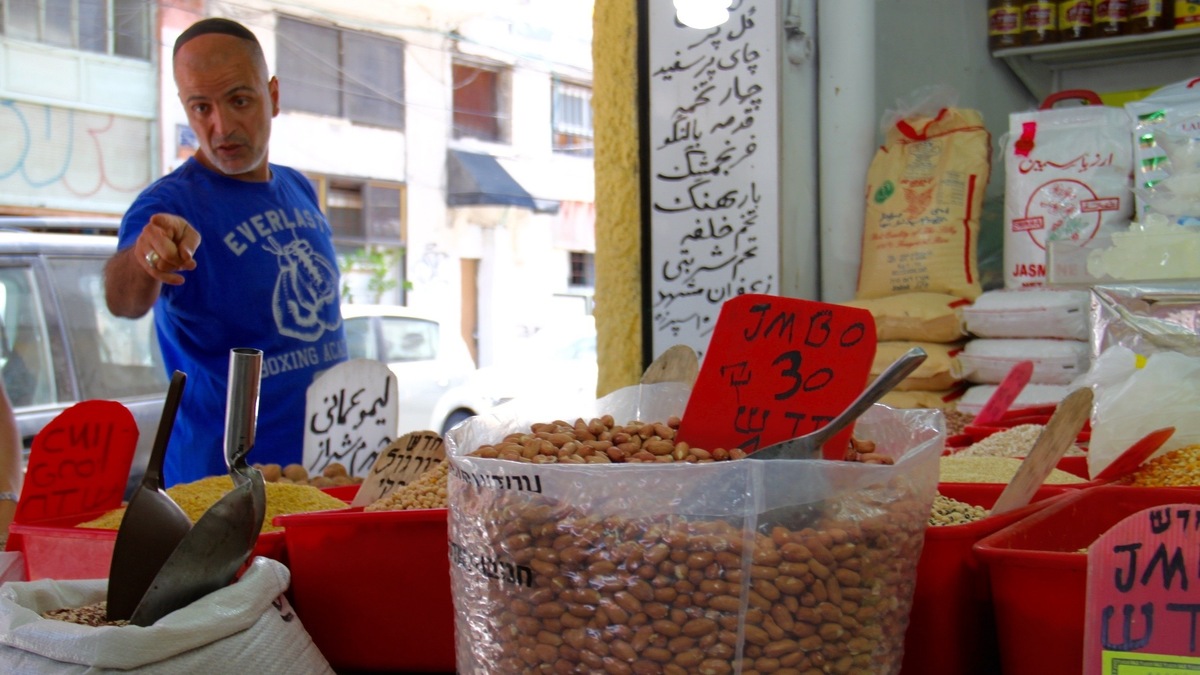 In a dry goods shop in the middle of Tel Aviv, plump sacks of dried lemons and spices practically spill out onto the street. There are signs everywhere handwritten in Farsi. It might as well be Tehran.

The owner, Behruz Baradarian, moved to Israel 30 years ago from the Iranian capital. He's one of about 100,000 Iranian Jews who have made Israel their home. And no one feels more torn about the enmity between the two countries than Israel's Iranian Jewish community.

He says the California variety is second-rate.

"Now that sanctions on Iran are set to be lifted, maybe Iranian pistachios will eventually make their way back onto the market," he says. Even so, he adds, that would not make the nuclear deal with Iran worth it.

"Pistachios won't solve the problem," he says. "Iran says it wants to destroy us."

There's a paradox here: Iran is hostile to the Jewish state, but it also is home to an ancient Jewish community.

Baradarian keeps in touch with his relatives in Iran on the phone and on the Internet. Jews in Iran can travel discreetly, via a third country, to visit relatives in Israel. Some even pack specialty Iranian tea blends to sell to Baradarian.

Small numbers of Iranian Jews are still moving to Israel each year. In an ideal world, they could be a good bridge between Israel and Iran. But an Israeli government spokesman refused to discuss immigration statistics, so as not to anger the Iranian government and endanger Iran's Jewish community.

Kamal Penhasi, a Jewish immigrant in Israel who runs an online magazine in Farsi, says he has readers back in Iran. But he says Iranian regime-affiliated websites have posted his photo and accused him of being an Israeli spy.

"I am a simple citizen, Iranian-Israeli citizen," Penhasi says. "I love my country, I love this country. I hope to see peace between the two nations. That's all."

Relations between Iran and Israel weren't always this bad. During the rule of the Shah in the 1970s, Iran purchased a plot of land in an upscale Tel Aviv district to build a new embassy. Then came the 1979 Iranian Revolution, and diplomatic ties broke off.

That land still belongs to Iran. Today, there's a small playground and benches, but Israel won't let anything be built — in case Iran ever renews ties with Israel and builds its embassy. 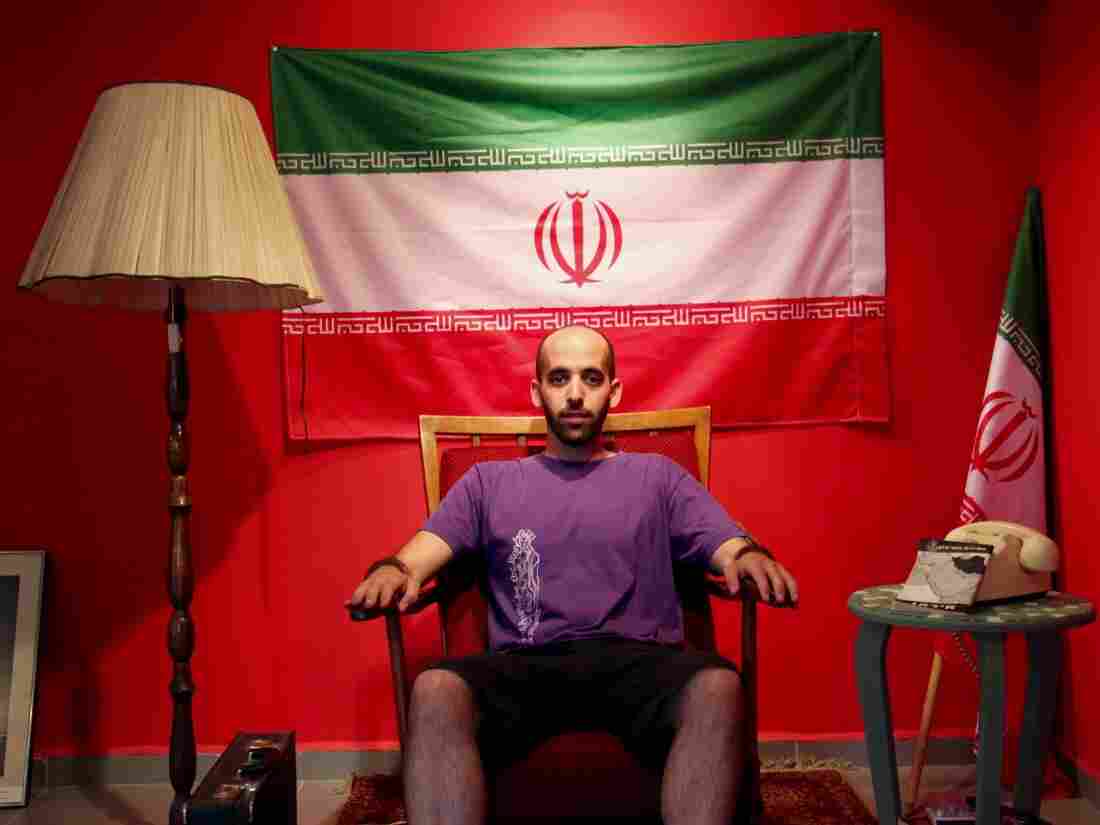 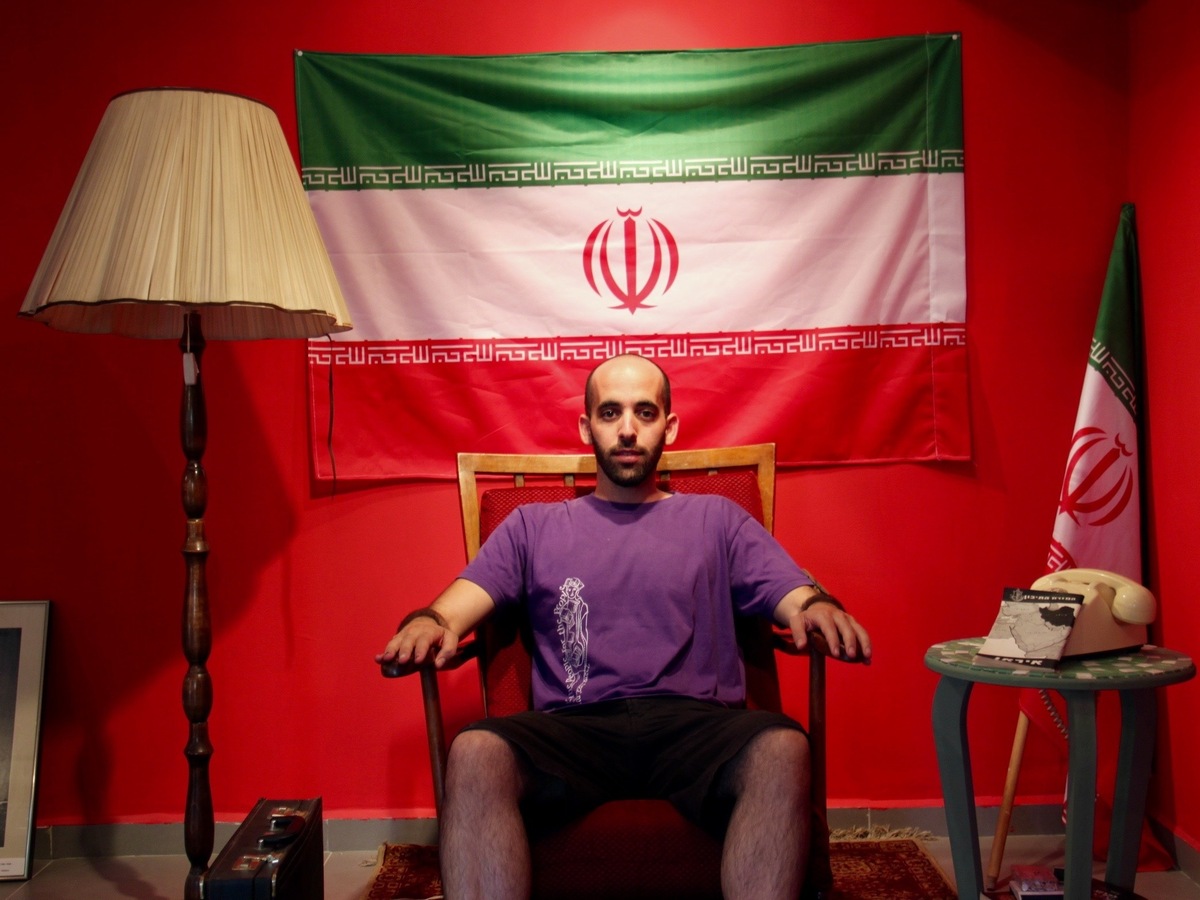 Israeli artist Matan Pinkas sits in the "Iranian Embassy in Jerusalem," a cultural project in the works by the Jerusalem art collective Hamabul.

A group of Israeli artists, though, decided not to wait any longer.

"This is going to be the Iranian embassy in Jerusalem," says Matan Pinkas. He and his art collective are transforming a Jerusalem community center into an Iranian cultural "embassy." They have an Iranian flag tacked on the wall, and they're interviewing Farsi speakers for the role of ambassador.

Pinkas is trying to raise money for the so-called embassy, because he thinks it's more than a gimmick.

"Who knows," he says, "maybe this idea will get to Iran and people there will see that we have, like, the compassion and the love and we don't want to see them as the enemy. I think that this is the way."

The Israeli Foreign Ministry says it likes the idea.