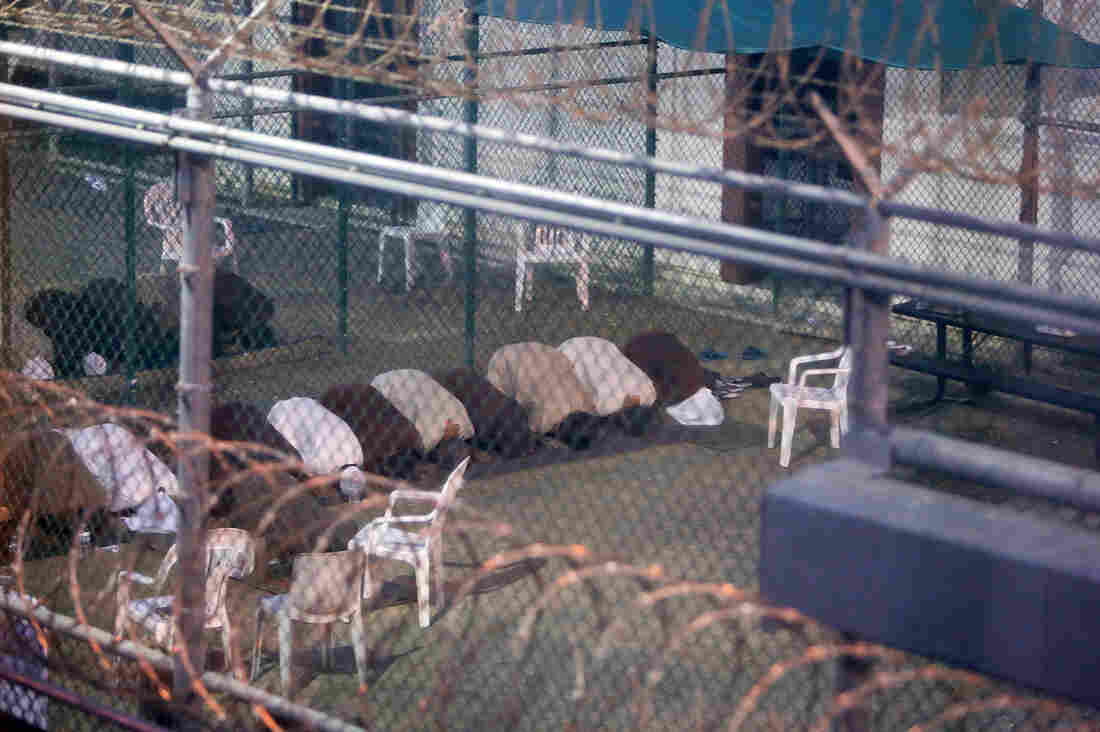 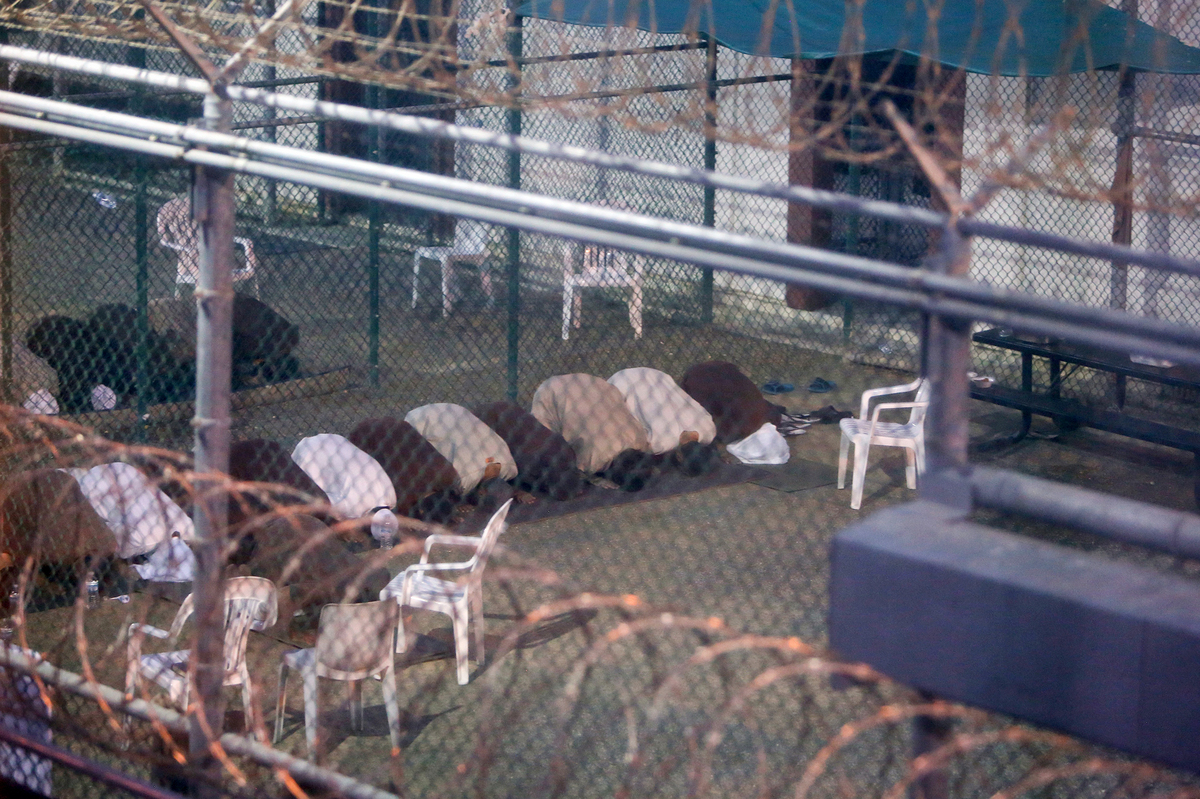 Captives separated by a fence conduct communal evening prayers at the Camp 6 prison building at the U.S. Naval Base at Guantanamo Bay, Cuba.

A top White House official is floating a plan to relocate all of the so-called "enemy combatants" held at the U.S. Naval Base at Guantanamo Bay, Cuba. Some top congressional leaders had criticized President Obama for not spelling out how he'd shut down that facility, as he promised to do days after taking office in 2009.

Obama has cut the number of detainees locked up there by more than half, but 116 remain.

Probably no one in Congress has pushed harder for a plan to shutter Guantanamo than Sen. John McCain, the former prisoner of war who chairs the Senate Armed Services Committee. The Arizona Republican says how to do that must come from President Obama.

"For the last six years, I've been saying give us a plan and we will consider it, as to where these people could be located in the United States," he says.

Lisa Monaco, the president's top counterterrorism adviser, says McCain is right to demand such a plan.

"My hope is that we can work with him and his colleagues to get this done," she told the Aspen Security Forum on Saturday. "This is not something that the president wants to turn over to his successor."

Monaco said there now is, in fact, a plan to empty Guantanamo's detention camps. "We're gonna transfer everyone who has been deemed eligible for transfer, consistent with security," she said.

That would be the 52 detainees who are still waiting for another country to accept them. That still leaves 64 others, of whom only 10 face any formal charges.

Some could still be deemed eligible for release, but Monaco acknowledges others are considered too dangerous to be freed.

"We're going to whittle down this group to what I refer to as 'the irreducible minimum,' who would have to be brought here to a secure location, held under the laws of war, continuing under military detention," she said. "And that's the only way we're going to be able to close Guantanamo — and then subject those individuals either to prosecution in a military commission or Article III courts and a supermax cell."

To do that, Congress would have to lift a ban it imposed six years ago on transferring any detainees to U.S. soil.

Sen. Jeff Sessions, R-Ala., says the country is better off with the detainees staying where they are.

"Once you put 'em in a general population here, it drives this idea that they have to be only tried in federal courts, with all the rules we provide to the normal criminal case," he says. " And it's not so."

That may be why assurances that detainees will be held in military facilities fail to sway hardliners like Sessions. American University law professor Stephen Vladeck says it's not clear how moving those detainees to the U.S. might change their legal situation.

A defense bill the Senate passed last month would guarantee an up or down vote by Congress on a presidential plan to close Guantanamo. But it's not clear when the White House will send one to Congress — or that the defense bill would even be signed by the president.

The reason? Other parts of the bill make it even harder to empty Guantanamo. With the House leaving town today for a long summer break, further action won't likely come before September.