Accessibility links
Allegations Of Corruption Dog Mexico's First Lady Angélica Rivera : Parallels Rivera promised she would sell a multimillion-dollar home bought under controversial circumstances. Many questions remain regarding the purchase, and she hasn't sold the house. 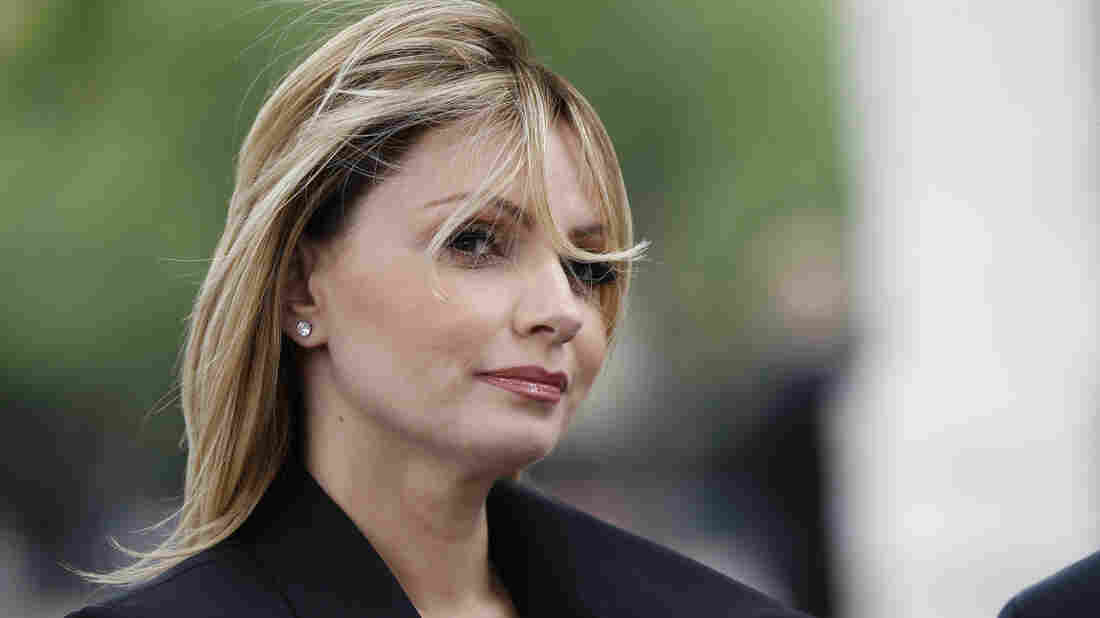 Angelica Rivera, the wife of Mexico's President Enrique Pena Nieto, has been embroiled in controversy over the purchase of a luxury home. Thomas Samson/AP hide caption 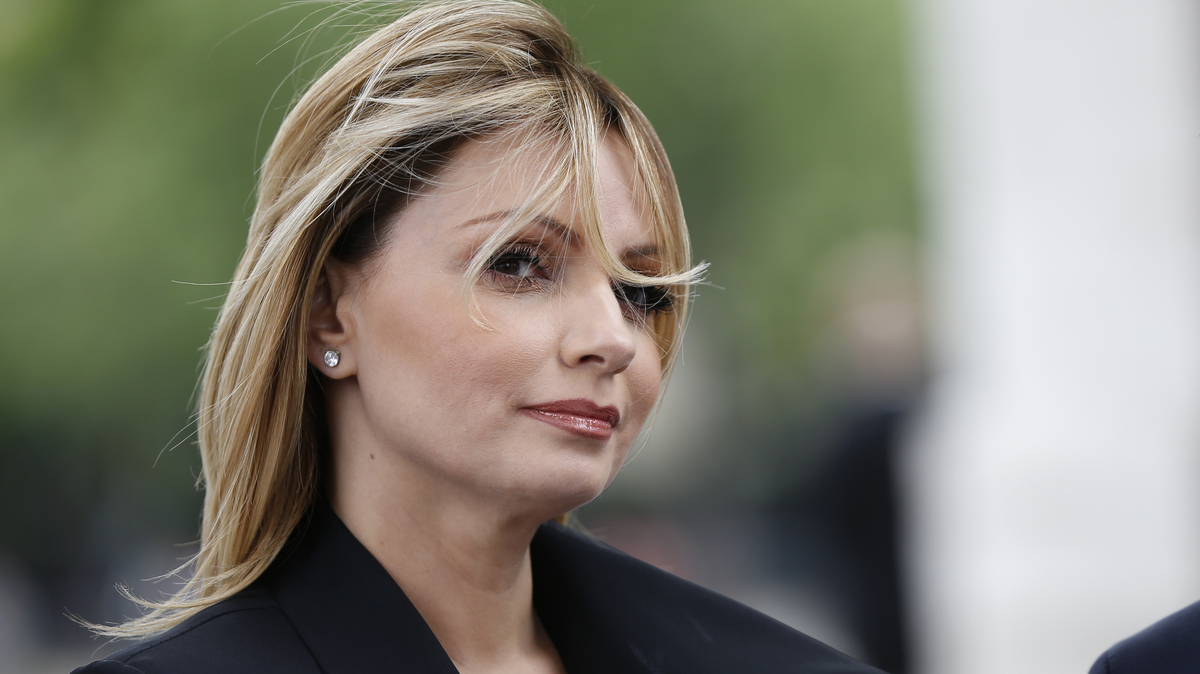 Angelica Rivera, the wife of Mexico's President Enrique Pena Nieto, has been embroiled in controversy over the purchase of a luxury home.

Eight months ago, Mexico's first lady, Angélica Rivera, known for her fondness of designer clothes and European vacations, made a public promise to sell a multimillion-dollar mansion bought under controversial circumstances. She purchased the home, at below market rates, from a contractor with lucrative connections to her husband.

The scandal has been one of the biggest to rock President Enrique Peña Nieto's administration. Months later, many questions remain regarding the purchase — and Rivera has yet to sell the house.

Last November, just back from a state visit to China, she distributed a videotaped message.

"I have nothing to hide," said Rivera, reading from prepared remarks. The former soap opera actress said she was buying the house with her own earnings.

Rivera says she began planning the design of the house in 2009 and secured a $4 million loan to be paid over eight years from a company owned by the Grupo Higa construction firm.

The well-connected firm was part of a consortium that won Mexico's first multibillion-dollar high-speed train bid. The deal, however, was quietly canceled just weeks before the firm's connection to the house was revealed and Rivera videotaped her remarks.

Looking intently into the camera, toward the end of her seven-minute video, Rivera promised that despite having done nothing wrong she would sell her interest in the custom-built home.

"I don't want this to continue to be a pretext to offend or defame my family," she said.

NPR obtained all public documents registered to the first lady's house, located in one of the capital's most exclusive neighborhoods.

We showed them to the head of Mexico's public notary college and the president of a leading real estate association, Antonio Hanna Grayeb. He says according to the documents, the house has not been sold. Grayeb warns that property transfers in Mexico can take as long as two months to show up in public records.

When asked about any recent sales, a spokesman for the president said none has taken place. When asked why the first lady hasn't sold her interest in the house as promised, spokesman Paulo Carreno said it's the president's understanding that Rivera won't sell until the investigation has been completed into allegations of conflict of interest involving the first couple.

When asked to speak with a representative for the first lady, Carreno said he didn't believe she had one.

This is the latest controversy Rivera is facing. Her spending habits, including trips to Beverly Hills, Calif., and Europe, her purchase of a luxury condo in Miami and rumored marital problems dominate social media in Mexico. This comes at the same time a government agency reported that 2 million more Mexicans fell into poverty since her husband took office.

As for when the investigation into the conflict of interest charges involving the first couple will be concluded, a spokesman for the investigator appointed by Peña Nieto would only say "shortly."

That's not good enough for some members of Congress.

"Too much time has gone by with zero results," says Fernando Belaunzarán, a congressman with the opposition PRD. He says from the outset, the president used the investigation as a stalling tactic in hopes the public would forget about the scandal after a few months. Belaunzarán and other Congress members have introduced a formal resolution demanding the investigator present his findings.

Political analyst Denise Dresser says she doubts any meaningful results will be made public anytime soon, "because it delves too deeply into the nature of power of crony capitalism and of opacity in the way that government deals are brokered."

And Dresser says without a transparent investigation, Peña Nieto's credibility with the public, now the lowest level of any Mexican president in the past 20 years, will continue to erode.