Accessibility links
An 'Island Tax' Could Harm One Bright Spot In Greek Economy : Parallels The new bailout plan for Greece calls for a steep sales-tax increase on the Aegean Islands, raising fears it could harm tourism, one of the few sectors that's been doing well. 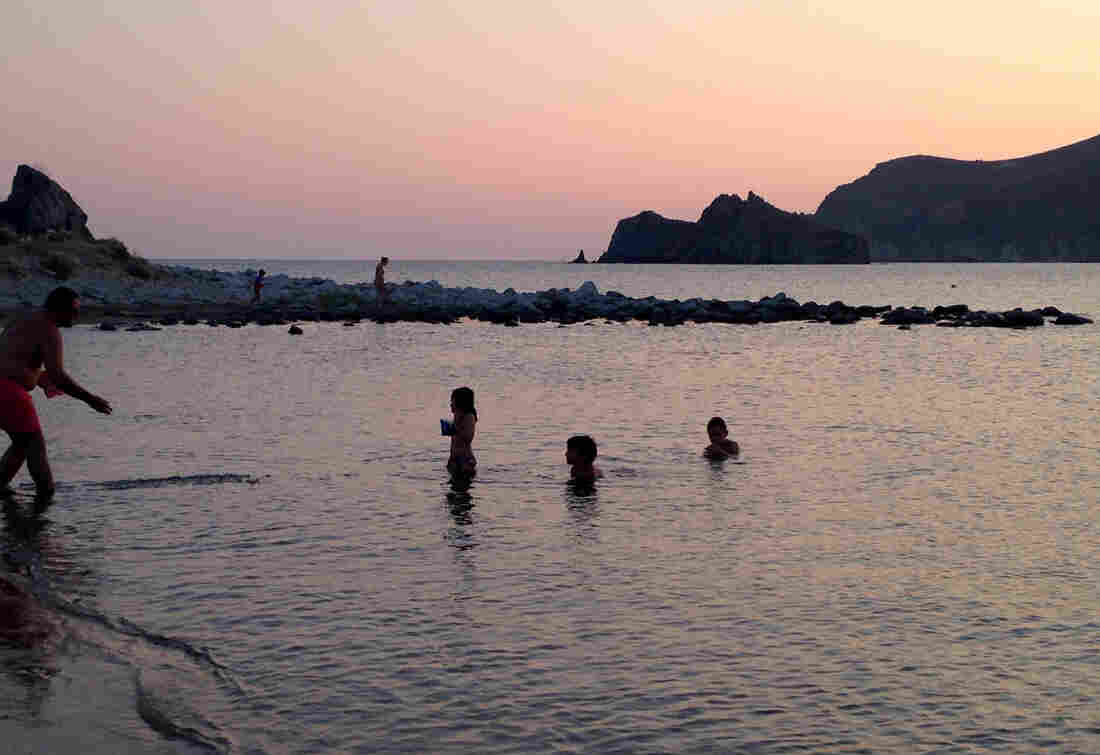 Families play on the beach near the village of Thanos, Lemnos. The island has more than a hundred beaches. Greek tourists like Lemnos because it's affordable and relaxing, and foreign tourists like its unspoiled beauty and traditional charm. Joanna Kakissis for NPR hide caption 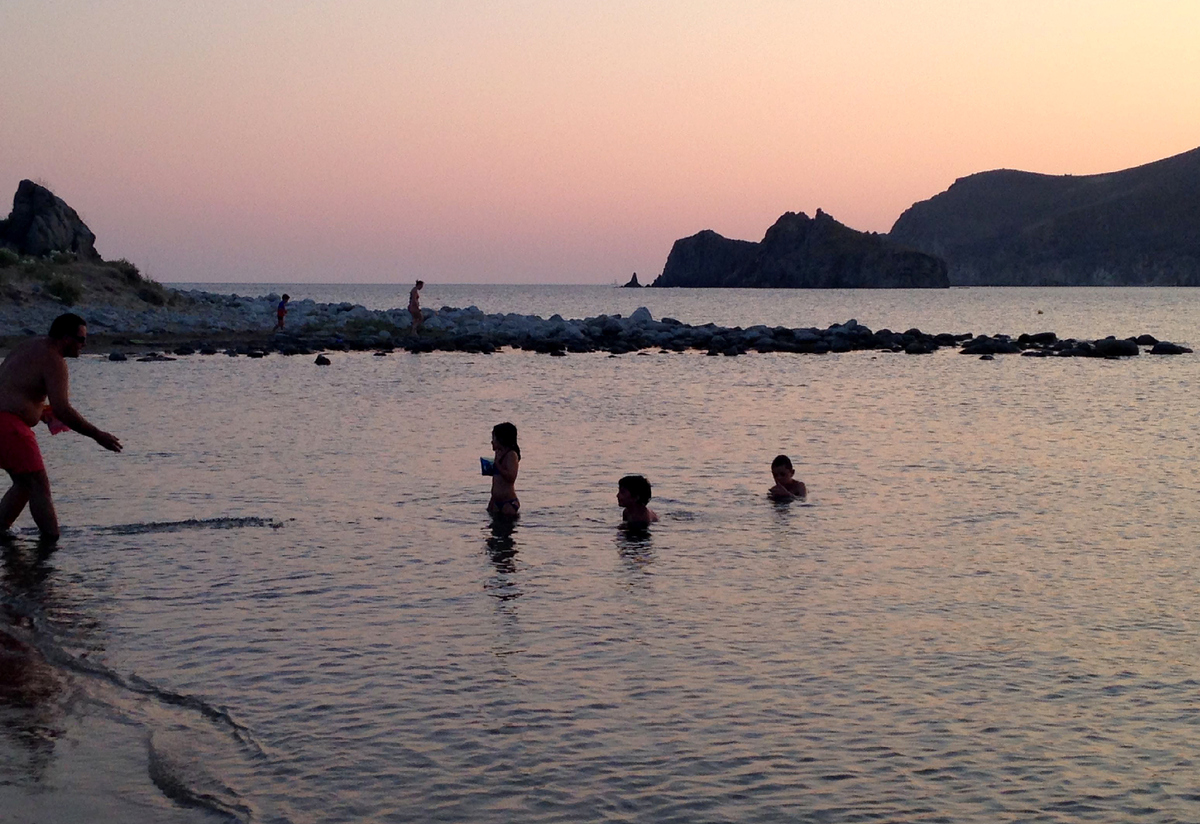 Families play on the beach near the village of Thanos, Lemnos. The island has more than a hundred beaches. Greek tourists like Lemnos because it's affordable and relaxing, and foreign tourists like its unspoiled beauty and traditional charm.

For years, hotels, shops and restaurants on the far-flung Greek islands kept costs low thanks to a big tax break. And tourism has been one bright spot in Greece's barely functioning economy.

The Greek islands are still enjoying record numbers of tourists this summer.
But now the country's creditors are demanding those islands raise their taxes to the same level as everywhere else in Greece.

And that's going to have an impact on places like the Porto Myrina Palace resort on the island of Lemnos, where roughly a hundred very fit British tourists were recently lined up at the reception desk. They had just arrived for a holiday of wind-surfing, scuba-diving and water-skiing on this island of sandy beaches and sage-scented villages.

Manager Matt Goodwin is an Australian who fell in love with Lemnos as a tourist and decided to come here to run a resort.

"These northern Aegean islands, such as Lemnos, have the issue that we don't get tourism for six months a year," he says. "It really is only centered around two, maximum three months a year. So any changes to the net profit of whatever we do will have an effect on how long we can operate sometimes."

That's why he's nervous about a big sales tax increase that merchants will have to start paying this fall. European lenders are pushing Greece to raise tax revenue in exchange for more bailout loans.

The northern Aegean islands paid a lower tax rate — about a third less — for years to compensate for high transportation costs to export and import goods to and from the mainland. The tax exemption helped keep costs down on popular tourist islands, such as Rhodes, says Yiannis Tsarmougelis, who teaches economics at the University of the Aegean.

A Tax Hike In October

Starting in October, merchants on Lemnos and other Aegean islands will have to pay the same tax, known as a value added tax, as the rest of Greece. It's as high as 23 percent.

Like others hoteliers on the island, Goodwin say the resort will manage, at least for now.

"We've made the decision not to reflect it in the prices," he says. "We will absorb it for this year, and of course that's something we review every year."

And every year counts on Lemnos, which has only courted tourists for about 20 years. Before that, the island economy was dependent on a large military base that's much smaller now.

Tourism consultant Kostas Katenidis says the higher tax is coming just as Lemnos is branding itself as a unspoiled paradise.

"It's a traditional island. The food is traditional, the products are traditional," he says. "And the life, the way of life, is traditional also. We have a total of over 110 beaches. And they're so isolated in the middle of summer, you can be on a beach by yourself six, seven kilometers long."

A Big Hit For Producers 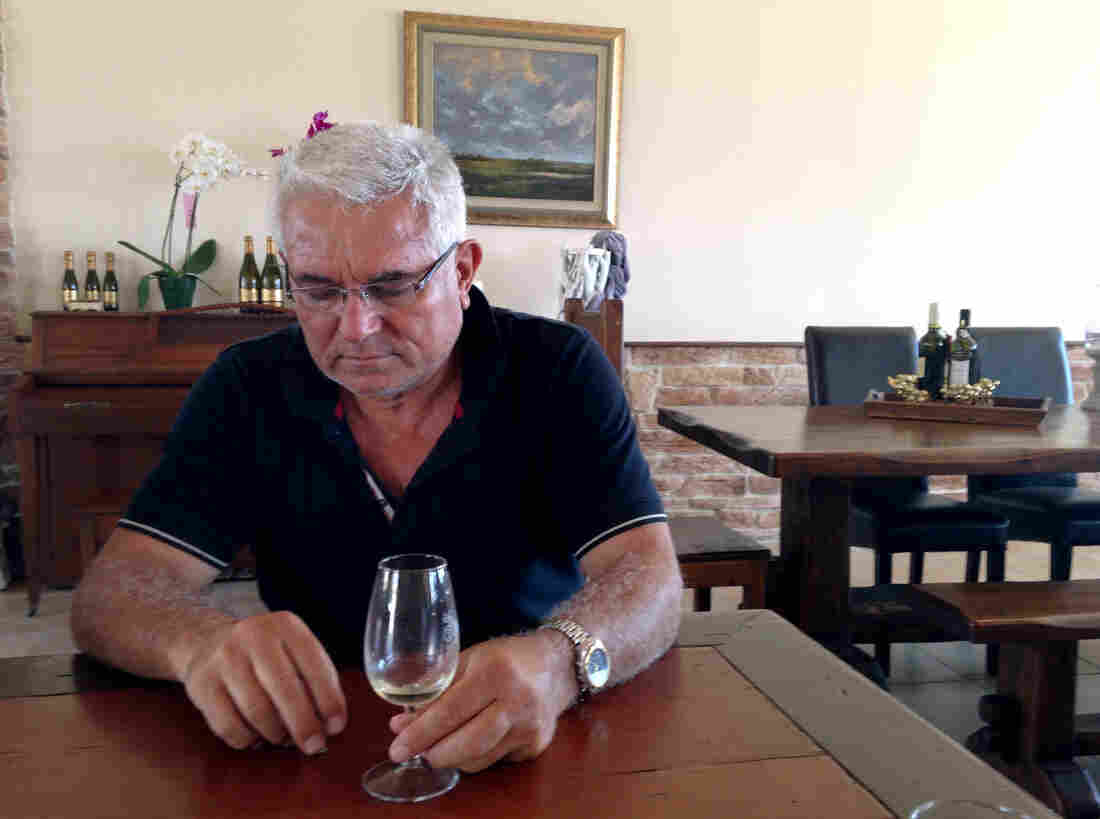 Petros Hatzigeorgiou, whose family has been making wine for more than 150 years, at his winery outside the village of Atsiki, Lemnos. He says islanders can weather the tax by working harder. "That's how we can fight it, no matter how much it hurts," he says. "By showing them we can survive despite it." Joanna Kakissis/NPR hide caption 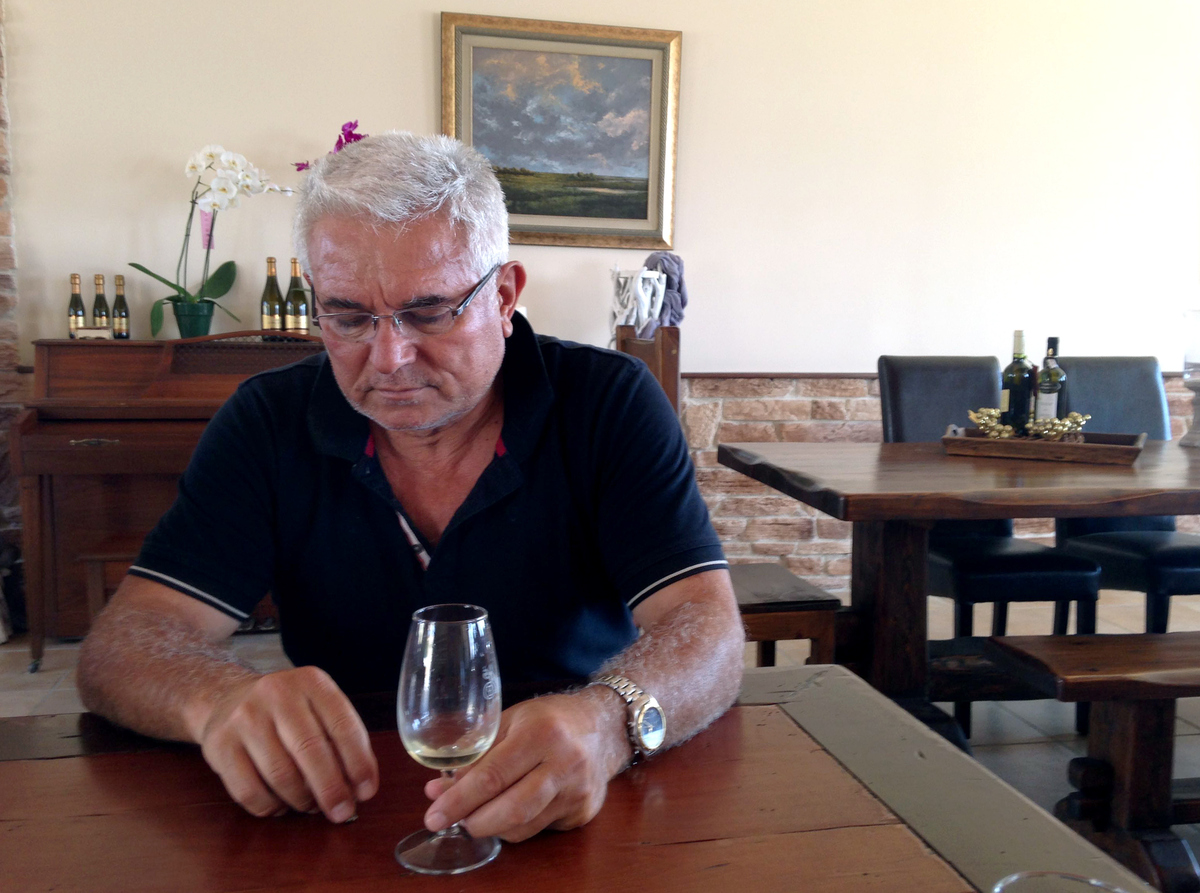 Petros Hatzigeorgiou, whose family has been making wine for more than 150 years, at his winery outside the village of Atsiki, Lemnos. He says islanders can weather the tax by working harder. "That's how we can fight it, no matter how much it hurts," he says. "By showing them we can survive despite it."

Local producers will be hit hardest by the tax, says Makis Psarras, chairman of the business chamber here.

"We export our wine, cheese, pasta and even our baked goods," Psarras says. "These products have received awards, and those producing them were making money with the tax exemption. Now maybe they won't."

At the artisan food shop she's run for eight years, Foteini Garali offers a box of the pasta she makes with hearty, locally grown Lemnos wheat to a well-known chef visiting from Athens.

"This pasta was unknown in Greece until tourism helped our business and helped get the word out about this island," she says. "Now our products are known all over Greece and outside of the country as well."

Garali says she's willing to forgo a profit and just break even rather than increase her prices now, when Lemnos is just picking up steam as a tourist destination.

Otherwise, she says, "we'll get a bad name here on Lemnos. Pretty soon, people will start saying, you know, I'm not going back to Lemnos because it was just too expensive."

Winery owner Petros Hatzigeorgiou says he will also grit his teeth and swallow the tax increase, even though he estimates he will pay twice as much for the bottles he imports for his wine. In turn, he exports his wine as far away as Hong Kong.

He gestures to a group of Czechs sampling his white wine as part of a gastronomy food tour run by Alexandros Alexandrou, a 26-year-old native of the island.

"I'm just getting my business off the ground, and it's of course connected to tourism," Alexandrou says. "So hit us with these tax increases, fine. But give us time to plan for them, because we want to make enough money to keep working."

The Czech tourists buy several bottles of wine. Hatzigeorgiou wants to make sure they return next year.

"We can't fight this tax by protesting," he says. "We can fight by being more productive than anyone ever imagined. We can fight by changing the way we work."