Accessibility links
In London, A Bomb In The Basement Stirs Memories Of The Blitz : Parallels Hundreds of residents were evacuated after the World War II-era bomb was discovered at a construction site. Seniors in the area were reminded of their wartime experiences as children during the Blitz. 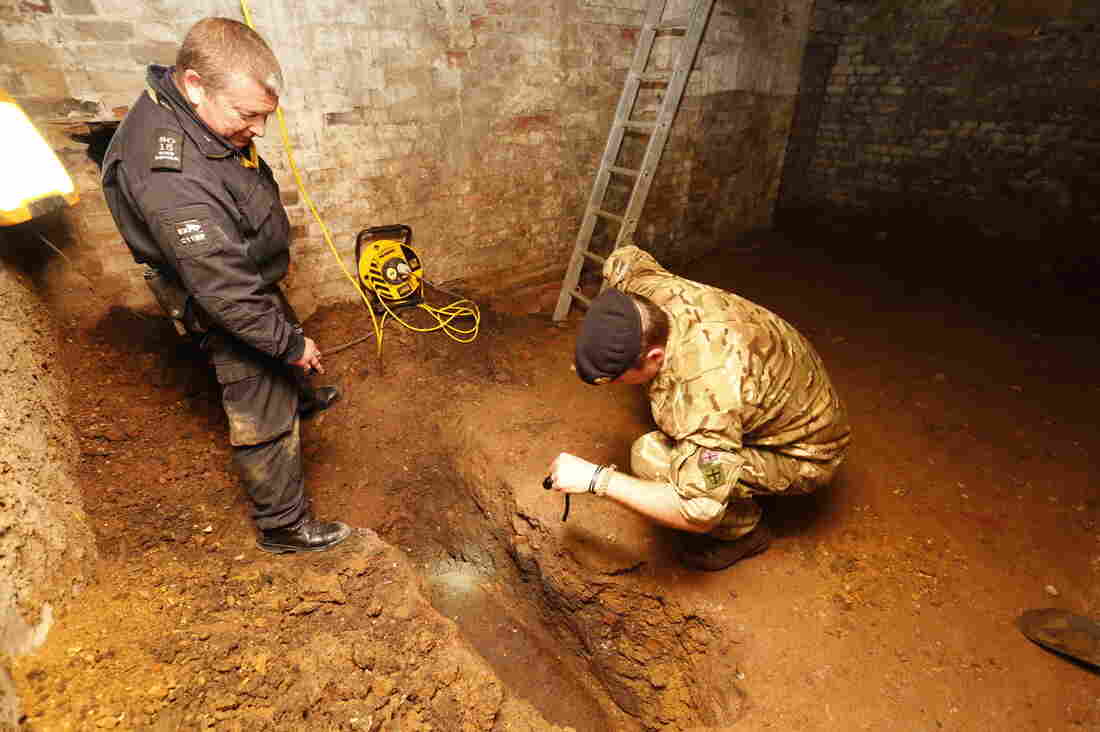 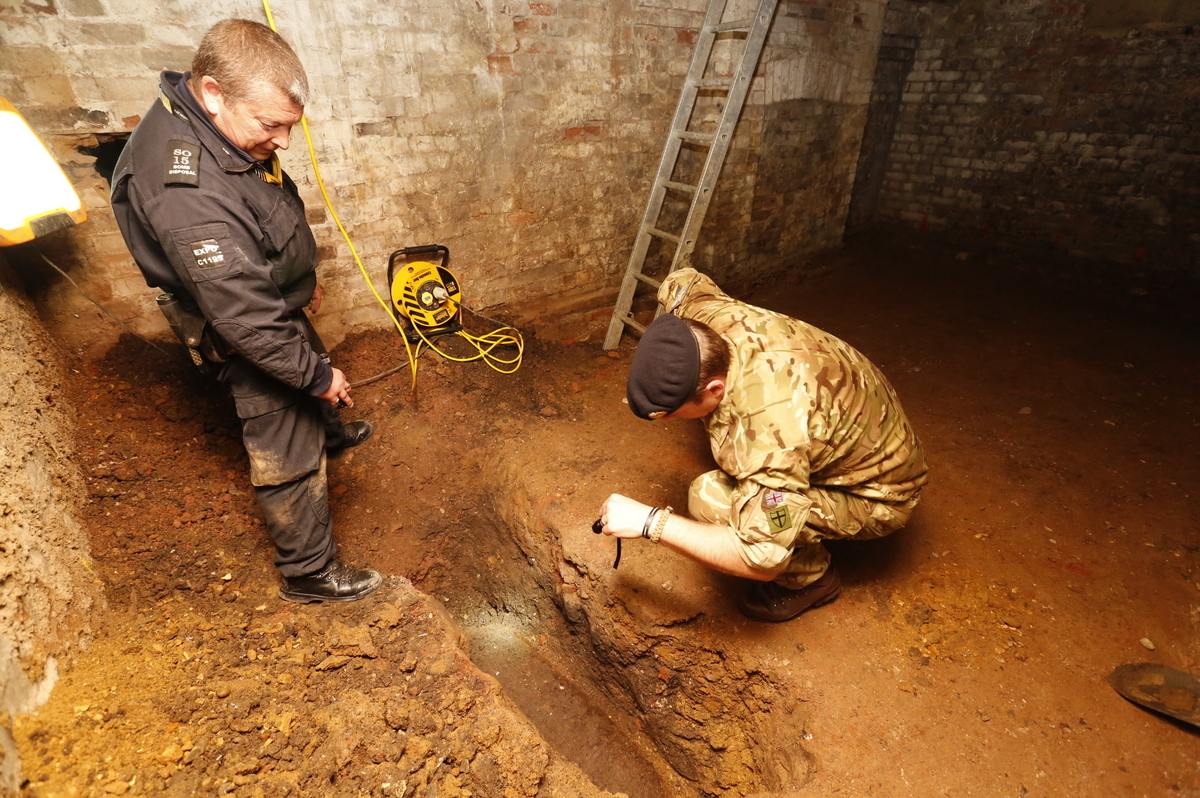 Military bomb disposal experts examine an unexploded German bomb from World War II in East London. Hundreds of residents were moved out for their safety.

London is a historic city. Sometimes that history comes roaring into the present like a bomb out of the sky — or in this case, like a bomb in a basement.

The east London neighborhood of Bethnal Green was virtually flattened by German bombs during the second world war. But not all of those bombs detonated. And Monday night, residents got a knock on the door. It was the police, saying they'd have to evacuate. A huge unexploded bomb had been discovered underground Monday afternoon at a nearby construction site.

Bernie Lewis, 75, has lived in Bethnal Green his whole life. When police evacuated him Monday night, it brought back some of his earliest memories of what life was like during World War II, which ended when he was 5.

"It was terrifying, really, you know what I mean?" Lewis says. "Terrifying experience. I was 3 years old. You know, like, you could hear the bomb, the V-2 bombers, 'bum-bum-bum.' They whistle, 'whhhheeeeeeeeee.' And once the whistle stops, they drop."

The one that building contractors found lodged underground Monday afternoon is about a yard long and weighs 500 pounds.

Bomb disposal crews worked through the night to excavate and defuse the bomb, while about 150 people who live within the 650-foot blast radius exclusion zone slept in a nearby school.

"We're missing the luxury of home, but what can you do?" says 20-year-old Fasana Beghum. "They've literally got rid of everybody. ... Imagine it had gone off at some point in time, we would have all been dead! And now we're being evacuated? It is a bit ridiculous."

These kinds of discoveries are fairly run-of-the-mill in London.

"It's becoming less as we find more and more of them, but each year, we do have at least one or two devices that are found of this size," says Matthew Burrows of the London Fire Brigade. "They can't actually physically just pick it up and carry it out the doorways, because the doorways aren't big enough. So what they're actually having to do is create openings in the building."

Such episodes can make history come alive — sometimes a little too much. "It's always nice to see the history of London," says Burrows. "But it would be nice if it wasn't in such a location, really."

At the perimeter of the bomb disposal area, a garbage truck is loitering with three frustrated trash collectors.

One of them, Gary Coules, is trying to figure out what to do.

"We've got another eight, nine bins of rubbish in there. We just can't get it," he says. The presence of the bomb, "It's making us late and all."

A piece of history — a deadly weapon, a relic of World War II — on this morning, is just another obstacle in the trash collectors' route.