Accessibility links
For Brazil's 1 Percenters, The Land Stays In The Family Forever : Parallels Under a centuries-old law, a small group of families has rights over swaths of land — including some of the country's most valuable areas — collecting taxes and taking a cut of property sales. 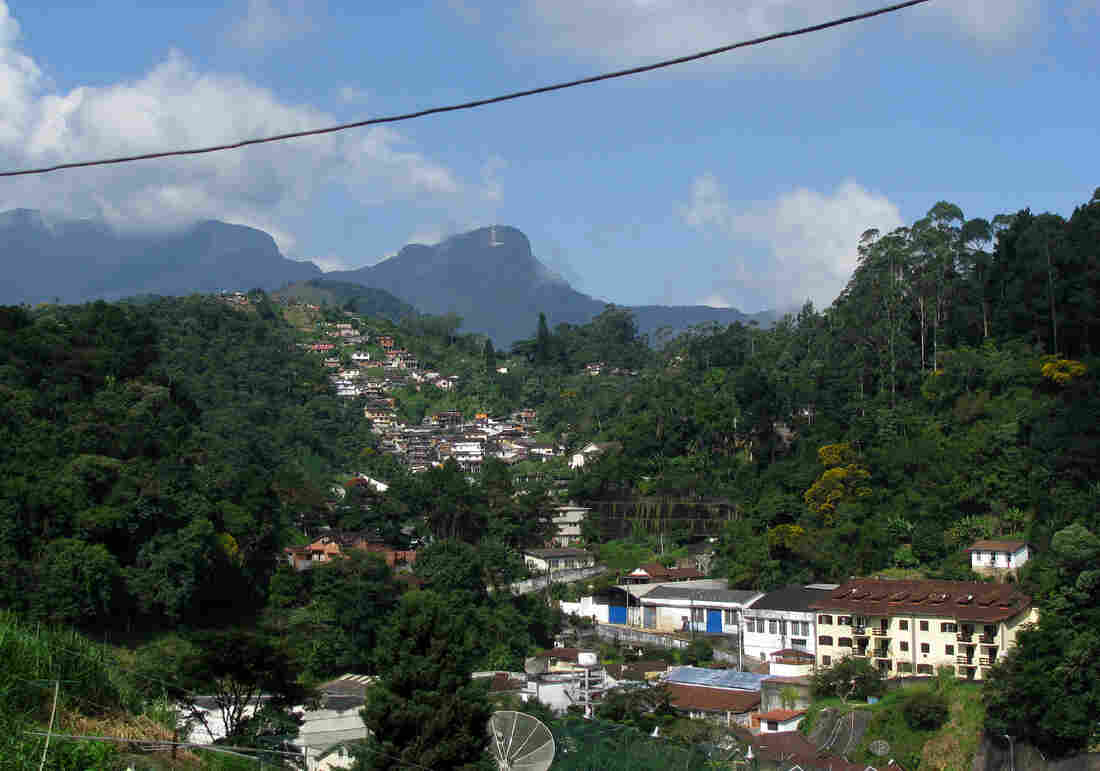 Almost everyone who owns a home in the city of Petropolis — where the Brazilian royal family once had a summer palace — still pays tax to the descendants of the former rulers. Amadeu Júnior via Flickr hide caption 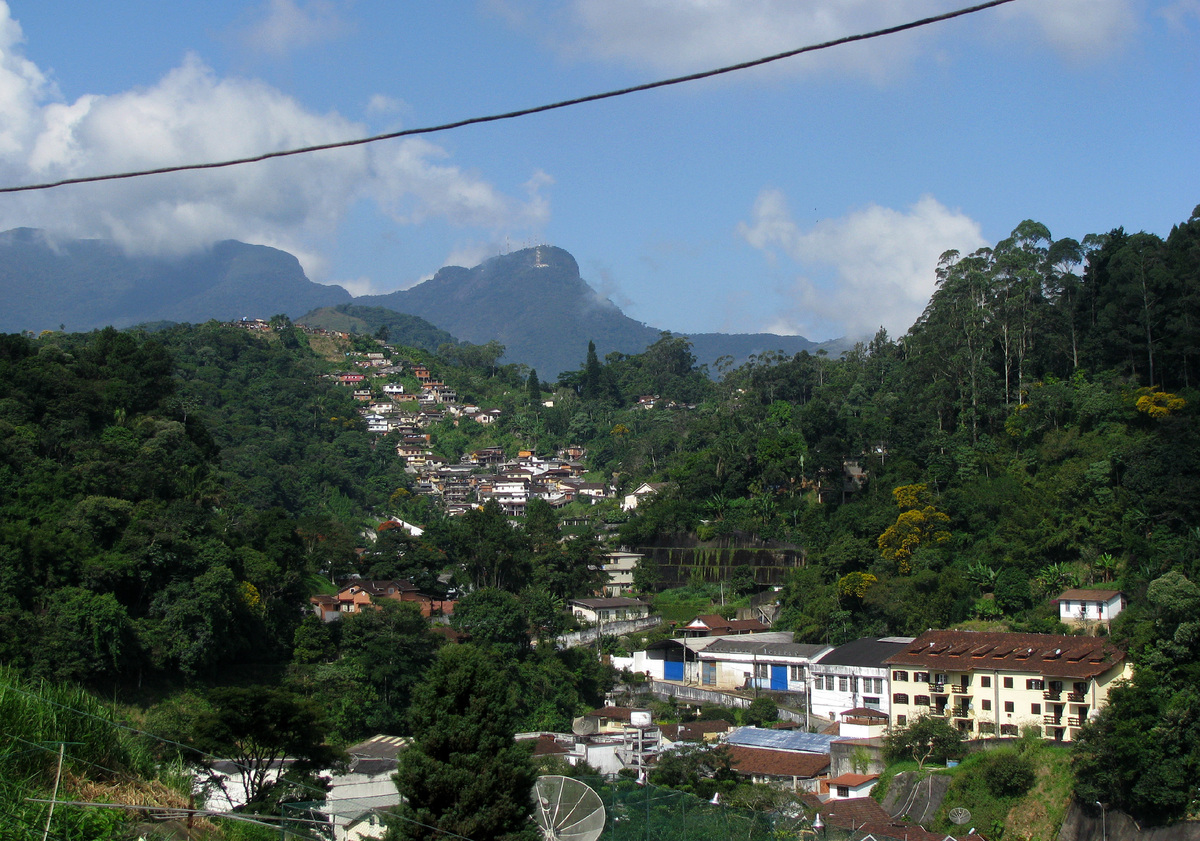 Almost everyone who owns a home in the city of Petropolis — where the Brazilian royal family once had a summer palace — still pays tax to the descendants of the former rulers.

Here is an eye-popping statistic from Brazil: 1 percent of the population controls almost half the land. The country is one of the most unequal places in the world in terms of land distribution. And one reason is colonial-era laws that are still on the books.

At an office in central Rio de Janeiro, where real estate sales in this area get notarized, the notary reads to us a list of families who are owed a percentage of all real estate transactions in certain parts of the city.

Among them is Orleans-Braganza — the name of the former Brazilian royal family.

The system is called enfiteuse, and practically speaking, it means that some people in Brazil still have to pay property taxes to former Portuguese royals and nobles. 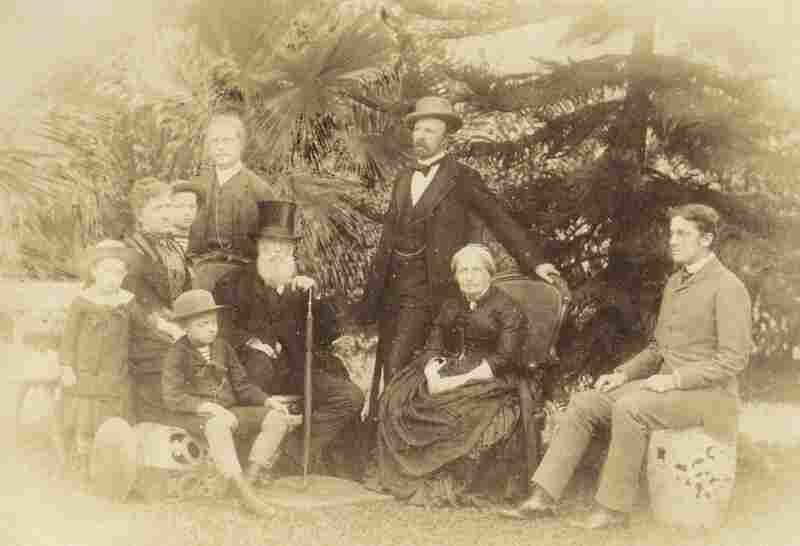 Here's the history: Enfiteuse is believed to have started in ancient Rome. It was taken to Brazil when Portugal colonized the area in 1500.

"In colonial times, private property didn't exist in Brazil. All the lands were considered property of the Portuguese crown. The king would give concessions over the land to friends of the court," recounts Alex Magalhães, a professor at Federal University of Rio de Janeiro.

Some of these concessions were vast. After all, Brazil was practically the size of a continent.

Those nobles — and the Catholic Church, which also received land — could earn rent by allowing other people to build on the property but keeping the land rights for themselves.

It emulates a kind of feudal system that was popular in many parts of Europe centuries ago. Unlike the leasehold system in England, enfiteuse grants land rights forever.

Magalhães says that, back then, it made sense: It was a way of supporting the whole colonial enterprise, and no one person could develop enormous landholdings.

What makes less sense, say critics, is that the system is still in place 500 years later.

For example, almost everyone who owns a home in the city of Petropolis — where the Brazilian royal family once had their summer palace — still pays this tax to the descendants of the former rulers.

Many homes in Rio de Janeiro's most expensive districts, like Copacabana, also have this obligation to a clutch of families. They have to pay it on top of regular government taxes.

"If people buy a property, they may think they are the owners, but technically they aren't," says Magalhães. "A lot of people just can't believe it and they become enraged."

Regina Chiaradia, the president of the residents association in the Rio neighborhood of Botafogo, says privileged families are raking in huge sums of money through this system.

If a property is in this kind of arrangement, every single time it gets sold, the family that owns the land rights is owed at least 2.5 percent of the sale price, and we are talking about some very pricey property these days in Rio.

Also, she adds, if you don't pay, your house potentially could be seized.

"I'm not going to pay an enfiteuse so that some family can live without working," Chiaradia says. "What are you getting in return? You are being robbed."

Chiaradia is passionate about this subject because she's been fighting the issue in the courts for 15 years.

At the end of the 1990s, her association ended up suing one of the biggest landholding families, called Silva-Porto. Her team carried out a detailed historical investigation to discover the legality of the family's claim over 40,000 properties in the Botafogo neighborhood.

Chiaradia's association won the case in the two lower courts, and it's now on the agenda of the Supreme Court. But the wheels of justice have moved incredibly slowly, and as long as the case lags, people have to pay.

"When we tear one of the families down, it will have a domino effect — the whole system will crumble," she tells me confidently.

Except it likely won't be that easy.

Neither the Silva-Porto family nor the royal family would speak to us, but one of the smaller rights-holders did.

Ely Jose Machado is an affable lawyer who has an enfiteuse over several hundred properties.

"This is a kind of parallel property right like any other," he says. You can't dispossess people of a right they've been given, he argues.

And Alex Magalhães, the Rio de Janeiro professor, agrees. The government would have to pay billions of dollars in compensation if it did away with the practice wholesale. The only way, he and lawyers we consulted say, is to fight each case in the courts.

He says this is one of the problems in Brazil, but it's also a symbol of how difficult it is to change the system here.