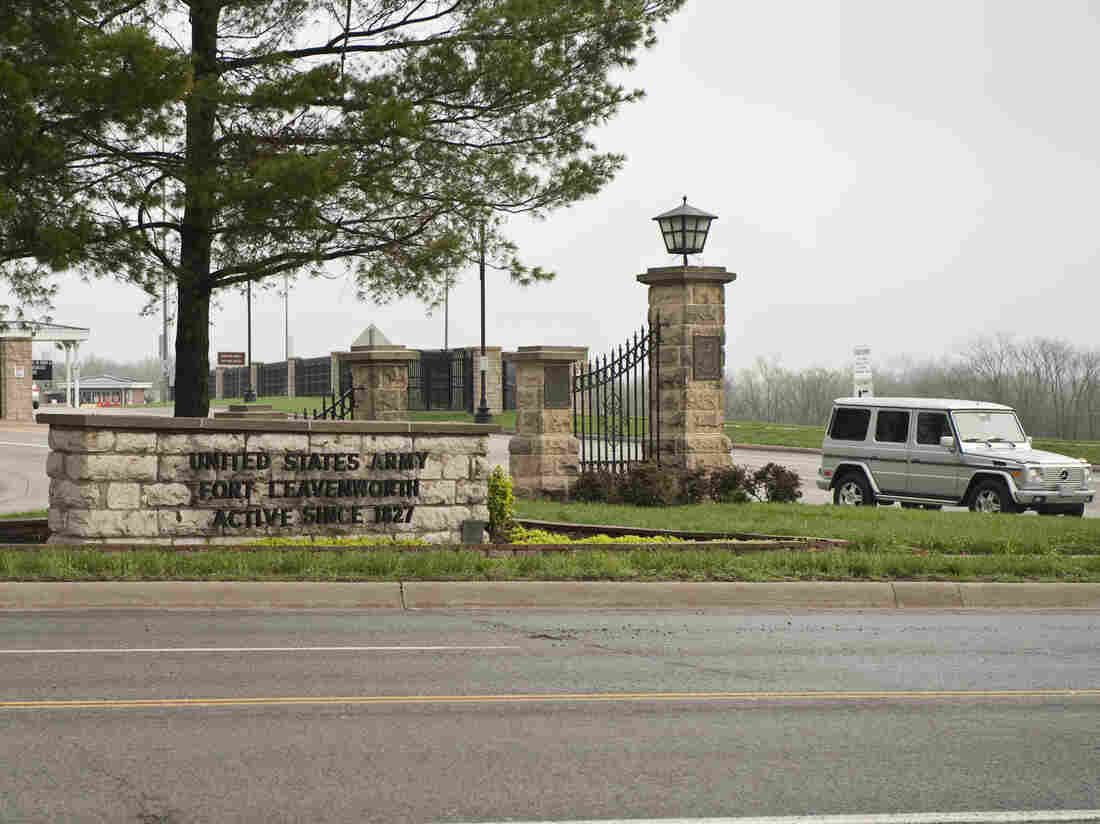 The Pentagon's only maximum security prison, at the U.S. Army's Fort Leavenworth in Kansas, is one of the facilities being considered for placement of Guantanamo prisoners deemed too dangerous to release. Julie Denesha/Getty Images hide caption 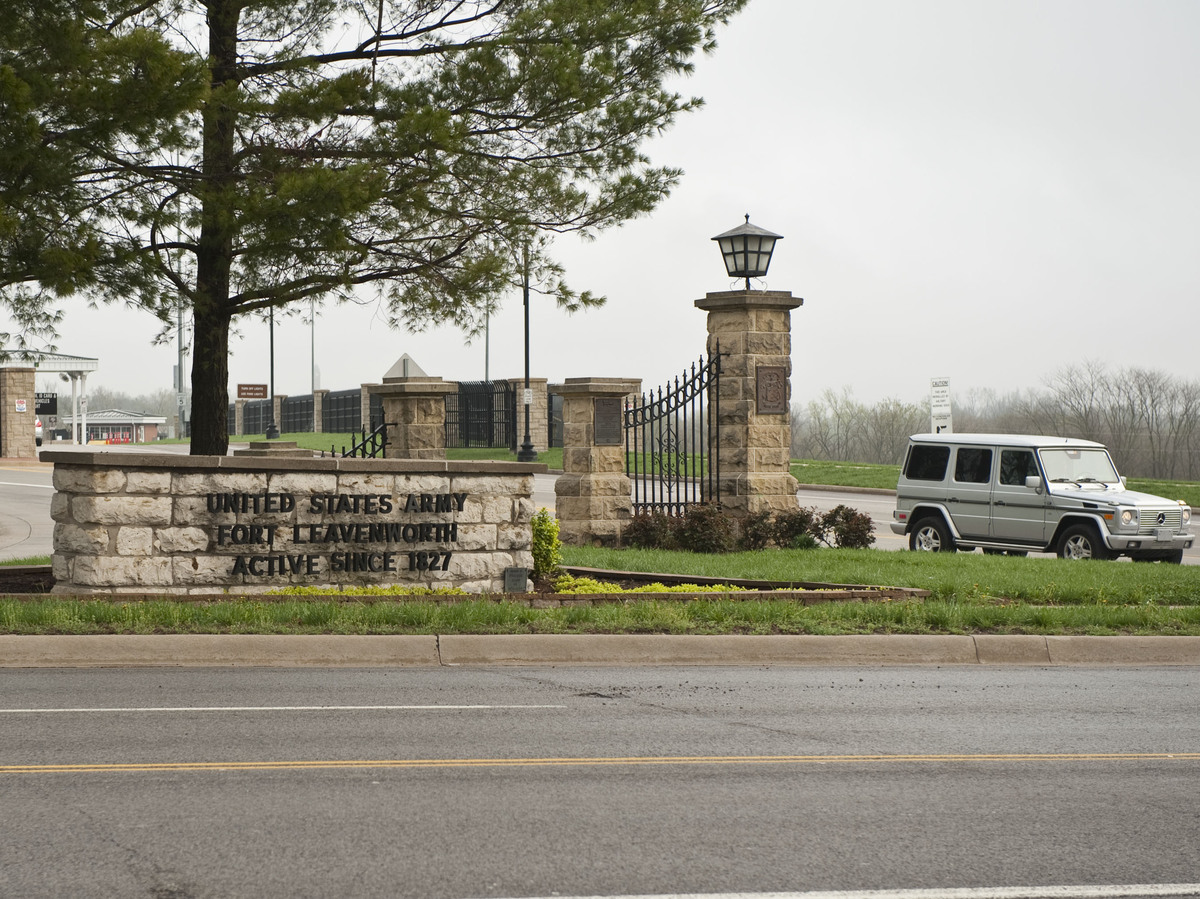 The Pentagon's only maximum security prison, at the U.S. Army's Fort Leavenworth in Kansas, is one of the facilities being considered for placement of Guantanamo prisoners deemed too dangerous to release.

In hopes that it can persuade Congress to drop its prohibition on transferring detainees in Guantanamo to American soil, the White House is hunting for a highly secure place in the U.S. for some 50 detainees. Labeled as "enemy combatants," they've been held for more than a decade without trial in Guantanamo Bay, Cuba, at a camp President Obama has promised to close.

Unlike the 52 other captives at Guantanamo whose release can occur as soon as a country is found to take them, these detainees are considered too dangerous to release at all. They're known as "unreleasables."

"It's that population that we need to find a place to detain," Defense Secretary Ash Carter said last week. "And if it's not Gitmo, then it's gotta be somewhere else. And so we need to get on with the task of finding that 'somewhere else.' "

That "somewhere else" could be military prisons at Fort Leavenworth, Kansas, which the Pentagon surveyed this month; officials also plan to examine Charleston, S.C., as an option. It's brought an angry response from Republican politicians — and local residents as well.

Banners strung from downtown Leavenworth's iron lampposts proclaim this as the first city settled in Kansas — but it's better known as "prison town." Many of Leavenworth's 35,000 residents work at five area penitentiaries — including the Pentagon's only maximum security prison, the U.S. Disciplinary Barracks at nearby Fort Leavenworth.

There's apprehension about the prospect of Guantanamo detainees who've been labeled terrorists showing up at that prison.

"It has to be in somebody's backyard," says 32-year-old Navy veteran Justin Metz, on his way to the local farmers market. "But I really do feel like if you're gonna put it in a small town like this, you should at least get the opinion of people living around here, so you know what kind of backlash you're going to get from it."

Retired U.S. Army colonel and local business promoter Dick Gibson has made up his mind: "I live here," he says. "I don't want 'em in my backyard."

At his office just outside the Army garrison, Gibson predicts an economic downside to jailing the detainees at Fort Leavenworth. "It could have a negative effect," he says. "Businesses might say, you know, 'I'm just not in favor of this and I'm gonna move.' "

Others have reached an opposite conclusion. "It just means more jobs and more blood in our economy here," says Henry Johns, a Navy veteran who works at the local VA hospital. "And that's what we need, is a boost to the economy."

At the Leavenworth Antiques Mall, the talk is lighthearted — until it turns to the Guantanamo captives. Opinions divide along political lines.

"I would say no," says Mary Stephenson, a 70-year-old Republican. "I think they should stay in Guantanamo where they are."

Diana Bahr, the mall's 69-year-old owner, is a Democrat. "We have great security, we have great staff, we have the security needed," she says of Fort Leavenworth. "I want Gitmo closed down."

The town's mayor, Lisa Weakley, is also a Democrat. But she doesn't want any Guantanamo detainees in Leavenworth. "It's a wonderful small town to raise a family," she says, "and we'd want to keep it that way."

Weakley says she voted twice for President Obama, and she thinks it's an embarrassment that the U.S. has held captives in Guantanamo for years with no formal charges. Still, she says she's "absolutely against" moving them to Fort Leavenworth.

"You know, it would be highlighted here that we do have those detainees, our fort facility as a target, our prison as a target," she tells NPR at her City Hall office. "You need to go up and take a look what they really mean by Supermax."

A car tour provided by Fort Leavenworth Public Information Officer Jeffrey Wingo provides a glimpse of the facility. No tours are given at this Supermax- class prison.

The U.S. Disciplinary Barracks sits at the far back side of the nearly two-century-old garrison, perched high above the Missouri River. It's low-slung, built in 2002 of gray stone blocks, and is surrounded by double fencing topped by coils of razor wire.

No one has ever escaped. Fort Hood shooter Nidal Hasan, who's been given a death sentence, is among its more than 400 inmates — as is military secrets leaker Chelsea Manning.

Some 75 of the maximum security prison's 515 beds are empty. Should the order come to house the Guantanamo detainees, Wingo is certain it would not be challenged — at least not by the fort's authorities.

"Pretty much here in the military, you know, we follow the president's orders, whatever they may be," he says, "and, you know, carry on. So we don't voice an opinion."

"I think it's irresponsible and reckless and it sets a dangerous precedent to bring them to the United States," Jenkins says. "Certainly to Kansas."

Charleston, S.C., is also being eyed by the Pentagon. Officials plan to inspect the U.S. Naval Consolidated Brig there as another possible destination for the detainees.

"This is a slap in the face to the people of South Carolina who have sacrificed so much for this country, to turn around and say that you are going to put these terrorists in our backyard," says South Carolina Republican Gov. Nikki Haley. "They are not wanted, they are not needed, and we will not accept them in South Carolina."

Haley joined Kansas Republican Gov. Sam Brownback in a letter sent this week to Carter. "Simply put," the two governors said of the detainees, "we do not want them in our states."

Federal law currently forbids such a transfer, and for now, the GOP-led Congress shows no inclination to change that.

Previous audio and Web versions of this story said the Pentagon had surveyed facilities in Kansas and South Carolina for housing Guantanamo detainees. The Charleston, S.C., facility has not yet been surveyed.