Accessibility links
Hispanic Or Latino? A Guide For The U.S. Presidential Campaign : Parallels Donald Trump has put immigration front and center in his campaign. This has placed renewed focus on the confusing question of how to refer to people from Latin America, including those now in the U.S.

Hispanic Or Latino? A Guide For The U.S. Presidential Campaign

Hispanic Or Latino? A Guide For The U.S. Presidential Campaign 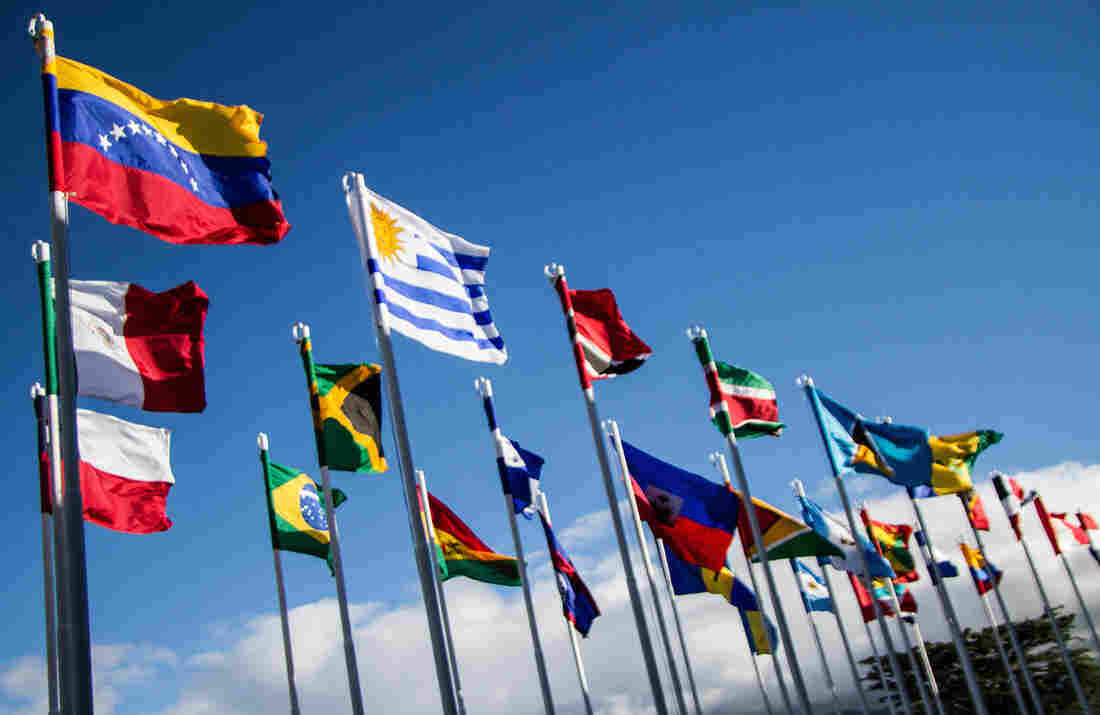 All the talk about immigration in the U.S. presidential campaign has renewed focus on the linguistic question of how to refer to people from Latin America. Here, the flags of Latin American and Caribbean states fly at a regional summit in San Jose, Costa Rica, in January. Arnoldo Robert/LatinContent/Getty Images hide caption 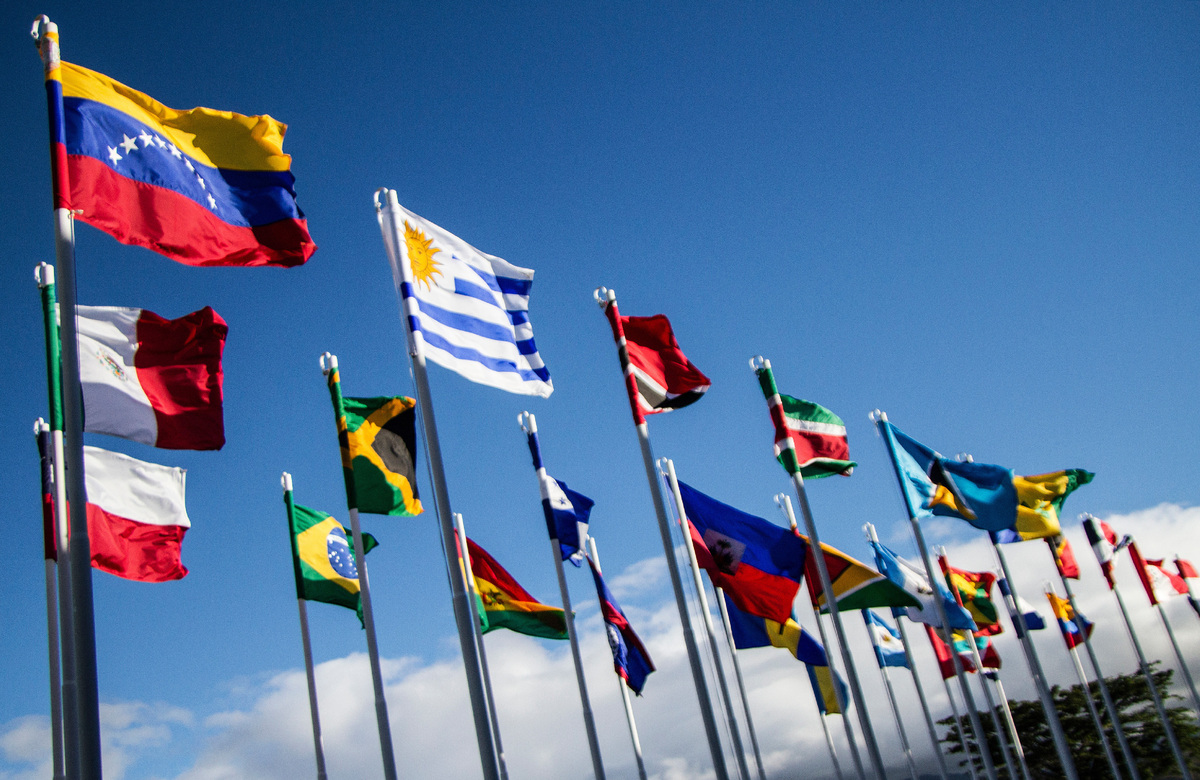 All the talk about immigration in the U.S. presidential campaign has renewed focus on the linguistic question of how to refer to people from Latin America. Here, the flags of Latin American and Caribbean states fly at a regional summit in San Jose, Costa Rica, in January.

My parents are Cuban and Panamanian. I grew up in Miami. I travel broadly in Latin America but reside in Brazil, which speaks Portuguese, not Spanish.

This may seem an irrelevant question to many, but as the American presidential season kicks into high gear there's been a lot of confusion about how to refer to people alternately called Hispanics or Latinos.

Donald Trump, who's made immigration central to his campaign, has sometimes used the catchall phrase "the Mexicans." And his verbal confrontation this week with Spanish-language broadcaster Jorge Ramos — a Mexican-American — lit up social media.

I feel the need to jump into the fray because it will save me from writing lengthy corrections to others on my Facebook feed. Now, I'll just be able to post this link. There are a lot of misconceptions out there.

Latino And Hispanic Don't Refer To Race Or Color: As in the U.S., there are many races in Latin America owing to the history of the region. The indigenous peoples of the region were conquered and colonized by white Europeans, who then forcibly imported millions of black Africans and enslaved them. In Brazil, you also have a huge Japanese community, and there are many Chinese descendants in Peru. One of Peru's former presidents was of Japanese descent.

Latino: Being a Latino is defined as "any person of Latin American descent residing in the United States," according to Associate Director of Latino Studies Mintzi Martinez-Rivera from Indiana University, Bloomington. Latinos can be, she says, of any "color, shape or background." This is not to be confused with Latin Americans, which refers to the people actually living in Latin America right now.

Hispanic: This term refers to people who share the common language that is Spanish. This was actually a word adopted by the U.S. government in the 1970s to give people from Latin America a common identity, says Martinez-Rivera.

However, it excludes a big part of the region — namely Brazil, which is Portuguese-speaking. So a person from Chile is Hispanic but a person from Brazil is not. A person from Spain could also be deemed Hispanic, which is why some argue it's not a great way to define Latinos.

And just to complicate things a bit further, there are pockets of South America where the dominant language is English (Guyana), French (French Guyana) and Dutch (Suriname).

So What's Right? After the verbal spat between Ramos and Trump, someone wrote to me that the actions by the Mexican-American anchorman don't "make him a hero, regardless of his race." What the person meant to say was "regardless of his background." Please do not make this mistake. It drives me crazy.

In point of fact, Trump and Ramos share a race — white.

When talking about people of Latin American descent in the U.S. you can generally use Latino (or Latina for a woman).

Hispanic is also correct if you are talking to someone who speaks Spanish. But if you value your life, never ever say a Brazilian is a Hispanic. Brazilians get deeply offended and rightfully so.

What Do Latinos Prefer? If you're still confused, you're in good company. A Pew survey found that many Latinos believe their heritage is a race. That is probably why at least half of them don't like either word — Latino or Hispanic.

American citizens of Latin American descent actually prefer to be called American along with their country of heritage — as in Mexican-American or Cuban-American.

A quick test to see if you're paying attention to the original question: What am I?

I'm neither Latina nor Hispanic because I don't live in the U.S.

I'm a Cuban-Panamanian-Brit who speaks Spanish and lives in a Portuguese-speaking part of Latin America.