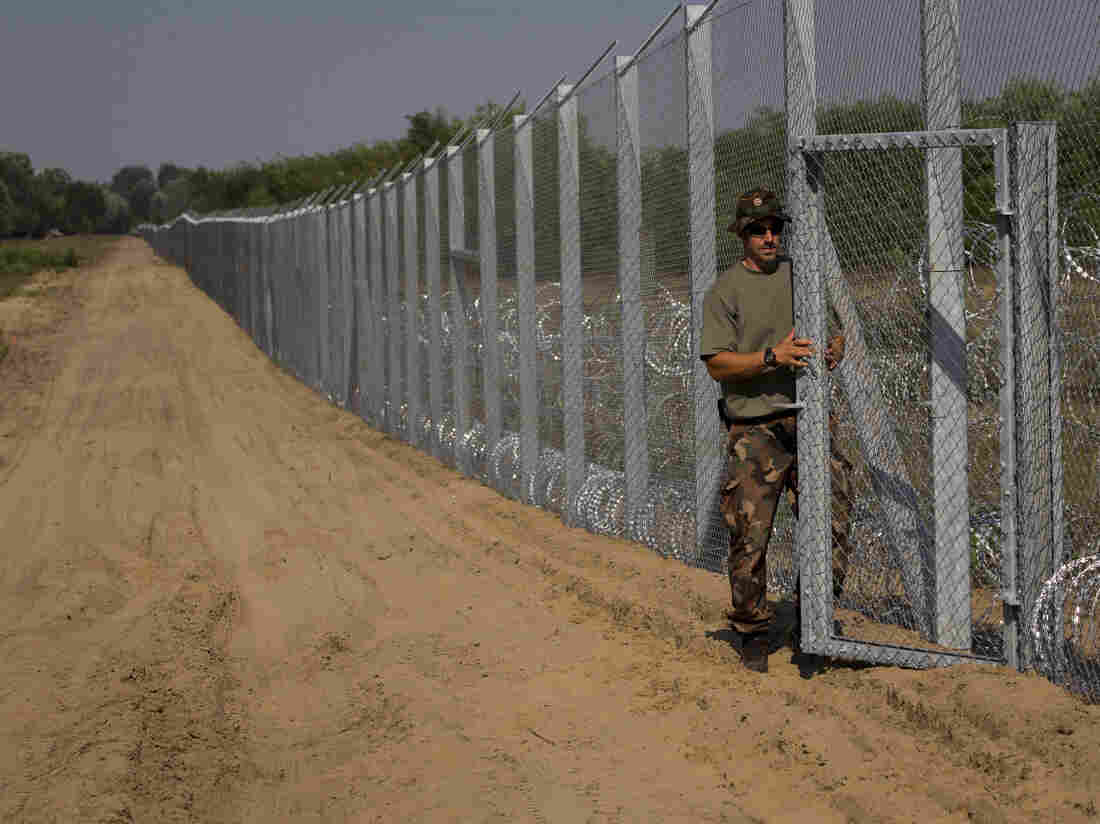 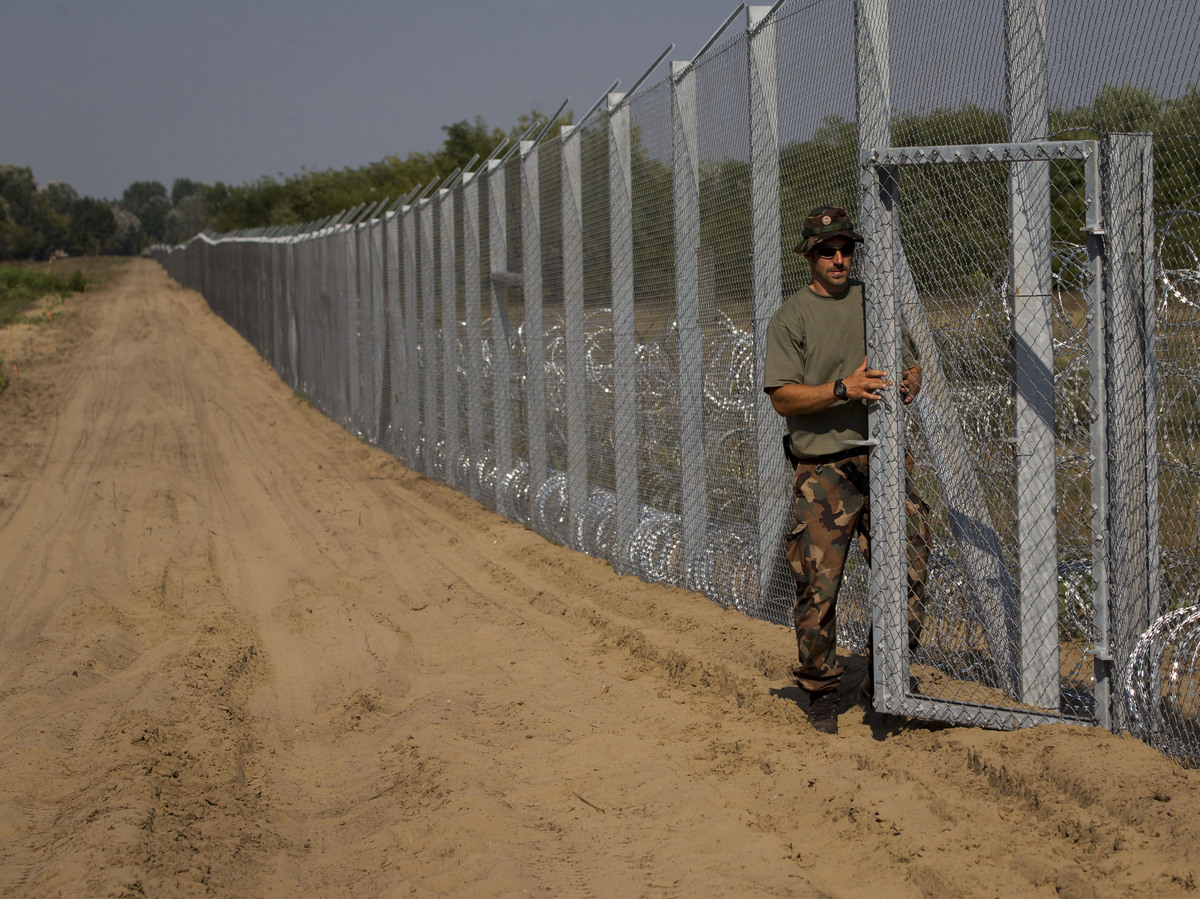 A Hungarian army officer closes the gate of Hungary's new fence on the 110-mile border with Serbia. Hungary's Prime Minister Viktor Orban has taken a number of controversial steps against migrants.

In most European Union countries, it's fringe groups that drive anti-migrant sentiment. Not so in Hungary, where the government is busy stoking the fire.

Hungary is now the main gateway for asylum-seekers headed to northern Europe, with thousands arriving in the eastern European country every week. The prime minister, Viktor Orban, and his government are capitalizing on the crisis to bolster their increasingly right-wing platform.

In a late-July speech, Orban warned that the flood of newcomers is a danger to European citizens and made remarks linking migrants with terrorism.

"Will what we call Europe exist at all?" the populist leader asked.

Orban's ruling Fidesz party, which came to power in 2010, has taken controversial steps against the rising number of migrants, including erecting a razor-wire fence last month to keep them out along Hungary's 110-mile border with Serbia. Today, a Budapest train station was barred to migrants hoping to travel onward. 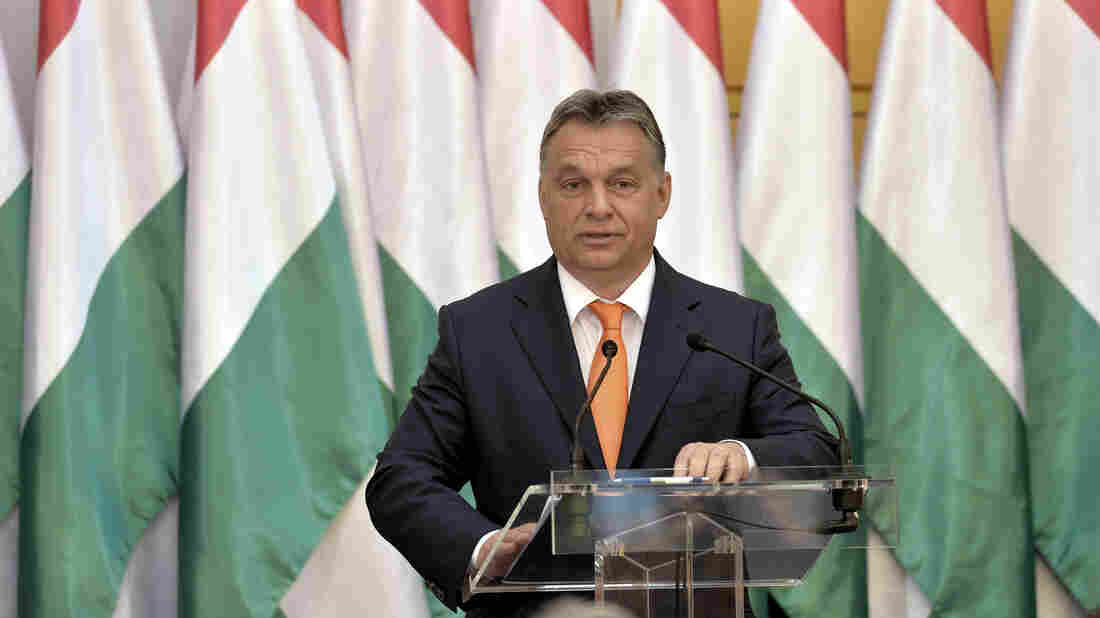 Hungarian Prime Minister Viktor Orban and his Fidesz party have been in power since 2010. Szilard Koszticsak/AP hide caption 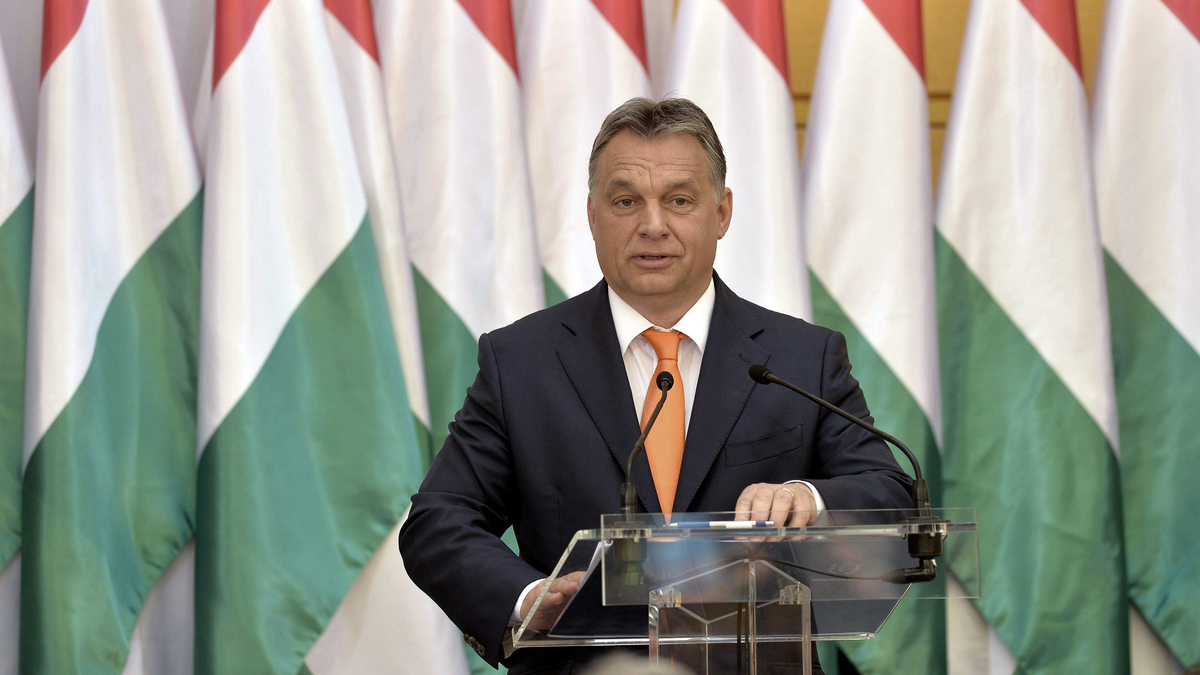 Hungarian Prime Minister Viktor Orban and his Fidesz party have been in power since 2010.

Government spokesman Zoltan Kovacs denies his government's steps are xenophobic. He claims the Hungarian position against illegal immigrants is similar to that of other European Union countries, including Germany and France — although with some "philosophical differences" as to the role migrants can play on a continent where the population is rapidly aging.

"Hungary wouldn't like to solve our population issues by bringing in migrants," he says. "We believe that inciting birth and providing families with benefits and inciting more kids in Hungary and Europe is the solution, rather than bringing in more migrants."

Hungary's far-right Jobbik Party, which has been making gains in local and parliamentary elections, accuses the Orban government of trying to steal its platform. Members of the increasingly powerful Jobbik have long preached against Hungarian minorities and immigrants.

Daniel Z. Karpat, a member of the Jobbik bloc in Hungary's Parliament, says he believes any political gains Orban and his Fidesz party are making by playing the refugee card will be temporary. Even if the government were to come up with a more comprehensive solution to immigration, he says, it wouldn't be enough to woo back voters who are fed up with Orban's attacks on personal liberties and his failure to address the country's economic problems.

"The Hungarian government has not been shy about appropriating issues that [have] been originating from the far right," says Zoltan Miklosi, who teaches political theory at Central European University in Budapest.

He says he's surprised by how the anti-migrant message appears to resonate with many Hungarians, considering that almost all the newcomers only use the country as a transit point and don't intend to stay. That certainly wasn't the case with refugees from the Balkan wars in the 1990s, Miklosi says.

"At that time, a large number of immigrants arrived to Hungary and a substantial portion of them stayed for significant period of time — unlike now, when most immigrants are leaving the country in a few days or weeks. And there was no organized campaign or anything on a comparable scale to today."

Miklosi doesn't think Orban's approach makes political sense in the long run because the fence and other anti-migrant measures haven't had much impact. The migrants continue to come, and the fence isn't stopping them.