Accessibility links
Migrants Enter Denmark, Determined To Reach Sweden : Parallels Denmark has been trying to dissuade refugees from crossing its borders. But an estimated 3,000 have entered the country since Sunday, and some Danes are helping them make their way to Sweden. 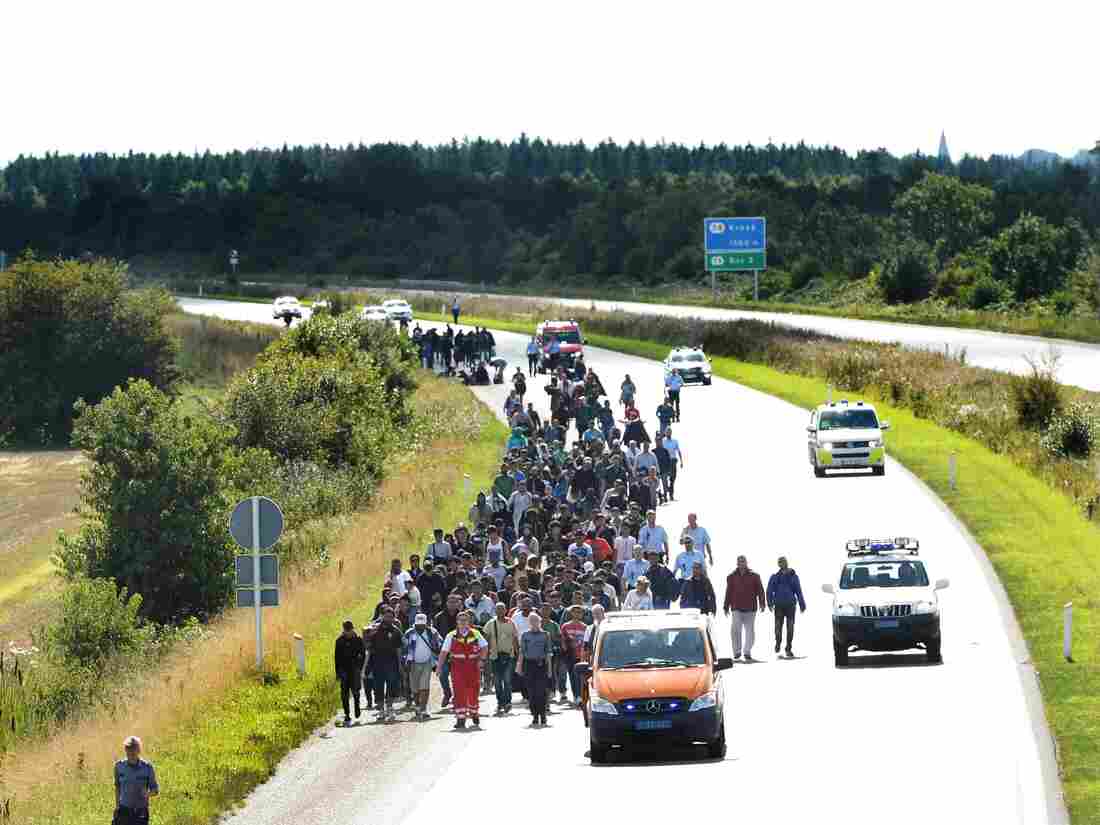 Migrants, mostly from Syria and Iraq, set out on foot along a highway on the Danish-German border, heading north to Sweden on Wednesday. They arrived that morning on a train from Germany. CLAUS FISKER/AFP/Getty Images hide caption 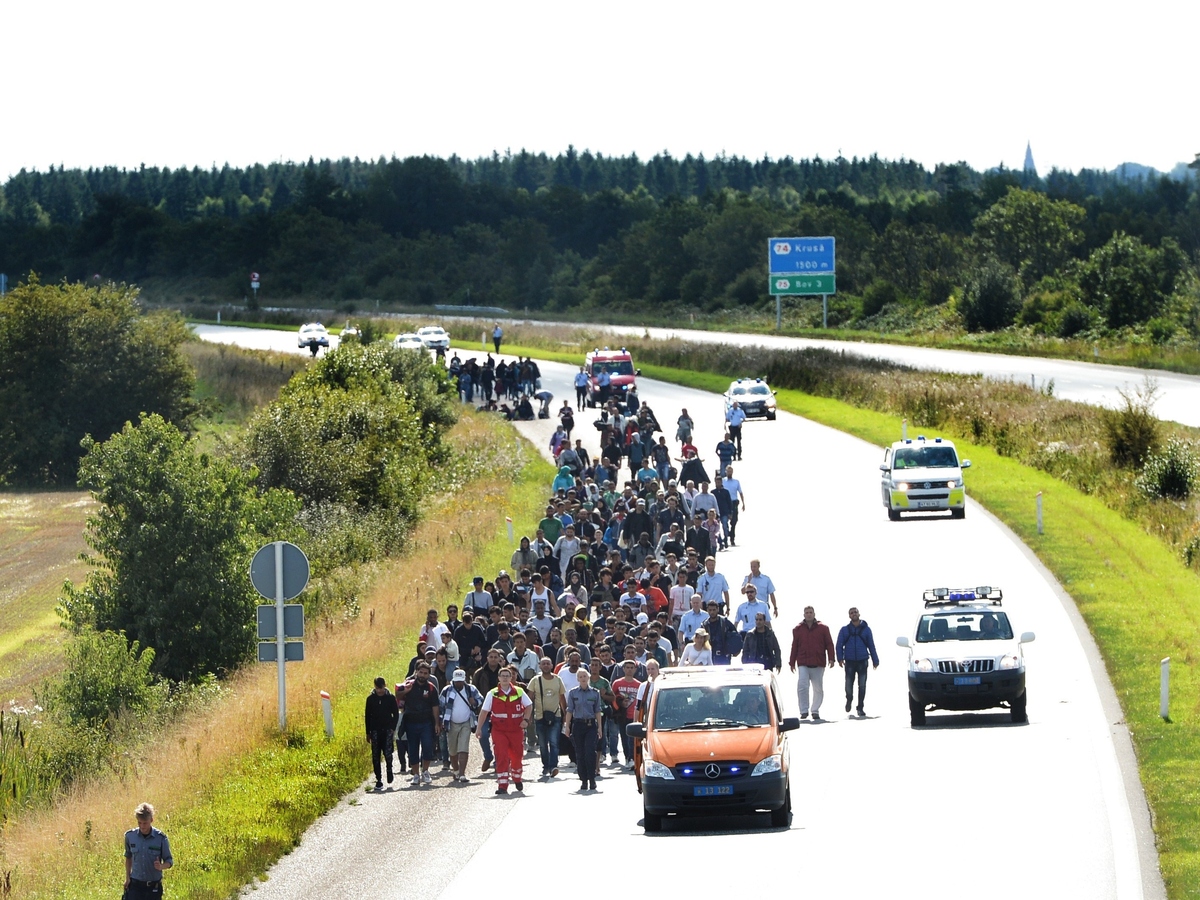 Migrants, mostly from Syria and Iraq, set out on foot along a highway on the Danish-German border, heading north to Sweden on Wednesday. They arrived that morning on a train from Germany.

According to European rules, refugees are supposed to seek asylum in the first country they reach. That hasn't always been possible in the chaos of the past few weeks. Since Sunday, an estimated 3,000 people have crossed the border into Denmark, but most of them don't want to register here. Instead, their sights are set on Sweden.

On Wednesday, some 300 refugees left an intake center near the German border and started walking north along a major highway. Footage from Danish television shows them chanting, "Sweden, Sweden."

In another Danish border town, refugees refused to get off trains arriving from Germany because they were afraid of being registered — which could prevent them from seeking asylum in Sweden.

You might think that a wealthy, peaceful place like Denmark would be ideal for asylum seekers. But members of the new right-wing government, like Integration Minister Inger Støjberg, have been doing their best to discourage that image.

"I haven't hidden the fact that I think there are too many asylum seekers coming to Denmark," she told Danish Broadcasting on Monday. "That's exactly why we've tightened up, first of all, on benefits. And it's also why I've announced there will be more tightening-up down the road."

On the same day she spoke with Danish Broadcasting, Støjberg placed ads in Lebanese newspapers touting Denmark's new rules that cut welfare benefits for refugees by half and make it harder for families to reunite.

But Michala Bendixen of the group Refugees Welcome says that even with the changes, benefits for refugees in Denmark are among the best in Europe.

"That's the crazy thing, is that the ad is not really truthful," she says. "In many ways, it's better than Germany and just as good as Sweden. But, yeah, this is the impression they're trying to give."

And so migrants continue to focus on Sweden.

Danish police have not forced migrants to register. Those migrants holed up at the border Wednesday eventually left. Some got into private cars driven by sympathetic Danes and headed toward Sweden.

Mette Hermansen is with Welcome To Denmark, an organization that is, among other things, helping to coordinate transportation to Sweden. She says Danes know it's illegal. But, she says, "For someone to get a fine in Denmark, it's a very small risk to take, if you compare to what these people are fleeing from and what they've experienced."

Meanwhile, Bendixen says she hopes the events of the last few days could be a first step in changing Denmark's anti-refugee reputation.

"It's become such a big issue in Denmark the last many elections, that the politicians, they have like a competition going on to be the most strict one because they think that's where all the voters are," she says. "But the last week has shown that there's a lot of Danes who, on the contrary, are actually very open and very positive to refugees."

Politicians may get another eyeful on Saturday. That's when 29,000 Facebook users say they'll be attending a pro-refugee rally in Copenhagen.