Accessibility links
What Should Americans Expect To Hear From The Pope? : Parallels Pope Francis arrives in the United States next week. NPR's Sylvia Poggioli offers this preview of what to expect from the first Latin American pope with a global south perspective. 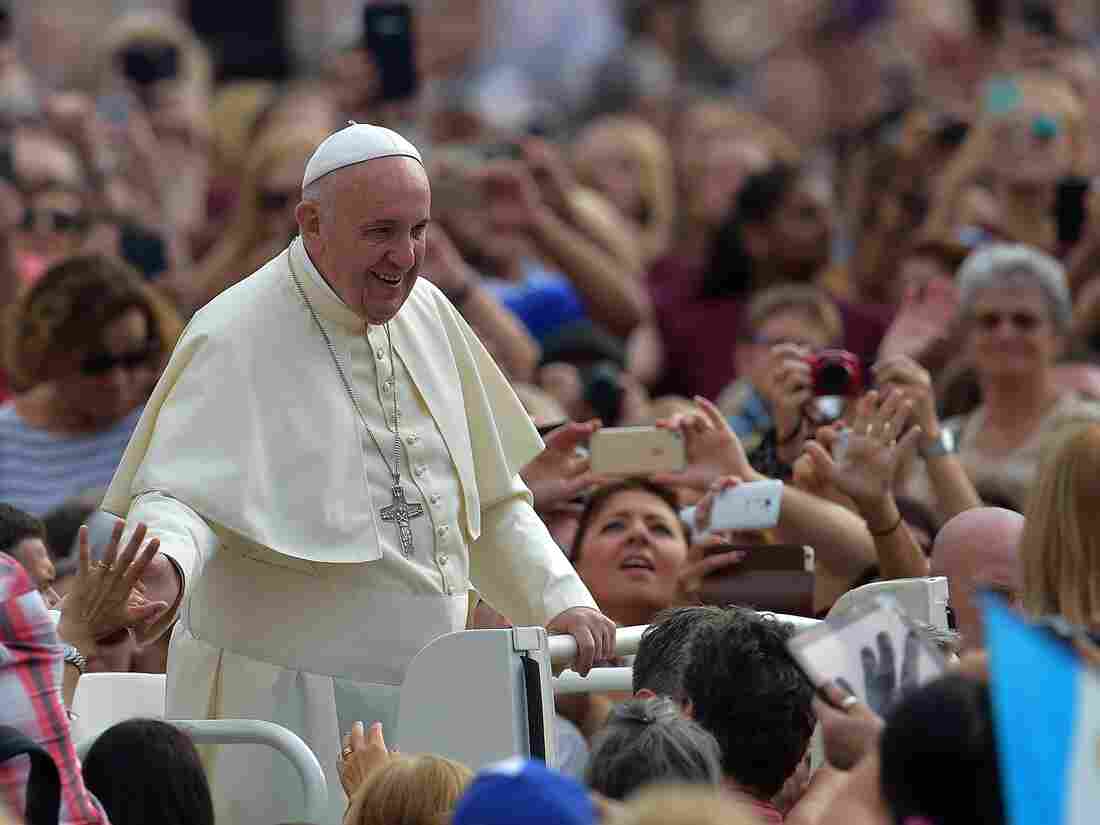 Pope Francis, shown here at St. Peter's Square at the Vatican, will arrive in Washington on Sept. 22, his first-ever visit to the U.S. VINCENZO PINTO/AFP/Getty Images hide caption 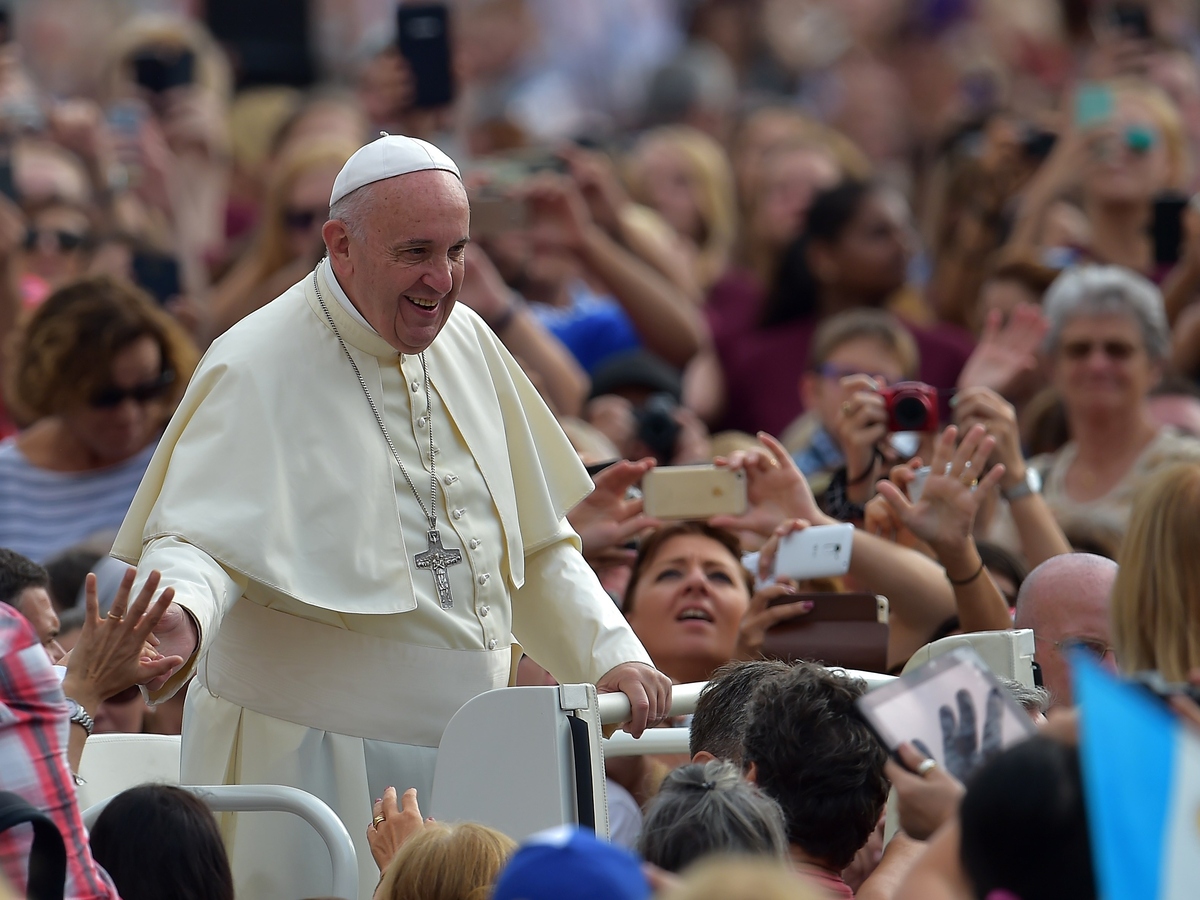 Pope Francis, shown here at St. Peter's Square at the Vatican, will arrive in Washington on Sept. 22, his first-ever visit to the U.S.

One of the most popular figures on the world stage arrives in Washington on Tuesday. During his week-long stay in the U.S. — which he's never visited before — Pope Francis will meet President Obama, address Congress and the United Nations, name a new saint, visit Ground Zero in New York and attend the Catholic World meeting of families in Philadelphia.

In the 2 1/2 years of his papacy, Pope Francis has stunned the world with his humility and humor, but also with his straight talk about global ills — what he calls the globalization of indifference, the economy of exclusion and the throwaway culture.

Father Thomas Reese, senior analyst for the National Catholic Reporter, says Francis is coming to the U.S. not just as a pastor, but also as a prophet calling on people to fulfill their duties to the world around them. 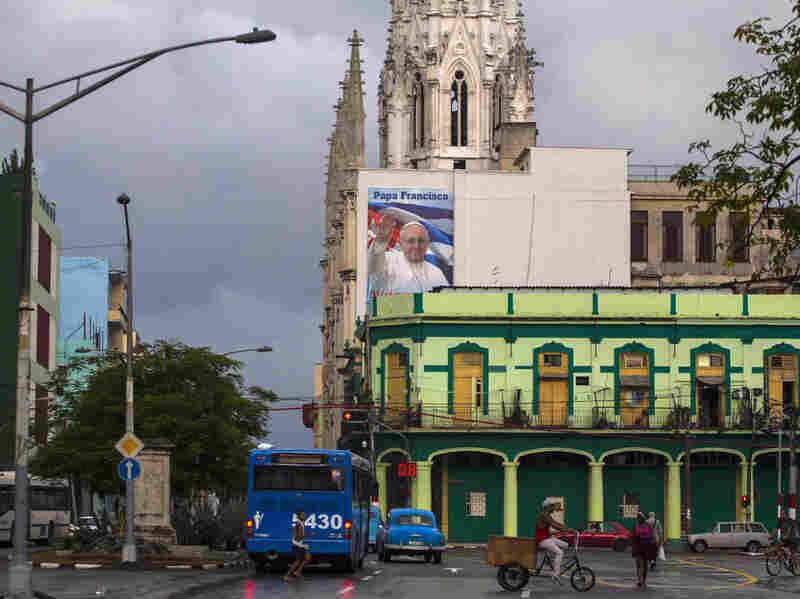 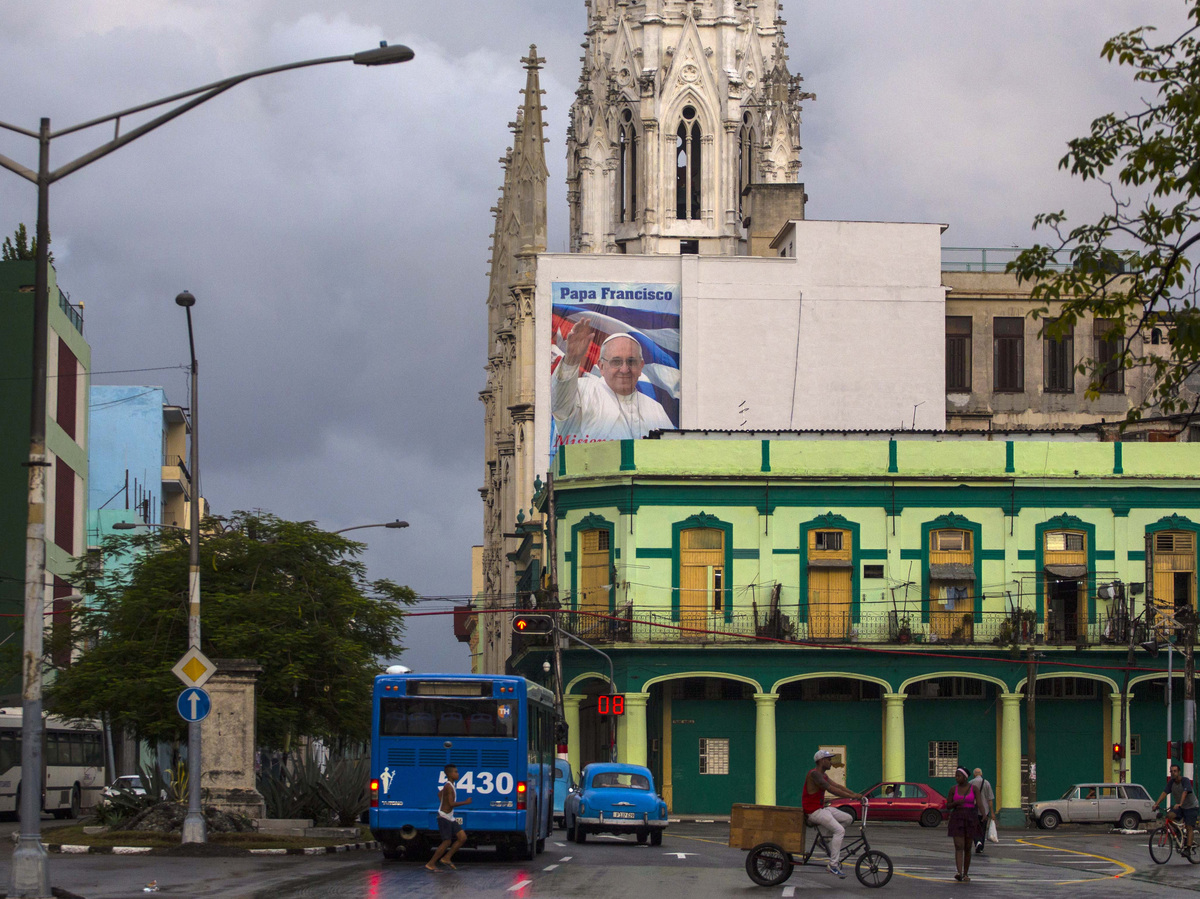 "Our responsibility to protect the poor, to protect the environment, welcome immigrants — these are all very challenging ideas in the United States, which means he's going to comfort the afflicted and afflict the comfortable."

In June, the pope issued a scathing document on climate change, blaming humans for having turned the earth into an "immense pile of filth", with the poor paying the highest price.

In July, he delivered a blistering speech in Bolivia saying that behind the harm being done to the environment is what he called the "dung of the devil" — the unfettered pursuit of money.

"Once capital becomes an idol and guides people's decisions, once greed for money presides over the entire socioeconomic system, it ruins society, it condemns and enslaves men and women, it destroys human fraternity, it sets people against one another and, as we clearly see, it even puts at risk our common home," he said.

Father Reese says the pope's critique of laissez-faire capitalism, globalization and consumerism is based on what he saw in people's homes in the slums of Buenos Aires when he was Archbishop.

"For him, all boats are not rising. The poor people don't have boats, they are drowning, and he is going to say that the economic system is not working for the poor and we need to do something to fix it," Reese says.

Francis has emerged as a diplomatic player, introducing a global south perspective on the world stage. His biggest achievement was assisting détente between the U.S. and Cuba — where he'll visit before arriving in Washington.

In Latin America, that process has been hailed as ending the region's Cold War division between leftist, pro-Castro regimes and dictatorships allied with the United States.

Massimo Franco, an expert on U.S.-Vatican relations, says the first Latin American pope wants very much to arrive in Washington from the south of the continent.

"The pope goes to the U.S. not only as head of the Catholic Church, but also as the moral leader — and I would say as the political leader as well — of Latin America," Franco says.

One of Francis's key concepts is that Latin America countries should be reunited in a "patria grande." In his vision, the great homeland would have a more egalitarian economic and social system that could serve as a third way between free-market capitalism and Communism. The pope believes the global south has much to teach the north, Franco says.

John Allen, a veteran Vatican analyst for the Boston Globe, says Francis has a strong conviction that the United States sometimes overestimates its role in the world.

"He would like America to take its role as a member of the global family, rather than the boss of that family, a little bit more seriously," Allen says.

In the U.S., the pope will not just visit the corridors of power. He will follow his motto and go out to the peripheries of society.

The U.S. ambassador to the Vatican, Kenneth Hackett, says there are lots of topics the pope may address.

"He may also raise issues about criminal justice, the death penalty, gun violence, gun violence against African-American young men," Hackett says. "I would like him to talk about that kind of thing, to give people pause, to say, yes, this is important and we have to do something about it."

The Boston Globe's Allen says liberals can also expect to squirm when Francis speaks about what he calls the "ideological colonization" of the developing world — by which, Allen says, "he means rich nations shoving a kind of liberal, sexual morality — that is, family planning, population control, abortion rights, gay rights — down the throats of societies in the developing world. My forecast is heartburn for both left and right."

Francis has been brushing up on his English and consulting friends in the U.S. to get a reading on what he should expect. He's well aware that his visit to the United States is shaping up as the most challenging of his papacy — so far.