Accessibility links
Amid Tensions, China's President Heads To The U.S. : Parallels On his first state visit, President Xi Jinping will meet with tech CEOs in Seattle before going to Washington, where he aims to allay U.S. concerns over cyber-security, human rights and other issues. 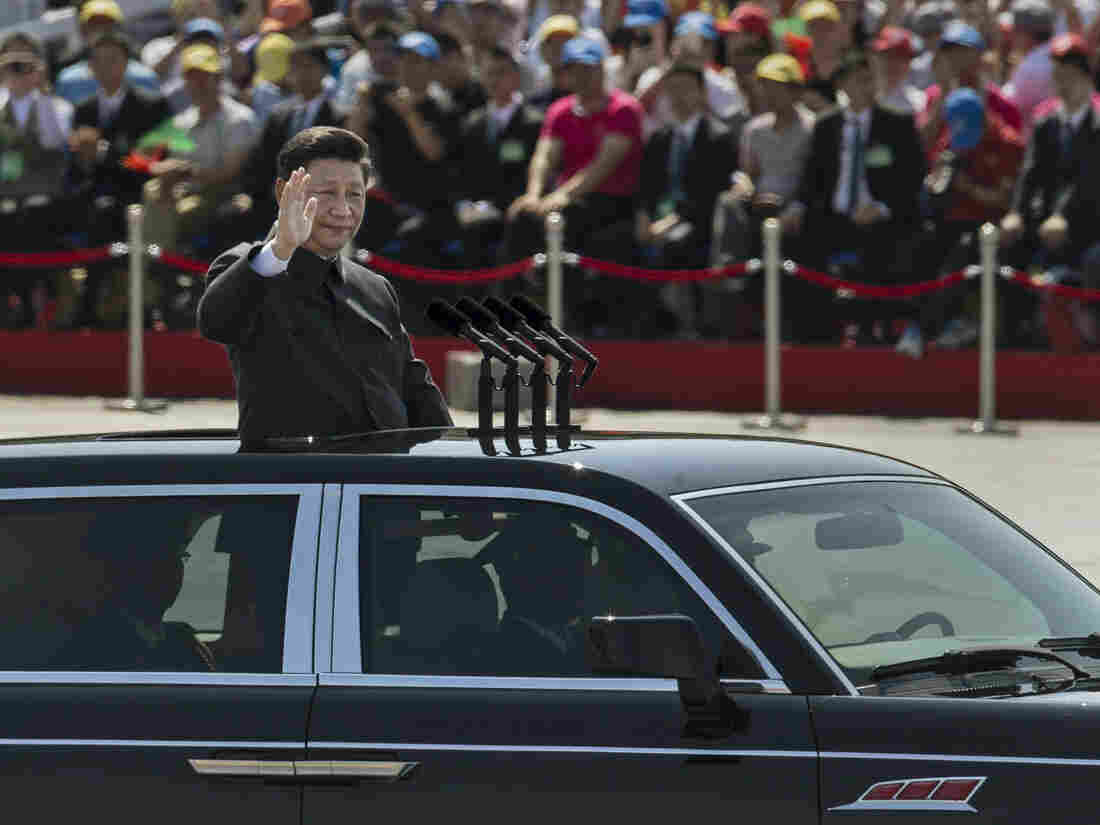 Xi Jinping presided over a Beijing military parade marking the 70th anniversary of the end of World War II. To some observers, this showed Xi in firm political and military control. On the economic side, though, the signals are more mixed. Kevin Frayer/Getty Images hide caption 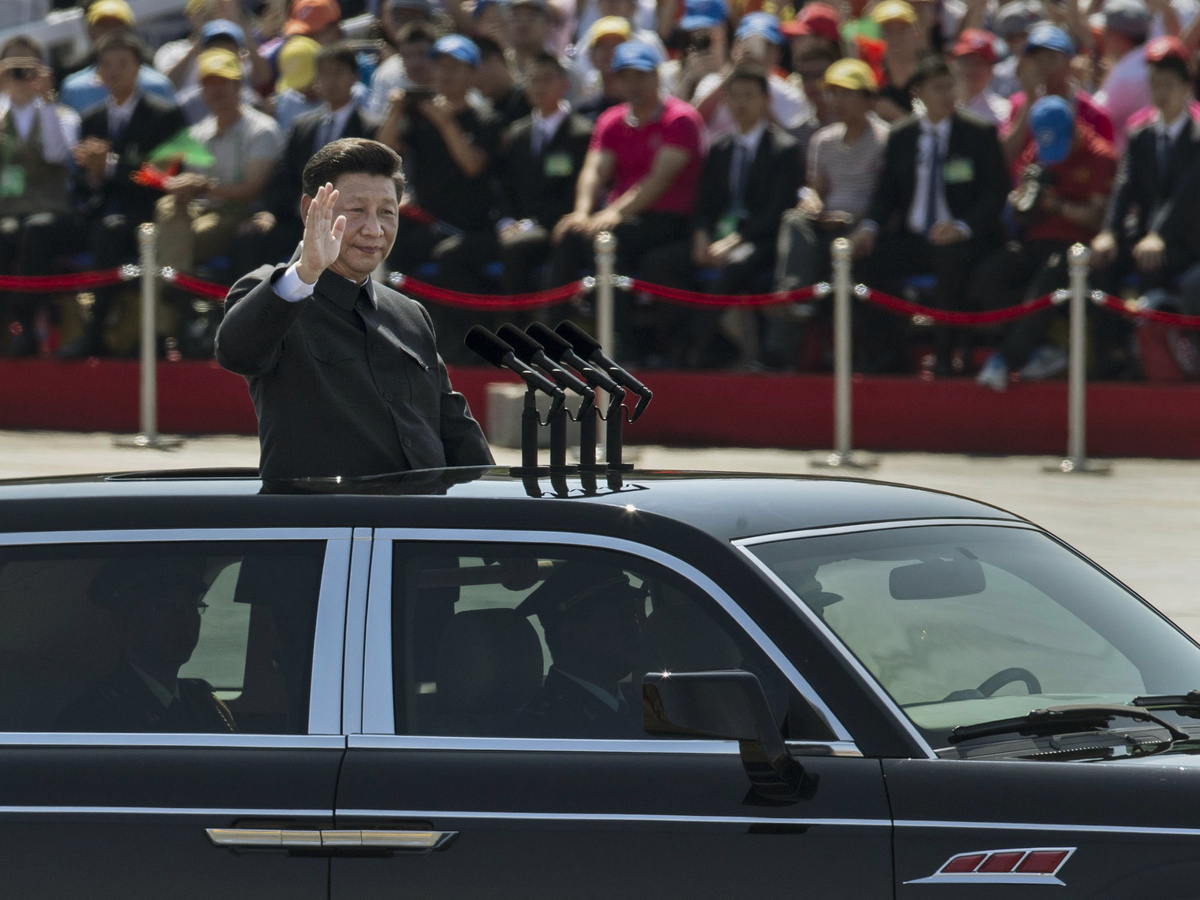 Xi Jinping presided over a Beijing military parade marking the 70th anniversary of the end of World War II. To some observers, this showed Xi in firm political and military control. On the economic side, though, the signals are more mixed.

Just over a week ago, the Obama administration was considering sanctioning China in response to suspected hacking attacks, especially one on the Office of Personnel Management that compromised the data of millions of federal employees.

If not for some last-minute diplomacy in which China sent an envoy to Washington to defuse the issue, this week's state visit by President Xi Jinping, who arrives in the U.S. Tuesday, might never have happened.

For now, both governments are trying to show that they can manage differences and avoid allowing them to spiral into conflict.

Last week, Foreign Minister Wang Yi told reporters that Xi's aim will be to build trust and dispel doubts about China's strategic intentions. His message, Wang said, is that China has no intention to challenge the U.S., or the U.S.-led international order.

"China has become one of the most important participants and supporters of the current international order," he said. "We have no motive to overthrow an international system in which we are full-fledged participants."

The World According To Xi Jinping (Or At Least His App)

Xi's first stop will be in Seattle, where he's expected to meet with the CEOs of Apple, Boeing and Microsoft, among others.

Some American tech companies have complained that in order to do business in China, Beijing is demanding that they comply with Chinese national security laws. They fear this could require them to hand over key technology — or even let Beijing snoop on their users.

Beijing University international relations expert Zha Daojiong points out that some Chinese tech firms — notably telecom giant Huawei — have been shut out of the U.S. on security grounds, and that no countries should expect to be given special treatment.

"Market access is first and foremost a legal issue," he says. "A Chinese company going to the United States does not, cannot or should not say 'Hey, I'm here to decide what market access is.' "

But, Zha adds, you don't hear many Chinese complaints, because the more powerful U.S. is able to put its concerns at the top of the summit agenda. He's not saying that U.S. concerns are not valid — just that there's an asymmetry in the amount of attention they get. 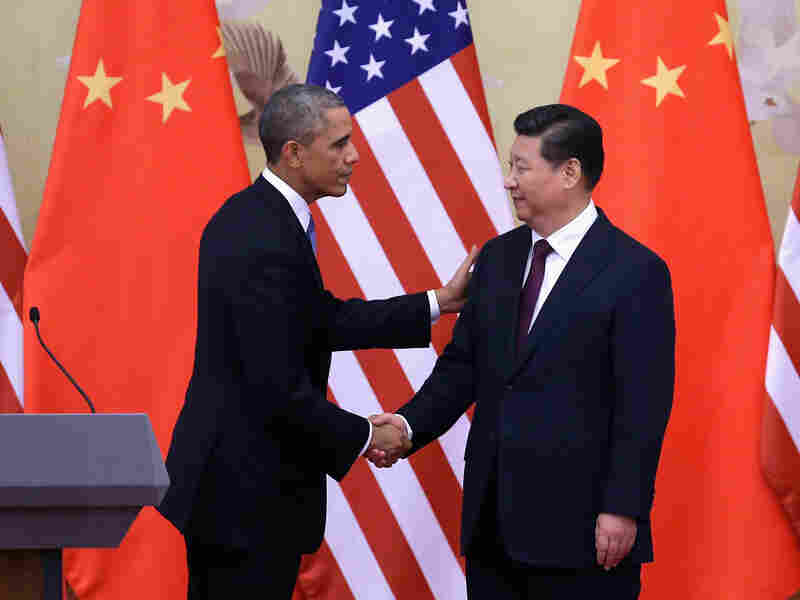 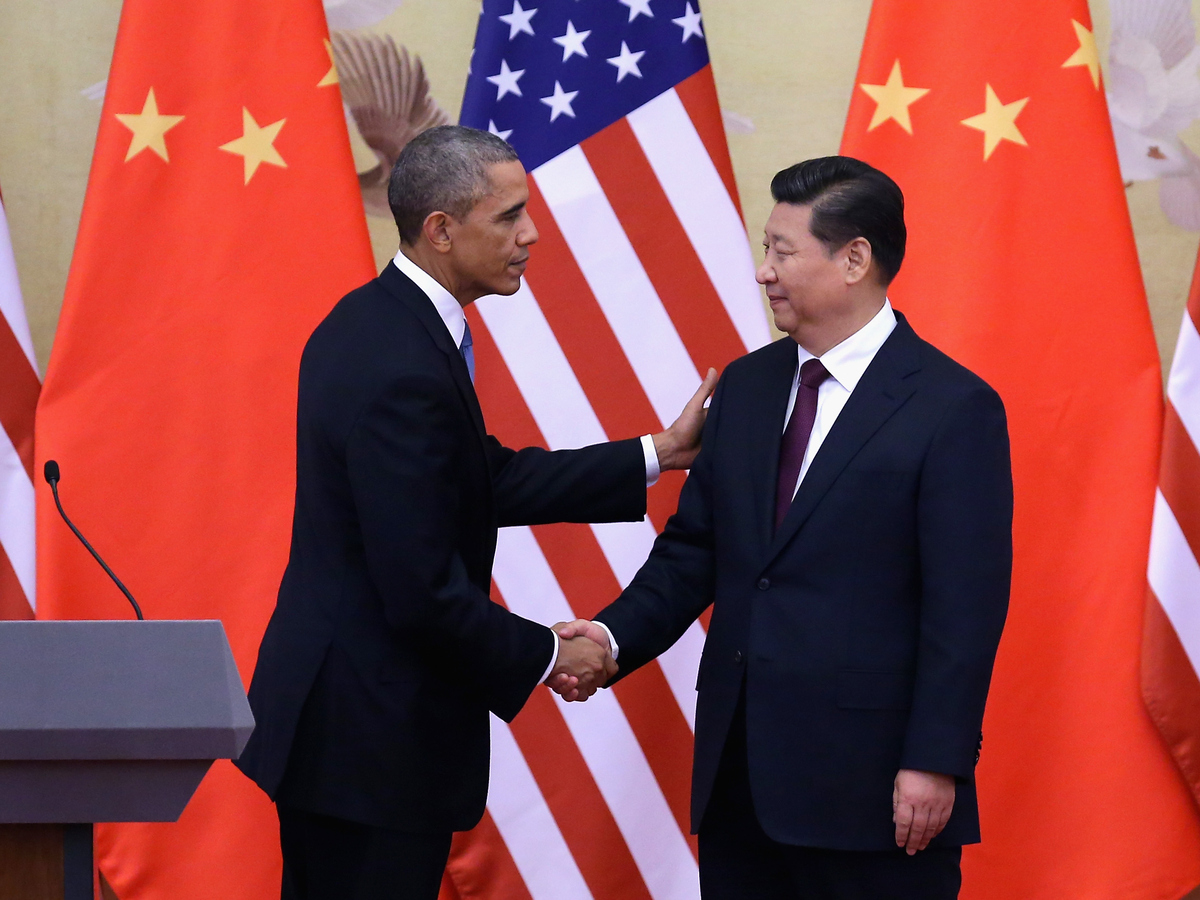 From Seattle, Xi will head to Washington, D.C., for a 21-gun salute, a state dinner and all the pomp of an official visit. There, some agreements may be reached on less thorny issues such as climate change and people-to-people exchanges.

Xi is not expected to make many concessions on political matters, such as China's building on disputed islands in the South China Sea or its ongoing crackdown on Chinese human rights lawyers.

Earlier this month, Xi presided over a grand military parade marking the 70th anniversary of the end of World War II. To some observers, this showed Xi in firm political and military control of the country.

He was able to announce a force reduction of some 300,000 troops, and have state media report that the military welcomed the move without exception.

And Xi was able to have two former presidents and other retired political heavyweights attend the proceedings, signaling that they would not meddle in his administration — no small matter in a country that still has no written law specifying term limits for top leaders, who previously held power for life.

Zha says that on the economic side, though, the signals are more mixed. China's economy is slowing; consumption growth is tepid. And then, "There is the next logical question," he says. "What have you done for bread and butter issues? For urban residents, air pollution, real income growth and food safety — these issues matter a lot more."

Zha notes that there's another thing China wants: the return of scores of corrupt officials who have fled to the United States.

Beijing is particularly keen to have back Ling Wancheng, the brother of Ling Jihua, a former presidential aide. Ling Jihua has been arrested in one of the highest-level corruption prosecutions of Xi's anti-corruption campaign. Ling is also accused of stealing state secrets.

The concern in China is that Ling Jihua gave his brother classified documents that could be politically damaging to Xi, and may hand the U.S. an intelligence windfall.

The U.S. and China have no extradition treaty. Washington emphasizes that if China wants the fugitives back, it must provide evidence of their crimes that will stand up in a U.S. court.

Assistant Foreign Minister Zheng Zeguang recently addressed this issue, without naming any names. "The list of fugitives and their assets that China seeks to repatriate has been carefully verified," he said, "and there is ample evidence. We have been in close communication with the U.S. side on this matter."

On this issue, Zha says, public opinion is on the government's side in China, where corrupt officials get very little sympathy. Besides, he says, "Our system is much stronger than anything these individuals can do to shake" or destabilize it.