Accessibility links
A German Town In Decline Sees Refugees As Path To Revival : Parallels Many towns in eastern Germany suffered sharp population declines after reunification as the young and educated left. One mayor hopes to rebuild his community with the help of Middle Eastern migrants. 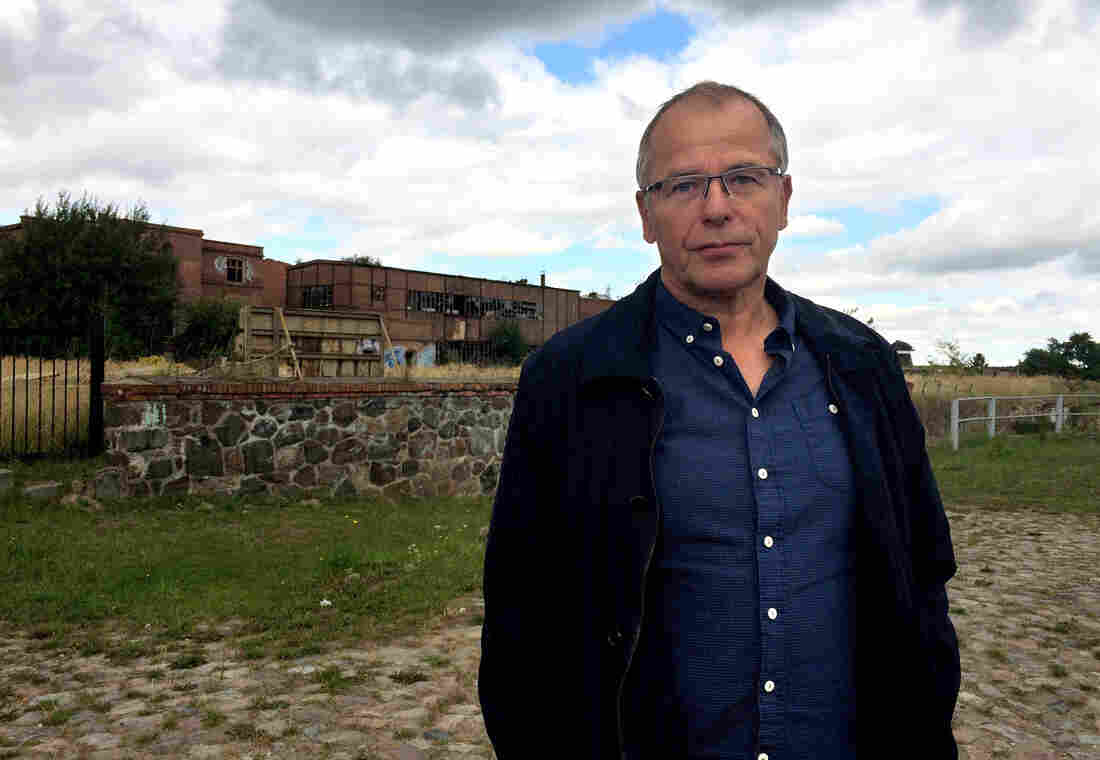 Wilfried Block, the mayor of Friedland, in northeastern Germany, says his shrinking town needs migrants to revitalize the economy. Much of Europe faces a demographic challenge, with retirees on the rise and young workers in decline. Analysts say migrants could be the source of young workers that Europe needs. Esme Nicholson for NPR hide caption 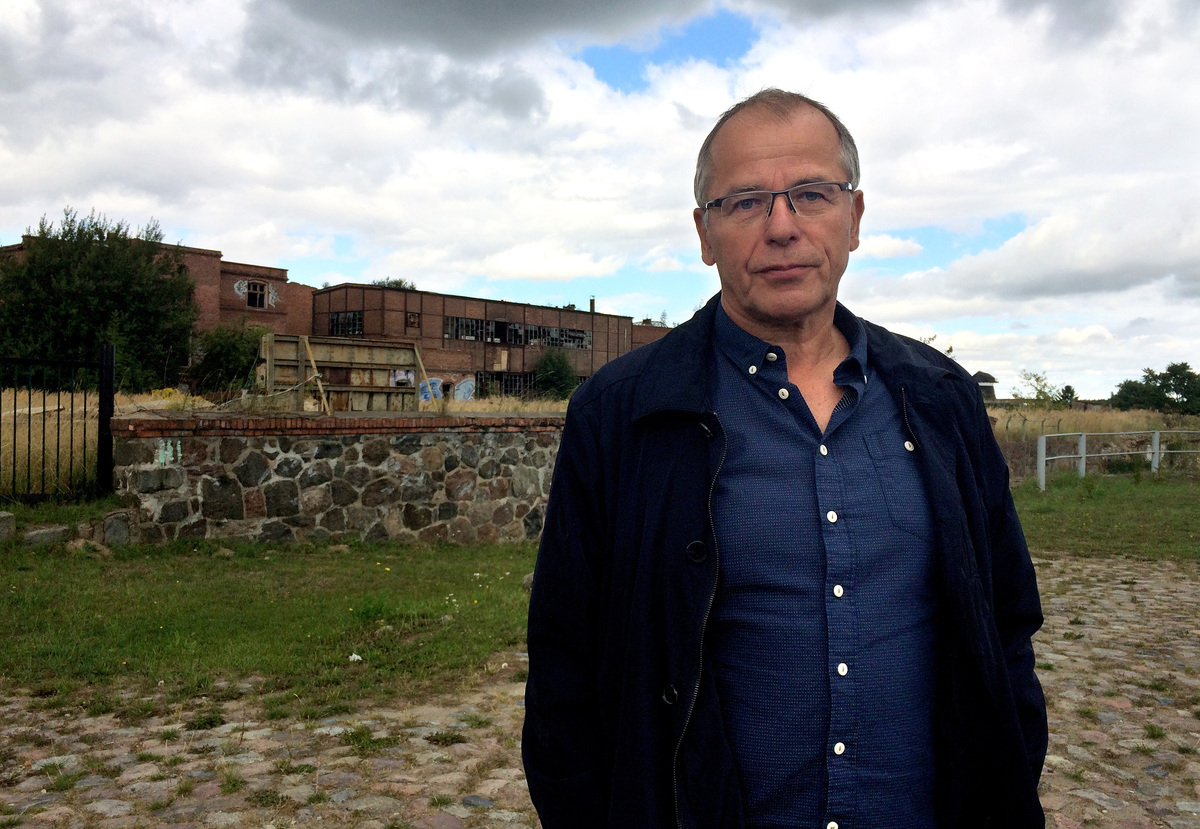 Wilfried Block, the mayor of Friedland, in northeastern Germany, says his shrinking town needs migrants to revitalize the economy. Much of Europe faces a demographic challenge, with retirees on the rise and young workers in decline. Analysts say migrants could be the source of young workers that Europe needs.

Tucked away in the northeastern corner of Germany, not far from the Baltic coast, Friedland is a peaceful, rural town of about 5,000 people.

It wasn't always so quiet here. When it was part of communist East Germany, Friedland was an industrial hub, where massive processing plants turned beets into sugar and potatoes into powdered starch.

Like many others in the town, Wilfried Block, 58, used to work at the local potato starch factory. But when East and West Germany became one country again in 1990, things changed.

"The factories were shut down after reunification, and it hit us hard," Block says. "We lost 2,000 jobs in Friedland alone."

Block was lucky and found another job: He's been the mayor here since 1992. He says the town has invested heavily in regenerating itself.

"Our once gray, industrial town is now green and pleasant. But we've failed to keep people from leaving," he says.

Since reunification, more than 3,000 people, most of them young, have left Friedland in pursuit of job prospects in the West. They've left behind a diminished and aging population.

Block hopes to reverse the trend and sees a golden opportunity in the many migrants currently arriving in Germany.

This demographic shift is also typical in western Germany, but for different reasons. There are plenty of jobs and the economy is buoyant, but with one of the lowest birth rates in the world, Germany is short of workers — particularly in the skilled sectors.

Most all of Europe faces similar demographic challenges, but some analysts say that if properly handled, the current migrant crisis could be turned into the basis for future economic growth in Europe.

The upfront costs of integrating migrants will be high, the analysts acknowledge, but they argue that an influx of younger workers is essential for European countries to prosper. And given the low birthrates across the continent, those young workers will have to come from abroad.

As Friedland's job market has started to improve, there are open positions to fill. Block is eager to fill the gap left by the town's own economic emigrants with migrants from elsewhere.

"First of all, we want to do our part and help," Block says. "But we also want to encourage asylum seekers to put down roots and build a life in Friedland and help rebuild the town's economy."

While larger towns are having to cobble together makeshift shelters and tent cities, Block says Friedland has plenty of space.

"Here, there's no need to turn sports halls and schools into emergency accommodation," he says. "We've got empty apartments to offer."

But the mayor doesn't get to decide how many asylum seekers come to his town: Numbers are determined by the government, based on population size and tax revenue. This means that Friedland won't be able to fill all of its empty apartments.

Nevertheless, 170 migrants are already here. At the weekly event where many recently arrived asylum seekers come to get donated clothes for their fast-growing children, Elizabeth Amoah sifts through a pile of woolen sweaters.

The 35-year-old mother of three is from Ghana. She says she came to Germany for economic reasons and is waiting to hear about her visa status. Her children attend the local school, and she wants to settle in Friedland for their sake.

"I want my children to have a bright future," Amoah says. "My first child says she wants to be a doctor and the second one a lawyer. My prayers are that their dream should come true."

Kerstin Kreller heads up the not-for-profit initiative that runs the clothes bank. She welcomes anyone, regardless of whether they are here as refugees or as economic migrants.

"Quite honestly, it's simply the best thing that could happen to us. It's a miracle!" Kreller enthuses. "People are arriving here instead of leaving. Not only can we offer these young, willing and educated people shelter, but also opportunities that will benefit everyone and rejuvenate the local economy. It's a gift."

"We want to be able to help them in their search for a job, help them make sense of German bureaucracy and offer language courses," she says.

Learning the language is not the only obstacle to integration: Friedland is running a deficit, and two representatives from the far-right NPD party sit on the town council.

But the mayor insists the far-right supporters are a minority. And he says nothing will deter him from reviving his hometown and helping anyone who comes here seeking a better life.