Accessibility links
The Very Strange Case Of Sgt. Bowe Bergdahl : Parallels The Army's investigation produced a wealth of new information on why Bergdahl walked off his base in Afghanistan in 2009. The major general who led the inquiry recommended against a prison sentence. 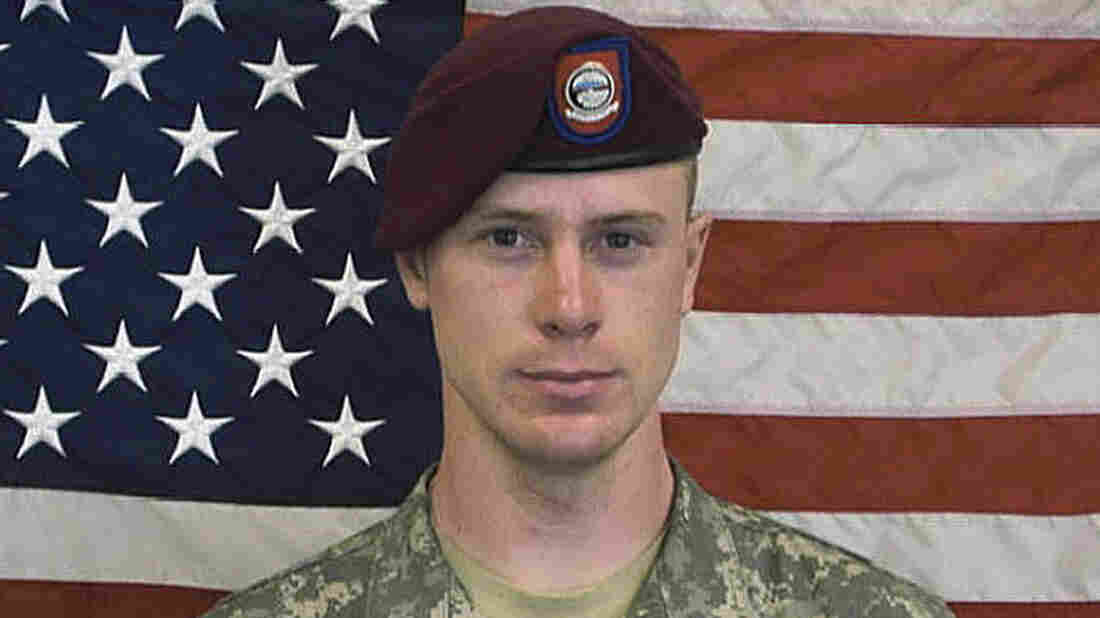 Sgt. Bowe Bergdahl faced a preliminary hearing in San Antonio last week. He faces a possible court-martial for walking off his base in Afghanistan in 2009. An Army investigation produced a wealth of new information on his motivations. The major general who led the inquiry recommended against a prison sentence. AP hide caption 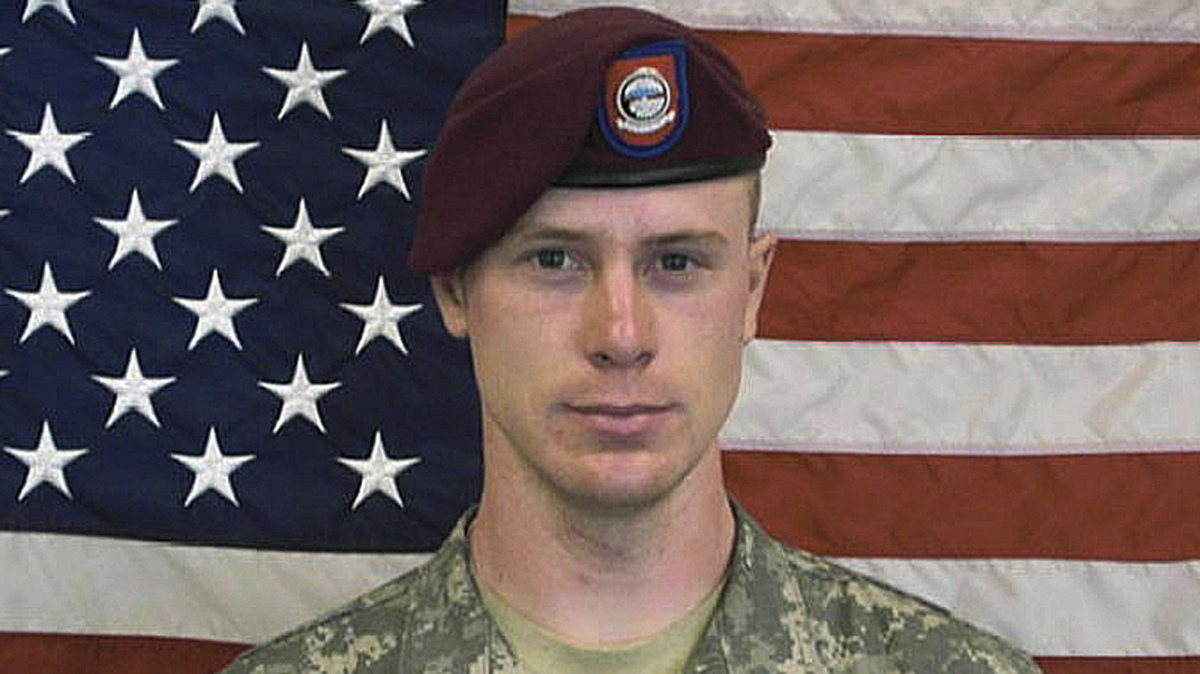 Sgt. Bowe Bergdahl faced a preliminary hearing in San Antonio last week. He faces a possible court-martial for walking off his base in Afghanistan in 2009. An Army investigation produced a wealth of new information on his motivations. The major general who led the inquiry recommended against a prison sentence.

When you don't know the facts of a given incident, it's human nature to attempt to fill them in yourself. But in the case of Bowe Bergdahl, there's no way you could concoct the narrative the Army's two-month investigation uncovered.

According to the testimony of Maj. Gen. Kenneth Dahl, who led the 22-member team during the investigation, Bergdahl, who was a private first class at the time, quietly slipped away from his bunk and sneaked out of Forward Operating Post Mest in eastern Afghanistan on the night of June 30, 2009.

Left behind, stowed neatly atop his bed, were his rifle and night vision goggles. The platoon was due to be rotated out the next morning to a larger base for a little break.

So when Lt. John Billings was awakened by one of his men at the crack of dawn to tell him they couldn't find Bergdahl, he figured it was a prank. The post was about the size of a football field, and beyond the wire the area teemed with Taliban.

This was a joke, right?

Nope. To everyone's complete, gobsmacking amazement, Bergdahl was gone. They looked everywhere, then looked again, which didn't take long. Shrugs all around; nobody had heard or seen anything.

Billings started getting sick to his stomach at the thought of informing his superior officers. He delayed another 10 minutes because he just couldn't make sense of it.

Bergdahl was one of his best soldiers, always ready and willing. He'd seemed fine. There was zero chance he could have been taken during the night — the camp was too small, and anyway, who'd want only Bergdahl? Then why did he sneak out? There's nowhere to go. What was going on here?

Instead of rotating out, the platoon's life became a living hell for the next six weeks as they searched for Bergdahl in the Afghan desert in July and August.

It was 100 degrees, their T-shirts rotted off their backs, at night they slept with their arms around one another, freezing in the open desert. Though some members of the unit would later claim that soldiers died looking for Bergdahl, the Army says nobody died in the search.

But as the fruitless search and suffering went on, the consensus in the platoon was that Bergdahl had deserted and brought this on himself. Perhaps not everybody felt that way, but plenty did, according to the testimony at a preliminary court hearing in San Antonio last week. Officers had to remind soldiers that the same effort would be given if one of them had gone missing.

Fate dealt the 1st Platoon and the other searchers an unlucky hand.

According to Dahl, Bergdahl was captured less than 12 hours after he walked off base, not long after it got light. His capture must have been as big a surprise to the Taliban as his departure was to the Army.

But it wasn't an unmitigated triumph for Bergdahl's captors. The subsequent exhaustive search for him made life miserable for Haqqani fighters who suddenly had to cope with an invasion of highly motivated and highly annoyed Army soldiers and Special Forces troops inundating the eastern province of Paktika. 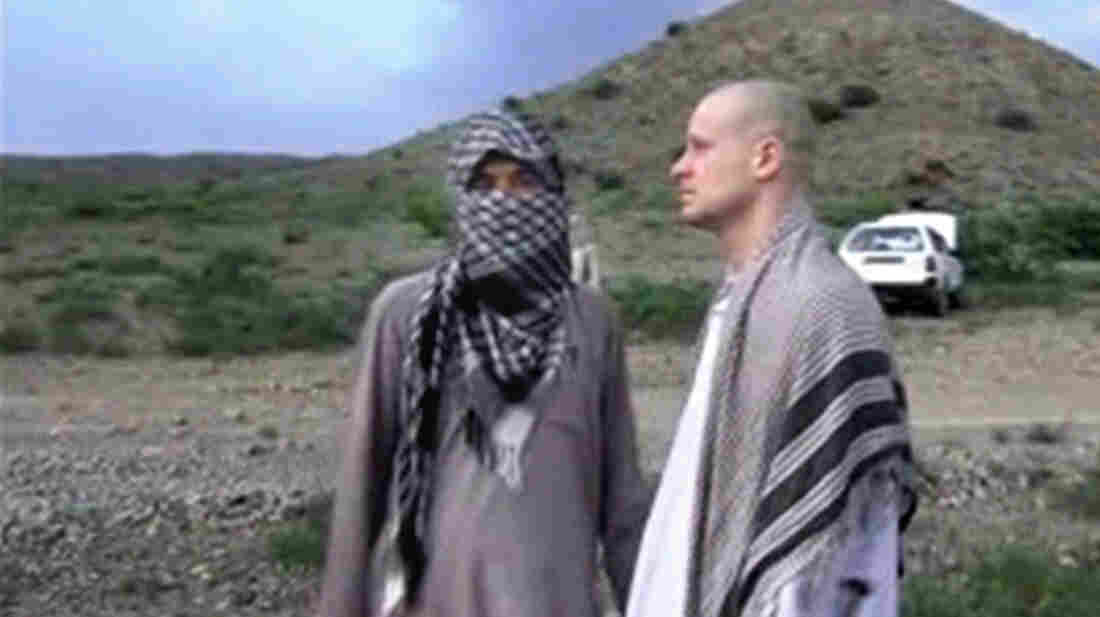 Bergdahl (right) stands with a Taliban fighter in eastern Afghanistan, in this image taken from video obtained from Voice Of Jihad Website. Bergdahl was held captive for five years before his release last year. AP hide caption 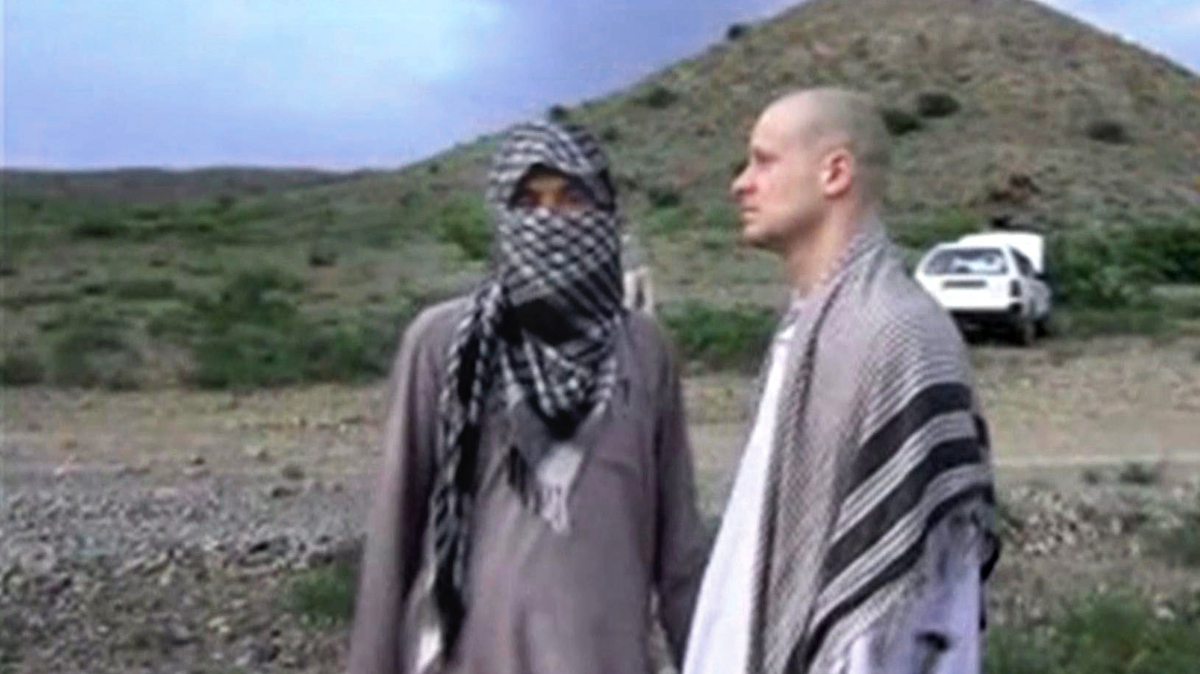 Bergdahl (right) stands with a Taliban fighter in eastern Afghanistan, in this image taken from video obtained from Voice Of Jihad Website. Bergdahl was held captive for five years before his release last year.

According to lead investigator Dahl, it was because he'd come to believe his platoon was in danger owing to lousy leadership.

Whatever deficiencies there were in the officer corps in charge of Bergdahl's platoon, and the testimony in San Antonio seemed to indicate there were some problems, Dahl made it clear that the private was in large measure "delusional."

His platoon was not in danger because of failed leadership, and in fact their mission was ruled an unqualified success. The day before Bergdahl walked away, the platoon and its officers were in good spirits as they prepared to rotate out. They knew they'd done a good job building and establishing the post at Mest.

But according to Bergdahl's squad leader, Sgt. Greg Leatherman, that's not how Bergdahl perceived it. When Leatherman went to the platoon's first sergeant and suggested he might talk to Bergdahl because the private wasn't adjusting well to the mission, Leatherman testified the first sergeant told him to get lost (only the sergeant used saltier language) and that he didn't need Leatherman telling him how to run his platoon.

Leatherman replied, "Roger that, 1st Sergeant," and that was that.

The testimony in San Antonio also made it clear that Bergdahl had an inflated estimation of his own abilities. His escape plan seems plenty evidence of that.

Bergdahl schemed to sneak out at night and then run nearly 20 miles across Taliban-infested territory to a larger Forward Operating Base, named Sharana, as part of a stunt to draw attention to his complaints. There he would find an Army general and "blow the whistle" on officer incompetence.

But as Dahl testified, there was no general stationed at Sharana. The private was clueless. Bergdahl told Dahl he knew he'd get into trouble but decided he'd sacrifice himself for the good of the platoon.

That part came true, just not the way he thought. Once captured, Bergdahl finally got the opportunity to demonstrate just how good a soldier he could be. He attempted to escape that very first day and then never stopped trying.

He once succeeded for nine days before running out of food and water and being recaptured on top of a mountain, according to the investigation. For years, Bergdahl was chained in squatting positions or restrained spread-eagle by shackles as punishment for his unending resistance. The Army testified he is no longer fit for duty, his spine and legs are permanently damaged. Bergdahl has said he made 12 escape attempts, a claim the Army does not dispute.

Which is why the Army's accusation that Bergdahl violated the World War II-era charge of "misbehavior before the enemy" has seemed out of place to some.

Misbehavior before the enemy usually involves some manifestation of cowardice like throwing away your weapon or running away or surrendering without putting up a fight. It carries the possibility of a life sentence and imposes upon prosecutors a higher burden to prove.

It's harder to see how Bergdahl, now a sergeant, can escape a court-martial for desertion. Bergdahl's lawyers will argue that the Army's own investigation revealed their client left his post — but not the Army. And that he did so trying to bring what he thought were disturbing circumstances to the attention of the nearest general.

Since Bergdahl was traded last year for five Guantanamo Bay prisoners, the Idaho soldier has become a political football.

Some former members of his unit want to see him harshly punished.

Conservatives have criticized President Obama for trading the Guantanamo detainees for Bergdahl and say he never should have been feted at the White House after his return. It's put the Army in a difficult position, illustrated by the fact the Army has not released Dahl's official report to the public.

In the next few weeks, Lt. Col. Mark Visger, who conducted the Article 32 hearing at Fort Sam Houston, will forward his recommendations as to whether Bergdahl should be court-martialed, and if so, on which charges. Maj. Gen. Robert Abrams, commanding general of U.S. Army Forces Command, will then issue his decision.