Accessibility links
Kenyan Lawman Vows To Defeat Terrorism The Way He Fought Crime : Parallels Mohamud Saleh made his name by reducing crime in a lawless part of northeast Kenya. After an absence of more than a decade, he's returned to fight terrorism and argues the very same tactics will work. 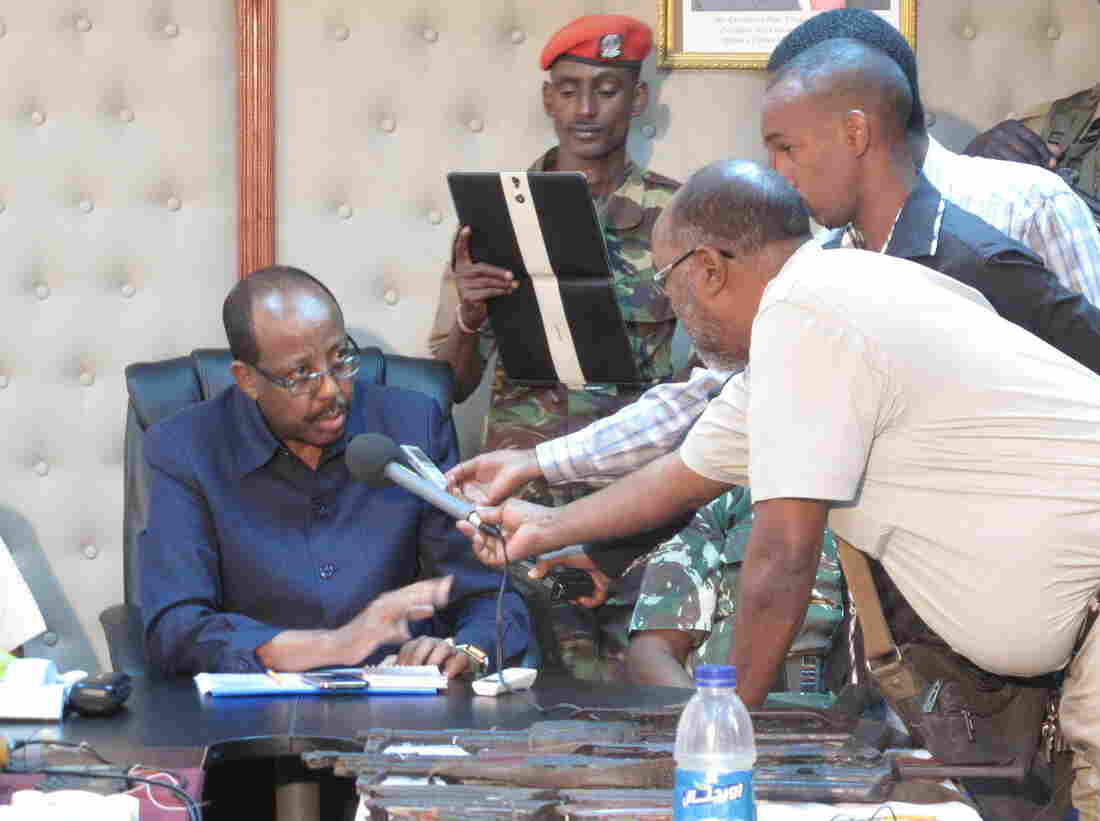 Mohamud Saleh, shown here during a recent interview, built his reputation by greatly reducing crime in a lawless part of northeastern Kenya in the 1990s. After an absence of more than a decade, he's returned to battle terrorism, and argues that the same tactics will work this time as well. Gregory Warner/NPR hide caption 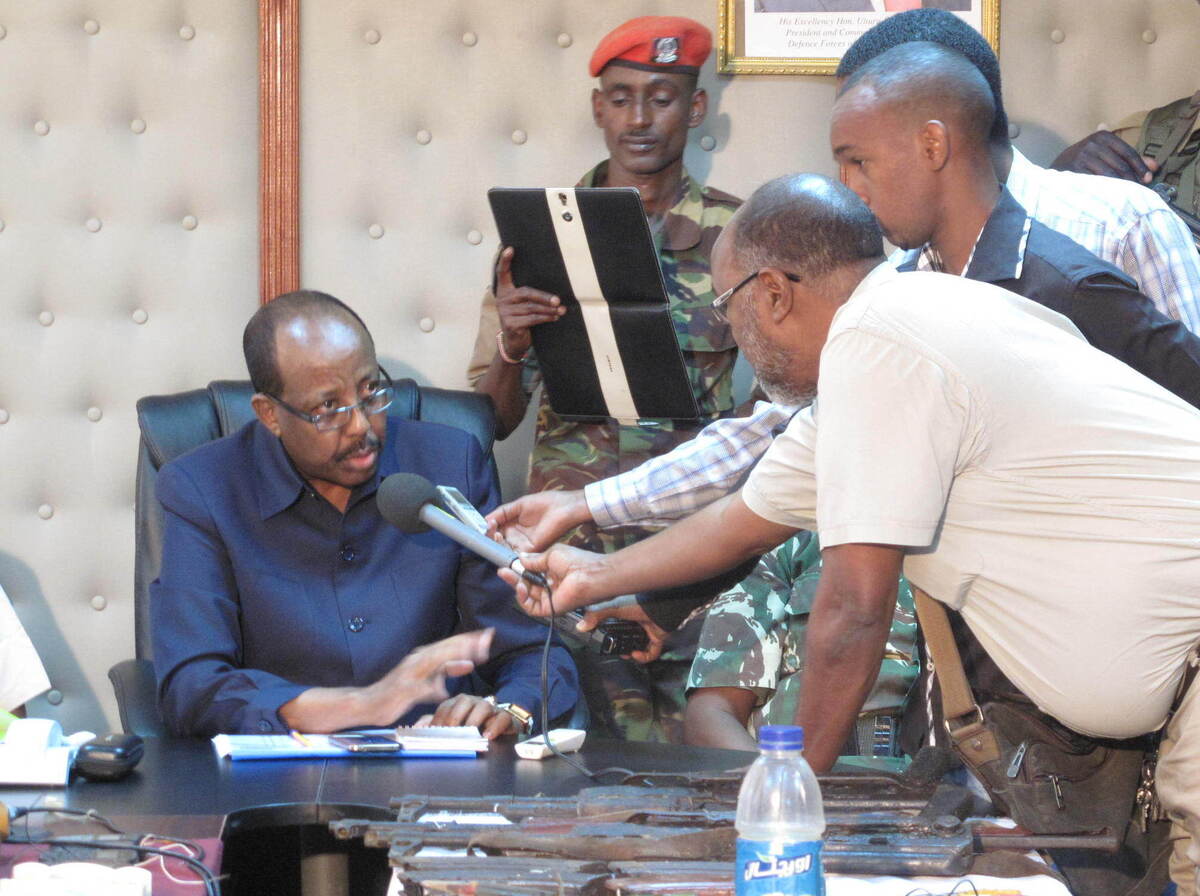 Mohamud Saleh, shown here during a recent interview, built his reputation by greatly reducing crime in a lawless part of northeastern Kenya in the 1990s. After an absence of more than a decade, he's returned to battle terrorism, and argues that the same tactics will work this time as well.

Can you fight terrorists the same way you battle ordinary criminals?

A prominent Kenyan crime fighter, Mohamud Saleh, is betting you can. He's testing his theory in Garissa, a city in northeastern Kenya thrust into the spotlight this April when Islamist militants attacked a campus dorm, killing 147 students.

Long before Garissa had a terrorism problem, it had a problem with bandits, as Daud Yussuf, a Kenyan journalist, remembers.

Back in 1993, Yussuf was a ninth-grader whose father couldn't afford his school fees. So Daud traveled 60 miles to his uncle to get the money. On the way back home, the bus was hijacked.

"They took all the personal belongings that we had, including my shoes and my school fees," he says. "So banditry was a menace."

Banditry was so bad in northeastern Kenya that it was seen as a separate, lawless region unto itself. It's the area along the Somali border, and its population is mostly ethnic Somali.

But that all began to change, in a near legendary manner, when Saleh was named as the new provincial coordinator. Saleh, who's an ethnic Somali himself, first moved to crack down on police harassment of citizens.

"Harassment was the order of day until Saleh arrived," Yussuf recalls.

Working With The Community

They called it, "the safest city in east and central Africa," Saleh says proudly.

Saleh was so successful that in 2003 he was named Kenya's ambassador to the United Arab Emirates. After he left, things began to change in Garissa, and in the past few years, it has become a haven for a new kind of criminal: Islamist militants from the Somali-based terror group al-Shabab.

This May, Saleh was brought back to Garissa by Kenya's President Uhuru Kenyatta to use his crime fighting skills against a new enemy. Saleh immediately set a tough deadline for himself.

"I've given myself six months" to eliminate al-Shabab," he says.

Three months in, he had his first major success. In late August, he showed off a cache of weapons that had been captured. They included Russian machine guns and rocket-propelled grenades. He called it the largest weapon stash ever uncovered in Garissa.

Saleh's anti-terror strategy is similar to the one he used previously against ordinary criminals. First you create trust, and then demand that Somali communities point out their own bad guys. He relies on a traditional clan network older than the region's recorded history.

"The clan networks and the elder system ... are highly respected," he says. "If they say we don't want this to happen, it can't happen."

In the past, he says, local clan leaders were seen by the Kenyan government as part of the security problem instead of the key to ending crime and terrorism.

"The problem is that people who are not part of this community, when they are sent here to work, first of all they don't know anything about the cultures here," he says. "And they also have got certain preconceived ideas. Everybody here is a bandit. Or [a member of] al-Shabab."

Saleh gets high marks from local human rights activists. They say he's curbed the roundups and shakedowns by the police.

Their main criticism is that Saleh is not powerful enough — that he runs the local police but not the elite anti-terror police unit, which is based in Nairobi and has been accused of some of the worst abuses.

And it's not yet clear whether traditional clan elders can beat back a well-armed terror group that has its own strong network.

Nevertheless, there hasn't been a single major attack since Saleh assumed his post. And Saleh has pledged that there won't be. Not on his watch.