Accessibility links
Workers Are Tearing Down Tokyo's Hotel Okura, And History's Going With It : Parallels The landmark Hotel Okura's design didn't meet the need for more rooms for the 2020 Summer Olympics. Now, an icon of Japanese mid-century modern architecture will disappear. 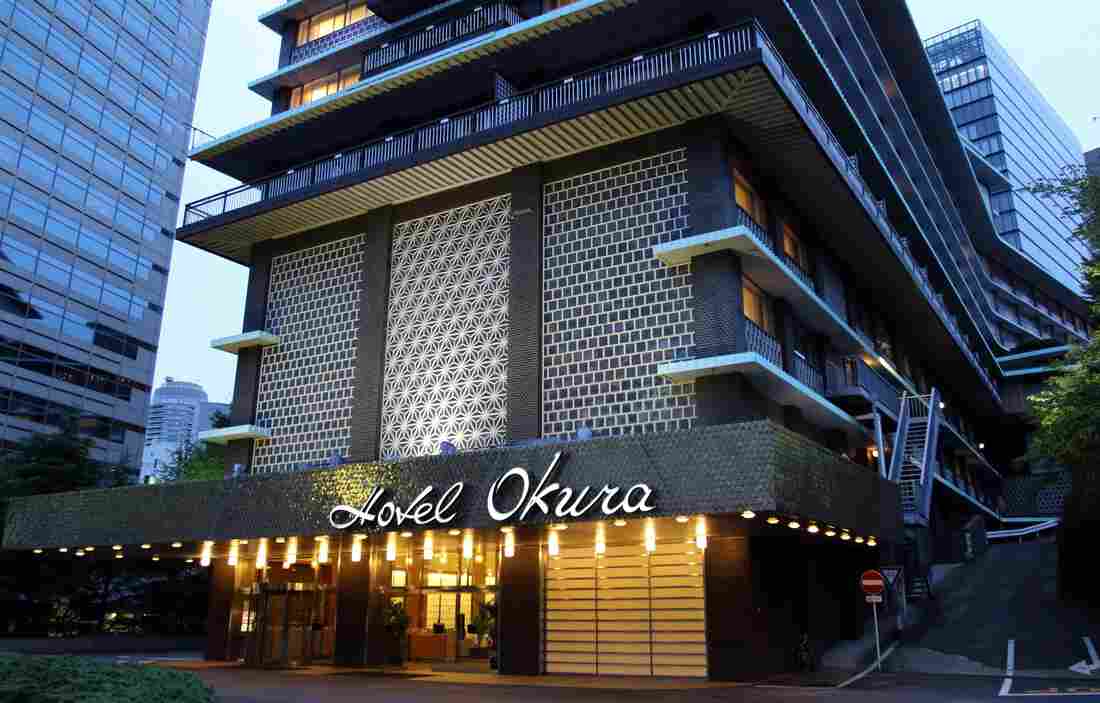 The entrance to the main building of Japan's iconic Hotel Okura in Tokyo. An outcry from architectural preservationists couldn't stop the demolition to make way for a high-rise tower. Yoshikazu Tsuno/AFP/Getty Images hide caption 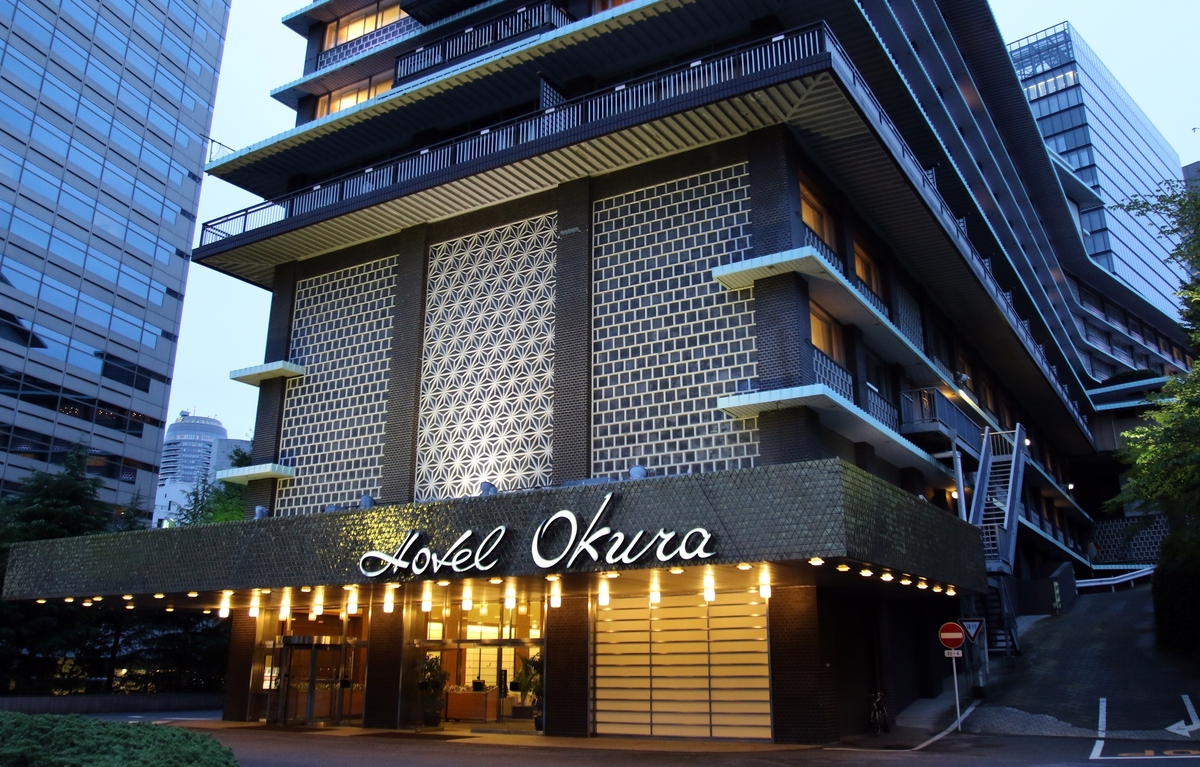 The entrance to the main building of Japan's iconic Hotel Okura in Tokyo. An outcry from architectural preservationists couldn't stop the demolition to make way for a high-rise tower.

In Tokyo, workers have started tearing down a Japanese landmark — the Hotel Okura. The Okura is a treasure of 1960s modernist design and has hosted every American president since Richard Nixon, Hollywood royalty and actual royalty.

"The service there is something very special. The lobby attendants, the women in their kimonos, the men in their tuxes," says former U.S. ambassador John Roos, who served in Japan during President Obama's first term. "It's a place that people from all over the world have come to stay and to admire." 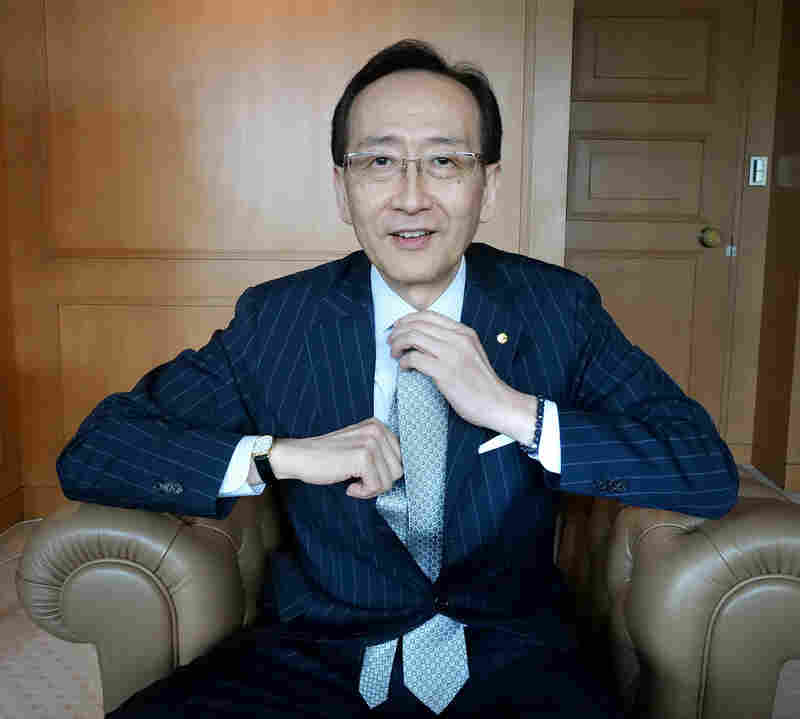 But it's the Japanese modernist design — evocative of a timeless cool — that led historical preservationists and architecture lovers around the world to try to keep the main building from undergoing demolition, which is now under way.

"I'm a little bit afraid, for the Japanese modernist architecture with the [2020 Summer] Olympic Games coming up," said Tomas Maier, the chief designer at Italian fashion house Bottega Veneta. He made a video as part of a campaign to try to keep the Okura's main building from being torn down. Maier wasn't alone. Guests from around the world shared memories of moments at the Okura and signed online petitions to try to keep the structure intact. Maier made his case in The Wall Street Journal:

"In Japan, the instinct to preserve modern architecture is not part of the society. We don't have the same problem with mid-century buildings as much in the United States. In the States, it would be like tearing down really important landmarks, such as the Marcel Breuer building that formerly housed the Whitney [Museum of American Art], or Philip Johnson's Glass House or Frank Lloyd Wright's [Solomon R.] Guggenheim [Museum]."

But these days only construction are workers allowed in Okura's main building, which is fenced off by barricades. With more rooms needed for the 2020 Games, simple economics fueled the decision to demolish and replace the building with two glass towers — one of them 41 floors.

"We hope guests will look forward to the new buildings with lots of expectation. I'm very sure it will be a luxury hotel that's distinct from other hotels in Japan," said Okura's general manager, Akira Nishimura.

The new, 550-room hotel will reopen in 2019, just in time for the Summer Olympics. The new incarnation will also be carefully designed, by the original architect's son.

"We'll be keeping our Japanese atmosphere and beauty," Nishimura says. 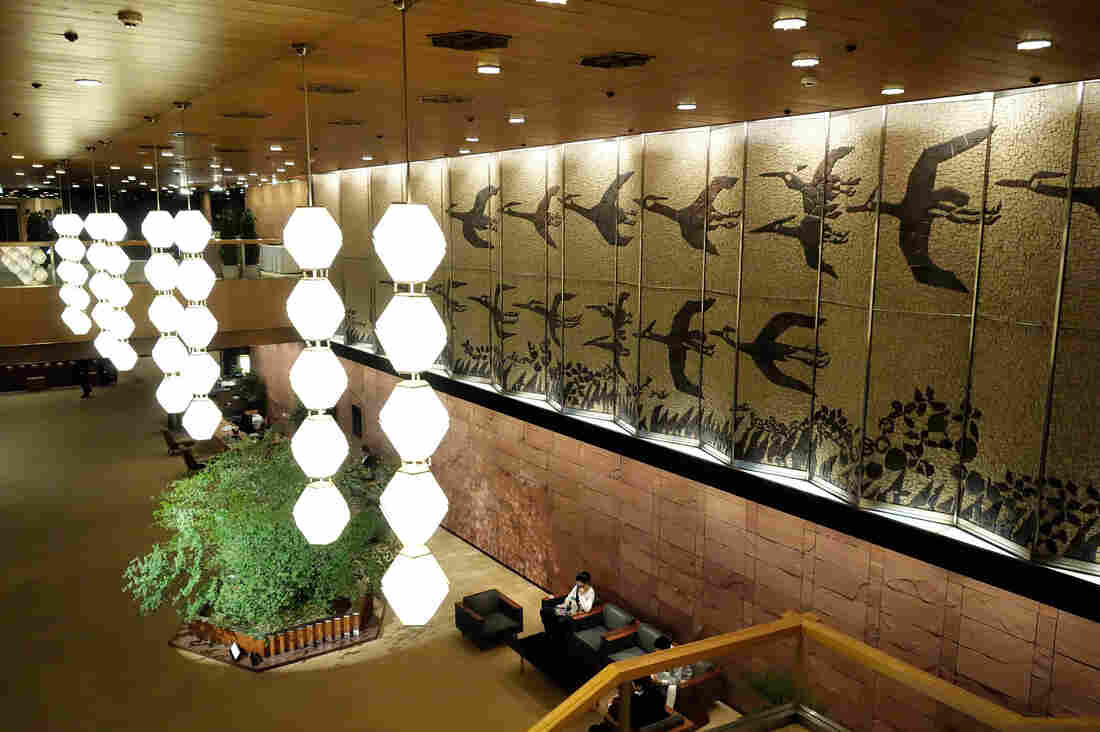 Hotel Okura's south building is remaining open during the renovation. The lobby, seen here, is similar to the main building in its mid-century modern design, but the south building is considered less architecturally significant overall. Elise Hu/NPR hide caption

The hotel also promises to maintain the quality of service. That — Ambassador Roos says — can't be easily demolished. And he remembers it well. When the ambassador left Japan, the Okura gave him a streetside sendoff.

"As we were driving out of the driveway, the entire staff of the Okura was out on the street, waving American flags, to say goodbye to the American ambassador," Roos recalls.

Now it's time for the hotel to go. And with it, a distinctive piece of Tokyo's design history goes with it.