Accessibility links
Korea's Most Famous Entertainer Is Now Its Most Infamous Landlord : Parallels Seoul artists are taking on the rapper PSY in a real estate rift pitting creative types against commercial interests. The man known for Gangnam Style "is not a good building owner," one artist says. 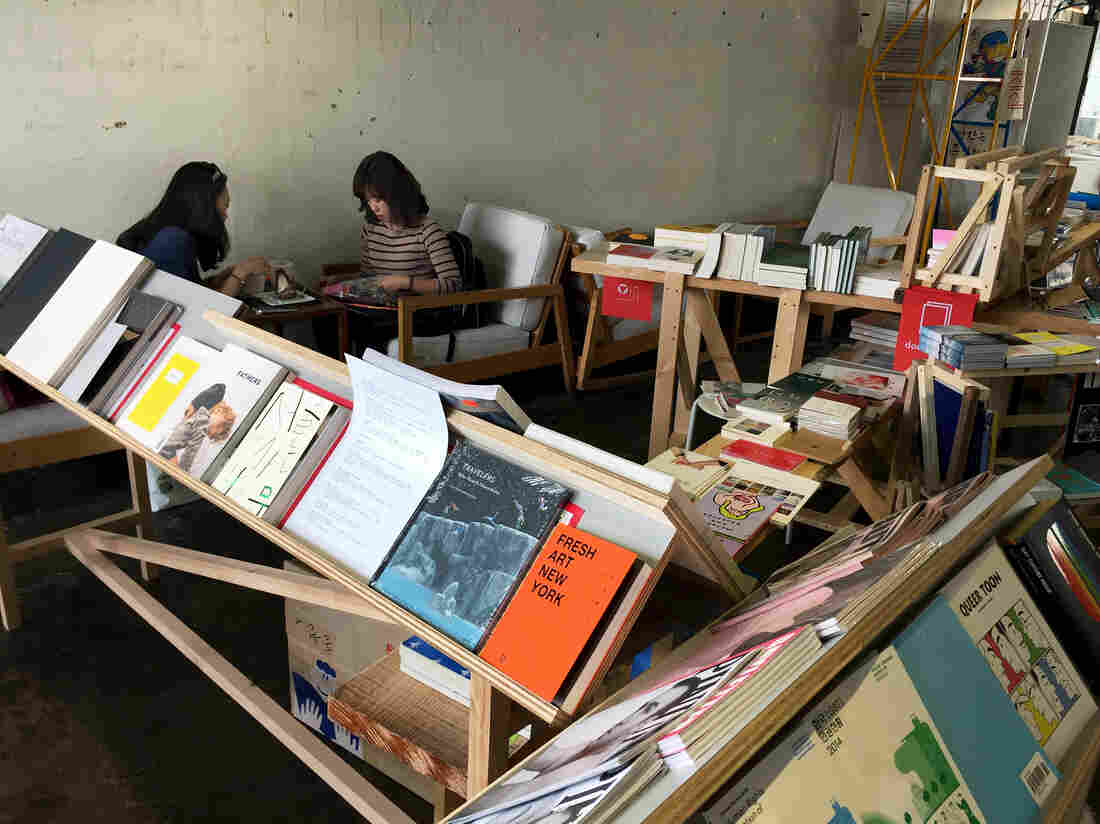 Seoul's Takeout Drawing cafe is at the heart of a property dispute between the artists who run it and rapper PSY, who owns the building it's in. Elise Hu/NPR hide caption 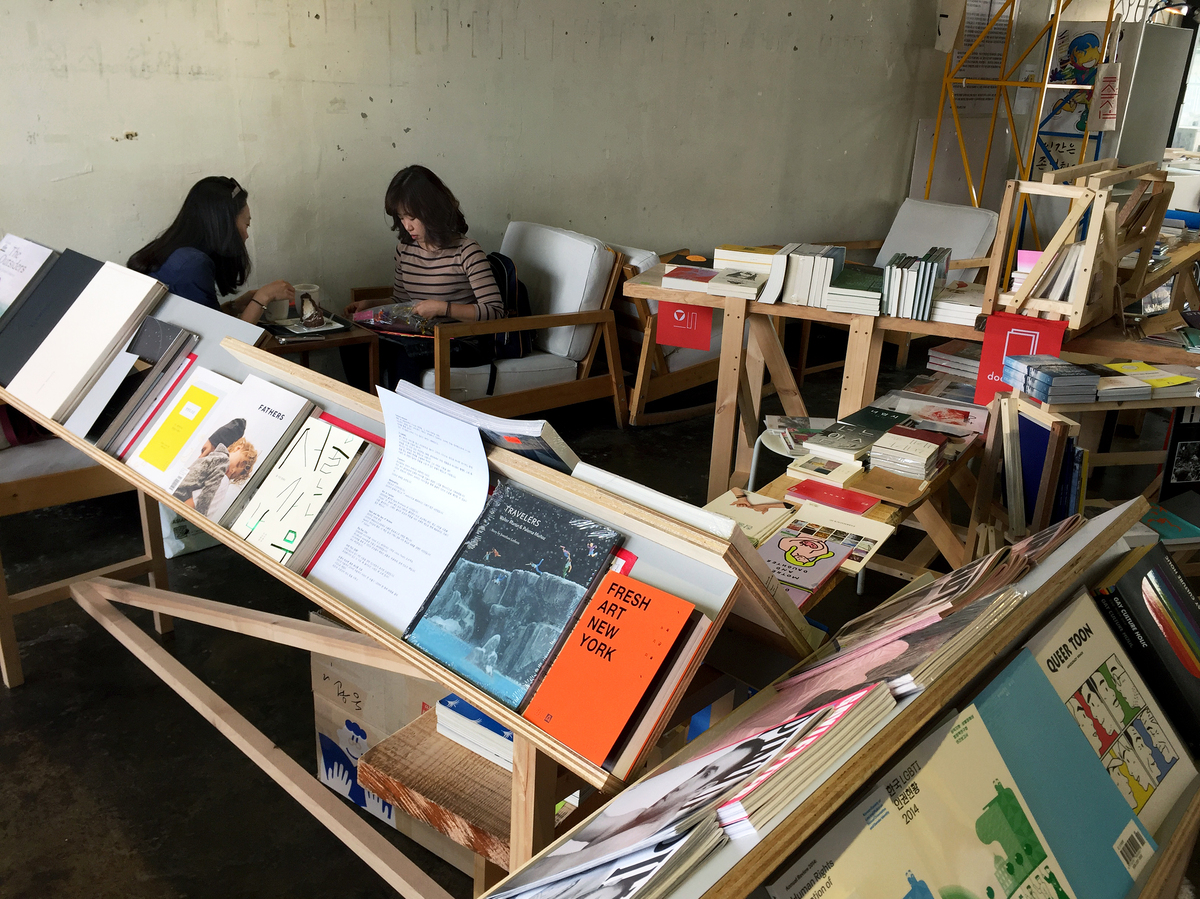 Seoul's Takeout Drawing cafe is at the heart of a property dispute between the artists who run it and rapper PSY, who owns the building it's in.

In the South Korean capital, an independent business owned by local artists is taking on Korea's arguably most famous celebrity — the entertainer and musician PSY. The real estate rift is representative of a fast-changing, modern Seoul, where skyrocketing rents in up-and-coming neighborhoods are forcing out longtime tenants and raising concerns about gentrification.

At issue is a cafe and artist residency in Seoul's Hannamdong neighborhood.

"The owner of the building is, as everyone knows, PSY. At least to me, he's not a good building owner," says Choi Soyeon. That's because he's trying to evict her business from its longtime building. She and two other artists founded the airy, open space called Takeout Drawing, which she describes as a cultural space and an art gallery, nearly 10 years ago. In those 10 years, the building has changed owners at least twice, and the current owner is PSY. According to his attorney, PSY wants to renovate the building once the cafe moves out. 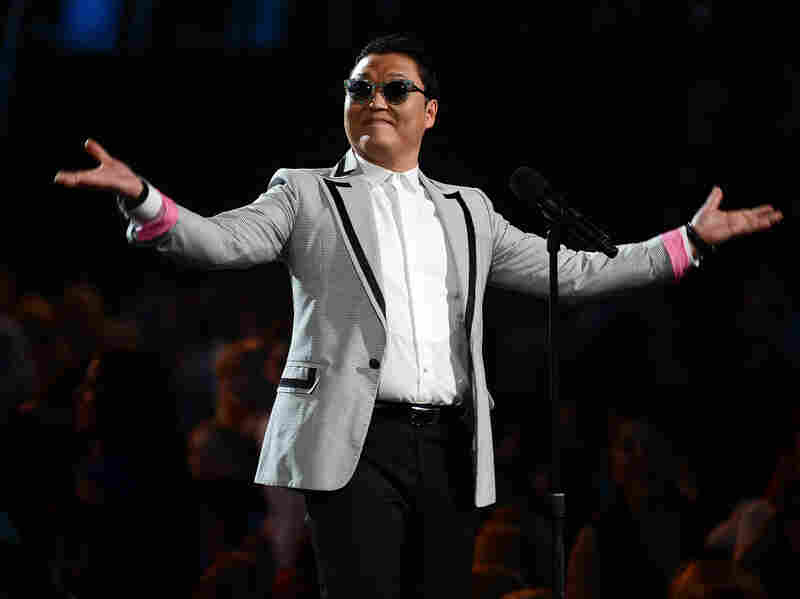 Rapper PSY owns real estate in Seoul, including a property at the center of a legal dispute. Ethan Miller/Getty Images hide caption 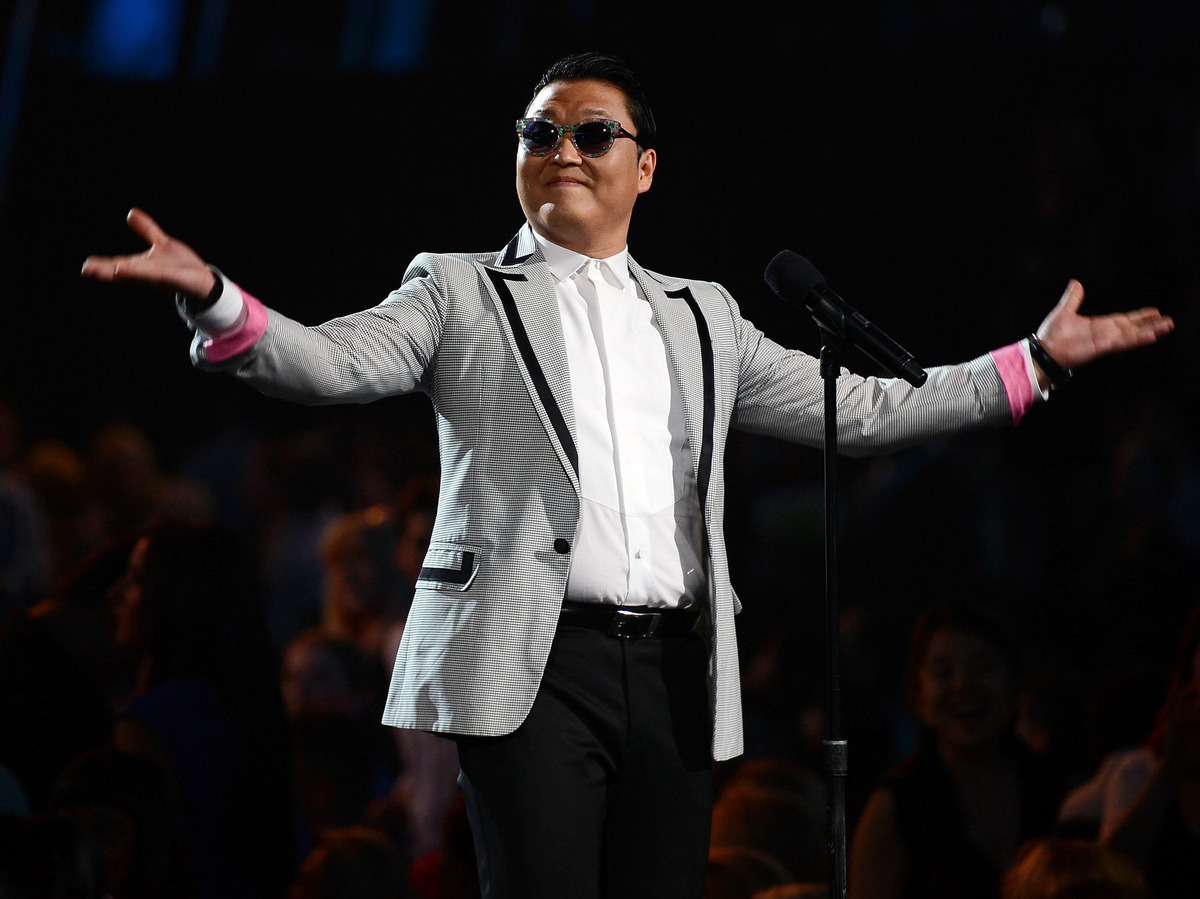 Rapper PSY owns real estate in Seoul, including a property at the center of a legal dispute.

Inside, you can find a coffee bar and some seating lining the perimeter. Stretching across the center of the space is an exhibition — right now, it's rare books from dozens of different Korean publishers splayed out on custom shelves. It looks quite different from, say, a Starbucks.

"I like Starbucks, too, but it would be good to have different types of cafes, some that manage the space like ours," Choi says.

The topic of a mass-market coffee chain comes up because Choi claims her landlord wants Takeout Drawing to go so he can put in franchise businesses instead.

Gangnam Style: Three Reasons K-Pop Is Taking Over The World

But if you ask PSY's lawyer, K.S. Chong, the case is quite simple. He says it's PSY's building and he can do with it what he wants, and that the artists are refusing to leave — even though they agreed with the previous building owner that they'd move out by 2013.

"PSY wanted them to leave very peacefully," Chong says. "He offered some money to compensate for their moving. But they denied. He was very, very frustrated."

The tussle over Takeout Drawing has turned to the courts, and turned ugly. The artists staged rallies to save their space. PSY's attorney filed a defamation suit against the artists for what he calls libelous online posts. And now the artists have counter-sued on the property question, citing their tenants rights to try to stay.

They say they're trying to make a bigger point about creative types getting priced out or pushed out across the city.

"We thought it was necessary to confront this issue and face it," Choi says. "Even if we move away, this is something that can happen again and again."

What she's talking about, of course, is gentrification. Walking around Takeout Drawing's neighborhood, realtor Leo Song details the change by the numbers. A shabby storefront now commands about three times the rent it did three years ago.

"New restaurants and cafes and clothes [stores] came into this area," Song says.

But for now, the neighborhood is still a lot more like an artists' enclave — quirky and quaint — than, say, the gaudier Seoul district called Gangnam, the neighborhood whose name made PSY internationally famous.

With struggles like Takeout Drawing's playing out across the city, the face of Seoul, like so many other places, is morphing into something else more upscale and homogeneous.

"Some people call this phenomenon the evaporation of culture," Choi says. "Gentrification replaces the independent businesses with wealthier franchises and this changes the characteristics of visitors. But culture diminishes, and businesses increase."

The culture vs. commerce questions continue, but this particular standoff will soon come to an end. A judge is set to make a final decision on Takeout Drawing's future on Nov. 3.