Accessibility links
As China Lifts One-Child Policy, Many Chinese Respond With Snark : Parallels China declared success and will now allow couples to have two kids. Many saw the program as outdated and say families in all urbanizing countries have fewer kids regardless of government diktats. 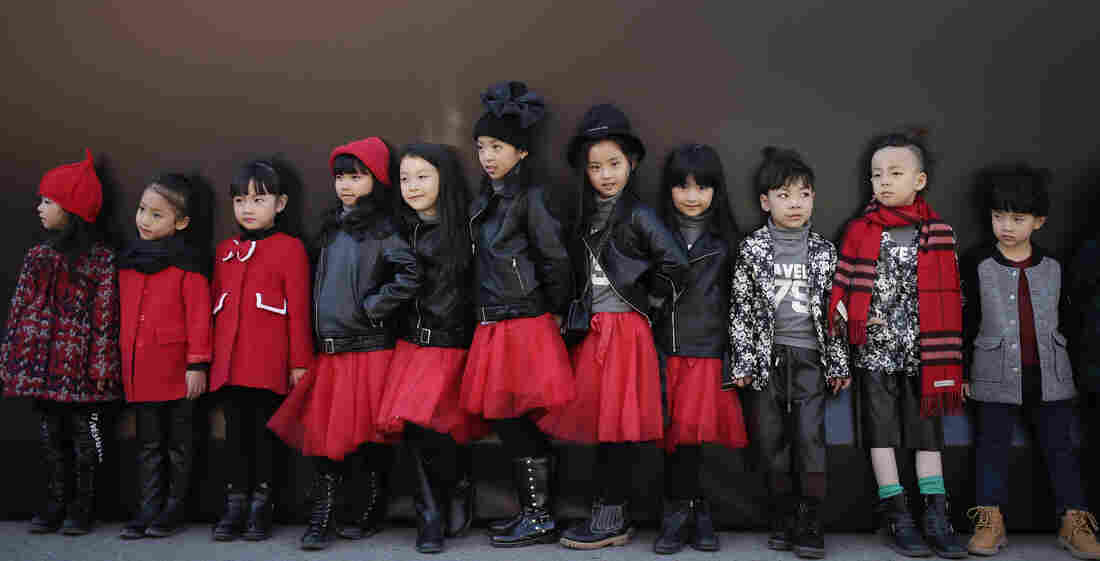 Models for children's wear wait for a show during China Fashion Week in Beijing on Thursday. China announced an end to the one-child policy for urban couples that had been place for more than three decades. Andy Wong/AP hide caption 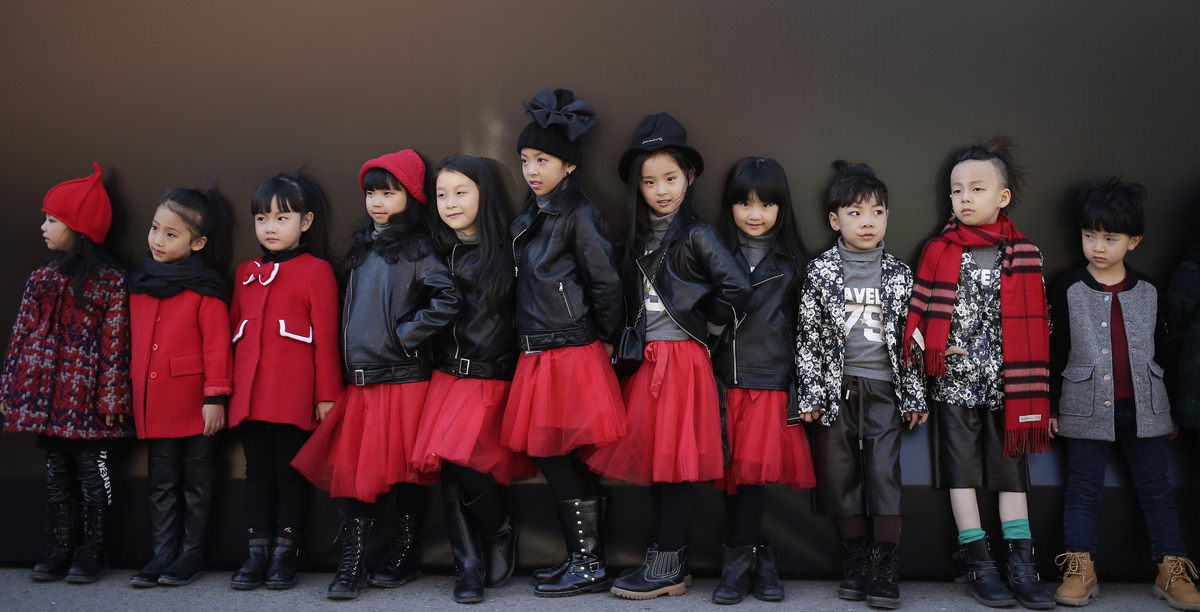 Models for children's wear wait for a show during China Fashion Week in Beijing on Thursday. China announced an end to the one-child policy for urban couples that had been place for more than three decades.

China's government had been suggesting for some time that it would lift a 35-year-old policy of restricting most urban families to one child. But the formal announcement on Thursday still seemed to mark a milestone.

The decision by the ruling Communist Party's Central Committee still needs to be approved by the country's Parliament before becoming national policy.

Many Chinese who want to have more children welcomed the announcement, as do the many who see the one-child policy as an anachronism as China's population ages and its labor pool shrinks.

But on the Internet, the announcement triggered a tsunami of snarky comments.

"Reward families with two children, fine those with one, and arrest all DINKs (double income, no kids)."

"If you refuse to have more children," warned another, "we will artificially inseminate your whole village!"

Wang Feng, a University of California, Irvine sociologist who studies China's population policies, says the sarcasm with which netizens regard the policy announcement is telling.

"I think the message people are sending out it is: 'Look, you guys, the policymakers, are so out of touch with the Chinese public.' "

Wang says it's a miracle such a controversial policy could stay in place for 35 years.

For centuries in China, not having any children was the ultimate insult to one's ancestors, and to the ethical order of Confucian society.

During the reform period, Chinese were taught that overpopulation was the root cause of China's backwardness and authoritarian politics.

This message was reinforced by the United Nations, World Bank and other Western proponents of population control in developing nations.

Wang says population control was part of the late leader Deng Xiaoping's plan to quadruple China's per capita GDP between 1980 and 2000.

At the same meeting where it announced the two-child policy yesterday, the Communist Party also announced a new economic plan for the next five years.

The Communist Party has declared the one-child policy a success. They say it brought the birth rate down, which in turn helped China get richer faster.

At a symposium in Beijing earlier this year, People's University sociologist Zhou Xiaozheng said that, in fact, birth rates go down anywhere income and education levels go up.

"What's it got to do with family planning?" he snapped. "To claim credit for what was really an act of nature is ignorant, impotent, inhumane, immoral and shameless," he fulminated, as the crowd of students applauded approvingly.

Many liberal Chinese now see government efforts to design family and social structures as sheer folly and hubris. Some are influenced by the writings of the late Austrian economist Friedrich Hayek, who called such government intervention "fatal conceit."

Nicholas Eberstadt, a demographer with the Washington, D.C.-based American Enterprise Institute, comments: "The idea that planners, with their limited individual knowledge, can be wiser than the collective wisdom one finds in cultures, or the spontaneous wisdom one finds generated by markets, is breathtaking arrogance."

"This most ambitious of all social policies ever undertaken," he adds, "can be expected to lead to the most massive unintended consequences of any social policy of all time."

The Communist Party emphasizes that family planning remains one of China's basic national policies, even if the limit for most families has been raised to two children.

But UC Irvine's Wang Feng says this is face-saving language the party issues as it retreats, and he is optimistic that the ultimate demise of population controls in China is just around the corner.