Accessibility links
As Taiwan Gears Up For Elections, China, As Always, Looms Large : Parallels A summit between leaders of China and Taiwan this Saturday will be the first in more than 60 years. It complicates Taiwan's already high-stakes presidential race. 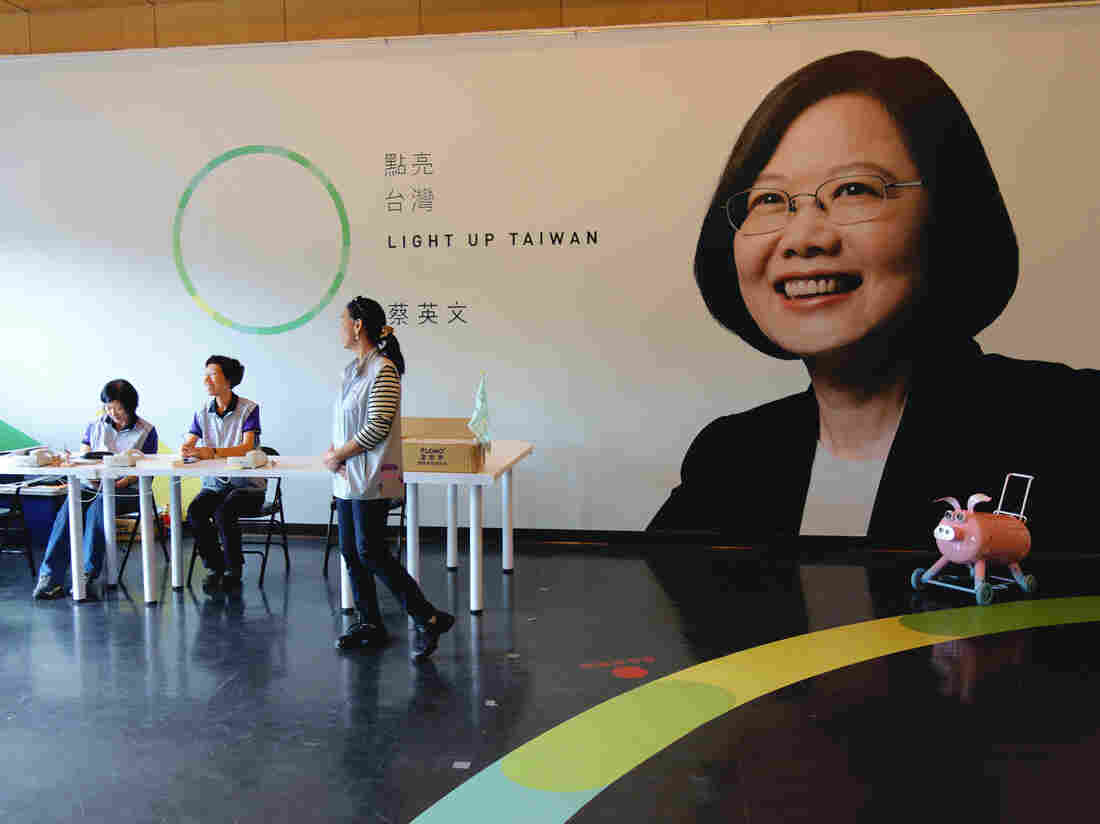 Taiwanese presidential front-runner Tsai Ing-wen's party has called for independence from China in the past. This time around, it's signaling pragmatism. Elise Hu/NPR hide caption 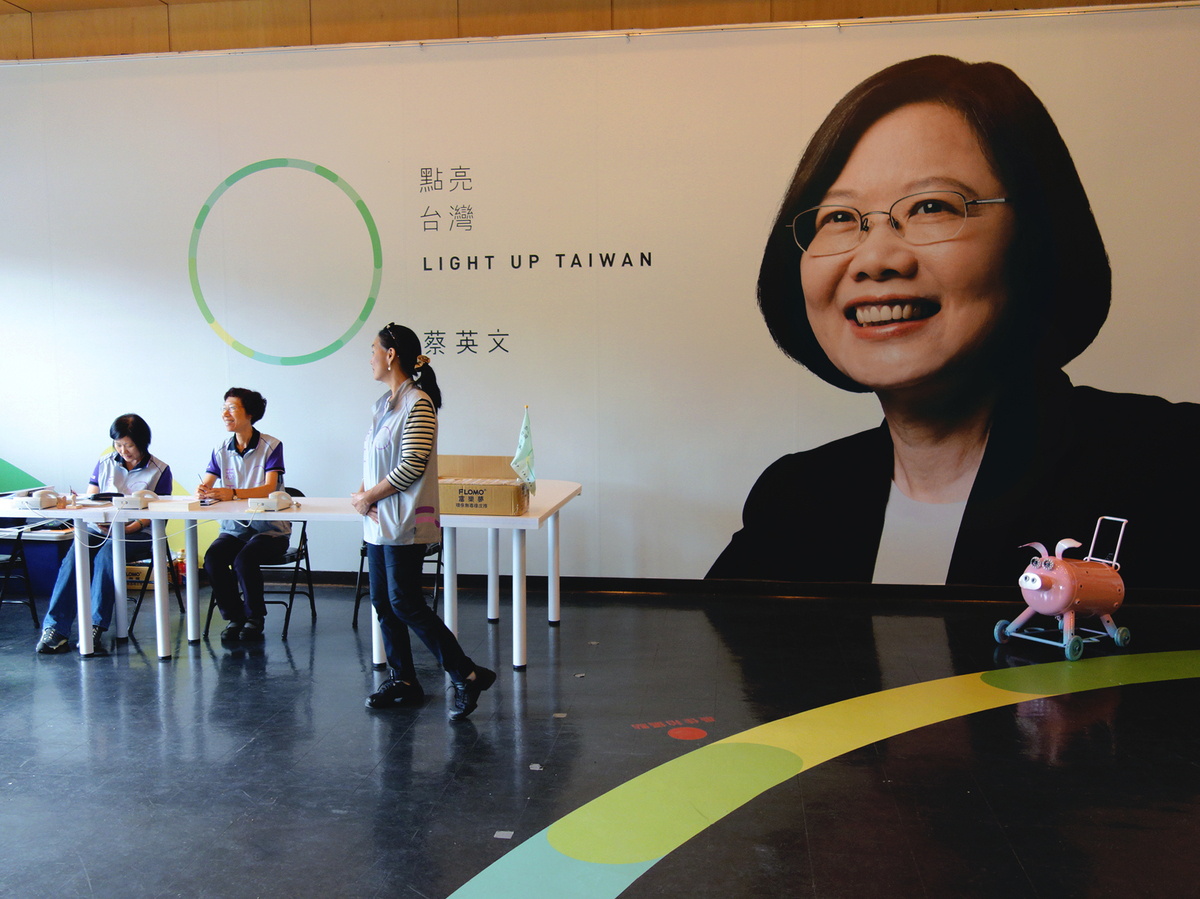 Taiwanese presidential front-runner Tsai Ing-wen's party has called for independence from China in the past. This time around, it's signaling pragmatism.

A historic meeting is happening this Saturday in Singapore between the two Chinas — that is, the leaders of China and Taiwan. They're meeting for the first time since 1949, when one side lost the Chinese civil war and fled to Taiwan.

On the streets of Taiwan's capital, Taipei, everyone speaks Chinese. And everyone looks Chinese — as 98 percent of the population is ethnically Chinese. But the experiences of those in Taiwan haven't been the same as China's for decades.

"Taiwan has for the last 20 years had a democracy, had five presidential elections," says Nathan Batto, a political scientist at Academia Sinica, a public research center in Taipei. "Nothing like that has happened in China."

Chinese, Taiwanese Leaders Will Meet For First Time In More Than 60 Years

Even though Taiwan walks like and talks like its own country — with its own military, foreign diplomacy and government services — the mainland People's Republic of China refuses to recognize it as anything more than a renegade province.

"Taiwan has the awkward position in the world of being a state that's not recognized as a state," Batto says — either by China or most other countries.

That awkward position is at the forefront as Taiwan heads into a January presidential election — its sixth since becoming a democracy.

At the headquarters for front-runner Tsai Ing-wen, the Democratic Progressive Party (DPP) nominee, volunteers staff a campaign store, supporters bounce in to bring donations in plastic piggy banks and they've decked a wall in Post-it messages for Tsai.

"If she is regarded as someone who is able to lead the country, that is a high symbol, that's a very good symbol of Taiwan's advancement," says Joseph Wu, Tsai's No. 2 and the DPP secretary.

It is the outgoing Kuomintang or Nationalist Party president, Ma Ying-Jeou, whose policies have arguably led to the current status quo with China. He has pushed for tighter ties with the mainland over the past seven years in the form of trade deals, lifting of travel bans and, as a capstone, this first-ever meeting with a Chinese president on Saturday.

But voters don't necessarily like Beijing's growing influence. It shows in the polls, where opposition candidate Tsai leads the president's party by double digits.

"As far as the Chinese government is concerned, the wrong person is very likely to win," says Shelley Rigger, author of Why Taiwan Matters and East Asian studies professor at North Carolina's Davidson College. "Their challenge now is to figure out what they want to do about that." 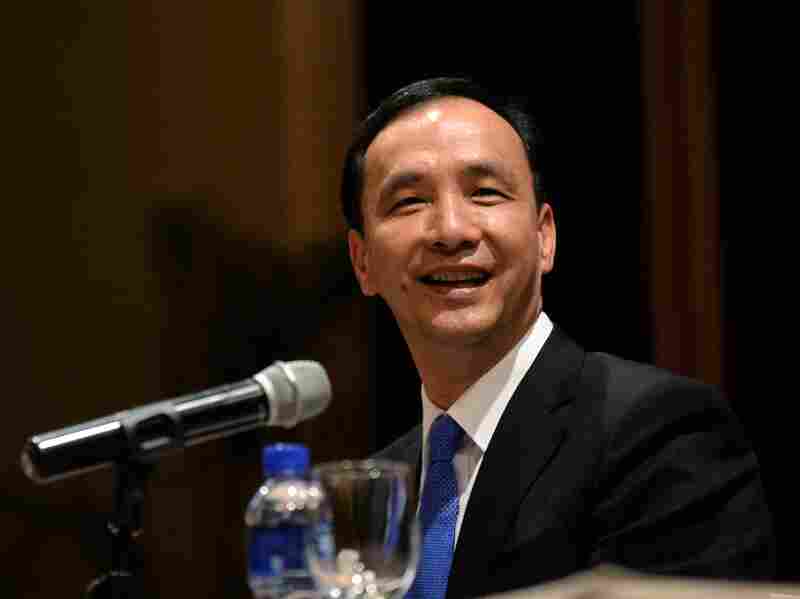 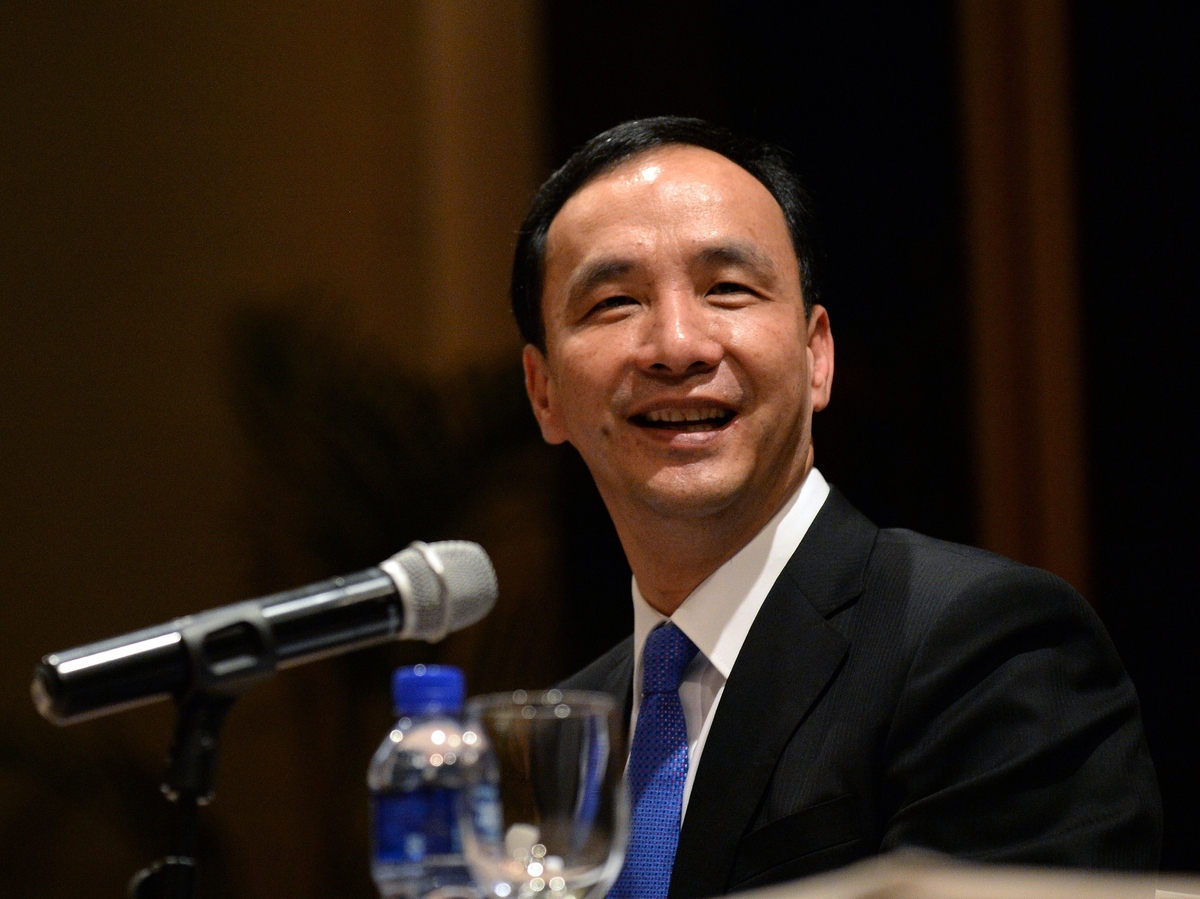 One of the ways China's leadership is doing that is by meeting President Ma this week — before the election. And what China could do after the election, if another party takes over, is now part of the Nationalist Kuomintang's message.

"When DPP was in power, the cross-strait relationship was not so stable," says Kuomintang presidential candidate Eric Chu, referring to years between 2000 and 2008 under a DPP president, when cross-strait ties were frayed. "President Ma's economic and political strategy for engaging China has been reasonable and very effective."

But in a sign of how nuanced politics are in Taipei, you can't have a strategy of getting too engaged with China, either. Chu only became the nominee after the party ousted its original pick — for signaling she was open to reunification.

"The question now that they are now really competing about and struggling over is how can we continue to have a reasonably amicable relationship with the mainland without being drawn into a reconciliation that goes beyond what we're really ready for," says Rigger.

For all the talk about China, in the end, it might be domestic issues that make the difference. Political observers say dissatisfaction with the ruling party has less to do with China and more to do with kitchen-table concerns like job opportunities. The opposition DPP says that's where it will focus its attention.

Of course, China won't let itself be ignored, either. Every politician in Taiwan knows that.

Fanny Liu contributed to this story. For a behind-the-scenes look at our reporting from Taiwan, check out Elise Goes East.