Accessibility links
Syrian Antiquities Chief Calls For Help From International Community : Parallels The head of Syria's antiquities agency was in Italy making an appeal for help to stop the destruction of his war-torn country's cultural heritage at the hands of Islamic militants. 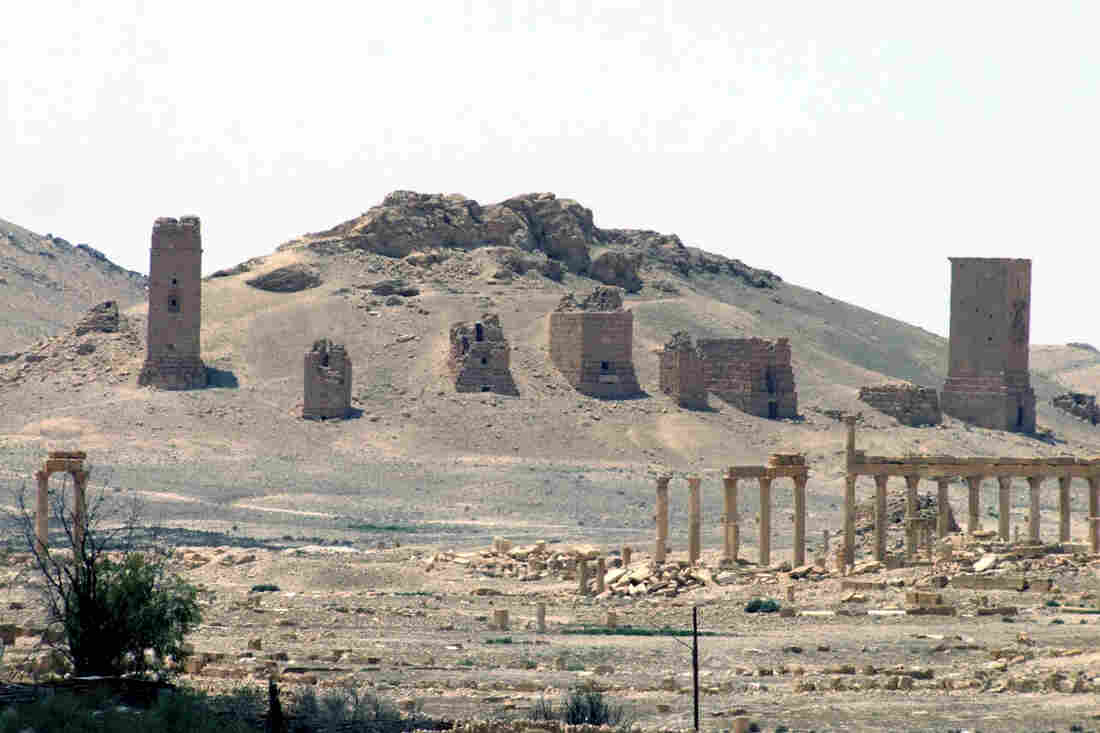 A photo of the ancient Roman city of Palmyra, Syria, released May 17, shows the site where Islamic State militants have destroyed a nearly 2,000-year-old arch and ancient temples. SANA/AP hide caption 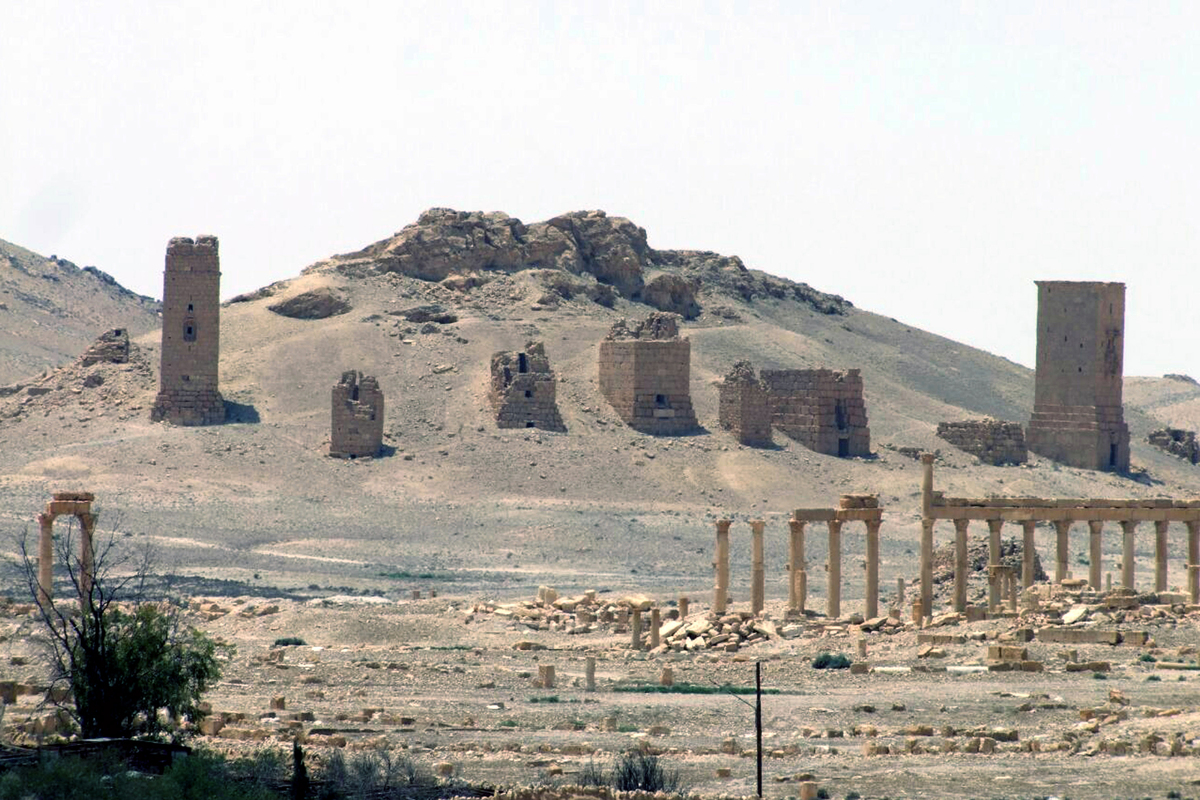 A photo of the ancient Roman city of Palmyra, Syria, released May 17, shows the site where Islamic State militants have destroyed a nearly 2,000-year-old arch and ancient temples.

On Thursday, Maamoun Abdulkarim came to address the Italian Parliament regarding the plight of Syria's 10,000 archaeological sites. Italy has been active in helping protect antiquities in conflict zones.

Abdulkarim, the head of Syria's antiquities agency, says that 99 percent of museum collections — some 300,000 museum pieces — have been salvaged, but civil war has still caused massive damage.

Speaking to reporters, he compared the ravaged city of Aleppo to Warsaw at the end of World War II.

"After the clashes it is looting, with the all the mafia coming from neighboring countries, it is another challenge for us how we can protect all the sites," he said.

Abdulkarim claims between 200 and 300 sites are now under ISIS control. The Islamic State has destroyed large quantities of artworks as idolatrous, and it's also trafficking many pieces on the global black market to raise funds.

Palmyra, a UNESCO World Heritage site with some of the best preserved antique artifacts, was overrun in May, where ISIS razed two ancient temples and a Roman-era triumphal arch.

"It is hostage, a hostage now — Palmyra, each 10 days we receive new bad news, new destruction," Abdulkarim said. "And they beheaded ... one of my best friends."

Archaeologist Khaled Asaad was Palmyra's custodian for 40 years. Maamoun Abdulkarim says he phoned Assad after Palmyra was overrun by ISIS and begged him to leave.

Unfortunately, he says Assad refused, saying that after reaching the age of 82, he had nothing to fear.

The archaeologist was detained for weeks but refused to reveal the location of ancient artifacts he had hidden. In August, he was killed, and his murder triggered worldwide condemnation.

"The international community can push neighboring counties to close the borders, to control the [the black market]," Maamoun Abdulkarim says. "Do not give the mafia the facility to come into Syria."

A country's cultural heritage belongs to everyone, Abdulkarim says, and it's the responsibility of all countries to safeguard it for posterity.

"Today it is Syria, Iraq — tomorrow we don't know where," he says.

The destruction of Syrian antiquities prompted the Italian government to propose a United Nations-led mission of peacekeepers to protect World Heritage sites from attacks by Islamic militants.

The effort resembles a contemporary version of the Monuments Men who, in World War II, helped track down artwork stolen by the Nazis.