Accessibility links
By The Numbers: The Paris Attacks And ISIS : Parallels A look at some of the key figures related to the terror attacks in Paris and the Islamic State.

By The Numbers: The Paris Attacks And ISIS

By The Numbers: The Paris Attacks And ISIS 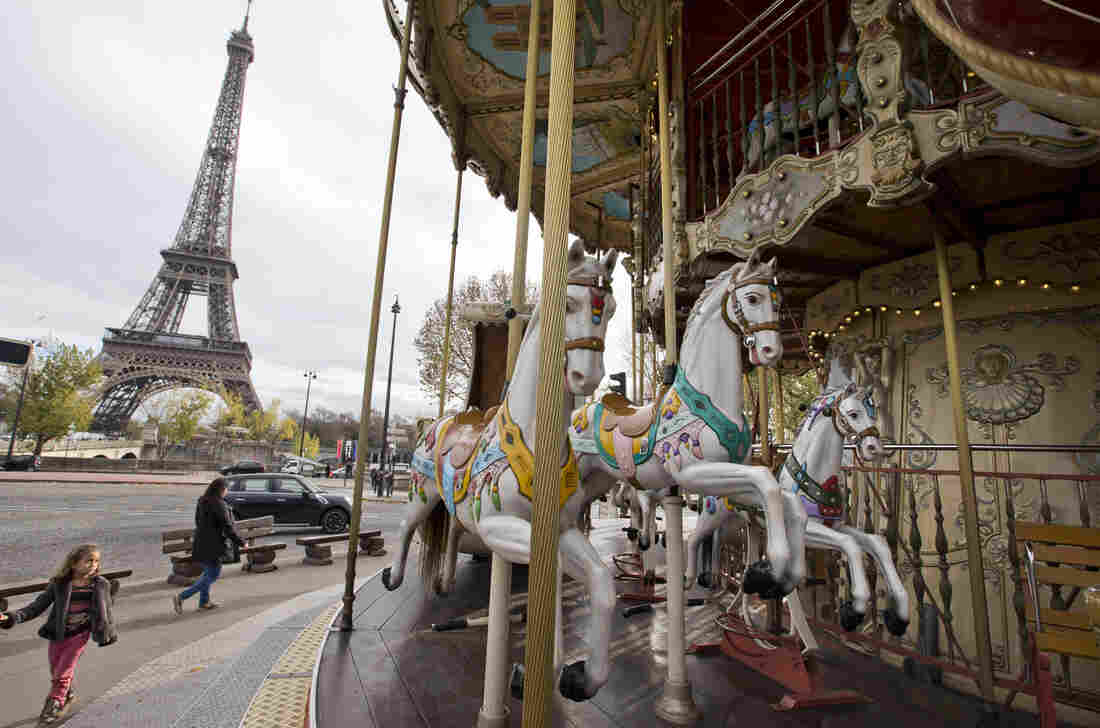 A child walks past an empty merry-go-round near the Eiffel Tower in Paris on Monday. Peter Dejong/AP hide caption 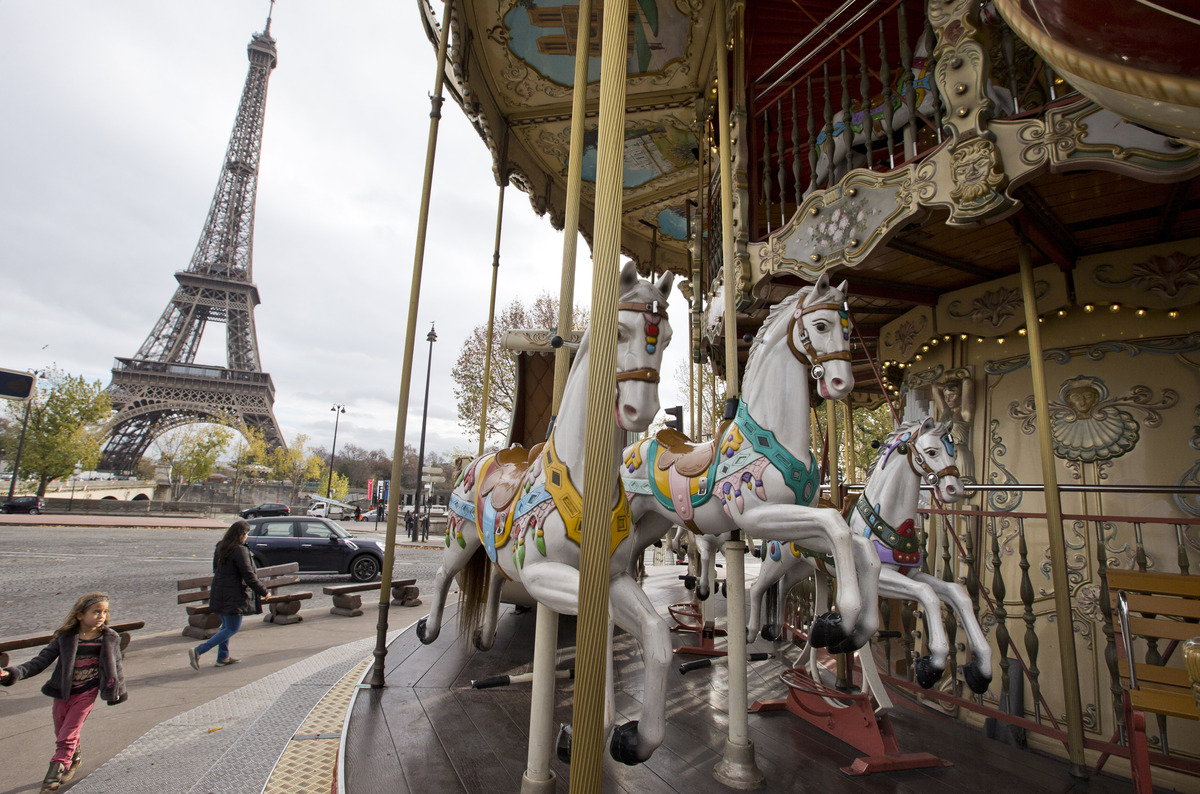 A child walks past an empty merry-go-round near the Eiffel Tower in Paris on Monday.

The Islamic State attacks in Paris last Friday added to the growing list of deadly attacks the extremist group has claimed outside its core territory of Syria and Iraq.

ISIS has been linked to dozens of attacks in multiple countries over the past year. Here's a look at some of the key figures in the Paris attack, as well as other numbers related to ISIS.

23: The number of suspects detained by French authorities in connection with the attacks. In addition, more than 100 people have been put under house arrest. French security officials believe the architect was Abdelhamid Abaaoud, who was born in Belgium to a Moroccan immigrant family and went to Syria to fight with ISIS. He remains at large.

397: The number of people killed in three major attacks claimed by the Islamic State since Oct. 31. The group says that it blew up a Russian plane over Egypt, which took 224 lives, and that it carried out a pair of suicide bombings in Beirut last Thursday, leaving 44 dead. The assault in Paris has killed 129.

Nearly 100: The number of actual ISIS attacks or suspected plots that were broken up by authorities since September of last year. All took place outside the group's core area in Iraq and Syria. Several were in the U.S., though the only deaths involved ISIS suspects killed by police in Boston, Dallas and New York.

25: The percent of territory the Islamic State has lost since its series of major victories in the summer of 2014. The figure is an estimate by William McCants, a Middle East analyst at the Brookings Institution and author of The ISIS Apocalypse. The group still holds large parts of eastern Syria and western Iraq, but has lost towns in both countries. ISIS still maintains full control of the largest, most important cities it holds — Raqqa, its de facto headquarters in Syria, and Mosul, the second largest city in Iraq.

8,000: The number of airstrikes the U.S. and its allies have carried out against ISIS since launching the campaign in August 2014. The U.S. has carried out the vast majority of the attacks, well over 90 percent, but France and several Arab countries have also contributed. Russia is carrying out its own strikes, but most of those have been directed at moderate rebel groups fighting the Syrian government and not ISIS.

Up To 32,000: The estimated number of ISIS fighters. This is real guesswork, but the director for National Intelligence, James Clapper, said in February that the group had "somewhere in the range between 20,000 and 32,000 fighters" in Iraq and Syria. Thousands have come from other countries, including Tunisia, Saudi Arabia, Jordan and Morocco. The New York Times, citing intelligence officials, reported in September that up to 30,000 foreign fighters have gone to join ISIS. It did not give a figure for home-grown ISIS members.