Accessibility links
French Parents Try To Explain The Inexplicable To Their Kids : Parallels French kids are asking about the attacks, and parents and teachers are trying their best to guide them through events that have rattled the entire country. 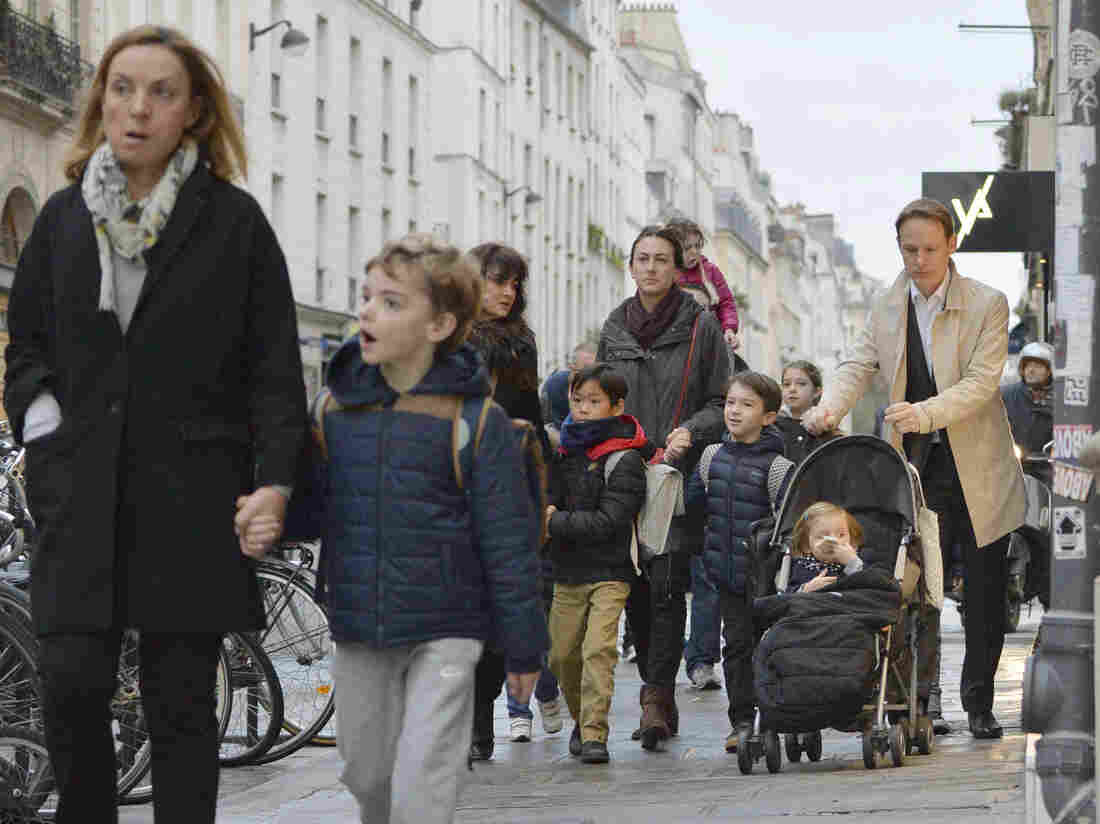 Parents walk their children to school on Monday near one of the venues attacked in Paris. Kyodo /Landov hide caption 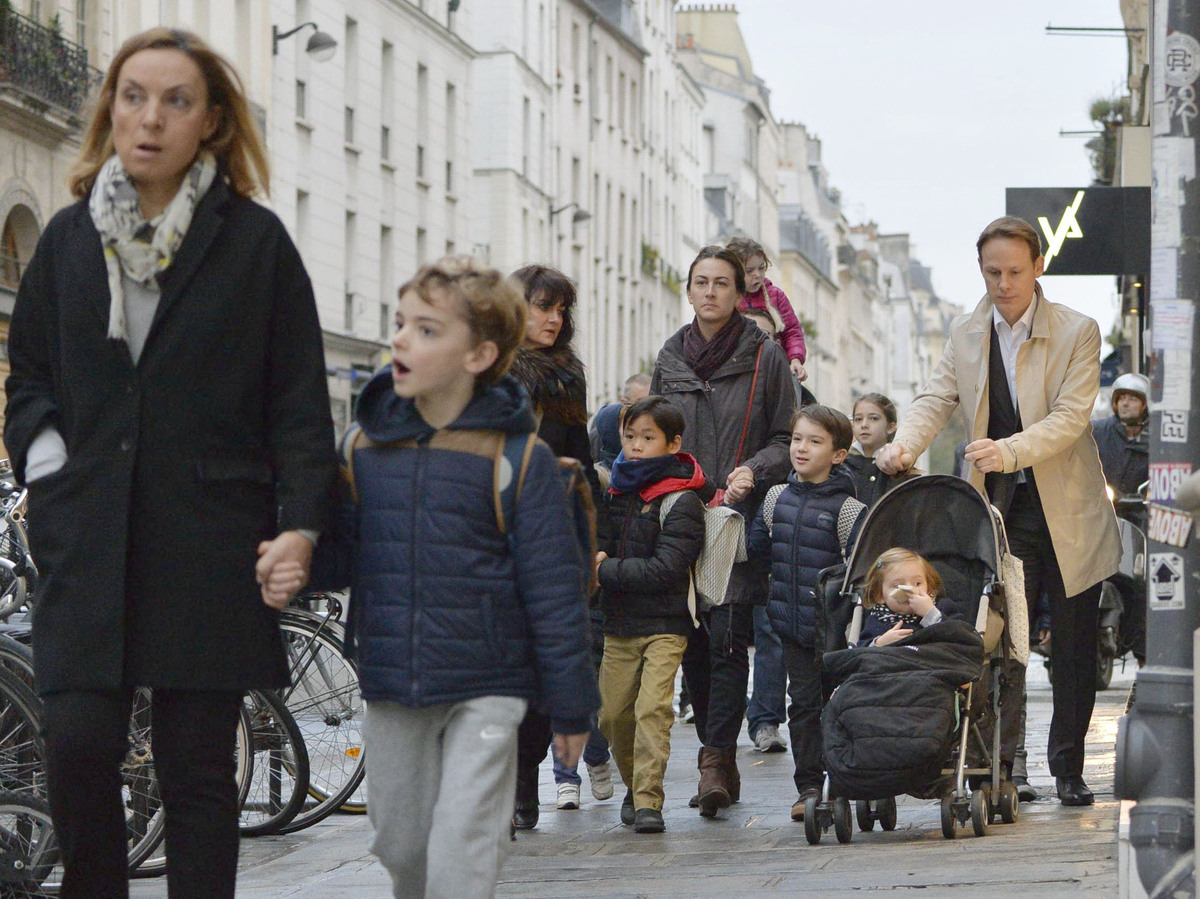 Parents walk their children to school on Monday near one of the venues attacked in Paris.

Parents waited outside a primary school in Paris' 15th arrondissement, not so far from some of the places attacked last Friday night. With constant news coverage of the killings and schools joining the minute of silence Monday, there's no way to hide what has happened.

Laure Zang-Atangana came to the school, instead of the nanny, to pick up her 9-year-old daughter Anais.

"It was very hard Friday because she saw it on TV," Zang-Atangana said. "Her father and I try to reassure her. We explain that she's safe with us. But a very bad thing happened to this country."

Marlene Attal says it's very difficult to find the right words, especially with her youngest, who is 8.

"We try not to watch the TV in front of them. If anything, it's the radio that's on and we explain, we just explain to them with the words that the school sent us on how we should approach them," she said. "They basically say you have to explain to them that ... not all humanity is that bad, it's only a small group of people that mean harm."

The French education minister urged teachers to remain strong in front of students. A leaflet put out by a children's book publisher has been endorsed by the French government. It gives advice on how to talk to kids about the violence. It includes cartoons such as a crying Eiffel Tower holding hands with children.

Djemaa Benamor, a sixth-grade art teacher in the south of France, said the entire country has been dramatically affected.

"Many students are confusing this with religion and it's important to establish that this has nothing to do with that," Benamor said. "These are fanatics. There is no religious text that says go kill innocent people at a café."

But Benamor says she can't deny the danger is there. So she's starting an art project around Picasso's painting Guernica, which deals with the Nazi bombing of a Spanish town, and his Dove of Peace, to help the children express their feelings.

France has been touched by a TV interview of a 3-year-old boy with his father at the huge display of flowers and candles outside the concert hall that was attacked Friday.

The attackers, the boy says, were "really, really mean. Bad guys are not very nice."

Pausing, the boy says, "We have to be really careful because we have to change houses."

"The flowers and the candles are here to protect us?" the boys asks.