Accessibility links
There's An Asian Refugee Crisis, Too, And Obama Plans To Spotlight It : Parallels As Europe grapples with its refugee crisis, another one is playing out in Southeast Asia. It involves ethnic Rohingya, the largest group of stateless people on the planet. 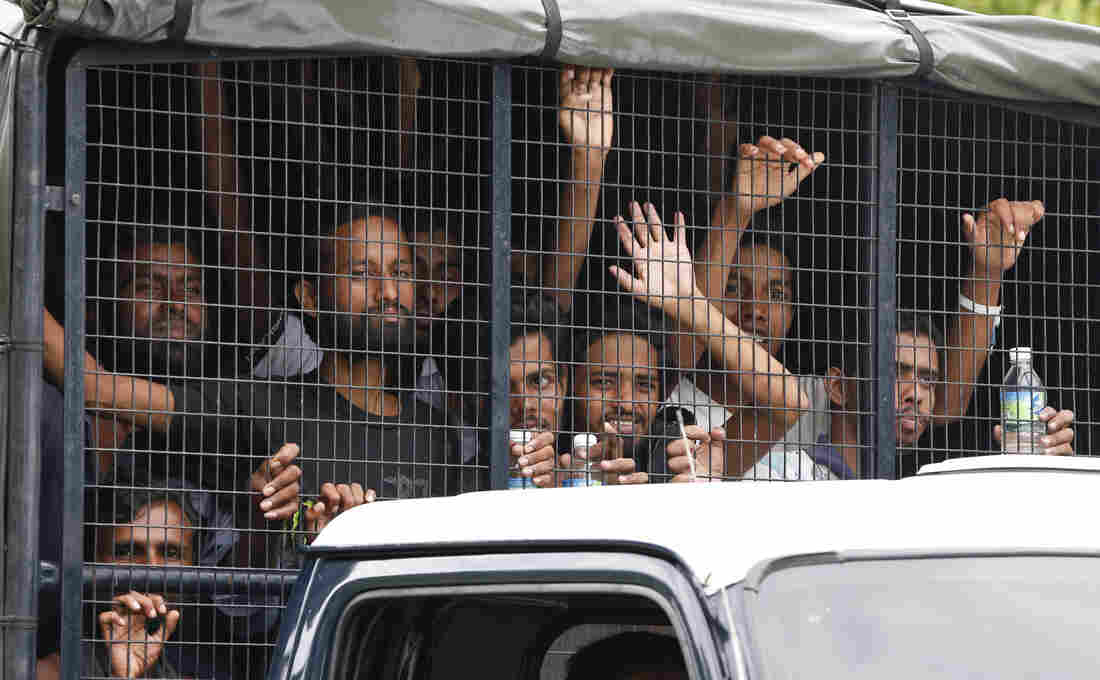 Rohingya migrants ride on a truck as they are transferred from a detention facility to a naval base on Langkawi Island, Malaysia, in May. Many Rohingya migrants have fled Myanmar in the past year, seeking sanctuary elsewhere in southeast Asia. President Obama is scheduled to meet with migrants Saturday in Malaysia. Vincent Thian/AP hide caption 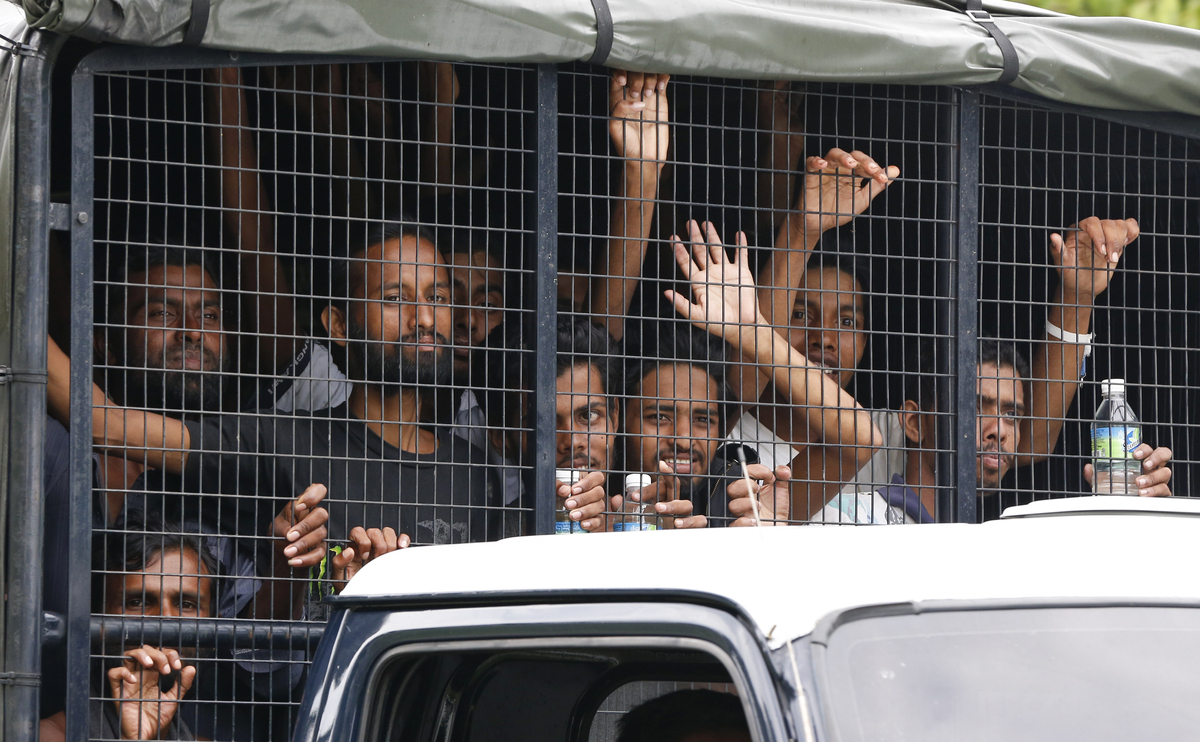 Rohingya migrants ride on a truck as they are transferred from a detention facility to a naval base on Langkawi Island, Malaysia, in May. Many Rohingya migrants have fled Myanmar in the past year, seeking sanctuary elsewhere in southeast Asia. President Obama is scheduled to meet with migrants Saturday in Malaysia.

As Europe grapples with its refugee crisis, another one has been unfolding in Southeast Asia. That's where members of a stateless minority called the Rohingya have been taking dangerous journeys by sea in pursuit of a better life. As President Barack Obama swings through Malaysia this weekend, he's putting a spotlight on them.

"I have no passport, I have no citizenship," 28-year old Mohammed Rayas tells us, when we meet him in a rundown office in Kuala Lumpur. He's an ethnic Rohingya, born in Myanmar. Even though Myanmar is home for generations of his family and his people, Rayas isn't afforded basic rights.

Barricaded In, Myanmar's Rohingya Struggle To Survive In Ghettos And Camps

The majority Buddhist government denies the one million Muslim Rohingya in Myanmar rights to citizenship, education, work and marriage. Many Rohingya are sent to squalid, crowded internment camps where food is scarce and disease is common — but Rohingya are often turned away from hospitals, too.

It is no surprise then, that Mohammed and so many like him take their chances on the seas to flee discrimination and abuse. Mohammed wound up in Malaysia after first leaving Myanmar for neighboring Bangladesh.

"Bangladesh to Thailand by boat. On ocean 21 days," he explains. He then came from Thailand to Malaysia on foot.

A Refugee Crisis at Sea

This kind of journey is not unusual for Rohingya. Six months ago an estimated 10,000 Rohingya boarded rickety fishing boats to seek refuge in neighboring nations. But Malaysia, Indonesia and Thailand squabbled over letting them come ashore.

During the spring crisis, the neighboring countries eventually struck a deal to rescue the Rohingya. But now that the summer rainy season is over, the Rohingya who can afford it could try to sail again.

"We're trying to see what's going to happen and we're trying to figure out how we're going to have to operate to keep the governments...faithful to the idea of receiving these people and providing them with humanitarian assistance and support," Robertson says.

An Effort to Help in Kuala Lumpur

In Malaysia, one group providing support for Rohingya refugees — as well as the urban poor — is a not-for-profit called Dignity for Children.

"We look at them as people who can be given an opportunity, who can contribute back to society and influence their communities," said the Rev. Elisha Satvinder, founder of the organization.

Dignity for Children runs a school for more than 1,000 students and vocational training at its own coffee shop. It's fully staffed by the students.

"This is where they get trained. Back of house. Front of us. So it's a skill. And you know what? I think some of them are really good," Satvinder says.

The center caught the attention of the White House. President Obama will visit Dignity for Children on Saturday. For the administration, it's a chance to highlight the uncertain plight of refugees in Southeast Asia — and beyond.

"Lifting up that piece of work by Malaysia is not focused just on Malaysia or Asia, but rather speaks to the global responsibility that countries have to provide support for refugees," said Deputy National Security Adviser Ben Rhodes.

A reminder that refugee crises aren't limited to any one part of the world.

Chan Kok Leong contributed to this story. For a behind-the-scenes look at our reporting from East Asia, check out Elise Goes East.