Accessibility links
If Americans Move To Canada To Avoid Refugees, They May Get A Surprise : Parallels Some Americans unhappy with U.S. plans to welcome 10,000 Syrian refugees are threatening to move to Canada. Apparently they haven't noticed that Canada plans to take in 25,000 Syrians.

If Americans Move To Canada To Avoid Refugees, They May Get A Surprise

If Americans Move To Canada To Avoid Refugees, They May Get A Surprise 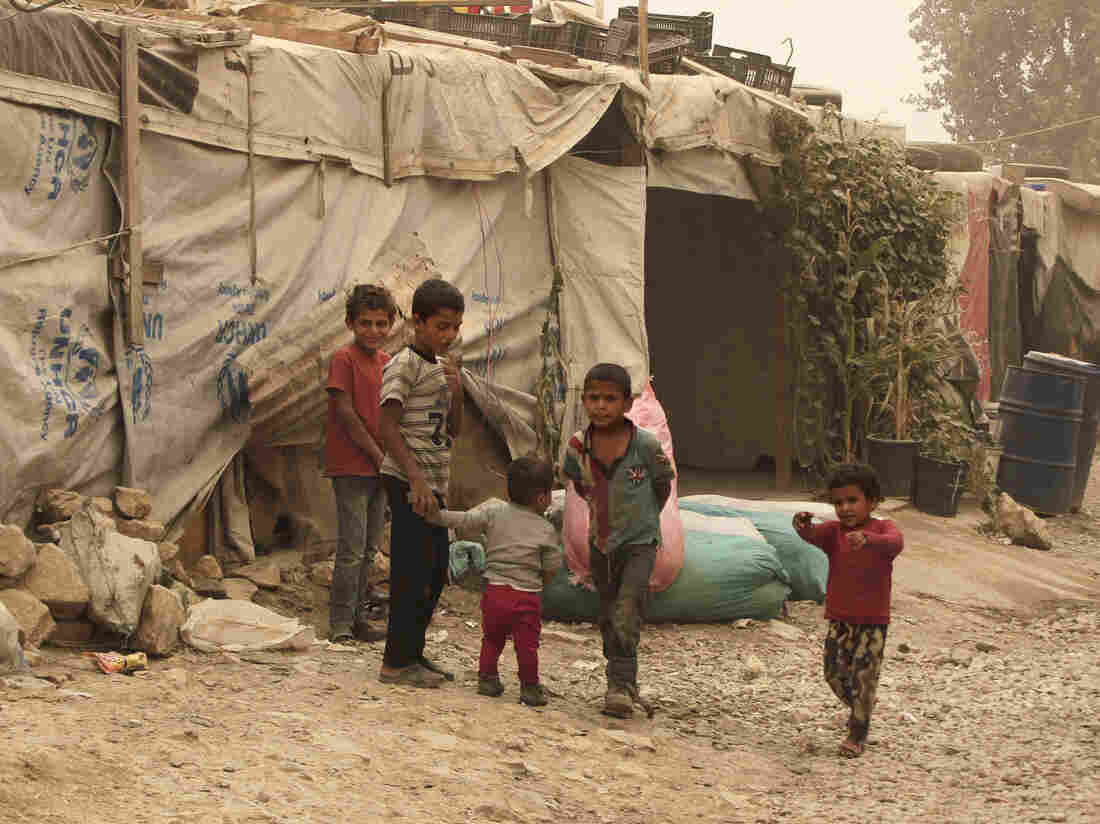 Canada has pledged to accept 25,000 Syrian refugees, likely including women, children and injured people who have been living in camps in Turkey, Lebanon and Jordan. Here, children stand outside their tents during a sandstorm, in a refugee camp in Lebanon's Bekaa Valley in September. Bilal Hussein/AP hide caption 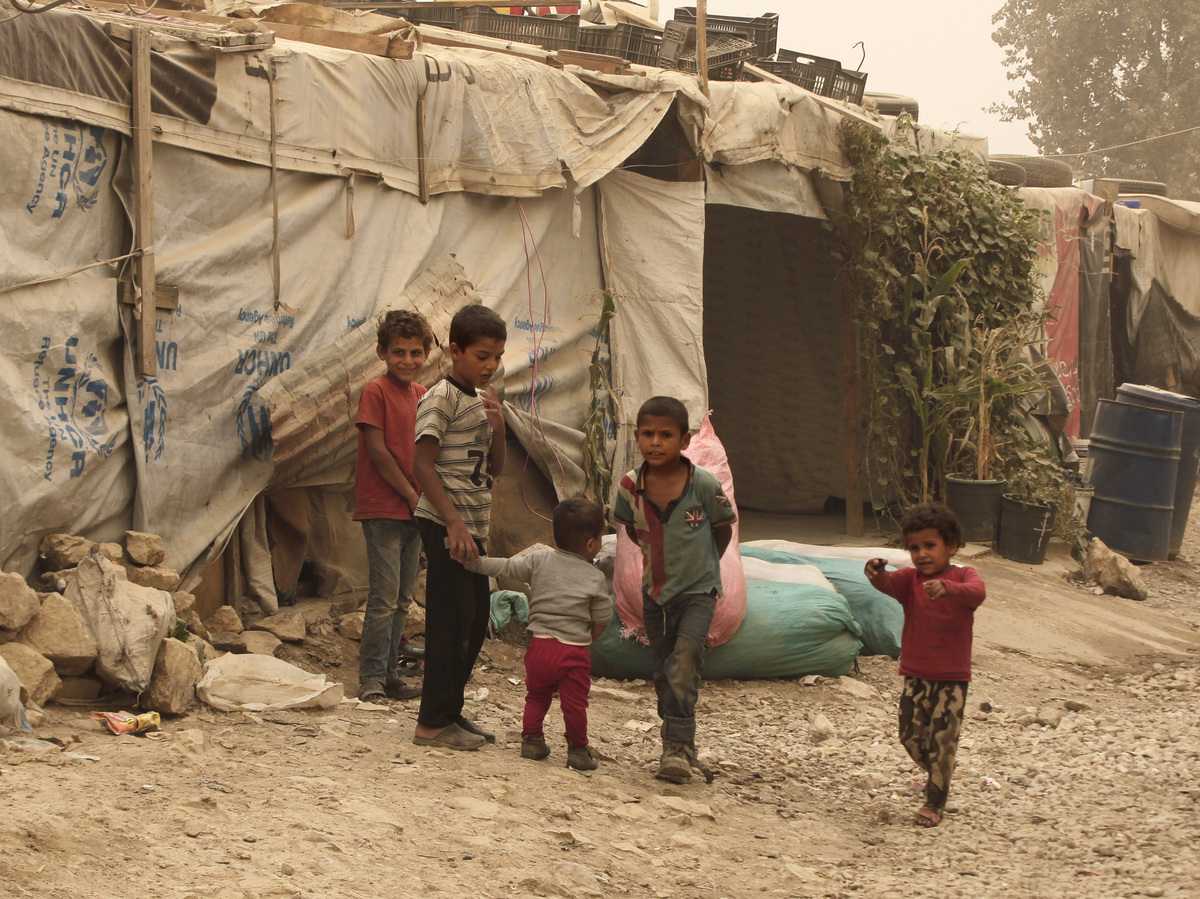 Canada has pledged to accept 25,000 Syrian refugees, likely including women, children and injured people who have been living in camps in Turkey, Lebanon and Jordan. Here, children stand outside their tents during a sandstorm, in a refugee camp in Lebanon's Bekaa Valley in September.

Some Americans have taken to Twitter and threatened to move to Canada if the U.S. welcomes Syrian refugees. Perhaps they haven't been paying attention to news north of the border.

Justin Trudeau's campaign pledge to resettle refugees in Canada helped sweep him into the prime minister's office last month. His new government is adamant it will go through with an ambitious plan to bring in 25,000 Syrian refugees before the end of the year — just six weeks away.

Meanwhile, the Obama administration has committed to allowing 10,000 Syrian refugees to enter the U.S. over the next year.

Last week's terrorist attacks in Paris have complicated the issue in both countries.

In the U.S., many Republicans in Congress and more than half of the country's governors have been calling for a pause in the refugee resettlement program since the attacks occurred. Despite a veto threat by President Obama, the House passed a bill Thursday making it tougher for Syrian and Iraqi refugees to enter the U.S.

Moving to Canada if Minnesota lets the refugees in.

The Paris attacks have had a similar impact on public opinion in Canada over the resettlement program, according to recent polls. There are increasing calls to bring the refugees in at a slower pace, to make sure there is no security risk.

Following the lead of the U.S. governors, Saskatchewan premier Brad Wall has called on Prime Minister Trudeau to suspend the plan entirely. Other provincial leaders may have reservations but are pushing ahead, trying to comply with the government's intentions. It's tricky, because the Canadian government has yet to announce when the first refugees will arrive, where they'll arrive and where they will live.

Unlike refugees streaming through Europe, those entering Canada will go through three security screenings: one by the United Nations High Commission for Refugees in the camps overseas, one by Canadian immigration and a third by Canada's intelligence agency.

The refugees are expected to include women, children and injured Syrians who have lived for several years in camps in Jordan, Lebanon and Turkey. They will likely be airlifted to Canada, and according to media reports, up to half of them will be placed initially at military bases across the country until housing can be found. They'll be given health care and some financial assistance.

At least that's what Canadians are expecting. They won't know for sure until the Canadian government announces its plans.

Military bases, communities and aid agencies across the country are scrambling to prepare as much as they can without knowing any details. In the meantime, the clock is ticking.

Local communities, church groups and aid agencies are helping to build support systems for the refugees. Peter Goodspeed, a volunteer with Lifeline Syria, says people are working at "full throttle" to raise money, find private housing and employment for the Syrians. He says Lifeline Syria is working with 370 groups, representing about 1,200 people, at the moment.

Brian Dyck of the Mennonite Central Committee, which is also helping to resettle Syrians, says Canada has some precedent for quickly bringing in refugees. In 1979, he notes, the country brought in 60,000 Vietnamese and other Southeast Asian refugees in just 18 months.

The government is expected to announce sometime in the next week how it plans to bring 25,000 Syrians to Canada in such a short time.

As for the Americans who hope to move to Canada, they'll find it's not so easy: The bar for legal immigration is high. And they certainly would not qualify for asylum.