Accessibility links
The French Are 'Charlie Hebdo': Reflecting On Life In Paris 1 Week Later : Parallels NPR's Robert Siegel first visited Paris 49 years ago. It's a city he loves. When terrorists hit last Friday, his first instinct was to get there. He reflects on life in Paris a week after the attacks. 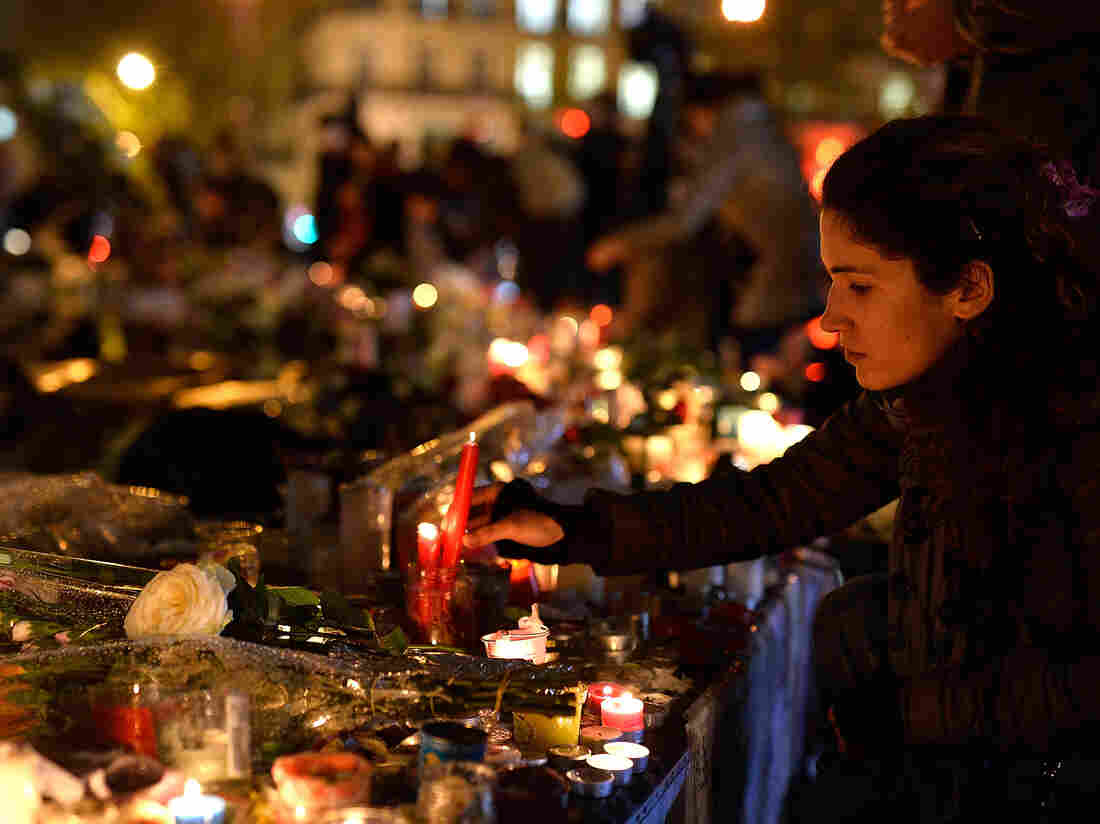 A woman lights a candle at the Place de la Republique in Paris on Friday, marking a week since the terrorist attacks. Pascal Le Segretain/Getty Images hide caption 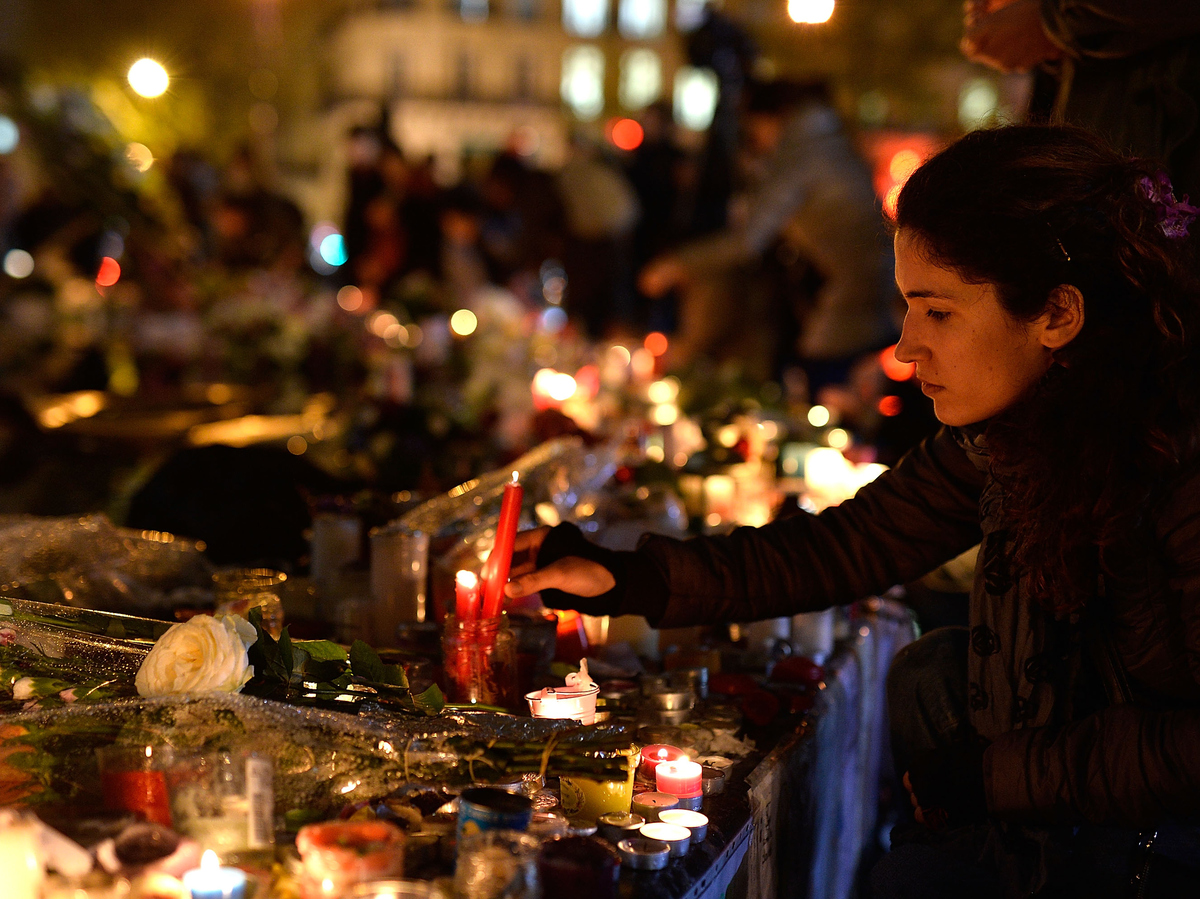 A woman lights a candle at the Place de la Republique in Paris on Friday, marking a week since the terrorist attacks.

Editor's Note: All Things Considered host Robert Siegel first visited Paris 49 years ago. He went to the city shortly after the terror attacks last week and reflects on how the city is coping.

There is no simple slogan this time. No Je suis Charlie or Je suis Ahmed.

There has been no rallying of French men and women by the millions to declare their solidarity.

And no arm-in-arm march of world leaders to this spot, the Place de la Republique.

Perhaps there will yet be some event echoing those displays of fraternité we saw in January, when another set of killers chose their targets from among minorities here: cartoonists at a provocative weekly; Jews at a kosher grocery.

A declaration of solidarity made sense then.

It was the defiant response to an attack at the fissures of French society, the cracks between those who stand out and the masses who blend in. 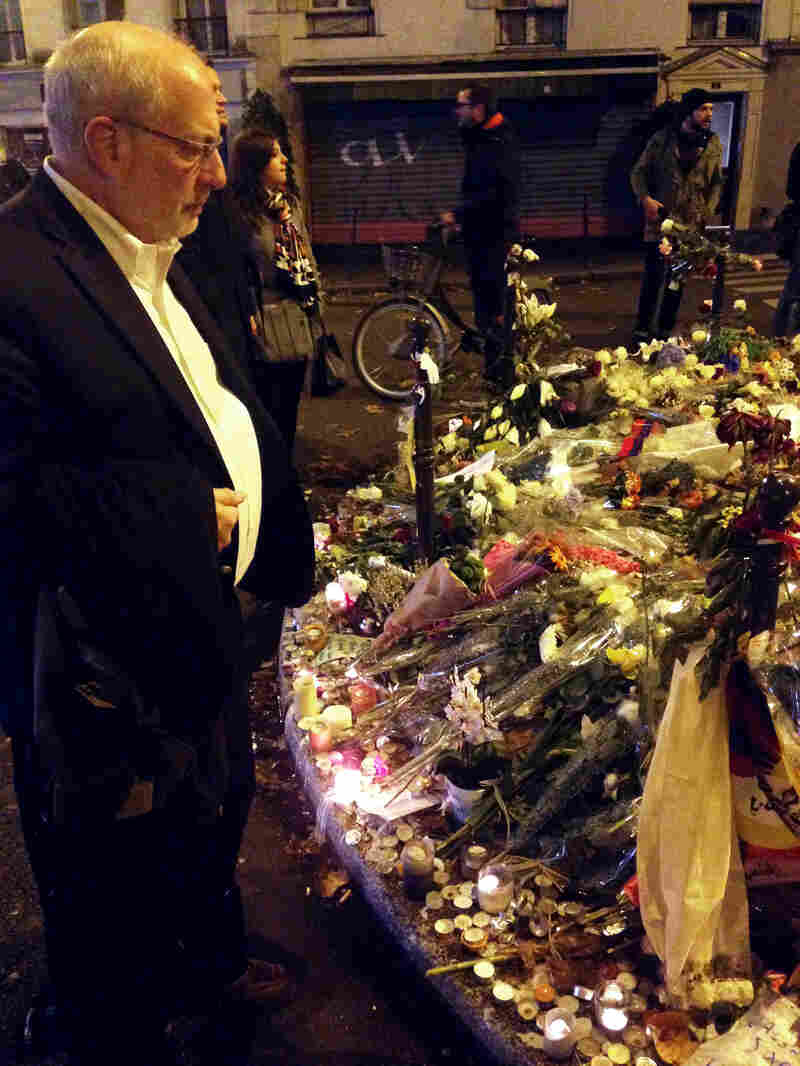 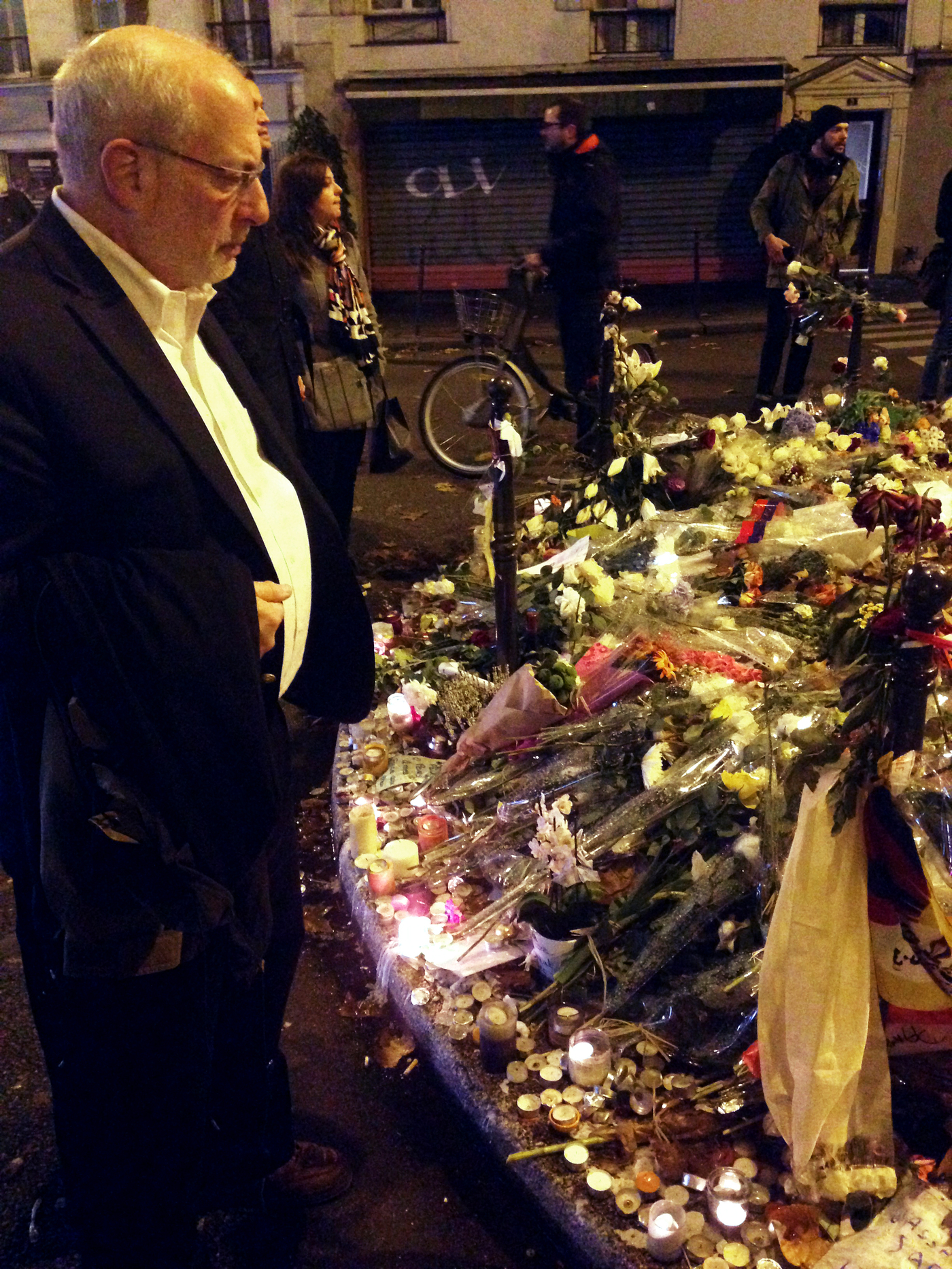 This time, such a declaration hardly seems necessary.

The Parisians who were targeted last Friday did not court controversy by publishing anyone's blasphemies.

All they did was go to a rock concert, a soccer match, a Cambodian restaurant, a neighborhood bistro.

What was under attack was nothing extraordinary or offensive. The targeted sites implied no special affiliation. And the victims were as diverse as Paris itself.

One woman I met paying tribute to victims last Sunday told me it was an attack on "the idea of democracy, the idea that you can go out at night, that women can be at cafes... that men can go where they please, and the fact that you should respect what your neighbor thinks."

I've thought about her words a lot all week. It strikes me that we don't always describe democracy in such banal terms.

No one ever summed up the French Enlightenment by saying: "I disapprove of what you order at the cafe, but I will defend to the death your right to order it."

But what happened here shows there is a real connection between big ideas about freedom and small, casual acts of friendship and recreation.

One person publishing a biting satire and another reacting to it over a bite at the bistro are two sides of the same coin.

The gunmen and suicide bombers who came here claiming divine authority understood that. The guns that were aimed at the few in January were fired without distinction in November. Everyone was a target. The French are Charlie. And in their grief, they need no reminding of it.