Accessibility links
Will The First Pakistani Woman To Vote In Her Village Also Be The Last? : Parallels A mother of two defied village tradition and cast her vote in local elections on Thursday. "It was necessary because it is a women's right," she says. But now she and her husband fear for their lives. 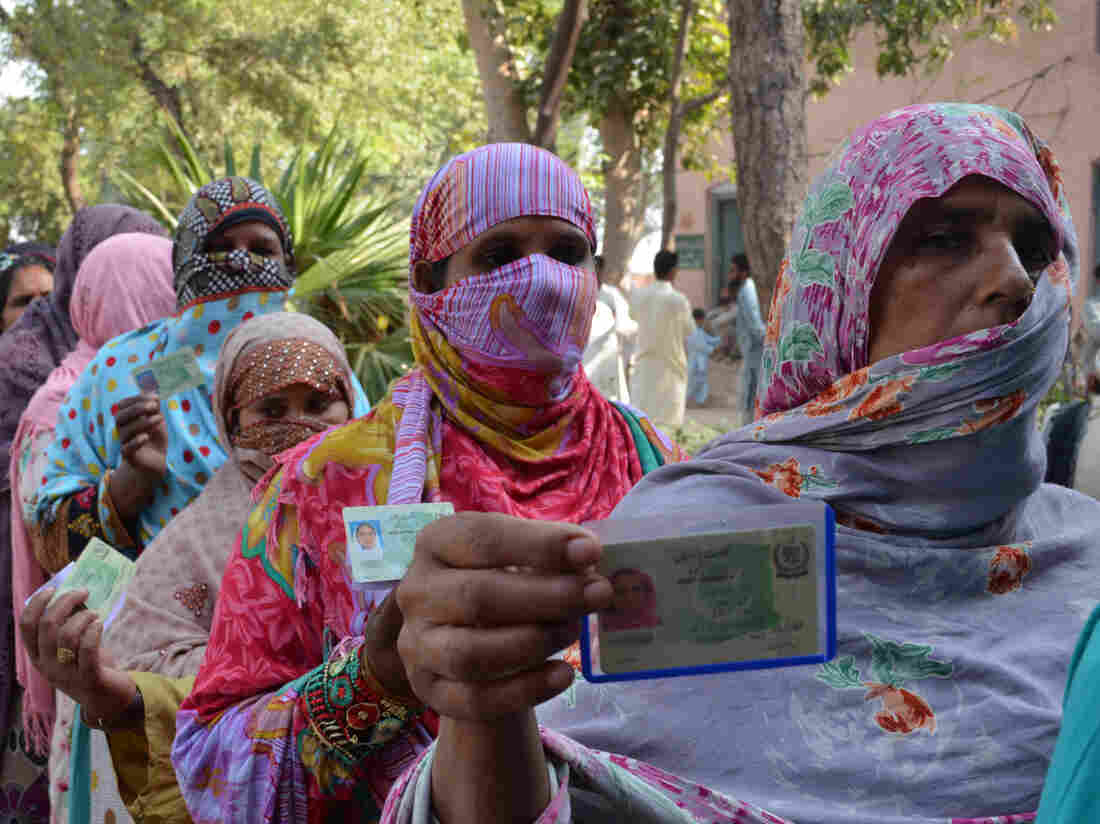 Pakistani women queue to cast their ballots last month at a polling station during local government elections in Lahore, one of the country's biggest cities. In other areas, local tradition can prevent women from voting. JAMIL AHMED/Xinhua /Landov hide caption 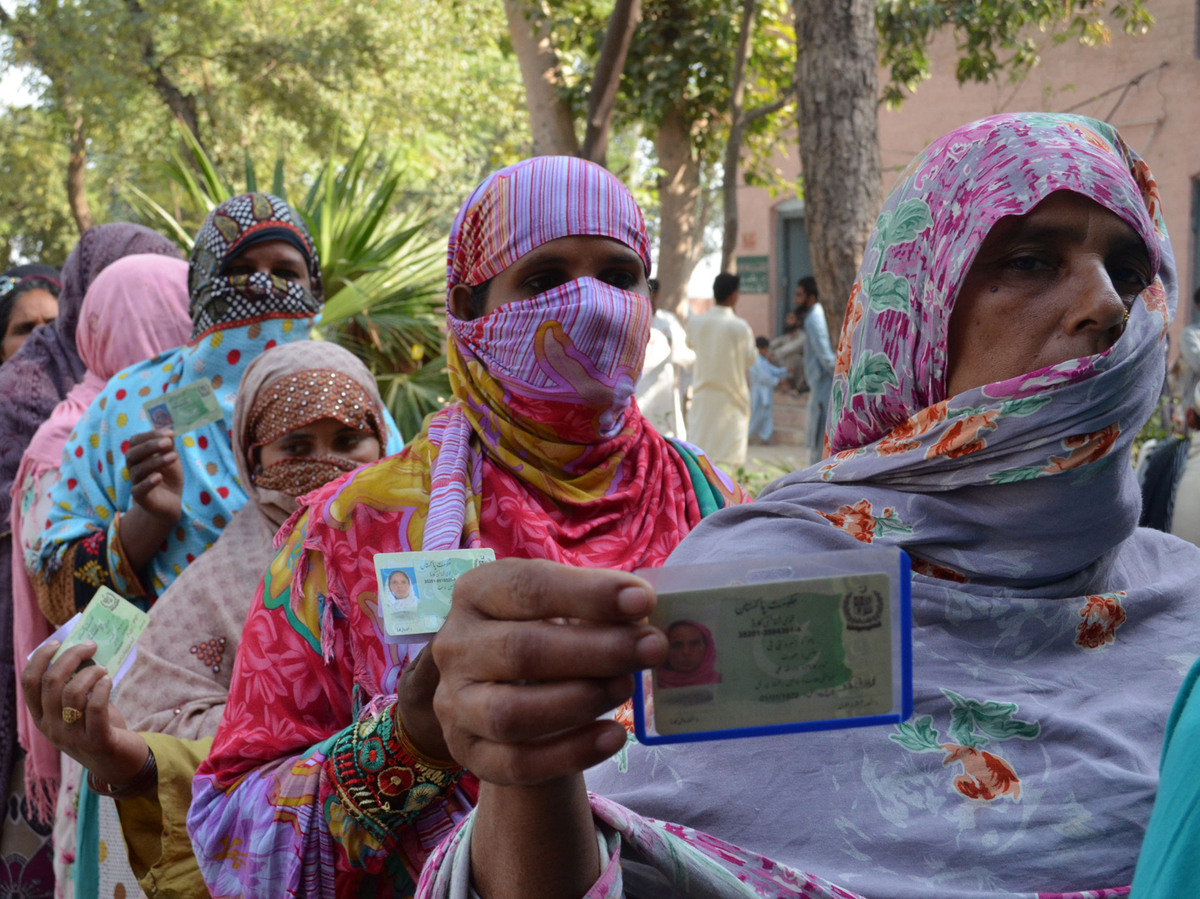 Pakistani women queue to cast their ballots last month at a polling station during local government elections in Lahore, one of the country's biggest cities. In other areas, local tradition can prevent women from voting.

Exercising the constitutional right to vote in Pakistan can sometimes come at a painful price. Fouzia Talib says she has become a social outcast overnight. People are abusing her with such ferocity that she has temporarily left home to seek refuge elsewhere.

This is happening because Fouzia Talib, 29, has just become the first woman in her farming village to go to the ballot box since Pakistan was created with the partition of the subcontinent in 1947. For nearly seven decades, women in her community have been barred from voting by locals, who believe that electing representatives is a task that should be left to men.

Accompanied by a heavy presence of police and paramilitary soldiers, she nervously ventured into a polling booth, set up inside a girls' school, to vote in a municipal election on Thursday. She was the only woman from her village to do so all day. This was her "duty to women, and to future generations," she said afterwards.

In Pakistan's more remote and religiously hardline areas, notably the northwest, it is not uncommon for male village elders to ignore the law and to agree — usually after a "jirga," or meeting — to ban all women from going to the ballot box.

Fouzia Talib, however, is from Pakistan's relatively progressive and prosperous province, Punjab, where many women attend college and are employed.

She says the community ban on women voting in her village, Mauza Mohripur, in Pakistan's "cotton belt," flows from a false "self-created tradition."

"There is no religious reason for this," she says. "This is just bigotry."

Fouzia Talib, a mother of two young children, describes herself as a housewife. She says when she first told villagers she was considering voting, they advised her to "shut up and never to talk about it again."

Before Thursday's ballot, she took the precaution of going to court and obtaining a judge's ruling ordering election officials to ensure that she would be allowed to vote.

She says she is now ostracized by the village — even by her own relatives.

"My brothers and sisters are receiving calls from members of our own family, saying that I have done a very bad thing, and that I have humiliated them," she says.

Her husband, Qaiser Abbas, has supported her campaign to vote, but says his family is now living in fear for their lives.

Fouzia Talib was lauded by the Pakistani media for securing a victory for rural women in a 190-million strong nation where they suffer many social restrictions and their rights are frequently curtailed.

A senior election administrator, who asked for anonymity because he is not authorized to speak to the media, praises her for "casting a stone in stagnant waters."

He adds that her village's female voting ban is an old tradition: "People are very conservative, so you should not expect a change overnight," he says.

Fouzia Talib takes a bleaker view. She says her decision to vote has not won support from anyone in her community. She thinks her village will remain adamantly opposed to allowing females to vote, and will be unmoved by her stance.

She fears she may end up being the first woman to vote there — and also the last.