Accessibility links
China's Greenhouse Gases Don't Seem To Trouble Most Of Its Citizens : Parallels The Chinese tend to ignore the dangers of global warming even though the country already suffers the consequences of pollution today and faces serious potential threats in the longer term. 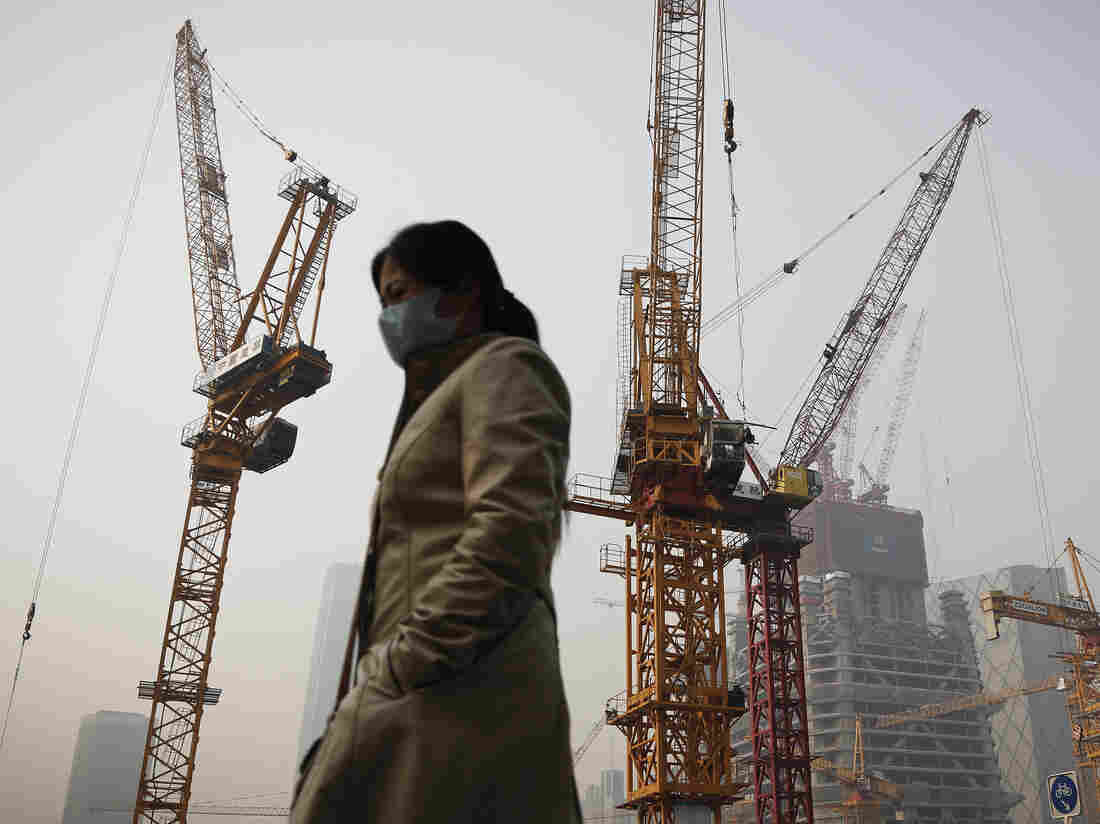 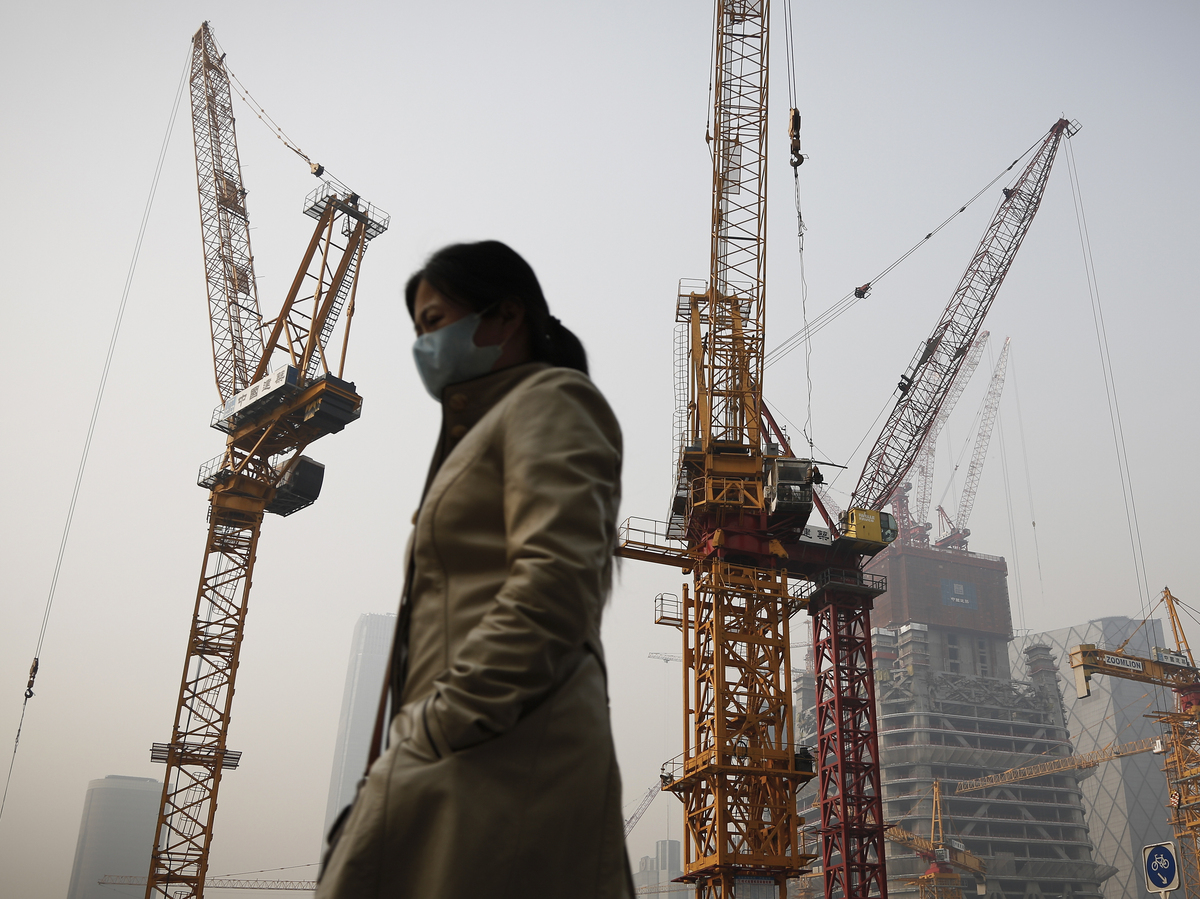 Beijing's chronic high pollution has forced residents to adjust to living with the haze. China is the world's biggest greenhouse gas emitter, but until recently, the government treated air pollution and climate change as separate issues, saying climate change was a Western problem.

China is the world's biggest greenhouse gas emitter and drives climate change more than any other country. As the world warms and seas rise, researchers say it stands to lose more heavily populated coastline as well.

Most Chinese, though, don't seem to see climate change as a current threat.

"I'm not really concerned because I think the distant future has little to do with me, because I'll already be dead," said a woman named Yu, who didn't want to give her full name in case government officials didn't like her comments.

Yu, who is in her 50s, spoke last week as she scanned her smartphone in Shanghai's People's Park. She said many Chinese share her thinking.

"Ordinary folks don't have a lot of vision," she said. "They are only interested in what's in front of their eyes."

At the end of this month, representatives from countries across the globe — including China and the U.S. — will meet in Paris to discuss ways to slow global climate change. Despite China's heavy contribution to the problem, most people here don't seem particularly worried about it. A recent survey by the Pew Research Center found only 18 percent of Chinese said they were very concerned about climate change.

"The Chinese are the least intensely concerned of any of the populations of the 40 countries we surveyed," says Bruce Stokes, director of global attitudes at the Pew Research Center. "We did a 20-country survey asking the very same question five years ago and they were the least concerned then as well."

Stokes can't fully explain this disconnect, but he has discussed it with French climate negotiators who work closely with their counterparts in China's government. The French negotiators say that until recently, the Communist Party and its massive propaganda machine treated air pollution and climate change as separate issues.

"The messaging strategy of the government has been very conscious to say, 'Yes, we acknowledge there's air pollution, we're trying to deal with it, but this has nothing to do with climate change, that's a Western problem,'" said Stokes, paraphrasing the French negotiators.

China built a dirty industrial model that drove spectacular economic growth for more than two decades, but it's been shifting away from that formula for both economic and environmental reasons. Last November, the government announced for the first time that emissions here would peak around 2030.

Xie Zhenhua, a government climate official, says the Chinese are more focused on air pollution than climate change because the former is so present in their lives.

But climate scientists say they will — especially here in Shanghai.

If emissions continue to grow unchecked, global temperatures will rise by 4 degrees Celsius — a little more than 7 degrees Fahrenheit — by the end of this century, warns Benjamin Strauss of Climate Central, an independent organization of scientists and journalists focused on climate change.

Strauss says that will cause seas to rise, eventually affecting 145 million people along China's crowded coast. "Shanghai has by far the largest number of people on land who would be submerged in a 4-degree sea-warming scenario," Strauss says, "almost twice as many as the next-largest urban area, which happens to be Tianjin, also in China."

Climate Central estimates water would flood most of Shanghai's financial district, home to some of the world's tallest skyscrapers. Chang, a 27-year-old who sells wealth products here, would hate to see that happen.

"Of course I'm worried," says Chang, who — like everyone else interviewed for this story — wouldn't give his full name. "If a great city like Shanghai is no longer, it will be a shame, right?"

Others, though, seem unfazed. Scientists say the flooding could occur slowly over time. Most people in Shanghai tend to focus on commerce and their immediate lives.

An art student named Hu said he'd read about the threat. "Actually, there are many reports like this," he says. "I don't take them seriously. My classmates and friends pay little attention to this issue, because it has zero relevance to our majors."