Accessibility links
For Young Saudi Women, Video Games Offer Self-Expression : Parallels Saudi women gamers gather at an annual convention, dressing as their favorite characters and exercising freedoms they want to see more of in their lives. 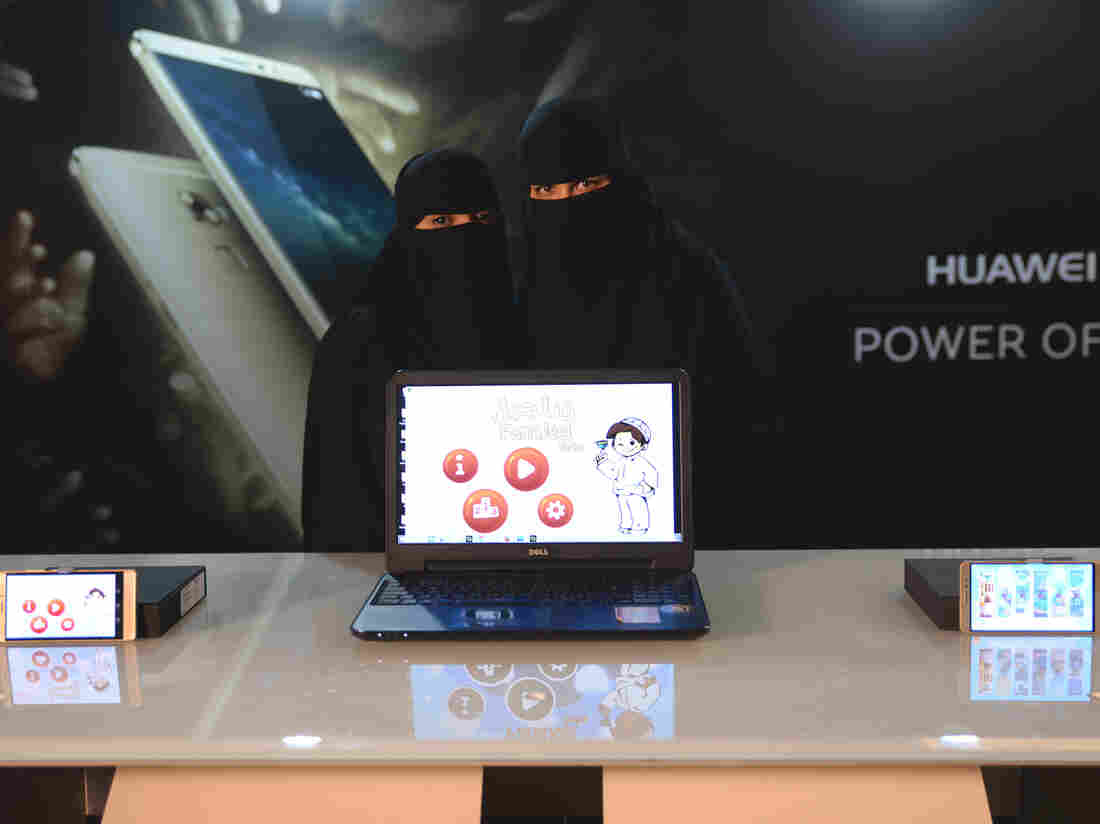 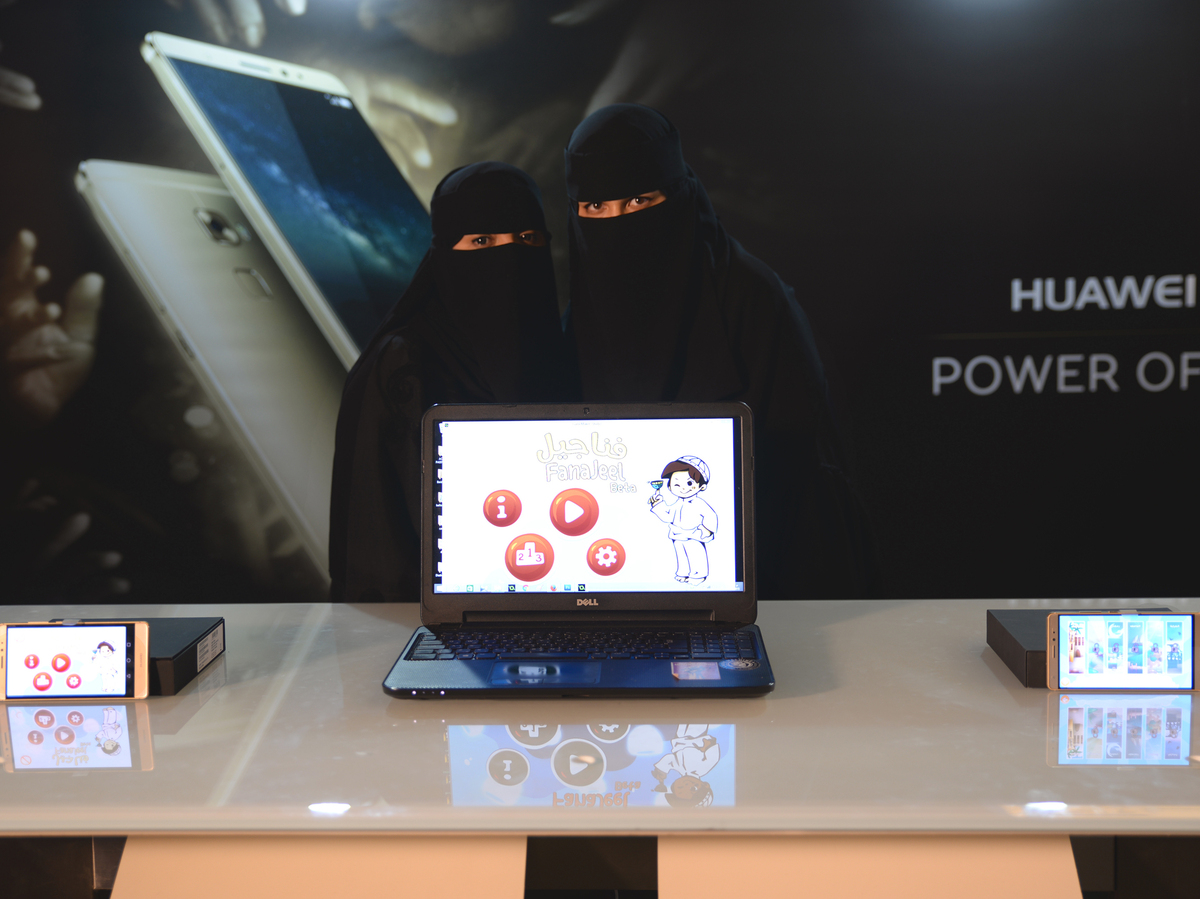 For young Saudis, life is conducted online, on phones and on gaming platforms. Saudi Arabia is a young country. The fastest-growing segment of the population is under 30 years old. In this deeply conservative society, with its strict moral codes of behavior and gender segregation, many young Saudis turn to social media and technology to entertain and express themselves.

For women, especially, it's a social revolution.

In a Riyadh hotel ballroom, virtual reality meets real life at GCON, an annual convention for young women who love video games and grew up playing them with their siblings.

GCON was born after female gamers were barred from an all-male gaming convention in 2011. GCON co-founders Tasneem Salim and Felwa al-Swailem persuaded big gaming brands to back an all-female convention by convincing them there was a huge market among Saudi females.

This year's event, the fourth, was the largest ever in the capital and expanded to a second city as well. In this gender-segregated society, GCON is a victory for Saudi women — who reflect an international gaming audience where nearly 50 percent are female.

Some 3,000 women showed up over the two-day Riyadh event in late November. Salim says games offer more than just play.

"You definitely do learn a lot from games," she says. "You'd be surprised how many people have picked up English and other languages just from playing games, languages as hard as Japanese."

This is not the Saudi Arabia most people know, she says. "It's definitely not. It's a side of Saudi Arabia that people rarely get to see, but it's real and it exists. And here we are."

There are more than two dozen PlayStations and women are gathered around, furiously playing in teams or singles. There's Assassin's Creed, Uncharted, Need for Speed, even Call of Duty — known for its fast-paced, military-style violence and popularity among male gamers.

The young women here are dedicated and say they play for hours each day.

"They call themselves geeks, so..." Felwa al-Swailem trails off with a giggle. "There's no embarrassment. I call myself a geek, too. I don't think it's a terrible thing."

The Convention Is About More Than Gaming

Aside from the joys of gaming, GCON encourages girls to aim for careers in science and computer programming. Many female college students in Saudi Arabia outperform males in math, technology and engineering. And video games — the blockbusters from the U.S., Europe and Japan — open young women to a wider world.

"You know, being a person like that, you are open to many things, you're open to a lot of cultures," Swailem says. "And I think that's a positive thing."

In a closed society, it is striking to see an event that encourages such open self-expression. Some women come dressed as their favorite game characters. The costumes are creative and elaborate, with silver wings, helmets and wigs of platinum cartoon hair. It's a stunning transformation from the traditional all-black cover-ups that Saudi women must wear. 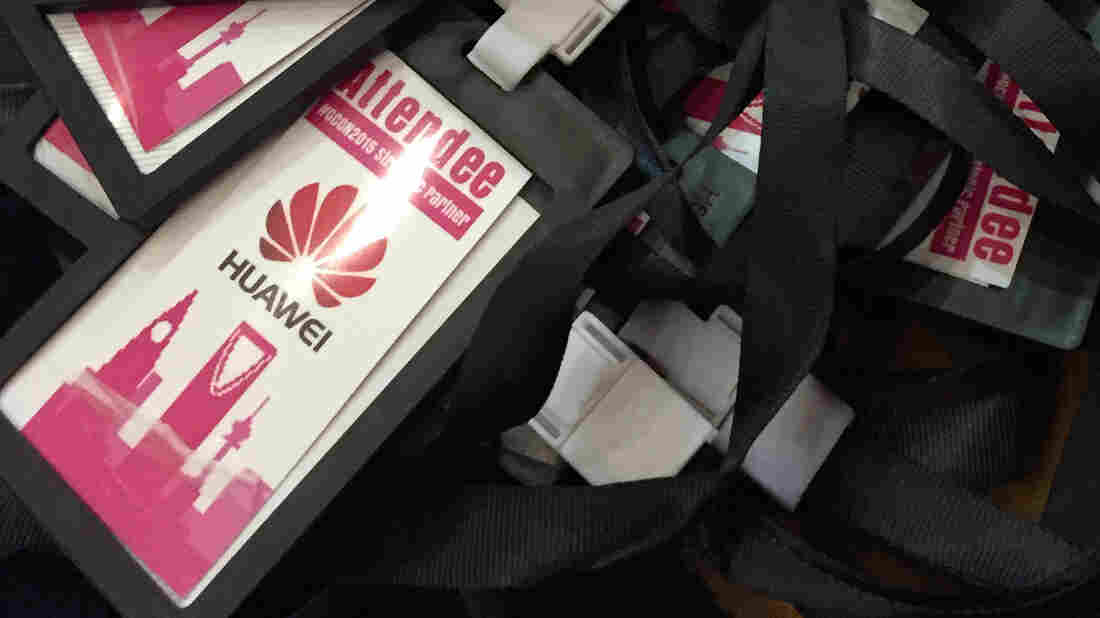 More than 3,000 attendees picked up badges at GCON 2015, an annual gaming convention for women in Riyadh. Deborah Amos/NPR hide caption 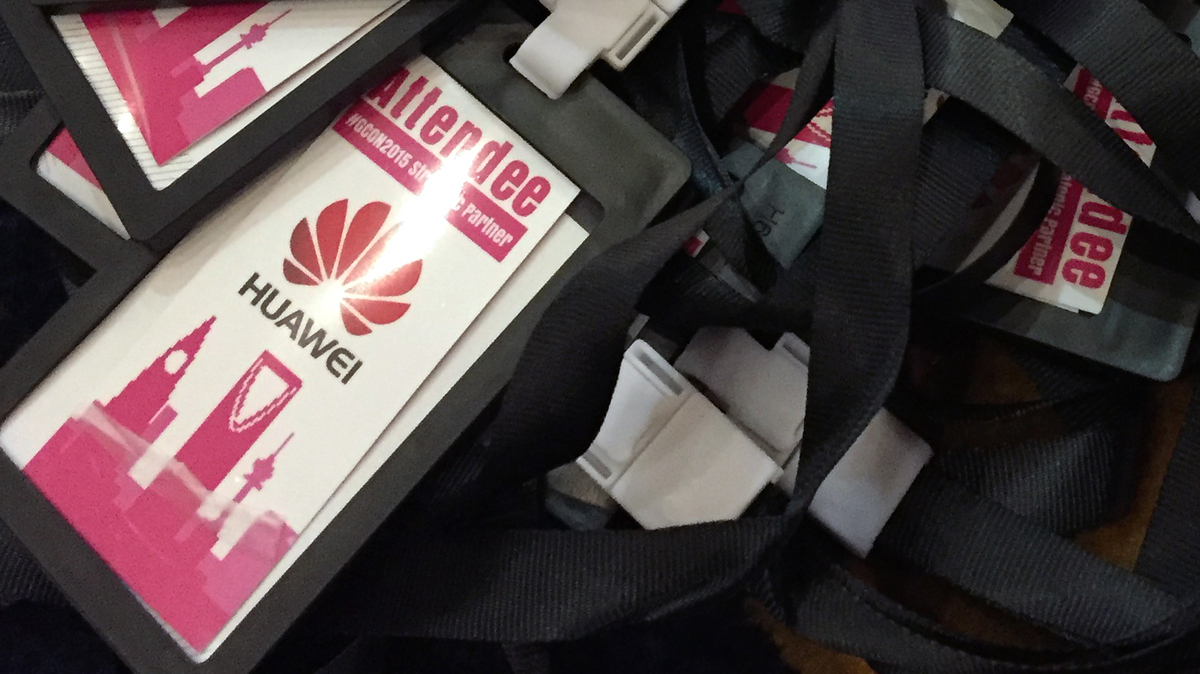 More than 3,000 attendees picked up badges at GCON 2015, an annual gaming convention for women in Riyadh.

"Because I think he speaks with his actions more than words can do."

The 26-year-old kindergarten teacher says she comes to GCON for the cosplay – short for "costume play" – that's popular in the West and is now embraced by female Saudi gamers who don't have many outlets for creativity.

This convention is a sign of dramatic change for a wired generation with soaring expectations. But technology only goes so far in a society that lacks political rights. In that arena, Saudi Arabia is making a cautious first step, allowing women to campaign and vote for the first time in local municipal elections this month.

By coincidence, the Riyadh GCON convention opened on the same day that election campaigns began. But only a handful here said they registered to vote. The voting age is 18.

"It's a huge step, I'm not saying it's not, and I am very happy for it," says Leila Abdulrathman, a 26-year-old game developer. "But the women's participation, I don't think it will be as much as we wanted, it will be restricted."

Still, she says, it's important to take first steps. "I believe in that," she says. "And when I believe this first step is something, I will join."

For now, for her and the other young women here, this gathering, this community, is as important as getting the vote.