Accessibility links
Mexican Border Workers Make A Push To Unionize : Parallels Unions are virtually non-existent in the northern Mexico factories around Juarez. But now some 300 workers are trying to unionize to push for higher wages and other benefits. 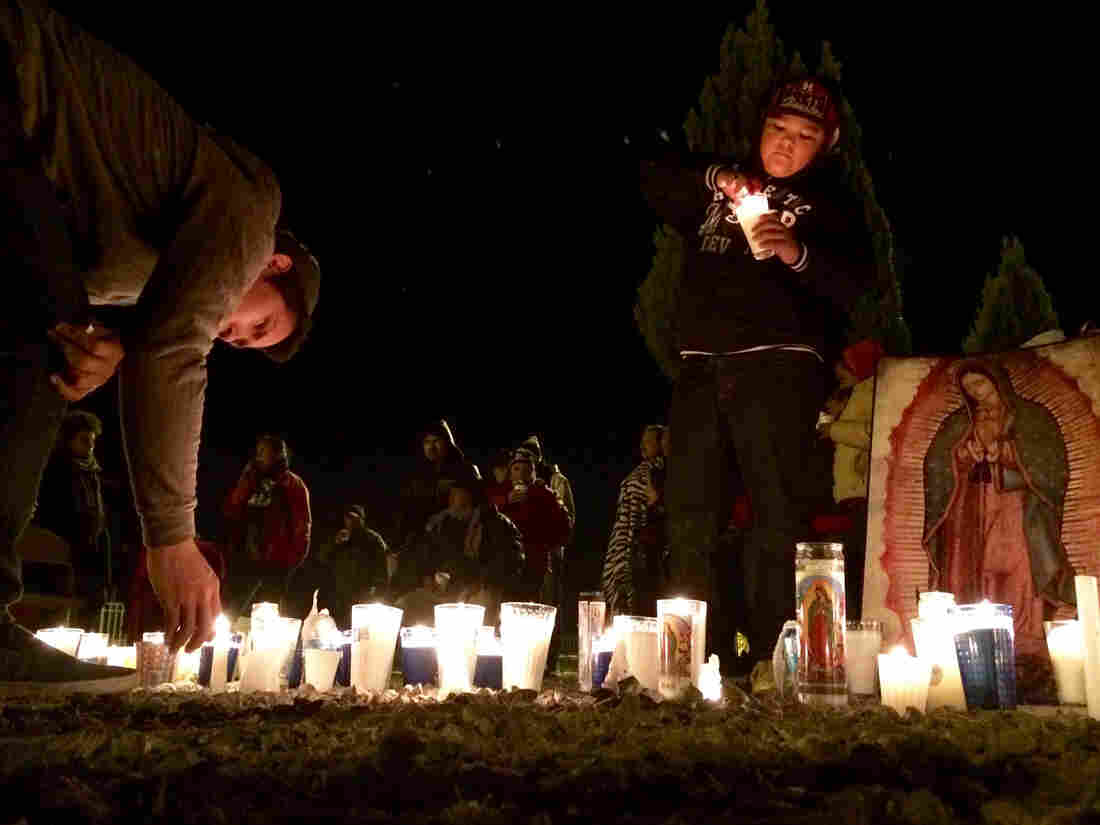 Children light candles during an overnight vigil at a protest camp in Juarez, Mexico, outside the manufacturing plant for the American-owned printer company Lexmark. Mónica Ortiz Uribe/KJZZ hide caption 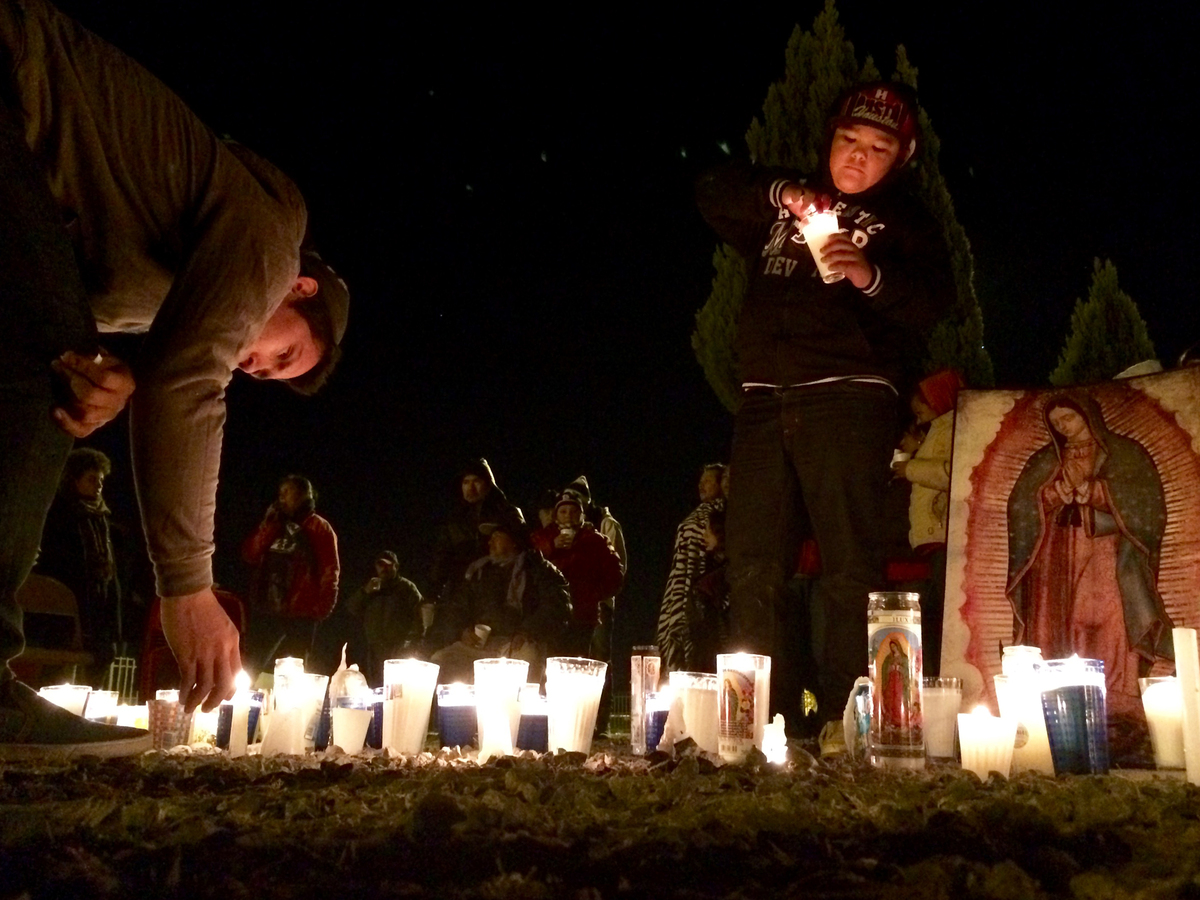 Children light candles during an overnight vigil at a protest camp in Juarez, Mexico, outside the manufacturing plant for the American-owned printer company Lexmark.

Miriam Delgado was one of 700 workers making printer cartridges in the border city of Juárez for the American-owned printer and software company Lexmark. She's the main reason foreign companies choose to set up factories, also known as maquiladoras, in places like northern Mexico.

Workers like her will work for cheap, as little as $7 a day. After five years working a nine-hour shift on an assembly line, Delgado began pressing for a raise. Then, last week, she was fired.

Now Delgado is among some 70 former workers who've set up a protest camp outside Lemark, located just 10 miles south of the Texas border.

They claim they were fired soon after demanding higher pay. They say they're tired of struggling to provide for their families on a salary that, according to government figures, puts them below the poverty line.

"By the end of my pay period, I'm skipping meals so my kids can eat," Delgado says.

The workers in this region make a huge variety of products, from flat-screen TVs, to car parts to electrical fuses that power entire cities. But they're up against industry giants that fuel more than half a trillion dollars in trade between the U.S. and Mexico.

Poor wages aren't the only issue. Lexmark workers claim they have endured sexual harassment by their superiors and are given inadequate safety gear.

A spokesman for Lexmark wouldn't comment on worker allegations in Juárez saying instead that the company was committed to open and honest conversation with its employees.

Above The Border, New Walkway Spans The Gap Between U.S. And Mexico

After Years Underwater, A Church Re-Emerges In Mexico

Some 300 workers from at least three other Juárez maquiladoras are protesting similar conditions and have petitioned the state to authorize their effort to unionize.

"It's not just a fight between a worker and some maquiladora, it's a matter of the life that everybody deserves to live," says Elizabeth Flores, a labor attorney in Juárez.

She says worker discontent has been building for some time. After years of economic recession and a period of heavy drug violence, Juárez is finally recovering.

Today, factory jobs are plentiful. As industry grows in Mexico's interior, fewer people are migrating to northern states in search of work. All this has empowered workers in Juárez to speak out.

"If you talk to labor leaders and people of maquilas, they're very worried as to where the future labor force is going to come from," says Jerry Pacheco, president of the Border Industrial Association in southern New Mexico.

He recently wrote an editorial about the need to raise factory wages in Juárez as a way to attract workers. He also defends the maquiladora industry, which has been a key economic driver in this region for the past 50 years.

"It's not just the wage that they pay ... a lot of these employees are getting two or three meals a day. They have sports activities, the maquila will sponsor a soccer team, for example," he says.

Still, multinational companies wield a lot of political influence, thanks in part to the millions of jobs they create on both sides of the border. And Mexican politicians have historically resisted the creation of independent unions.

One of the selling points about locating in Juárez, as listed on the website of a business consulting firm in El Paso, Texas, is a "cooperative, predominantly non-union workforce."

"Any sort of objective assessment would tell you that labor rights are not perfectly upheld in Mexico," says Chris Wilson of the Mexico Institute, part of the Wilson Center think tank in Washington.

Wilson says it is in the companies' best interest to build better relationships with workers.

"Ultimately the workers and the company have ... a similar set of interests in that they both need to company to be successful," he says.