Accessibility links
Higher Gas Prices, Long Lines: What Cheap Oil Means For Saudi Arabia : Parallels The deal in Saudi Arabia has been no taxation and no representation. Bottom-of-the-barrel crude prices changed the first half of the equation this week, as officials cut utility and gas subsidies. 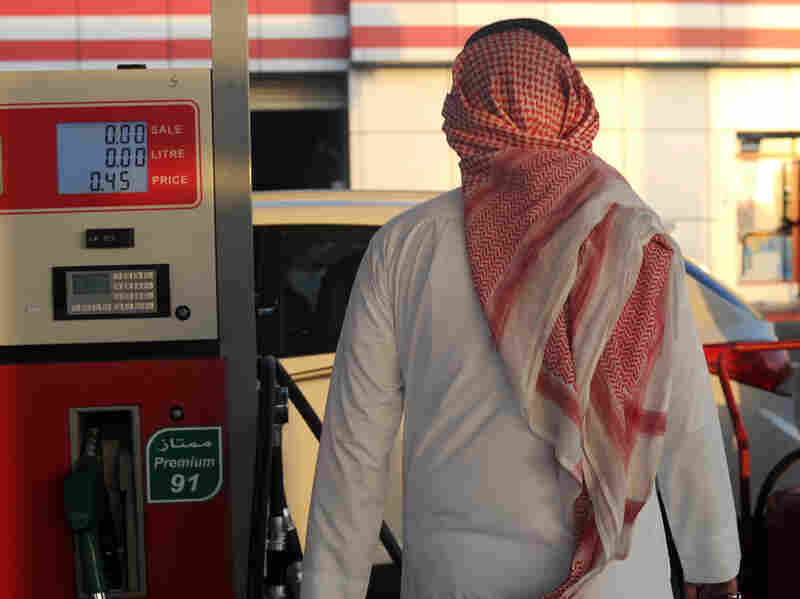 A Saudi man walks past a pump at a petrol station Monday in the Red Sea city of Jeddah. Saudi Arabia said it plans to reduce subsidies on power, water and fuel as part of new measures introduced in the face of low oil prices. Amer Hilabi/AFP/Getty Images hide caption 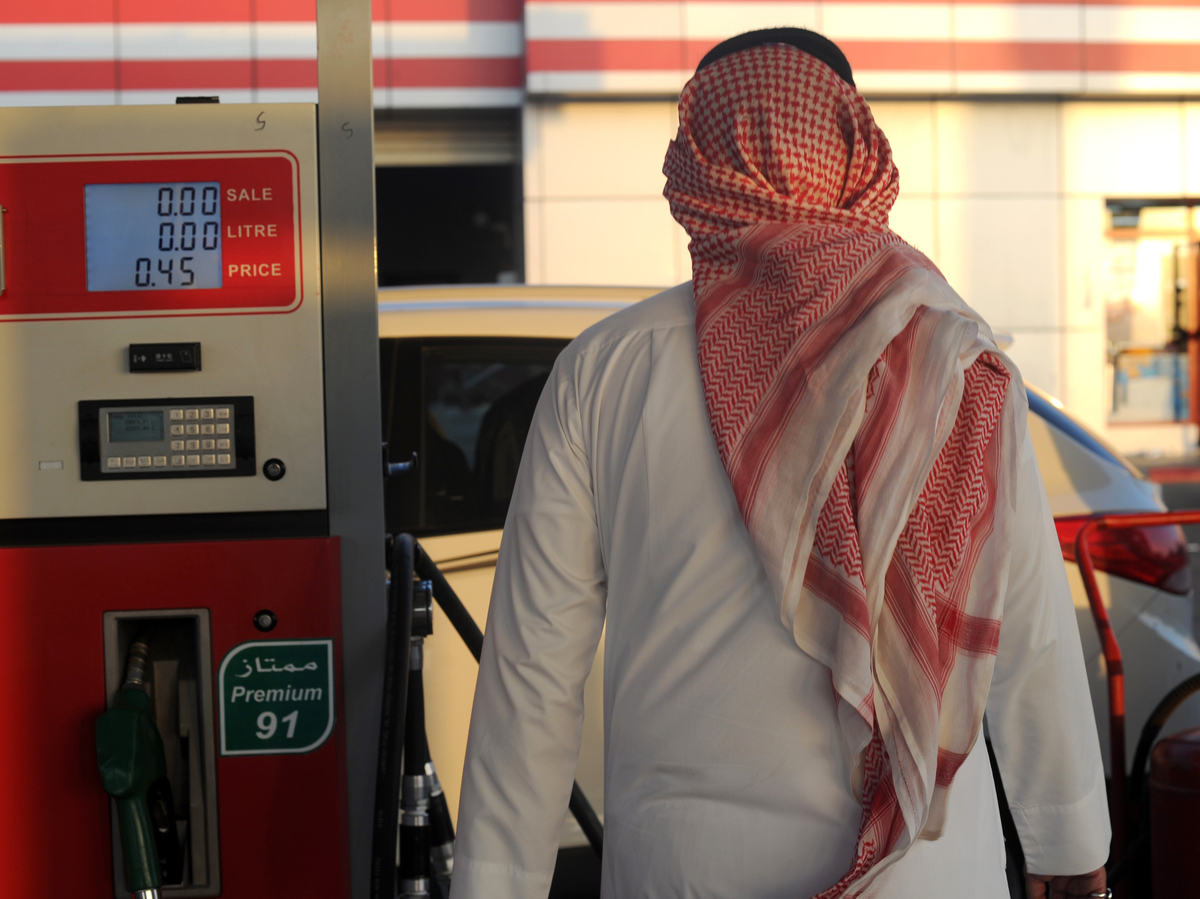 A Saudi man walks past a pump at a petrol station Monday in the Red Sea city of Jeddah. Saudi Arabia said it plans to reduce subsidies on power, water and fuel as part of new measures introduced in the face of low oil prices.

A new era in Saudi Arabia was demonstrated at gas stations across the country on Monday night: Long lines of cars stretched from the pumps as drivers filled up to beat price hikes announced by the government earlier in the day.

It was an unusual scene for the world's largest oil producer, but it underscored the economic impact of dramatically lower crude prices on a government budget that relies on it.

The swift deadline to chop government subsidies on gas, water and electricity surprised Saudis, and some stations ran out of gas and shut down in the storm of demand.

But economists were not surprised by the nation's historic deficit of more than $80 billion as oil prices collapsed this year, dropping to less than $40 per barrel from $100 just 18 months ago.

The cuts unveiled Monday by government ministers represented a fundamental change in the country's social compact, which has maintained Saudi royal family control for decades. No taxation and no representation has been the equation in a country with no income tax on individuals, free education and health care, and heavily subsidized utilities — but now part of the deal has been rolled back.

The gas lines and an immediate reaction on social media demonstrated the risks of economic reforms.

"The views run the gamut from totally angry to extremely defensive to celebratory," said one social media observer who followed the debate but didn't want his name published.

Social media hashtags on the budget trended on Twitter as Saudis digested and debated the new reality.

The fiscal 2016 budget announced in a high-profile media event in the capital gave an unusually detailed picture of the proposed reforms. The government intends to narrow the huge deficit through spending cuts, reforms to energy subsidies and a push to raise revenues from taxes and privatization. The changes signaled tougher times in the region.

"This is pretty new — let's say hardcore — for a state budget to include all these things," says John Sfakianakis, a Riyadh-based economist who is a former government adviser. "Over the next year or so, you will see the introduction of a sales tax — a VAT tax — eventually some form of income tax."

Even the price of tobacco and soft drinks could rise through new taxes.

"The era of plenty has come to an end. This is it. The party is over," he says about a government that did not adequately address the challenge to diversify an oil-based economy as long as prices were high. Now, the government is signaling that "oil will be in the $30-$40 range for some time."

This "end of an era" moment in Saudi Arabia points to a new social experiment across the Gulf, as oil-rich monarchies grapple with lower state revenues.

Belt-tightening across the oil-producing Gulf States already has begun, but Saudi Arabia, with the largest Arab economy, has gone further, with measures that directly affect domestic prices.

"I think the tension is that a lot of people feel that 'the state is spending a lot, but I still don't have a lot' — and it's not going to get easier, and people know that," says Karen E. Young, a senior resident scholar at the Arab Gulf States Institute in Washington.

The other Gulf monarchies will be watching Saudi citizens' reactions for tremors. Will they accept a reduction in the generous welfare system that has been the bargain for social peace?

In early responses from social media, government supporters aggressively defended the new measures — and the more extreme supporters attributed complaints about the budget to those serving Iranian interests and "contributing to Safavid ambitions of hegemony," which equated grousing to support for rival Iran. Middle class Saudis raised more pointed questions about royal prerogatives.

"In some ways, it's a blessing," says Khaled Almaeena, a veteran journalist and political analyst based in Jeddah. He watched the lines grow at the gas pumps and declared it "crazy" to wait in line for gasoline that may have increased in price by 50 percent but still costs less than a dollar a gallon. The new austerity plans "will take us to fiscal responsibility and teach us to be responsible," he says.

It may also lead Saudi citizens to demand a bigger say in governance.

"That's the very important and essential question," says economist John Sfakianakis — "whether the social contract will evolve and change when there is an income tax."