Accessibility links
As Iran Moves Swiftly On Nuclear Deal, Sanctions Could Go Soon : Parallels Iran is eager to have punitive financial measures removed and has been working to scale back its nuclear program much faster than many predicted, according to those monitoring the process. 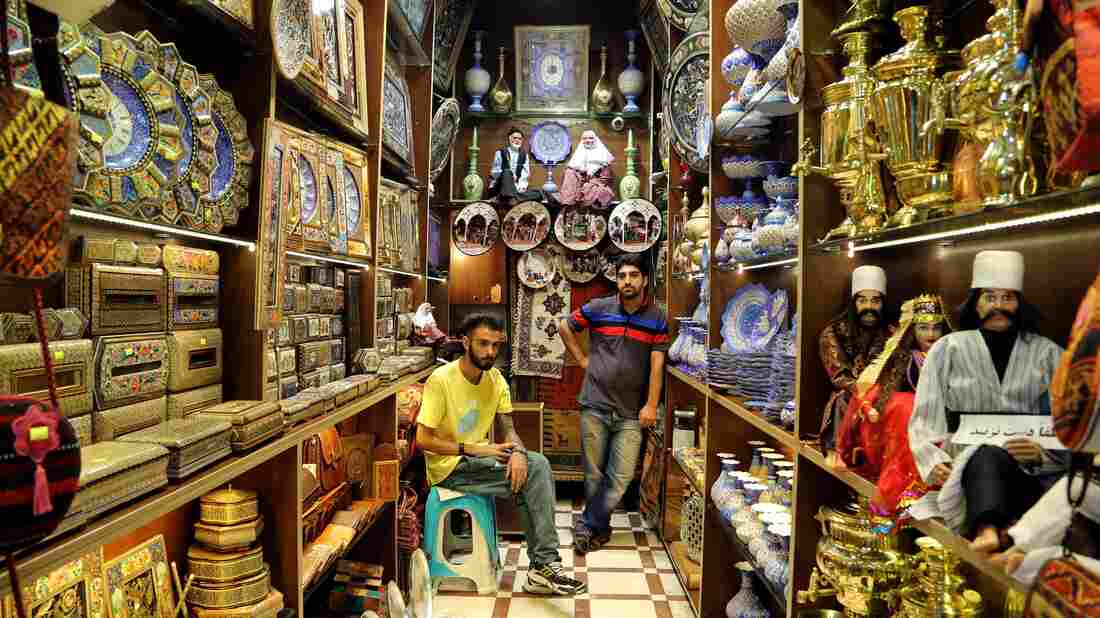 Iranian shopkeepers in the main bazaar in the capital, Tehran, in September. Iranians are eager for economic sanctions to be lifted and have been moving quickly to meet their obligations under a nuclear deal, according to analysts monitoring the agreement. Atta Kenare/AFP/Getty Images hide caption 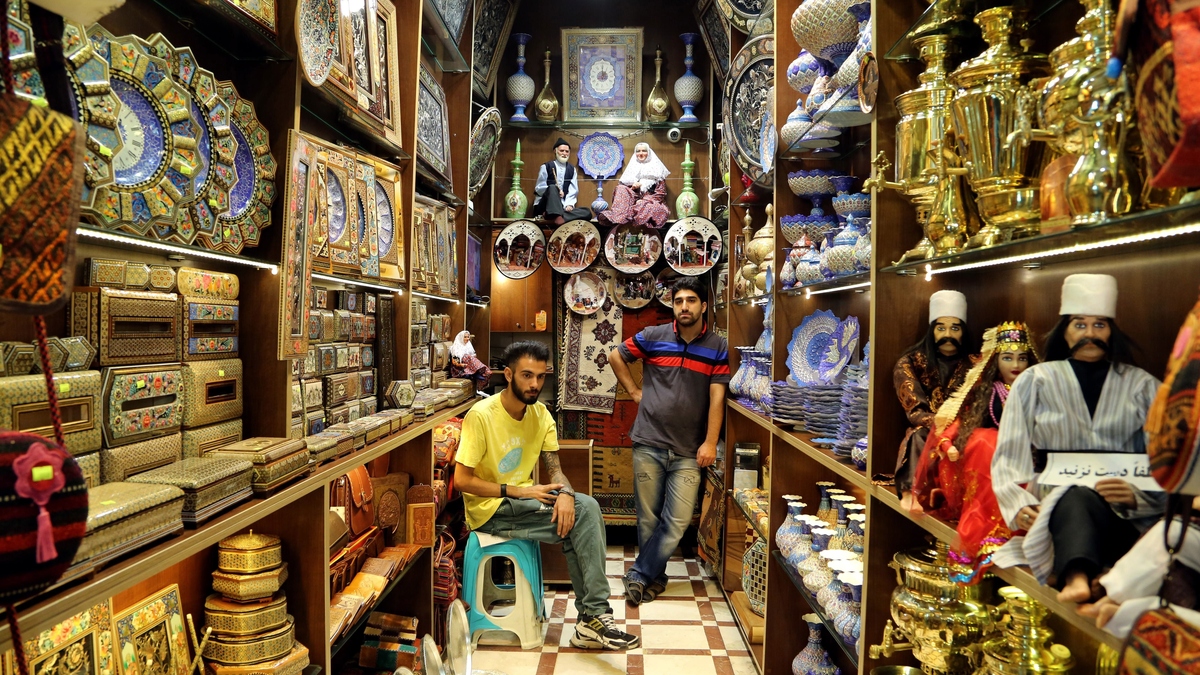 Iranian shopkeepers in the main bazaar in the capital, Tehran, in September. Iranians are eager for economic sanctions to be lifted and have been moving quickly to meet their obligations under a nuclear deal, according to analysts monitoring the agreement.

Iran appears to be racing toward a major milestone in the nuclear agreement reached this summer with six world powers: "implementation day."

It's a term with no fixed date, but it will be a big deal when it arrives. It's the day when the United Nations Security Council lifts the financial and banking sanctions against Iran, and more than $100 billion in frozen assets will be freed up. But the day can only happen when international inspectors confirm that Iran has taken a number of steps to shrink and open up its nuclear program.

All the signs suggest this is happening faster than many in the West expected.

Iran and Russia recently announced that most of Iran's stockpile of enriched uranium – more than 20,000 pounds – had been loaded on a ship bound for Russia. Depending on how highly it is enriched, uranium can fuel either a nuclear power plant or a weapon of mass destruction.

The shipping out of enriched uranium was unusually speedy for an Iranian-Russian transaction, says Mark Fitzpatrick, executive director the American branch of the International Institute for Strategic Studies.

Iran must still disable its heavy-water reactor at Arak, though that shouldn't take more than a couple weeks once it begins, says Ali Vaez, who follows Iran for the International Crisis Group.

That would close off the so-called "plutonium pathway" to a weapon.

The other big component everyone is watching is the removal of thousands of centrifuges, which are used to enrich uranium, and that seems to be speeding right along.

One reason the centrifuges seem to be coming out faster than expected is that the Iranians were evidently not very cautious when it came to removing about 10,000 older, inactive centrifuges, known as IR-1s.

Fitzpatrick says Iran may have considered them all but unusable after sitting idle so long, so they just pulled them out relatively quickly. They have been taking more time with some of the other models, but Vaez says the remaining 1,000 active IR-1s should be removed by the end of next week. Some more advanced models must also be dealt with.

Hidden For Decades, Pollocks, Rothkos And More Go On Display In Iran

Fitzpatrick says there's also a theory that not preserving the older centrifuges could give Iran a reason to keep technicians employed building new ones, to be used as replacements if anything breaks down.

Iranian negotiators originally predicted that completing its nuclear commitments it would only take two to three weeks, which was never seen as realistic in the West.

But now even Yukiya Amano, the head of the International Atomic Energy Agency, which has to verify all these steps, says an implementation day by the end of January can't be ruled out.

When it happens, Iran will effectively rejoin the international banking system. In short, Iran will be more of a player in the region and beyond in 2016.

Hardliners, including Iran's Revolutionary Guards Corps, became a major economic force in Iran during the years of sanctions, and an aggressive reaction has accompanied this push to implementation day.

The backlash includes crackdowns on dissent and warning messages to businessmen, especially in the Iranian diaspora, who may be thinking of returning home to help rebuild the economy.

Hardline pressure isn't likely to die down soon, because there are important parliamentary elections coming up in March, and conservatives do not want President Hassan Rouhani and Iranian moderates to benefit politically from the lifting of sanctions.

For the president and a faction of Iranian moderates and reformers who helped elect him in 2013, playing up implementation day and the economic benefits that will follow could provide an important political boost.

However, Vaez notes that it's already too late for those economic benefits to reach the Iranian street in a big way before voters head to the polls in March.

Meanwhile, there are fights brewing over potential new sanctions involving a missile program that Iran argues isn't part of the nuclear deal. U.S. conservatives will be watching for anything that looks like Iran isn't living up to its commitments under the nuclear agreement.