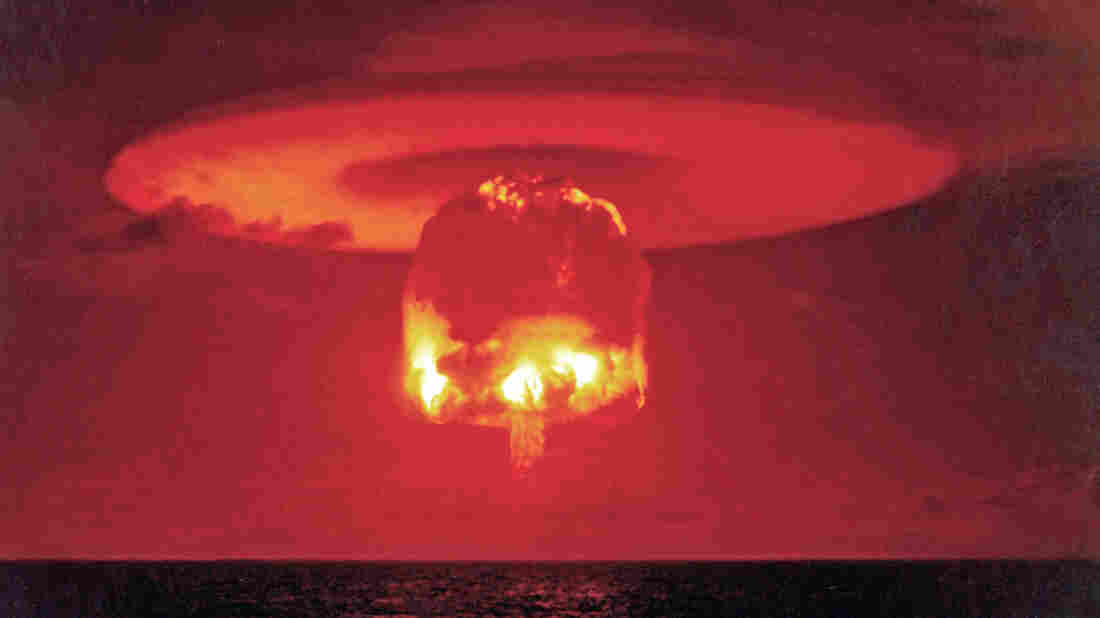 Castle Romeo was an American hydrogen bomb test in March 1954 at Bikini Atoll in the Pacific. It was 11 megatons, or roughly 1,000 times more powerful than North Korea's test on Wednesday. North Korea says it was a hydrogen bomb test, though the White House says it doubts the claim. Galerie Bilderwelt/Getty Images hide caption 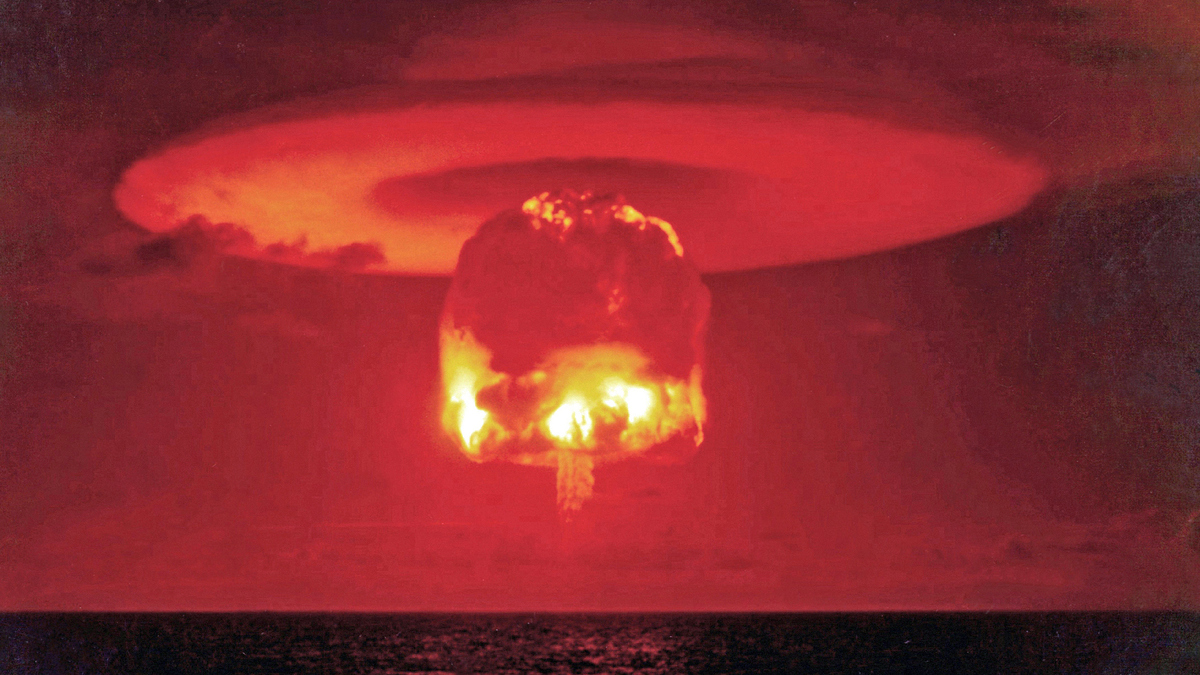 Castle Romeo was an American hydrogen bomb test in March 1954 at Bikini Atoll in the Pacific. It was 11 megatons, or roughly 1,000 times more powerful than North Korea's test on Wednesday. North Korea says it was a hydrogen bomb test, though the White House says it doubts the claim.

North Korea was celebratory in its claims that it detonated its first hydrogen bomb on Wednesday.

"Through the test conducted with indigenous wisdom, technology and efforts [North Korea] fully proved that the technological specifications of the newly developed H-bomb for the purpose of test were accurate and scientifically verified the power of smaller H-bomb," the country's official news agency reported.

But the White House, along with many others, isn't buying it.

"The initial analysis is not consistent with the North Korean claims of a successful hydrogen bomb test," White House Press Secretary Josh Earnest said in a briefing.

Nuclear weapons come in two varieties: fission weapons and fusion weapons. These days, the fission weapons are the ones that usually make the headlines. They get their explosive power from the splitting, or fission, of heavy elements like uranium and plutonium. The fission releases energy that can be used in a bomb.

Fusion, on the other hand, gets its power from fusing light elements, such as hydrogen, together. The fusing of light atoms actually releases more energy than the splitting of heavy ones. So hydrogen bombs are far more powerful.

Rough estimates of North Korea's test on Wednesday range from a few kilotons of explosive power to a few tens of kilotons.

By contrast, the first U.S. test of a hydrogen bomb in 1952 was 10.4 megatons, roughly a thousand times as powerful.

"The apparent yield of the [North Korean] event is too small," says Jeffrey Lewis, of the Middlebury Institute of International Studies at Monterey.

So what could North Korea have done instead?

One possibility, suggests Lewis, is that it set off a "boosted" fission bomb. Such a weapon uses a small amount of hydrogen gas at its core to enhance the explosion of the uranium or the plutonium in the weapon. Since boosting technically involves the fusion of hydrogen, North Korea could call this test a "hydrogen bomb."

It may be possible to glean further clues about what exactly North Korea has done. The isolated nation is surrounded by International monitoring stations of the Comprehensive Test Ban Treaty Organization, which seeks to track nuclear testing worldwide.

Although the test was conducted underground, tiny quantities of radioactive xenon gas could be picked up by detectors hundreds or even thousands of miles away.

The exact composition of the xenon could yield clues about what kind of bomb it was, says Anders Ringbom, research director of the Swedish Defence Research Agency in Stockholm. "We believe in principle that it could be possible," he says.

Yet so far, he adds, the stations haven't seen anything.