Accessibility links
U.S. Forces Increasingly Drawn Back Into Afghanistan's Battles : Parallels The president said the U.S. combat mission is over, but a Green Beret died Tuesday during an assault on Taliban forces. "Americans are very much in the thick of these fights," says a retired general. 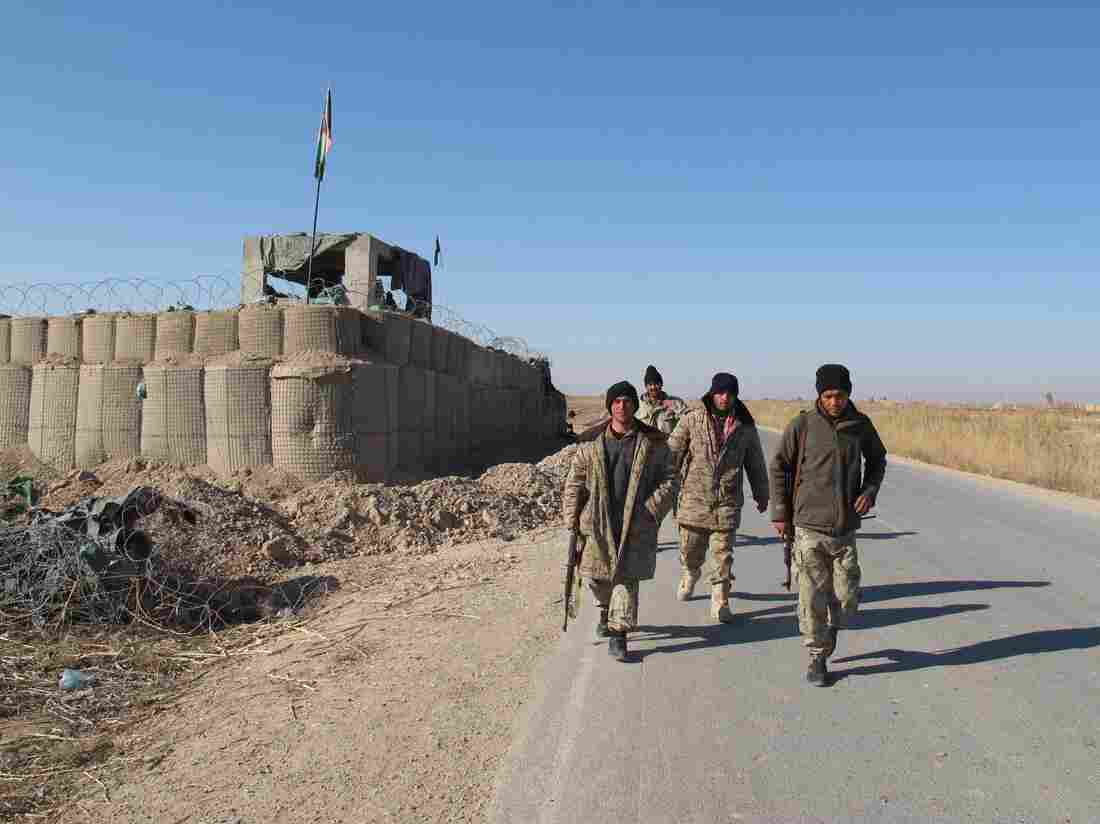 Afghan security forces patrol near their base in the Marjah district of Helmand province on Dec. 23. Dozens of Marines were killed in Marjah five years ago, and since then the Taliban have slipped back in. Now American forces are increasingly being drawn back into the fight. Noor Mohammad/AFP/Getty Images hide caption 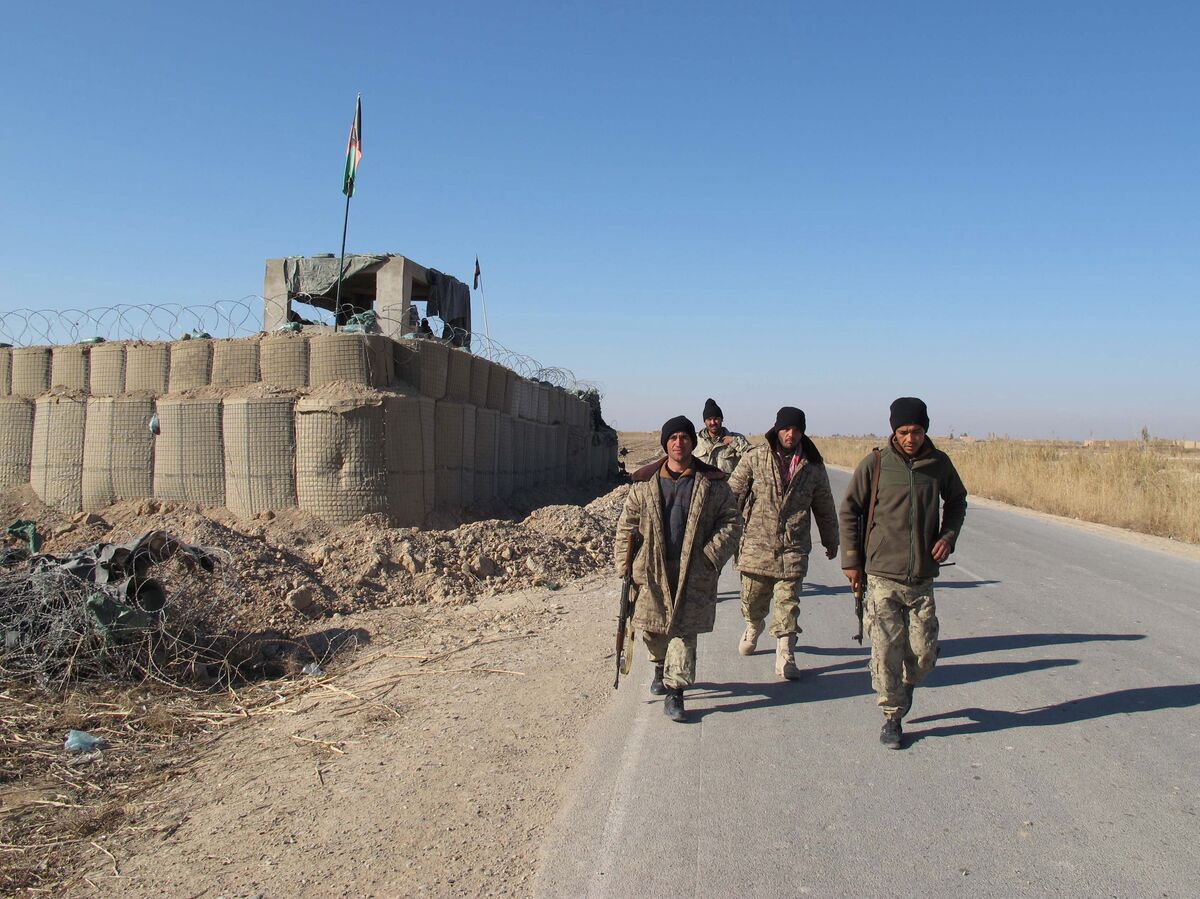 Afghan security forces patrol near their base in the Marjah district of Helmand province on Dec. 23. Dozens of Marines were killed in Marjah five years ago, and since then the Taliban have slipped back in. Now American forces are increasingly being drawn back into the fight.

Staff Sgt. Matthew McClintock died in Afghanistan this week. He was 30 and leaves a wife and infant son. McClintock was part of a training and advising mission. But he died fighting the Taliban along with Afghan troops.

American forces are increasingly being drawn back into the fight, even though President Obama declared an end to the combat mission last fall. Last year, 22 American military personnel were killed in Afghanistan, half of the deaths classified as "hostile."

Hey, Wasn't The U.S. Supposed To Stop Fighting In Afghanistan?

McClintock, the first American to be killed this year, was with his fellow Green Berets when they went to Marjah, in Helmand province, a town grimly familiar to American troops. Dozens of Marines were killed there five years ago, and since then the Taliban have slipped back in.

So the Americans once again came to help. In the gun battle that killed McClintock on Tuesday, two other Americans were wounded, along with three Afghan troops.

"They are forward deployed with Afghan commando units and they are very much in the thick of these fights," says retired Lt. Gen. Dave Barno, who once led U.S. forces in Afghanistan and now teaches at American University. "Special operations forces are going to be in the thick of this coming battle whether we want to talk about that or not."

But administration officials choose their words carefully when they talk about it. 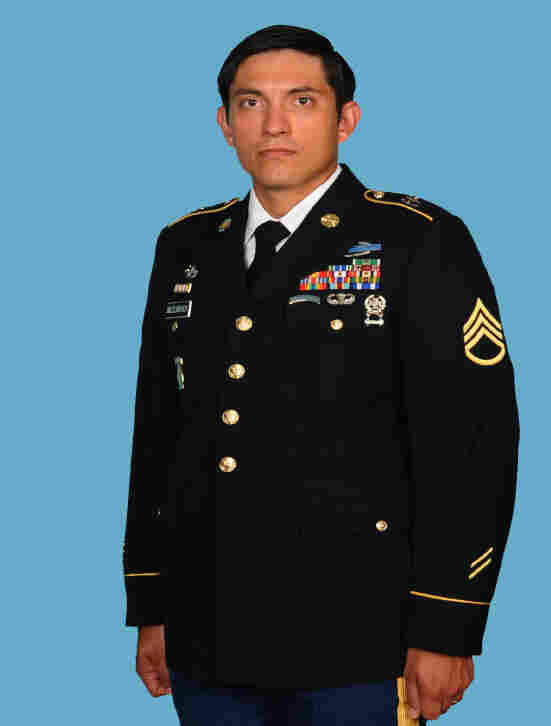 That's because in October, President Obama insisted America's combat mission was over and Afghan troops were now in the lead.

"Our forces therefore remain engaged in two narrow but critical missions," he said, "training Afghan forces and supporting a counterterrorism mission against the remnants of al-Qaida."

Al-Qaida — not the Taliban. But it appears that training mission is becoming more of a partnering effort with Afghan forces battling Taliban fighters.

And that makes things more difficult for officials like Pentagon spokesman Peter Cook. When asked if the combat mission continues for American troops, he said they were in harm's way.

"This was clearly a combat situation," he said, "as we have seen painfully in this particular instance."

A "combat situation" — not a mission.

This week's firefight by American and Afghan commandos was not the first. Back in October, American special operators headed to Kunduz, after the Taliban seized the northern city and scattered the police force. The Afghan troops needed American help once again.

The top commander in Afghanistan, Gen. John Campbell, described what happened next. Afghan commandos streamed into a police compound in Kunduz with American special operations forces.

"By the early morning hours of Oct. 3, U.S. [special operations forces] at the compound had been engaged in heavy fighting for five consecutive days and nights," he said.

Heavy fighting for five days and nights is not unusual. Throughout the country, the Taliban are gaining ground. Casualties are increasing by double digits among Afghan forces.

Barno, the retired general, said it's likely more American troops will be drawn into such battles.

"So I think the American people are grown up enough to accept this," he says, "if we're willing to talk about this honestly by our political leadership. And that, unfortunately, has not been the case so far."