Accessibility links
Denmark Wants To Become 'A Little Bit Less Attractive' To Refugees : Parallels The Danish government is determined to persuade asylum seekers not to come to Denmark. Its plan to order police to seize cash and valuables from asylum seekers is sparking an outcry. 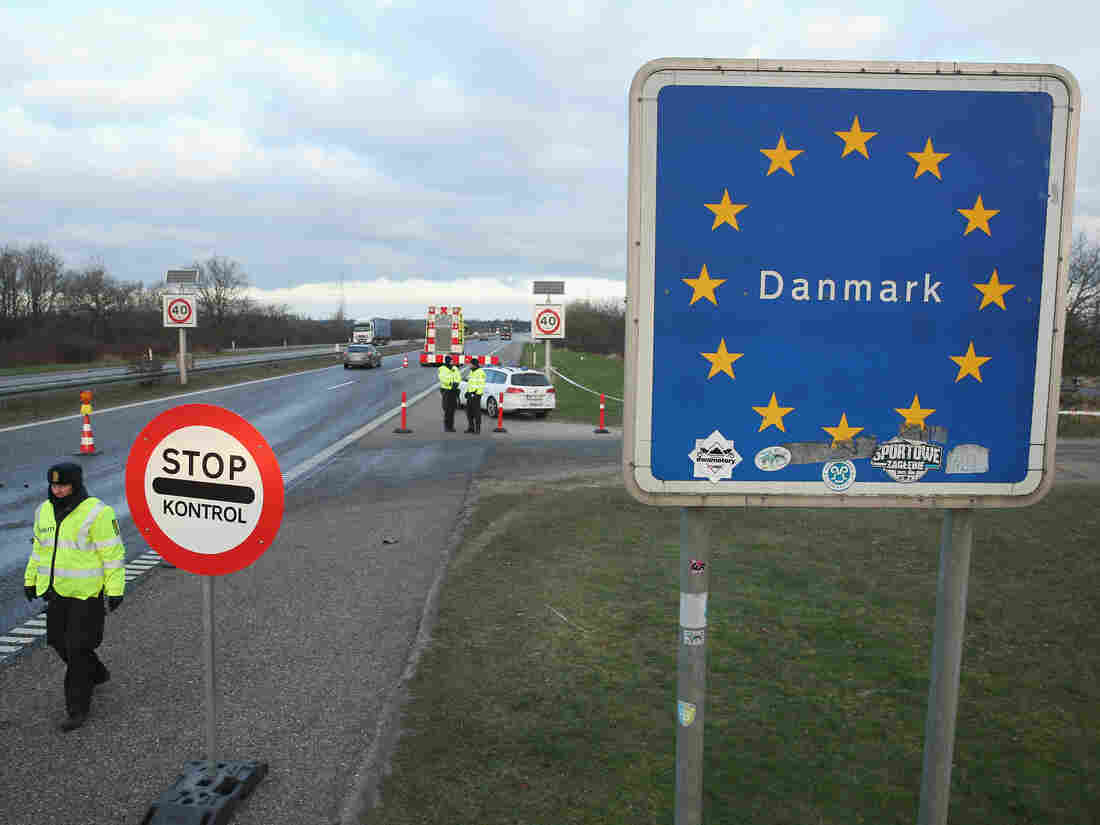 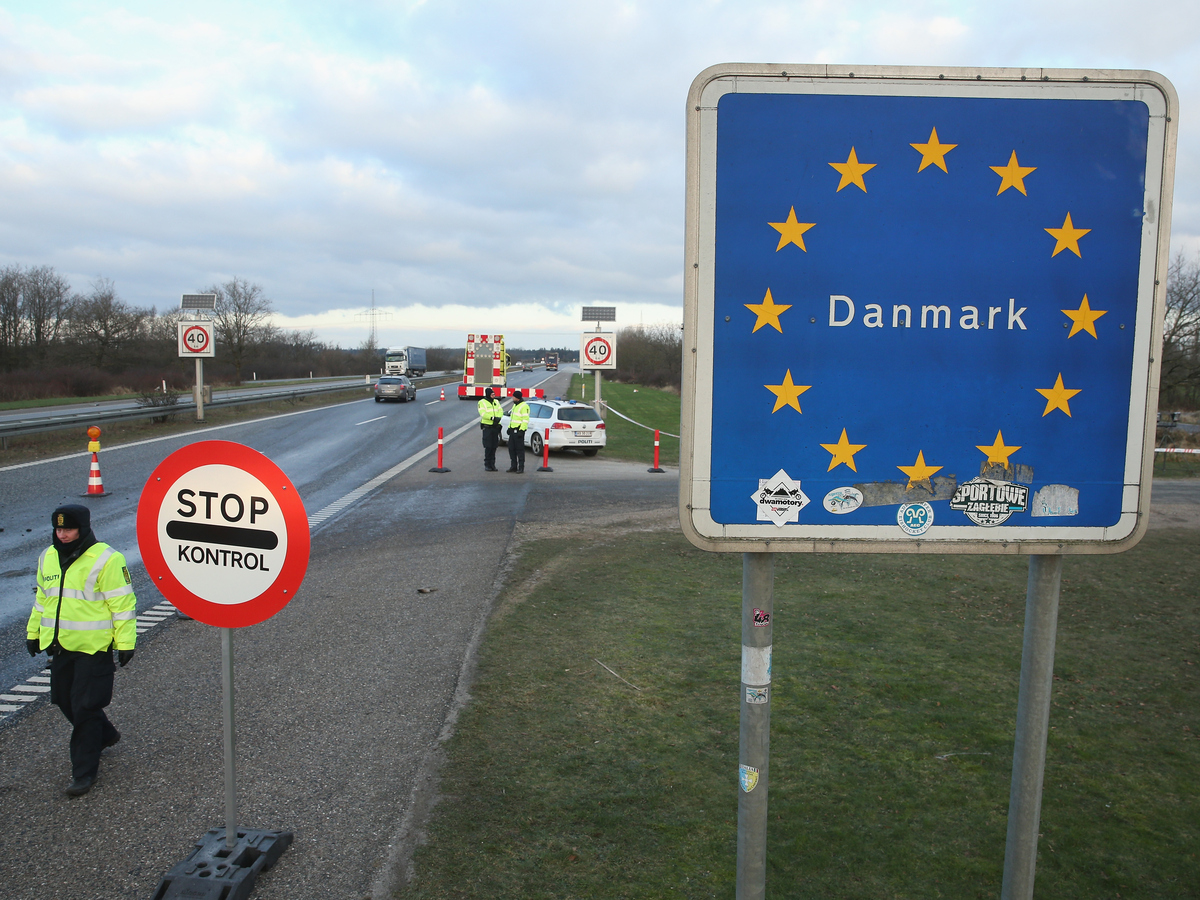 Danish police conduct spot checks on incoming traffic from Germany at a highway border crossing near Padborg, Denmark, on Jan. 6. Officials say they've been overwhelmed by the 20,000 asylum seekers who came to Denmark last year.

Denmark is expected to adopt a law on Tuesday requiring police to seize cash and other valuables from some asylum seekers as they enter the country.
The seizures, which would go toward defraying the cost of refugee care, are being widely criticized as a violation of human rights.

In Elsinore, the eastern Danish city where Shakespeare's Hamlet is set, asylum seekers at a Red Cross center learn rudimentary Danish as they wait to hear whether they will be allowed to stay in Denmark. But the lesson is hardly as interesting to residents as telling journalists about the proposed law authorizing seizures and other restrictions on new asylum seekers.

Mehran Ziai, a Kurd, claims Hungarian border guards stole his phone, his new clothes and about $130 in cash, so Danish authorities couldn't confiscate anything from him anyway. But he says if he'd known about the proposed law when he came from northern Iraq five months ago, he might have gone elsewhere.

"I had no choice but to come to Europe," he says, "but maybe I wouldn't have come to Denmark, because I see now they don't like refugees here. Maybe I would have gone to Sweden or Norway or another country."

Such second-guessing is exactly what the center-right government in Copenhagen is looking for, especially by refugees who are thinking about coming to Denmark. Officials say they've been overwhelmed by the 20,000 asylum seekers who came last year, even though that number pales in comparison to what neighboring countries have taken in.

"As you know, we are a very small country of just 5 million people with a very, very generous welfare system, which makes us one of the most attractive destinations in Europe and we've received numbers that we are finding difficult to integrate," says Marcus Knuth, a Danish Parliament member and spokesman for his government on immigration and integration issues. "We need to take measures to basically make Denmark a little bit less attractive compared to the other European countries that people seek asylum in."

The Danish politician rejects criticism of the law, saying Switzerland and some German states already take harsher measures. Nor would police be taking wedding rings or other sentimental belongings, as some media have claimed, Knuth says.

Even so, some Danish supporters of anti-asylum laws say the proposed seizures of cash and belongings of asylum seekers who bring in more than $1,450 per person to Denmark would be symbolic at best.

One such asylum critic is journalist Mikkel Andersson, who writes for several publications, including the satirical Danish equivalent of The Onion.

"People are traveling to Denmark to make a permanent home here," he says. "I completely understand that. If I were living in Iraq, I would probably attempt to do the same thing. But what the result is, is that Denmark is spending a huge amount of money on helping a few people."

Andersson says would-be asylum seekers are more likely to be deterred by provisions in the Danish draft legislation to limit asylum to one year at a time and bar refugees from bringing their families to the country for at least three years — even if they are living in war zones.

Back at the Elsinore asylum center, most residents NPR interviewed predict the new law won't make a difference.

"Even if all of Europe tries to make things harder, people will still come," says Loghman Rezaie, an Iranian Kurd. "The Danish government can also pressure people who are already here to return. But where are we supposed to go?"